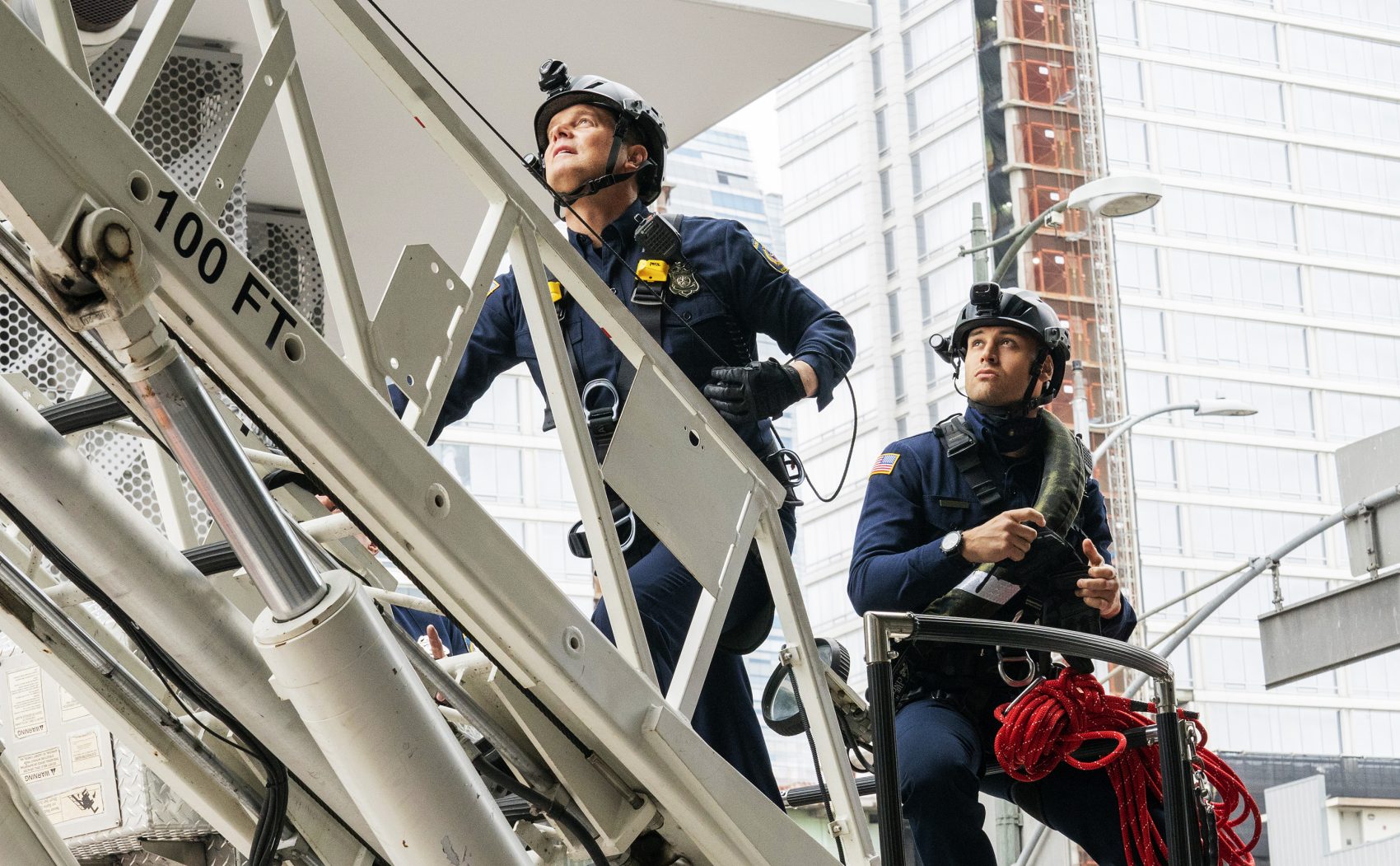 9-1-1 has never been shy about going for the jugular in their episodes. Sure enough, this episode did just that. “Suspicion” certainly had us worried about multiple characters and down to the very last second, the writers, actors, and everyone involved had us by the throat. From a suspicious mother to Hen worried for her own mom, the characters went through it. 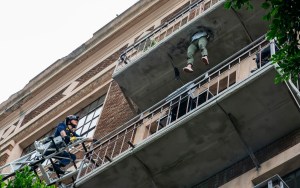 Hen worries for her mother

When Toni begins to exhibit signs of back pain, Hen is naturally worried about her. Unfortunately, when she takes her to the hospital, her concerns are brushed off by the doctor. Try as she might, Hen is unable to get help for her mom. But working with her fellow medical school classmates, they try to come up with various possible reasons for Toni being sick.

It’s when Toni takes a turn that Hen rushes her to the hospital. She makes sure she is properly cared for. In addition, she also goes to the first doctor and scolds him for not listening. Hen took charge in making sure her mom got the care she needed and we really were enjoying her storyline.

A mother’s silent cry for help

This episode of 9-1-1 also highlighted Maddie’s struggles as a new mom. Not sleeping enough with a colicky baby, Maddie is monotone and going through the motions this episode. It’s clear she is suffering, but unable to realize the need to ask for help. Maddie has gone through a lot over the years and being a new mom can bring on a whole wave of emotions that make it difficult to cope.

Hopefully, Maddie finds the strength to ask for help. In an earlier episode, Buck alluded to feeling like his sister was sad growing up. Having to hide an important person in her life, surviving domestic violence, and dealing with the hormones post-pregnancy, all may have led to her developing postpartum depression. So far, it looks like Chimney may realize something is off and we know he will be there for her when she needs it.

Who is this relationship for?

Eddie and Chris prepare to welcome Carla back after not seeing her for a year. Ana is also present, although it does appear as though she is separate from the boys’ joyful reunion with them. During a moment alone, Carla quizzes Eddie on his relationship with Ana. Eddie responds that it’s “easy” to be dating her. It’s an interesting choice of words to use, especially taken with what Carla says next. She wants to make sure he is dating for himself and not just to make Christopher happy.

This, along with the look Eddie has on his face when he looks at Ana with Christopher, leaves me to wonder just how he really feels about the relationship. Does he want this for himself? Or is he trying to do this for Christopher’s sake? Christopher may have reacted badly at first, but he appears to get along with her. But Eddie should be happy as well and if he isn’t, he needs to figure out what is in his heart. I admit, Eddie’s behavior in an earlier episode of 9-1-1 struck me as odd. But if he was really trying to push for something for Christopher’s sake, then it makes sense. He needs to figure out what he wants as well. If it isn’t Ana, then for both hers and Christopher’s sake, he needs to do the right thing.

Bobby and Athena are also not doing so well. He has been secretive and Athena is suspicious of his behavior. When she finds out the reason, she’s upset with him for not telling her. It turns out he has been sponsoring the mother from the highway accident that almost killed Albert. Athena is upset with him for not talking to her about things. He turns it back around on her, about how she does things without talking to her.

While we understand Athena is used to doing things on her own, Bobby also has his own feelings. He wants them to be able to talk to each other and it’s clear they do need to work on their communication. I’m positive they will be able to work things out and sometimes it does take hard work to really fight for the ones you love.

The main 9-1-1 emergency of the episode involved a mother who got stuck after falling through her balcony. She claimed throughout that her son, Charlie, couldn’t leave the apartment due to an autoimmune disease. When Eddie offers to watch the boy while she is being checked out, he begins to notice some odd comments but doesn’t think much of it. It isn’t until Ana alerts him to multiple fund me accounts that something is wrong.

Carla mentions that the woman constantly seeking different doctors could be due to doctor shopping. Eddie is completely shaken by the news and lets Buck and Chim know the next day as they are coming in to work. They figure out that the son is being poisoned with eye drops Eddie noticed in a cabinet.

When a second emergency occurs at the apartment, Eddie and Buck rush over, where the 133 crew are responding. As two ambulances are loading up the mother and son, Buck and Eddie are speaking to each other on the street. Before either can get another word out, a gunshot is heard and Buck watches in stunned silence as Eddie is shot. The shoulder wound causes blood to spatter all over Buck’s face and white shirt. His stunned, frozen demeanor doesn’t change as he wordlessly watches his best friend falls to the ground.

Realizing something is wrong, the captain of the 133 immediately pulls Buck down to safety. Buck, who can barely even move let alone speak, helplessly watches from the ground as Eddie begins to bleed out. 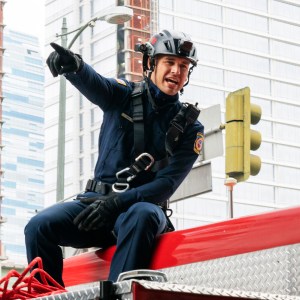 There are no words for how devastating this scene was. The moment where Eddie and Buck stare at each other in stunned shock, just before Eddie collapses, is so powerful and heartbreaking. Ryan Guzman and Oliver Stark managed to capture the raw emotion behind their characters. Eddie’s shock and confusion about what just happened and Buck, completely motionless and stunned. They made such an impact in this moment and knowing that eventually Buck will come back to himself just has us urgently anticipating the next episode.

Buck, in this moment, trying to process what just happened. can’t even bring himself to move. This almost causes him to be shot. But as we see, the sniper moves from Buck to the captain just as he is pulled to safety. For this reason, I think whoever the sniper is, they have no idea Buck is a first responder. Since Buck raced to the scene before changing into his work attire, he just looks like a civilian. So who is this person and why are they targeting them?

What’s going to happen next? Will Eddie survive? Will Maddie get the help she needs? So many questions and now we’re going to spend the next week just watching that scene and trying not to go crazy with theories.

Let us know in the comments below what you thought of this episode of 9-1-1. Find us on Twitter for more content.