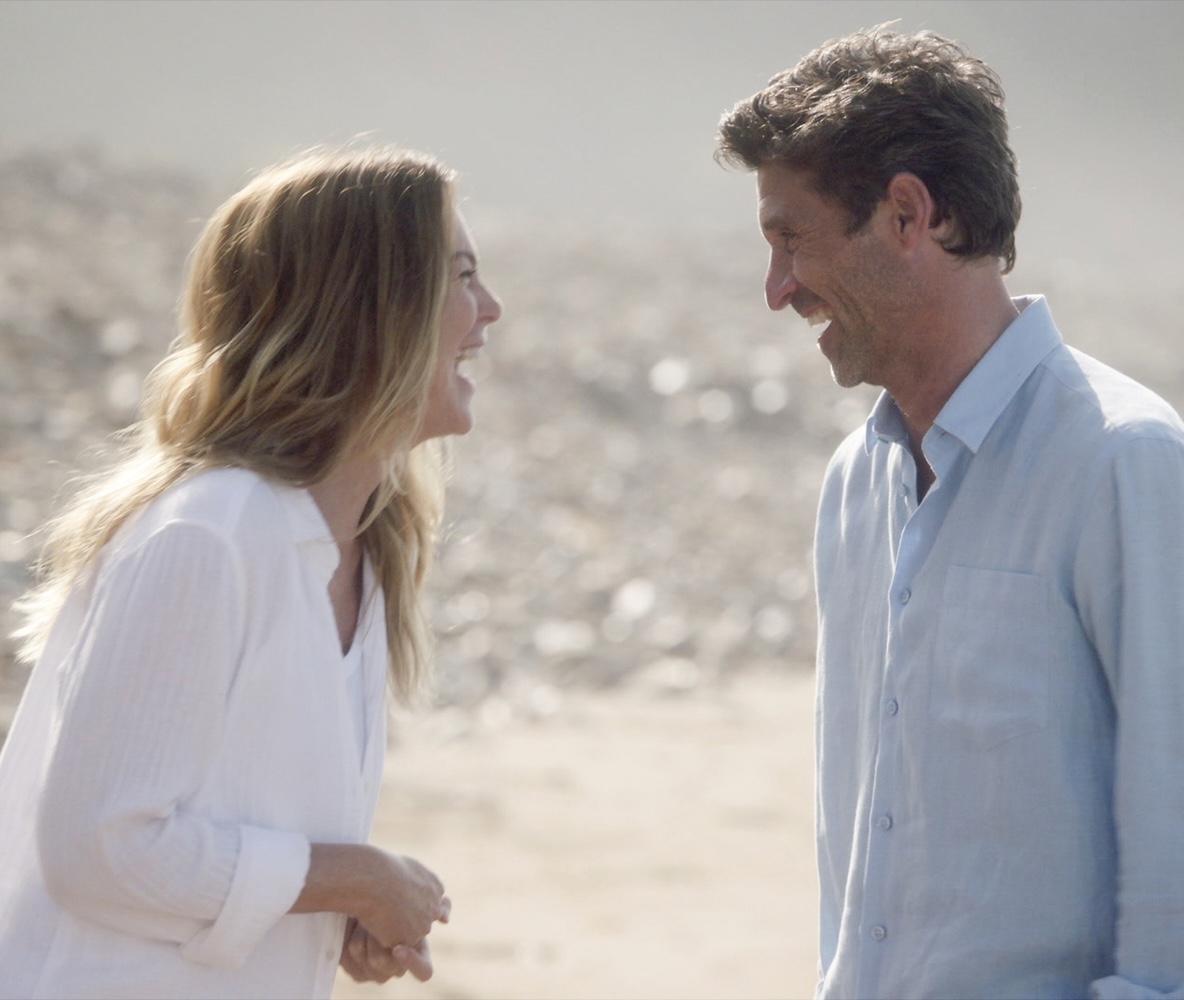 This season has had more outdoor scenes than I think any other season. Okay, who would have thought the words beach and tranquility would describe a scene in a show about a bunch of rock-star surgeons. Yet here we are again with most of the episode with Meredith at that darn beach. So keep reading for my Grey’s Anatomy 17×13 recap!

Jo is upset with Bailey because she finally confronted Bailey about transferring to Pediatrics. Jo has had so much sorrow in her life that she wants to be happy. Babies being born makes people happy. Bailey, on the other hand, believes the hospital needs more surgeons. With Meredith still in dreamland, Grey Sloan is out one surgeon. Bailey does not want another surgeon out of rotation, so she declines Jo’s transfer. 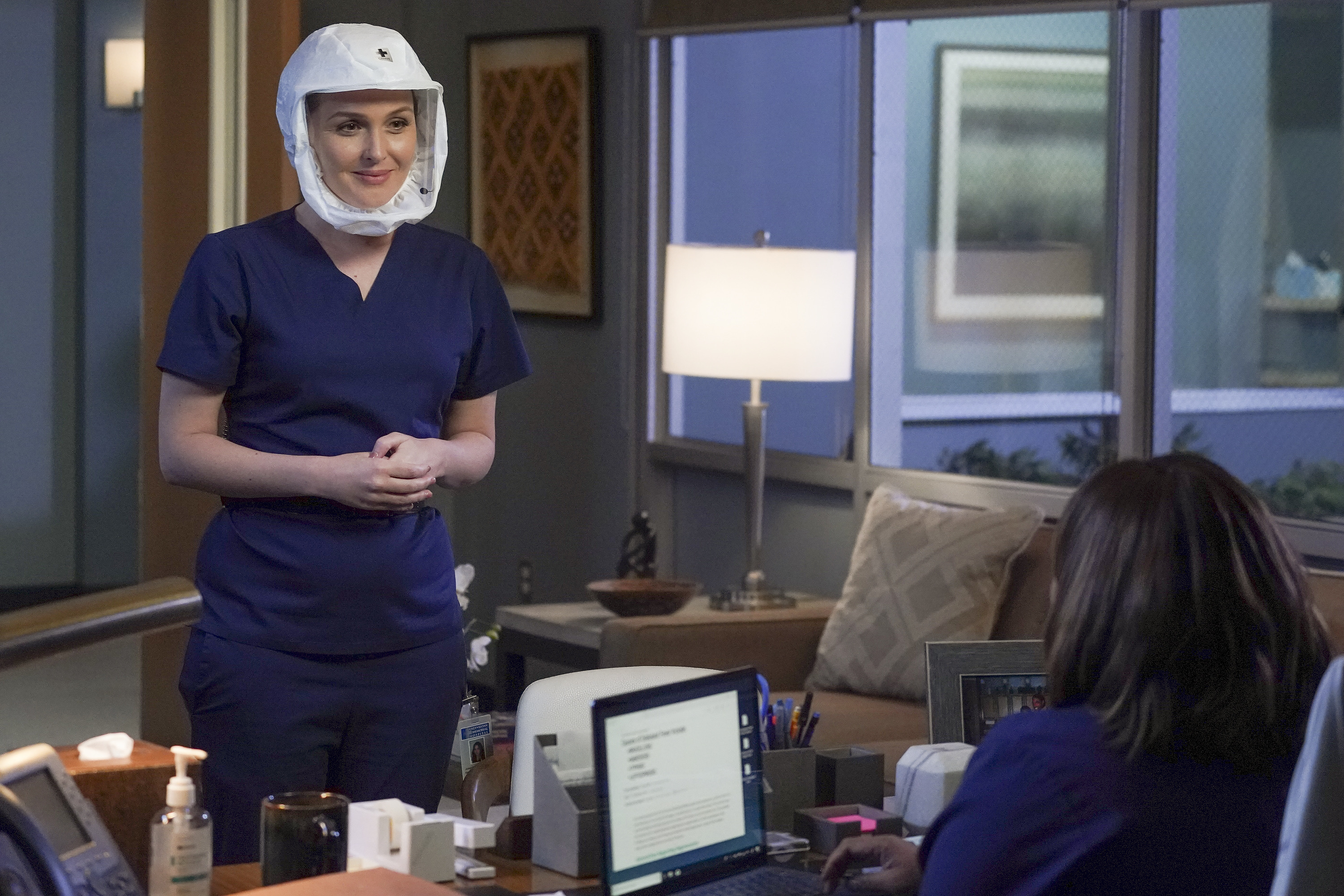 Schmidt is upset with Nico since the two of them are back together. I do not think Nico knows what he wants. Nico will not make room for Schmidt’s belongings at his apartment. Yet when Nico finally suggests that Schmidt move into the apartment with him, Schmidt makes up some excuse and leaves. These two are always going back and forth. Will they ever get it right?

A sweet ICU nurse is finally being released from the hospital after contracting Covid. It gives the doctors a bit of hope that maybe Meredith will recover. Yet Teddy is still nervous that Meredith has not woken up. And now Meredith’s liver enzymes are high.

Ghost Derek shows back up at the beach with Meredith. Meredith points out that dying is exhausting. Derek retorts that Meredith needs to go back. Their kids need her. Her family needs her. And the hospital needs her. Her body may be tired, but her soul is still fighting to stay alive.

Link is having a virtual check-up with one of his patients. Amelia jumps in and assesses Felix’s progress, which makes Link upset. Amelia explains that she misses surgery and that something neurological might be wrong with Felix. Link tells her that Felix just has a shoulder injury and should be back to his baseball career soon.

Felix’s scan shows that he has a tumor. Amelia was correct and now must perform surgery. If she is off by a millimeter, he could be paralyzed. For a moment Amelia is paralyzed until Link cheers his baby momma up from the gallery. She ends up performing the surgery and Felix will be fine.

Teddy orders a CT scan on Meredith and finds that she has a clot in her liver. She thinks that Winston can do the surgery, but he is too close to the case. He is engaged to Meredith’s sister. So, Teddy will need to do the surgery. Richard asks Teddy three times if she is okay to do the surgery. He tells her about breaking down earlier in the day after informing a set of parents of a young kindergarten teacher that their daughter died. She was fine yesterday but died today due to Covid. If Teddy makes one wrong move and something goes wrong in Meredith’s surgery, it will break her.

Teddy asks Winston to assist in the surgery. She tells him that two of the finest cardiovascular surgeons can operate. They will leave egos at the door and watch each other’s back. After the surgery is a success, Meredith still does not wake up. Winston thinks a visit from Zola could work. But it could also get him fired. He calls Maggie to bring Zola to the hospital.

Bailey and Schmidt work on a lady who gave Covid the bird. The woman quit her job and lives her life to the fullest now. She learns to roller skate, make peanut brittle, and jumps into deep holes. But the last one caused her internal bleeding. Bailey thinks the lady is silly, but Schmidt praises her.

Bailey realizes that the patient’s viewpoint is valid. So Bailey thanks Erica, the patient, for the importance of joy. She tells Jo that she can switch to Pediatrics. Yet, in the end, Erica decides to go back to her job.

Teddy is hyperventilating in the on-call room. Owen tries to calm her down and instead pushes her away. Teddy tries to calm down by kissing him, and that is not going to happen. So he tells her to cry it out and she does.

Zola is in full PPE even though it is way too big for her. While Zola talks to her mother everyone else watches from the window. As Zola begs her mom to wake up, Derek hugs Meredith goodbye. Whereas before, Derek was not able to touch her. He did mention before that her soul would not let him near her. This could be the reason why her soul was still fighting. Now, this could be her soul allowing him to say goodbye. Meredith fades away from Derek at the beach.

Zola starts to tell her mother a story about her siblings. Meredith whispers, “that’s nice” and everyone in the hallway cheers. Meredith whispers “We love you. We love you so much.” Derek walks down the beach and out of our lives again. Hopefully, this means Meredith is fully awake. The beach was beautiful, but I am ready to see Meredith the doctor, not Meredith the patient. What did you think of Grey’s Anatomy 17×13?  Do you think this is the end of the beach? Find and follow us in Twitter @capeandcastle to let us know all of your thoughts and feelings from Grey’s Anatomy 17×13! Be sure to check out our site for more content!