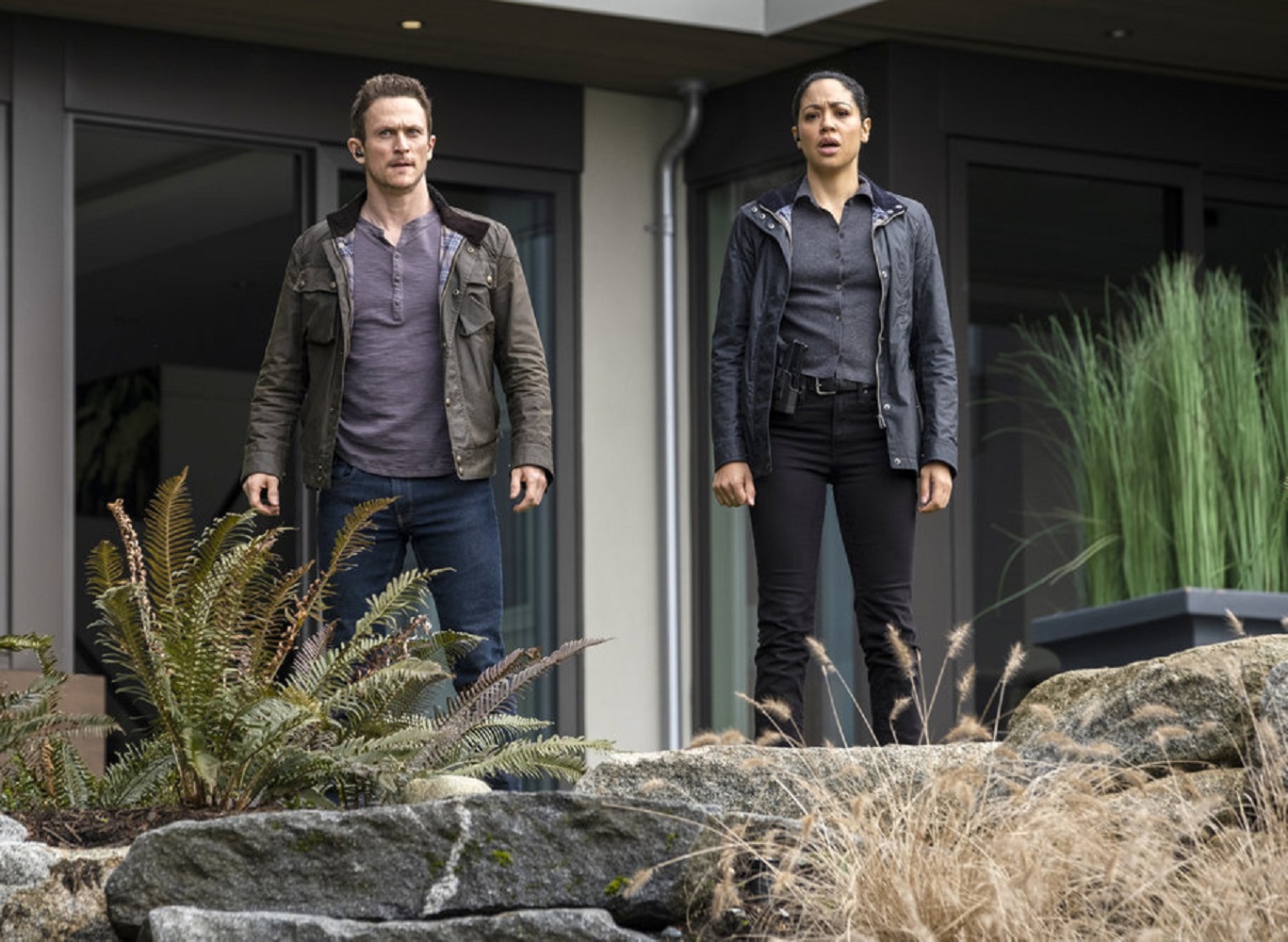 Finola and Bryan are stuck in what seemed like a neverending loop! A man gets ahold of a piece of debris that allows him to jump realities. Sometimes. Other times Shelby was just restarting the same day again and again. Which got to be frustrating as hell as the episode went on! Because every single time Bryan and Finola got close to something, that little shit Shelby would jump! Until things really went bad and Bryan was stuck in a reality where Finola wasn’t his partner! That was a big yikes from me! And the episode left off with the most frustrating cliffhanger! So keep reading for my Debris 1×09 review!

Once again, things kicked off crazy. I was lost within the first two minutes, also as usual. So at this point, I’ve pretty much come to expect it. One thing I wasn’t lost or confused about was the partnership between Bryan and Finola. And the bond between them was clearer than ever with the situation they were faced with. Especially when Bryan was left in a situation where Finola wasn’t with him. Hearing him say how important she was to him had me grinning. And the obvious emotion that he showed with his worries that he wouldn’t be able to get back to her was tugging on my heartstrings pretty freaking hard. You let them get back to each other, dammit! 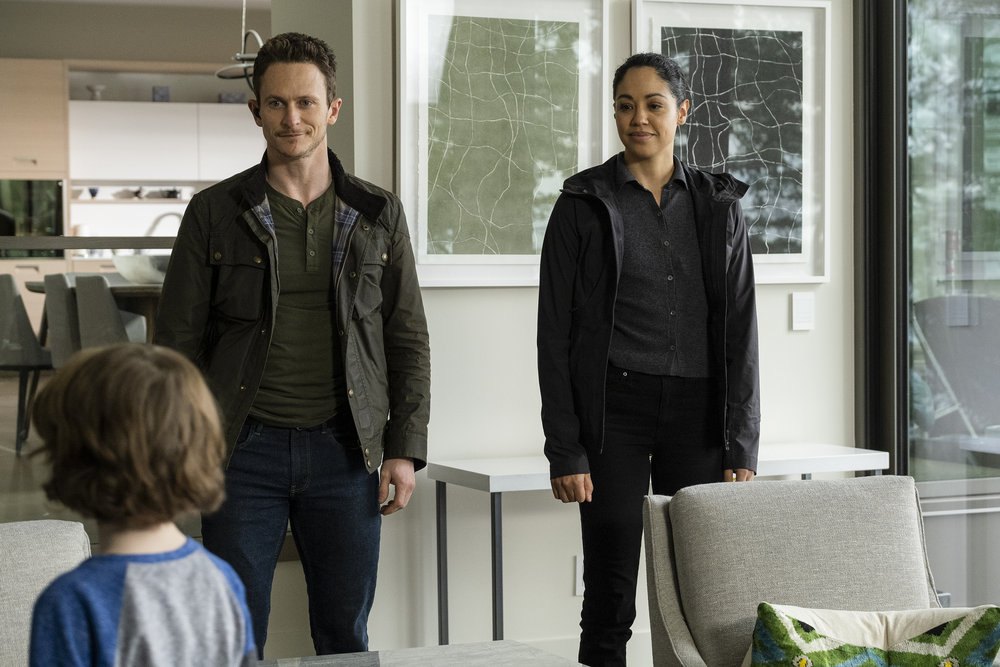 Everything came down to another case of not being able to accept that a loved one was gone. And trying to use the debris to get them back. But George made it clear that as with every other time this happens, there are going to be consequences. It was like Groundhog Day but worse. Because every time Bryan and Finola got close to figuring things out, that’s when Shelby would start things over again. Or change the reality. Whatever it was he was doing. Either way, it was frustrating as hell to watch and before the episode was even halfway over, I was ready for Shelby to go. I’d had more than enough of him and his nonsense. And the fact that because of him Bryan and Finola weren’t together!

Shelby had red flags going up all over the place. At first, I thought he was just a victim of the debris. But then it seemed like he was fine with what was happening as long as he could figure out how to use it to his advantage. Because Shelby was jumping from one reality to another, each one being different in many ways and similar in others. Sometimes he was just replaying the day. All to get his twin sister back. Shelby certainly knew a lot about what was happening with the debris and his situation. But that made sense given how many times he had talked to Finola, Bryan, and George about what was happening. Honestly, I don’t know how Shelby’s mind didn’t explode. And I kind of wished it would at one point.

Then Shelby really pushed the limits and took Bryan on a jump with him where he needed up in a reality without Finola as his partner! What the hell Shelby?! The only option for partners is Bryan and Finola. And the more Shelby cycled through things and Bryan’s partner wasn’t Finola, I was freaking out. Also, George said not to let Shelby keep jumping realities because of the consequences. And that was before Shelby jumped about fifty more times! The fact that the episode left off with Bryan not being in the right reality where Finola is his partner left me freaking the hell out. These two have overcome every other obstacle that’s been thrown in their path. So I need them to do the same with this one.

There is no way in hell that Bryan is going to give up on finding his way back to the correct reality. But I don’t know how he is going to manage to jump them again. Not with the partner in his current reality. Grace. Yeah, I’m not a big fan of hers. She says that she has known Bryan for five years. But I don’t care which reality we are talking about, if you know Bryan then you would believe him when he tells you something isn’t right. And Shelby clearly knew what Bryan was talking about so Grace should have at the very least been willing to hear Bryan out. What kind of partner runs and tells the boss before asking your partner for the full story of what they think is going on? And was what Bryan was saying that far-fetched? Really? 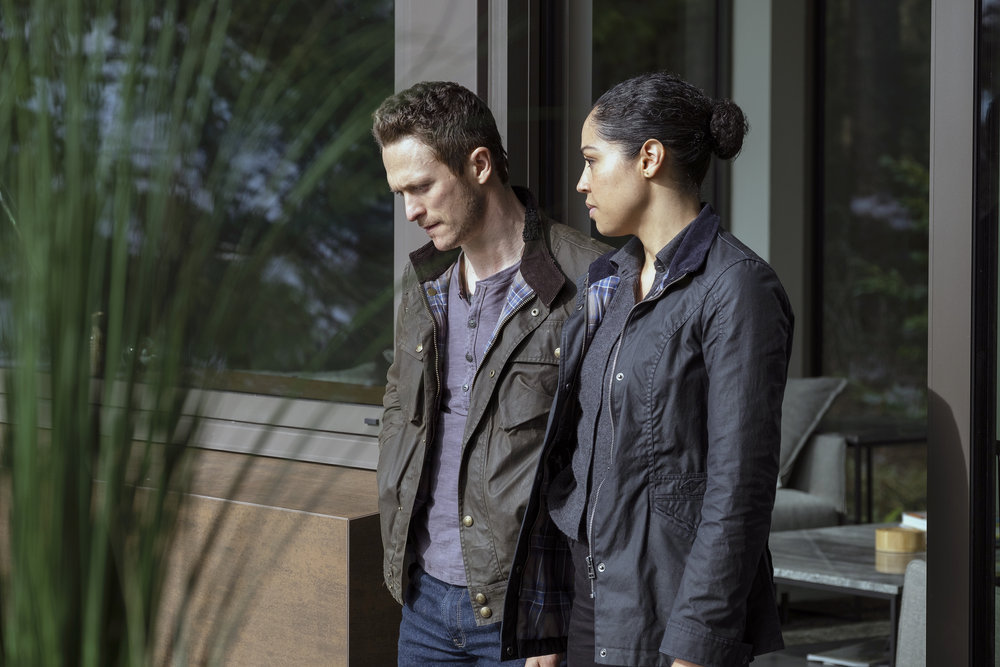 What did you think of Debris 1×09? Were you frustrated with Shelby and how many times he jumped realities or made the day restart? Or did you understand the motives for why he was using the debris to his advantage? Will Bryan be able to get back to the right reality where he and Finola are partners? How is he going to get past his partner in this reality when she is being told to stop him at all costs? Is the Finola in Bryan’s current reality going to take a leap of faith and believe him? Find and follow us on Twitter @capeandcastle to share all of your thoughts on Debris 1×09 with us! Be sure to check out our site for more content on all things  Disney and beyond!