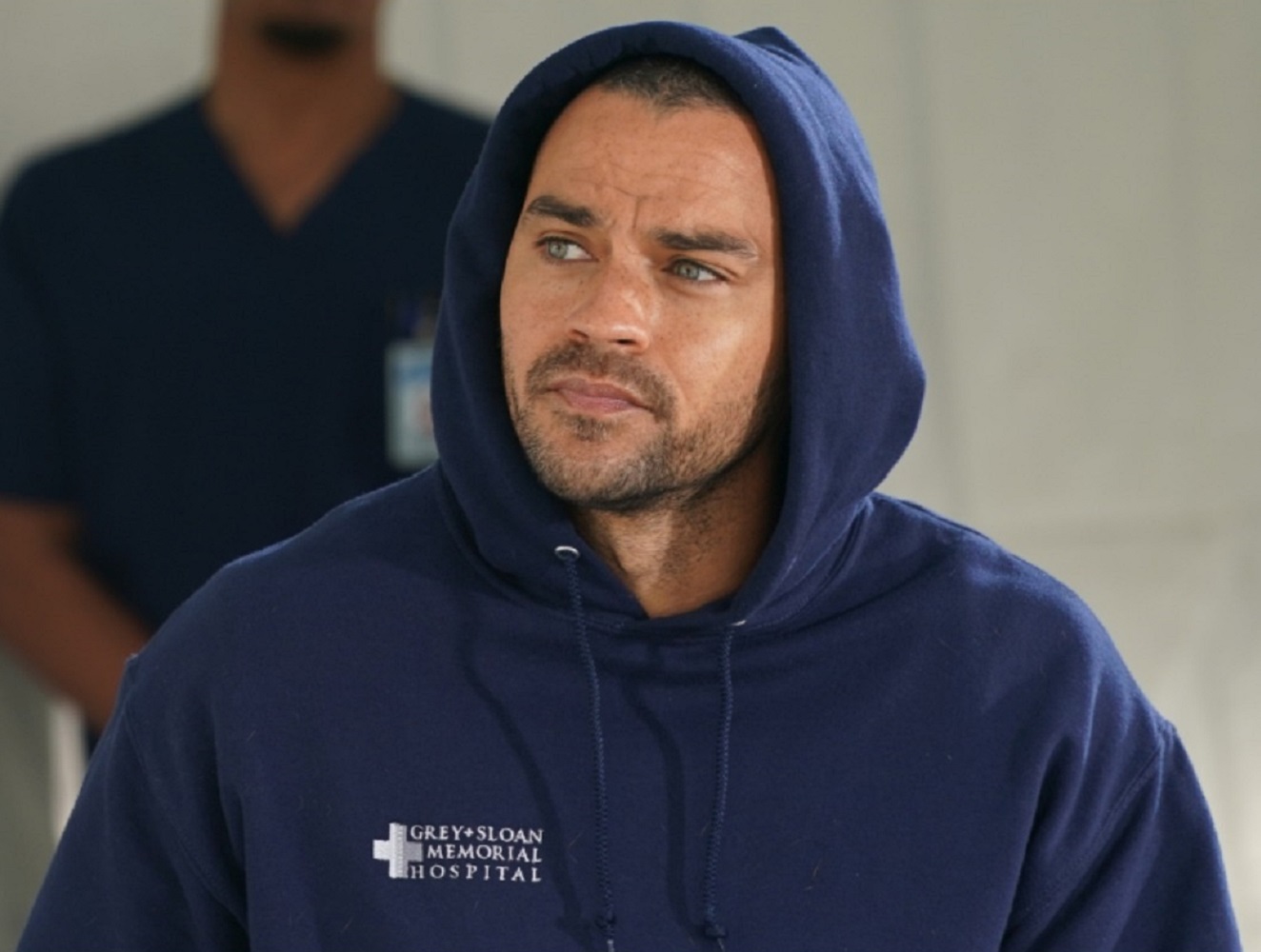 This week’s episode was a bit different than before. It did not deal with Covid as much as before, nor did it deal with Meredith in her dream-like state at the beach. No beach scenes and not as many medical drama cases. Instead, we invested an hour of injustice and conspiracy theories. So keep reading for my Grey’s Anatomy 17×12 recap!

Jackson comes across a rally in his morning run. People are rallying about George Floyd’s death and the upheaval from the doctor’s point of view. Do you march or not march? Richard does not want to miss the march, so he leaves the hospital to march. When Jackson is running, he figures that the hospital needs him more than a group of protestors.

On the way to the hospital, Jackson comes across Hayes and his two children. Hayes needs stitches to his head, which is bleeding from a misfortunate mishap. Hayes refuses to let his sons back into the crowd since things are getting too rowdy. A lady that Richard meets at a rally is bought into the hospital. She has a tear gas canister protruding from her neck. Richard brings her into the hospital angry. He shares that they were marching peacefully. He says that it was a beautiful scene until it turned into a frightening mess.

The truth brings people together per Richard. He tells Jackson this while they are operating on Nell. We learn that Jackson has never been to a protest. Jackson was always working, studying, or writing checks instead of being at the forefront. After the surgery, Jackson, Richard, and Hayes gather to congratulate each other on a successful surgery. Richard informs Nell that she can go back out to the protest soon. Suddenly, Richard and Nell are comparing actual battle scars from protests. 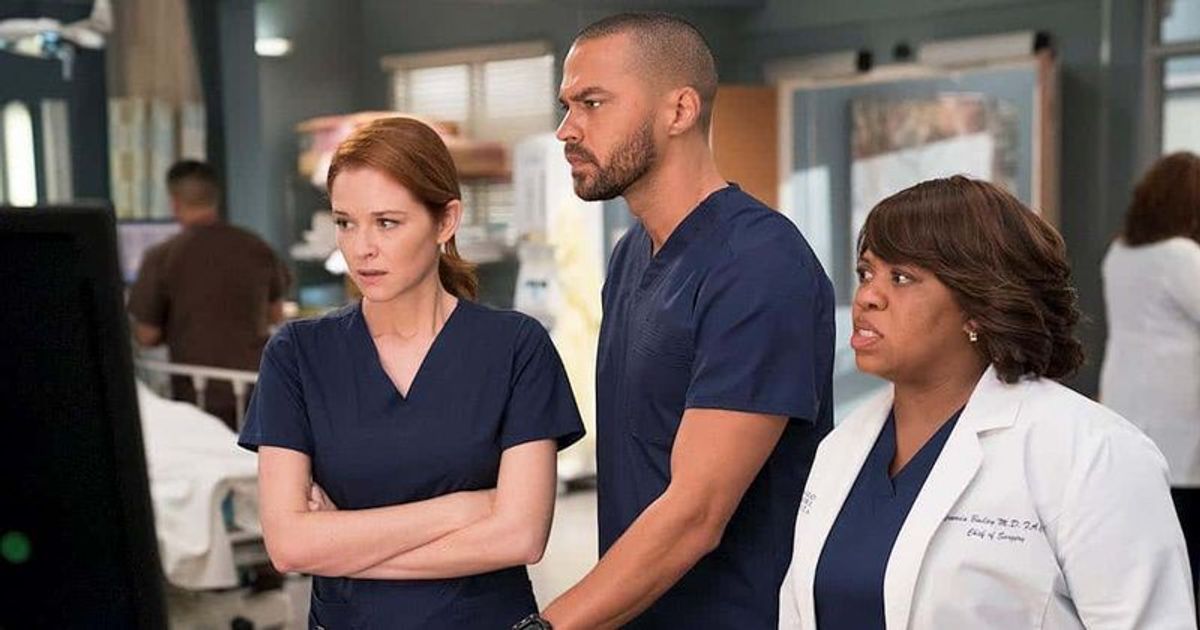 Nell recounts her first rally which was the “I Have a Dream” speech in Washington DC. She tells them that it was amazing, and the three men stand a little straighter when she says the air “felt like a possibility”. Hayes decides to let his boys continue to protest if they like. While Jackson fights with his mother, wondering why they have no battle scars. He then gets into his car and sets his GPS to 11 hours away.

Maggie is worried about Winston traveling across the country to get to her. He found them a place to live, yet she is more worried about him. The heightened violence in the nation makes her on edge. She is more on edge when Winston is pulled over by two white police officers while she is on the phone with him. Maggie begs with him to keep her on speaker, but the police officers demand he disconnect the call. Winston does everything right, but he is still told to disconnect the call.

The phone is disconnected, and Maggie does everything she can to reach Winston. While she is in surgery, she asks an intern to keep trying to connect. A teenager is bought into the hospital with a rubber bullet to his chest. The boy goes into v-fib and Maggie needs to do surgery on him. Before she does, she pages Richard. She breaks down to Richard, and he tells her he will keep calling.

Bailey has a male patient that comes in that believes Covid is a scam. He shows all the symptoms of Covid, and yet he believes the government is paying the hospital and doctors to make people sick. The hospital and doctors in exchange get a kickback. Bailey complains to Teddy. Both women realize that Covid gave them a nervous breakdown and a dead mother.

Bailey then walks the guy through all his ailments. She explains that they are all symptoms and side effects of Covid. He has a blood clot in his leg that can eventually kill him. He asks whose leg is on the screen because it is not his since he runs every day. Bailey begs him to let her treat him; he ends up leaving the hospital. But later he is bought in from outside of the hospital. He stops breathing and is declared dead. Bailey loses it and needs a hug.

Schmidt is with Meredith most of the episode. She is still unconscious. Schmidt takes her into the hyperbaric chamber. The two of them must share the chamber with another patient and the new intern. The patient’s stomach bursts open, and the new intern is useless. Schmidt even freezes until he hears Meredith’s voice in his head on what to do. He fixes the situation and realizes he might just become a good doctor one day. 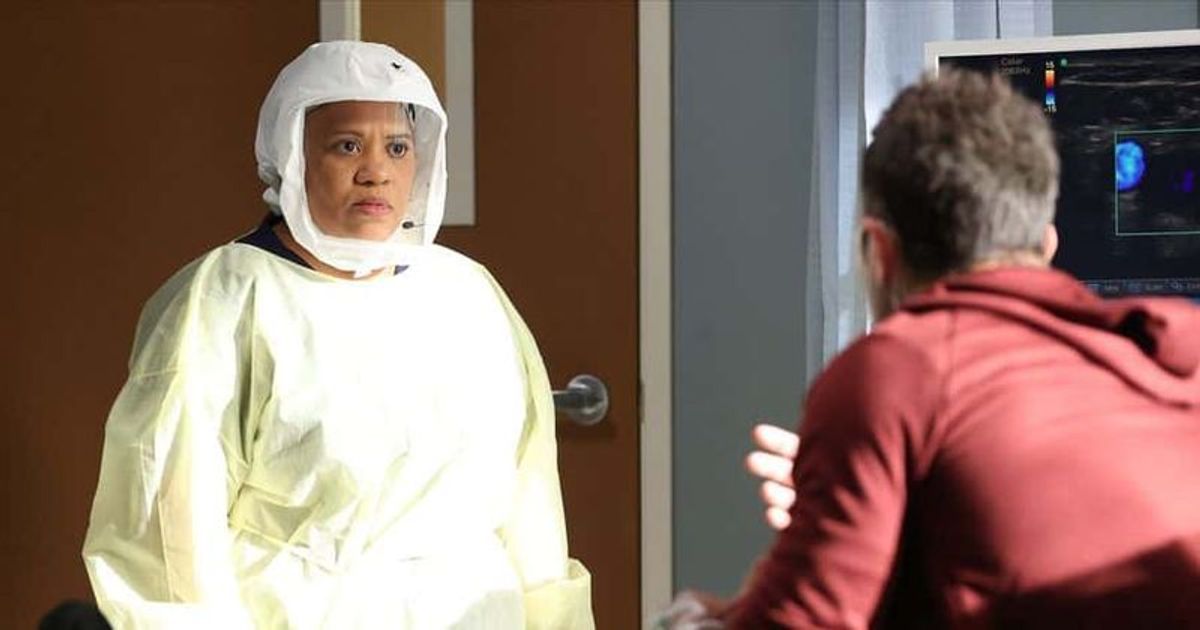 Maggie finally gets a hold of Winston. She’s ecstatic he’s okay, but he isn’t. He tells Maggie the police made him unpack his car and went through it. They left everything on the side of the road. Maggie walks Winston through a few calming breaths. It doesn’t help, and he falls apart. Maggie and Winston are hopeful they’ll be okay if they have each other. Jackson is hopeful he can make a difference. Bailey hopes for the world to be normal again. Hayes is hopeful about the future. Now we must be hopeful Meredith will wake up and be okay. What did you think of Grey’s Anatomy 17×12? Are you hopeful? Find and follow us on Twitter @capeandcastle to share your thoughts and check out our site for more content!