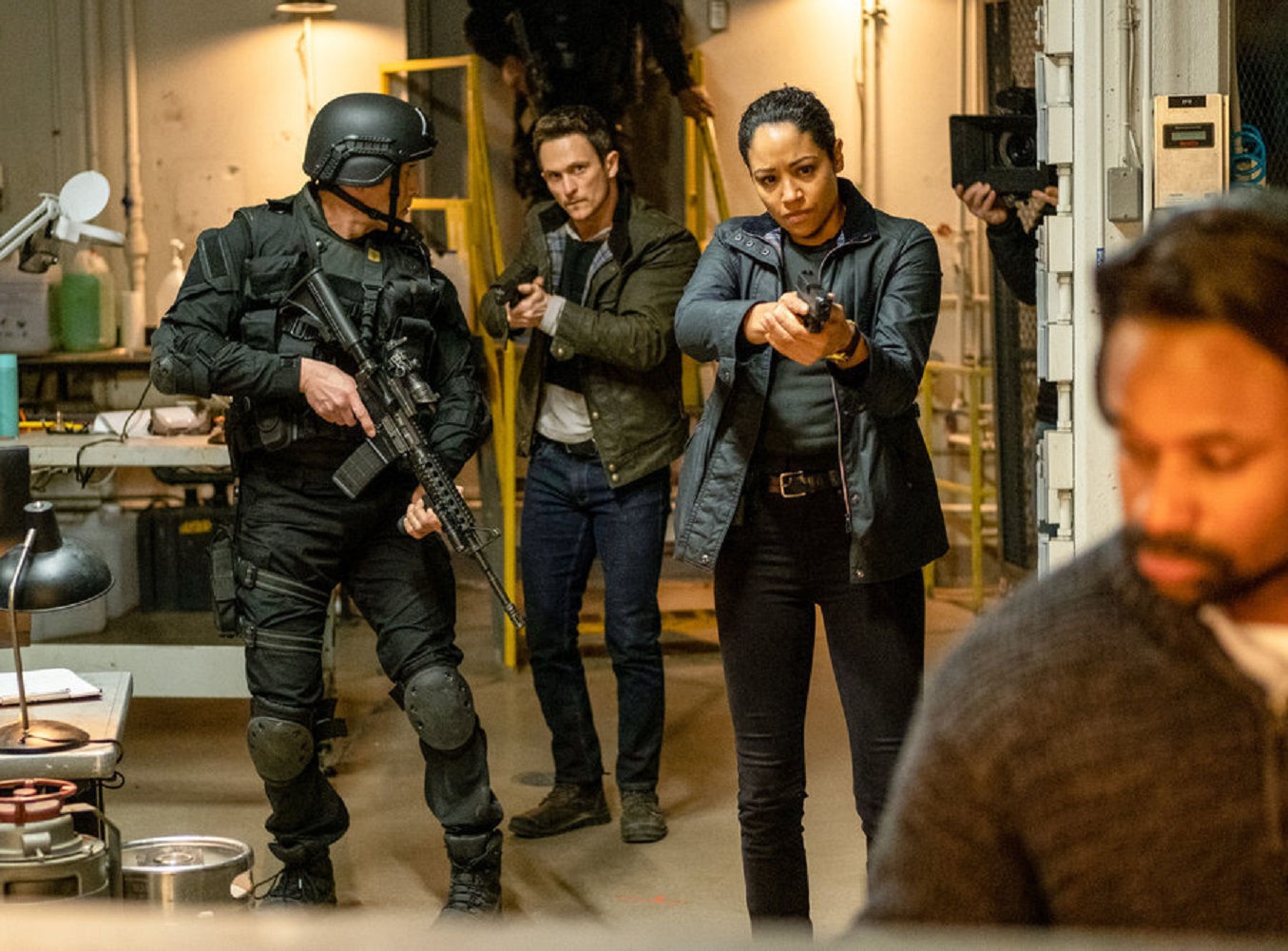 The action hit hard and fast in the latest episode! And I was absolutely loving it! There are still five episodes left after this one and I can’t wait to see how things continue to ramp up! Though I am a little worried that not all of the answers are going to be given to us by the end! Bryan goes against orders and helps Finola to save George Jones. But the battle is clearly only just beginning and I think things are going to get pretty wild from here! So keep reading for my Debris 1×08 review!

Yes! Bryan and Finola are finally doing exactly what I hoped! They are fighting together against multiple organizations! Kicking ass together and fully being on each other’s side is exactly what I’ve needed to see the last few episodes. But I will admit that it was worth the wait because these two going against everyone else was freaking epic to see. There was a moment or two that I thought Bryan was going to go against Finola and follow orders. But I should have known better because Bryan came through like a total badass. Now that I’ve had a taste of the action this episode offered, I’m going to need some more! 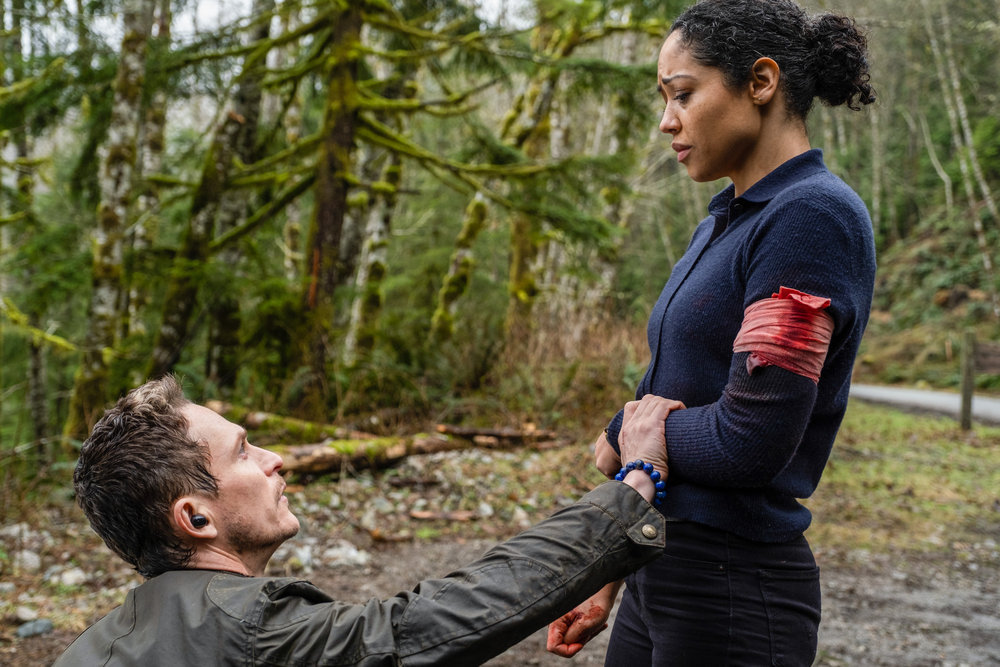 When Finola got hit, I freaked out for a second. But she’s a badass herself as she reassured Bryan that she was fine and carried on to get her father without hesitation. She’s such an incredible character! Also, I think I’ve been pretty good about not discussing my feelings on Bryan and Finola together. But in this episode, it was pretty hard to deny the chemistry between them. The way Bryan calmed her down and even the way they looked at each other had me getting caught up in my feels. I’ve been trying not to think about the romantic possibilities between them. But this episode definitely had me falling into the hole.

That opening immediately had me thinking someone out there is trying to use the debris to create some kind of super-human team. But that would be too far-fetched, right? At this point, I’m not sure if there is anything too far-fetched when it comes to the debris. And just what all of these organizations after the debris want with it. Because clearly, it’s nothing good. That woman full-on had debris implanted under her skin and it gave her powers! And judging by all the body bags, that woman wasn’t the first one experiments were being done on. Tell me they aren’t trying to find a way to create a debris-powered army!

Also, things went full Hannibal Lector there for a moment. And it had me freaking the hell out. I have no idea what all the details behind that one are. But it may be one piece of the puzzle that I’m okay not knowing about. Because gross. All that was missing was the dude throwing out a “Hello, Clarice” and my nightmares would have been coming in full effect. There are a lot of players on this chessboard and they’re all pretty freaking terrified. But if I had to pick which one I thought was the worst and most terrifying? I would definitely have to say Brill. That dude is ruthless and stone cold.

While there are still a ton of questions, I’m glad at least a couple were answered. Finding out the real story behind George Jones shed some light. Finola did see his body. But he was animated by the debris after. Great. One mystery solved. But, of course, with the solution to this mystery, it created ten more behind it! At least some of what Finola went through was worth it because Finola got to be reunited with her father. And I think it was really needed for Finola to be able to express all of her thoughts and feelings on her father’s work. Finola was able to say things to George that she never got to before. Though George was still focused on the bigger picture, at least Finola was able to express her feelings. 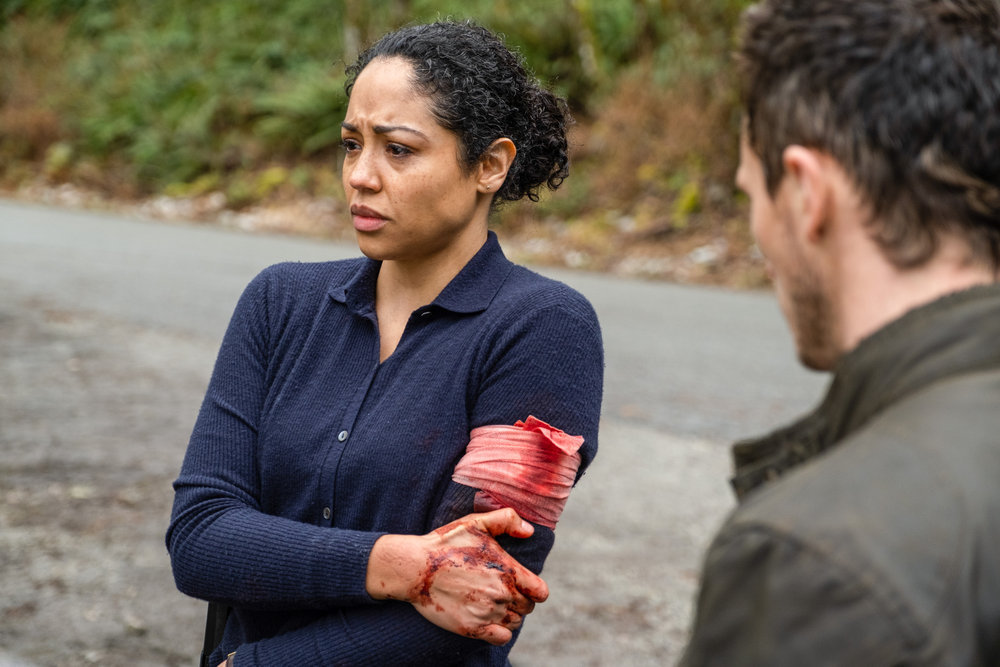 What did you think of Debris 1×08? What’s going to happen now that Finola and Bryan have both disobeyed direct orders? Is Ferris going to end up on Bryan and Finola’s side of things? Will the two of them be able to find a way to get to the bottom of everything that has to do with the debris? Do you think there is something more between Bryan and Finola? Or do you think they really are just partners? Will all of the answers about the debris be revealed? Find and follow us on Twitter @capeandcastle to share all of your Debris 1×08 thoughts with us! Be sure to check out our site for more content on all things Disney and beyond!