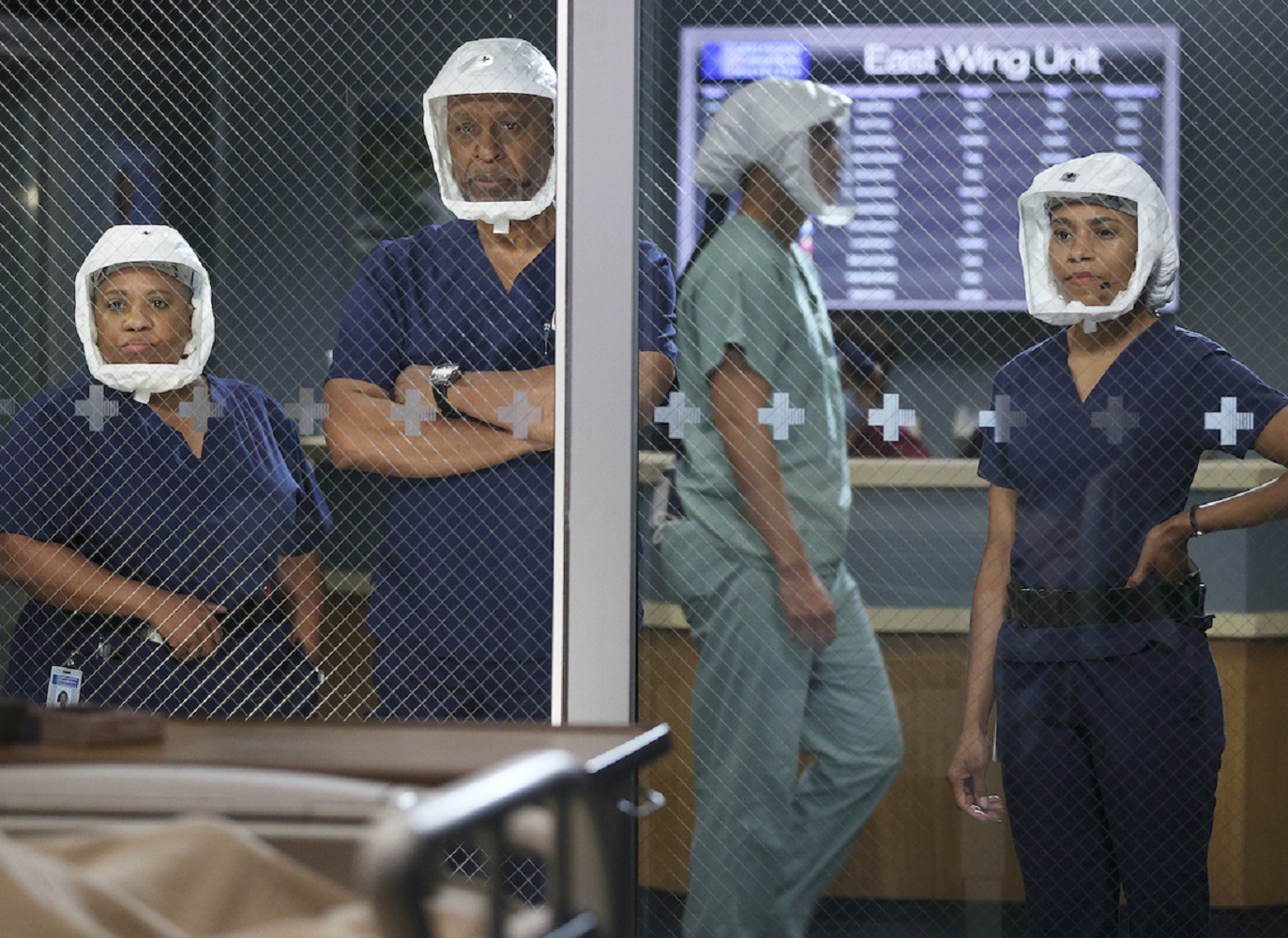 It’s about time. Finally, after ten episodes, Meredith finally wakes up and it is not as big as I thought it would be. Yet there were other things the crew of Grey Sloane had to deal with. We learn that Meredith remembers a bit about what was said to her while she was on the vent. She remembers that Jo wants to quit surgery and switch to pediatrics. Does Meredith remember the other things that were said to her? So keep reading for my Grey’s Anatomy 17×11 recap!

The episode had a lot to do with marriage. The vows, the connection, the partnership. A newly married couple is rushed to the hospital. An accident occurred the hour before on Station 19, so the storyline of the couple is already set up. It seems the bride said something awful right before the accident and wants to take it back. 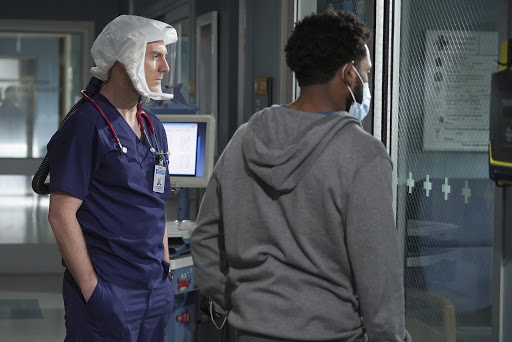 Jo works on the woman, who wants to speak to her husband. Owen and Bailey take care of the groom, who does not want to speak to his wife. He doesn’t even want to know how she is doing. The bride begs everyone that she wants to see her husband. The husband goes into surgery and admits he will have to do physical therapy by himself. Bailey tries to assure the man that his wife is the same woman she was before the accident. He realizes that could be true. So he requests an electronic tablet, calls his wife and asks for an annulment. Bailey was right, people don’t change.

Link’s parents make a surprise visit to see their grandchild. His parents whisk all of the kids away leaving Link and Amelia alone for the first time in weeks. Before they leave, Link’s mother mentions her daughter-in-law and that she would do anything for her. Only one exception, Link and Amelia are not married. After they are alone, Amelia starts crying before quality time with Link. Link is pro-marriage and even has an idea of the ceremony. Amelia admits that she is a mess and believes that she is self-destructive. She admits that she thinks about getting high all the time. Link reminds her of what she has overcome and that she is not self-destructive. They will check back on the marriage thing later and just enjoy being together.

Back at the hospital, Hayes pushes Maggie on figuring out a way to help a baby survive. Jo helps with the case and when Maggie can’t help, Hayes figures out a way. The surgery is a success and Maggie feels lock a rock star. No one tells Hayes or Maggie that Meredith is awake. Schmidt, Jackson, and Mama Ortiz are working at the free Covid testing outside of the hospital. A young man tests positive, and can’t go home. Schmidt feels horrible and tells Jackson, who comes up with an idea. Jackson hands Schmidt his credit card and tells him to book the kid a hotel room and anyone else that may need one. 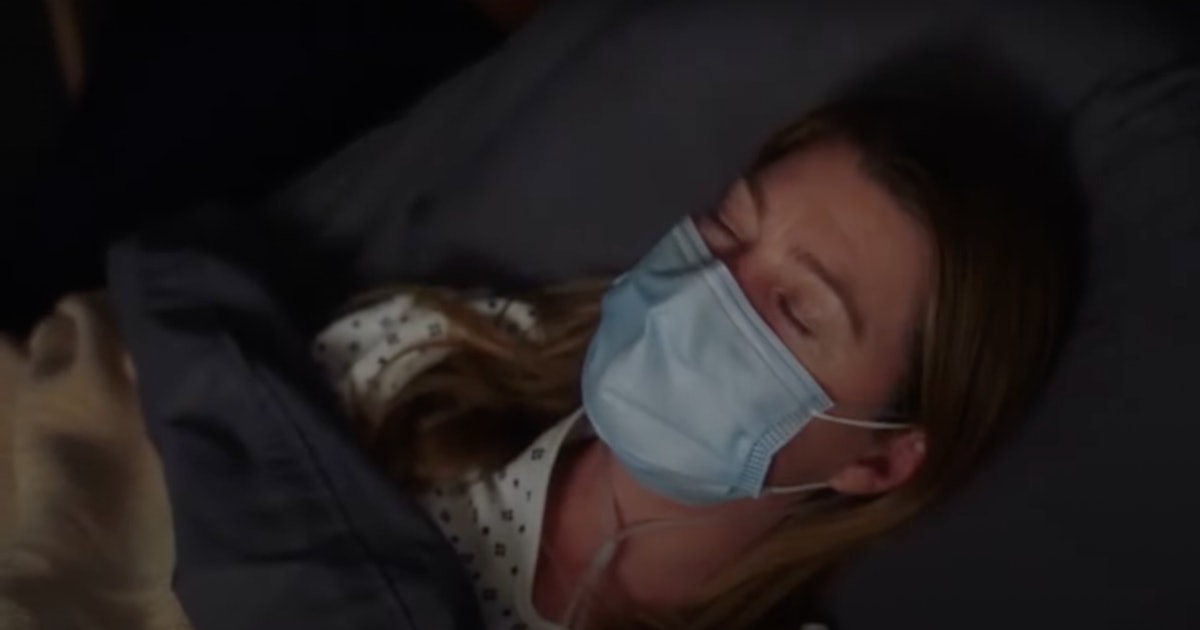 Jackson tries to help again by calling Seattle Partners to ask which hotels they are using so he does not take a bed from anyone that needs it. Ortiz says it doesn’t help long-term. Jackson has a temporary fix that may come from a good place, but what happens to those people that go back to risky jobs and overcrowded homes. Later, Jackson confronts Ortiz, and she tries to apologize for disrespecting her superior. Instead, Jackson asks for her help in helping the community. Ortiz knows the problem at hand since she was once a social worker, and with Jackson’s deep pockets, they could work together.

Owen and Teddy finally talk. She once again apologizes for having the affair with Tom. Owen admits that Teddy hasn’t changed since the day he first met her. He should have seen the signs and he feels awful. Yet what she did to him on her wedding day is something he cannot forgive. He is not sure if they will work together as a couple, but he does want to be her friend again.

Meredith goes back to sleep since her body is still recovering. Richard says her body is still too weak to stay awake. She goes in and out of consciousness for a while and maybe by then everyone at Grey Sloane will know she is awake. How excited will everyone be when they find out? Will Jackson and Ortiz come up with a fantastic plan to help the community? Will Hayes admit to anyone that he has feelings for Meredith? Right now, let’s just enjoy that Meredith is awake. What did you think of Grey’s Anatomy 17×11? Find and follow us on Twitter @capeandcastle to share your thoughts! Be sure to check out our site for more content!