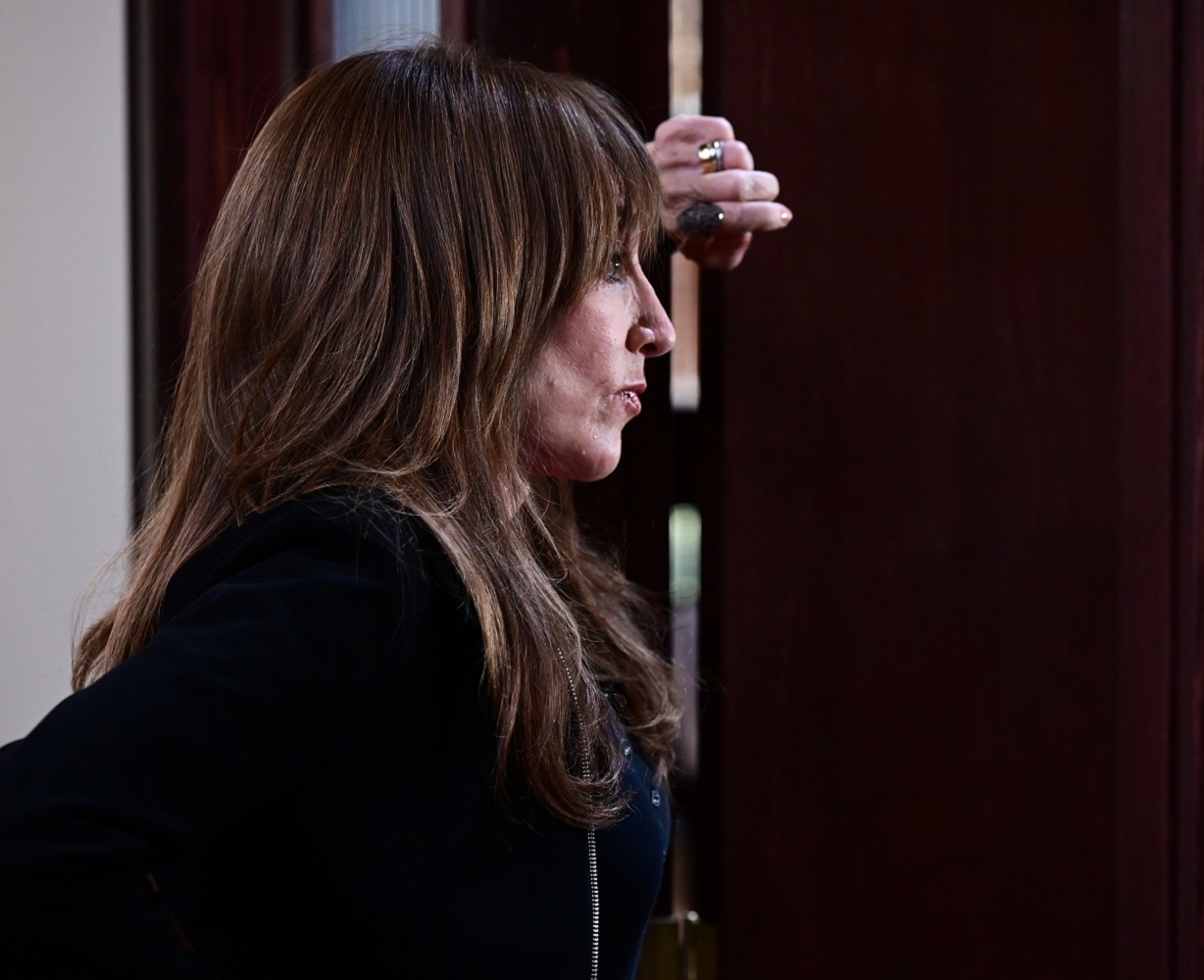 The time has finally come! Not only is Katey Sagal back on our screens regularly, but John Corbett is as well! Plus we got to see Andy Garcia and I hope that his character is going to be sticking around as well. Because this was one hell of a pilot episode! Between Rebel starting her fight with Stonemore Medical and trying to keep an abused woman safe, there was a whole lot going on! But I was loving every second of it! So keep reading for my Rebel 1×01 review!

Rebel didn’t take her time easing into anything. And I loved it! Right from the start, she went after Stonemore Medical and she wasn’t messing around. It honestly took me less than five minutes before I was hooked. Not only did Rebel let protesters into a Stonemore Medical event, but she took to the stage and wasn’t afraid to take the CEO of Stonemore Medical on. Also, who else but Katey Sagal could make a fall off a stage look so freaking graceful?! Even if the paparazzi did get a very inappropriate shot up her dress, the fall itself still looked pretty graceful. 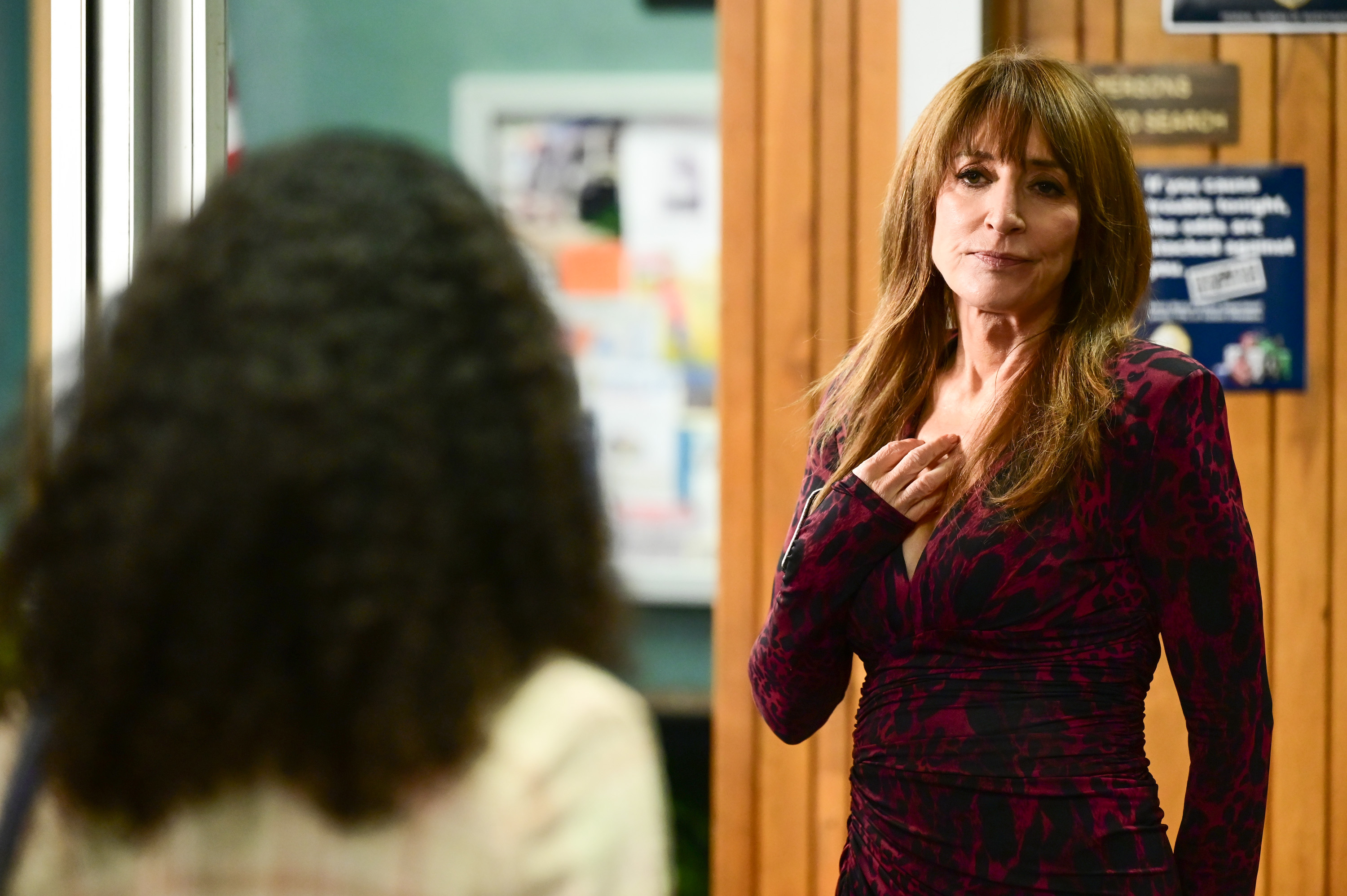 I love that not only is Rebel strong and fearless, but her kids clearly are as well. Even if they don’t always approve of the choices that she makes, they’re still there for her. And as unafraid to voice their opinions as she is. Rebel also owns who she is and doesn’t care what others think about her. I absolutely loved her line to the CEO of Stonemoor Medical when she told him that she has three kids from three marriages so she tries not to judge. At least not for that. Because it’s clear that Rebel judges people by their treatment of others. And that’s more than commendable.

The fact that everyone recognizes Rebel and assumes she is a lawyer is amazing. Because it’s clear that Rebel knows her shit. So it really didn’t surprise me that Cass was just as passionate and badass as a lawyer. The way she defended her client was nothing short of impressive. And I honestly can’t wait to see more of what she can do in a courtroom! I also really enjoyed seeing her butt heads with Rebel. Their dynamic is going to be so much fun to watch. So is the dynamic between Rebel and Ziggy. She seems the most supportive of Rebel’s actions and is clearly a rebel herself.

It’s pretty awesome that Rebel’s other child, Nate, is an OB/GYN. It’s like Rebel has kids in various areas that can help her causes. But Nate seems to be on the side of Cassidy when it comes to their mother’s actions. They would rather she go about things just a little differently. But I think he’ll come around and so will Cass. On top of her kids, Rebel also has ex-husbands and friends in some pretty useful places. In other words, she’s not someone I would want to be on the wrong side of. Rebel has friends and family high and low and the fact that they all have pretty good relationships with her speaks to what kind of person Rebel is.

I’ll admit that when I saw John Corbett was going to be in this series, I was hoping that he was going to be a love interest for Rebel. So I was more than happy to discover that not only is he her love interest, but he’s also her husband! Her extremely supportive and loving husband! At least at first glance. Grady not only doesn’t mind that Rebel gets herself arrested on a daily basis but he loves that she goes out and saves the world. Or he seemed to. It was a relationship that I found myself completely in love with. So when it all fell apart and Grady wasn’t actually supportive but was consulting a divorce attorney and didn’t support Rebel in all the things she does, I was more than heartbroken. I was as pissed as Rebel. Dammit! Why can’t I have nice things? 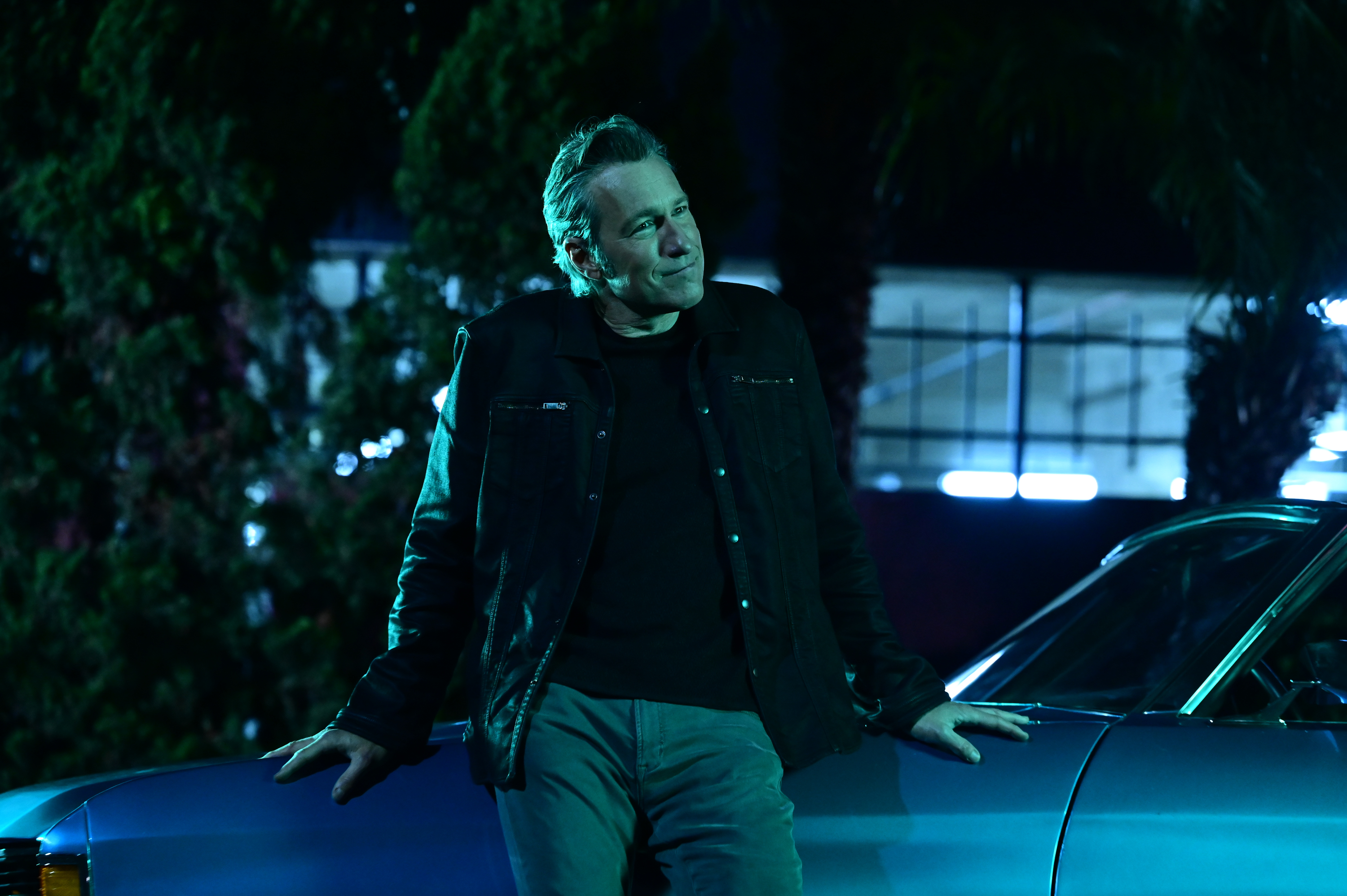 What did you think of Rebel 1×01? Did you enjoy the pilot episode as much as we did? Will you be adding this show to your watchlist? What did you think of all the characters and the actors that have been chosen to play them? Are you as excited to see Katey Sagal back on your screen as we are? And what about John Corbett? We’re so excited to see where things go from here! Find and follow us on Twitter @capeandcastle to let us know all of your Rebel 1×01 thoughts! Be sure to check out our site for more content on all things Disney and beyond!