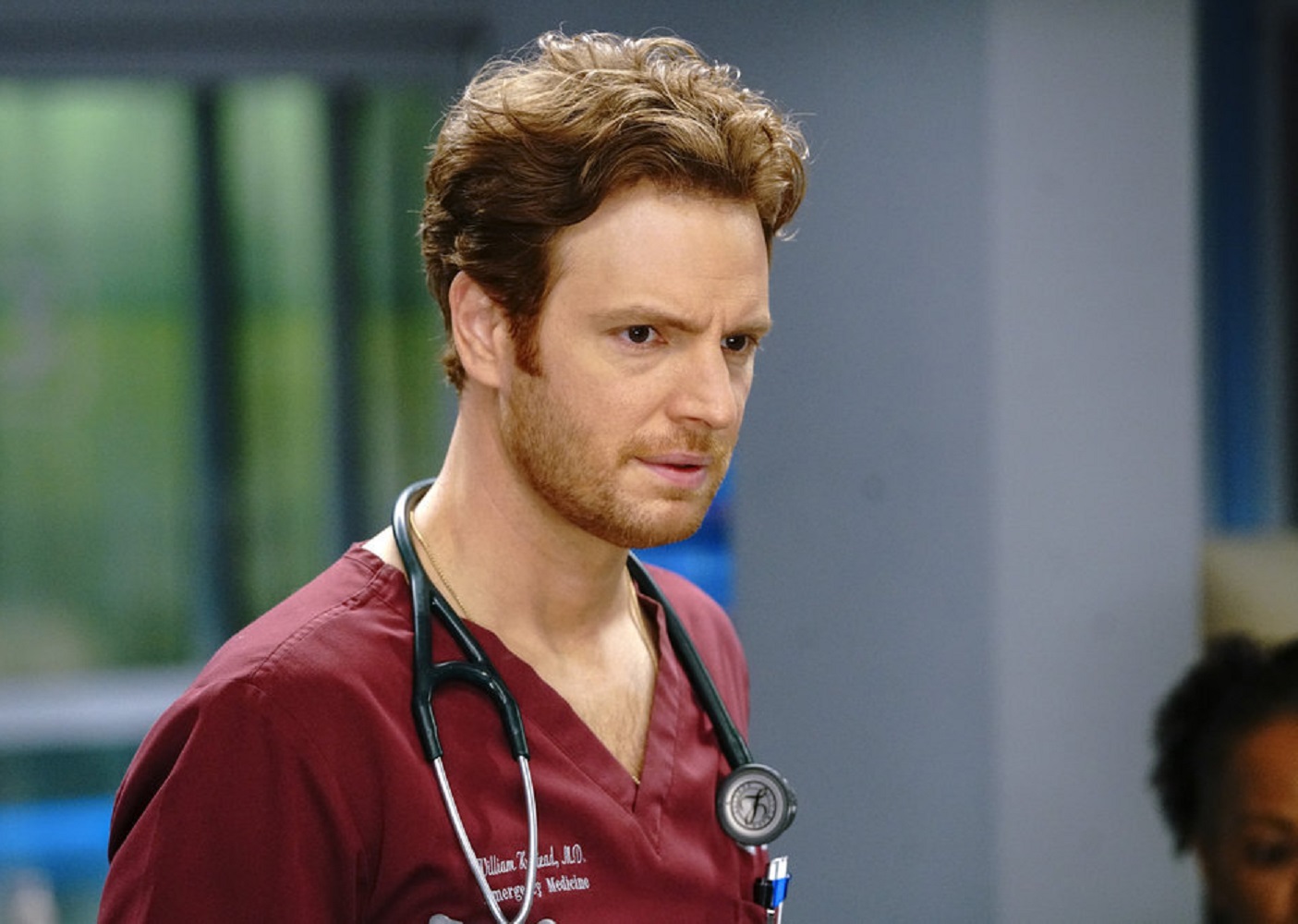 ‘Chicago Med’ 6×11 Review: “Letting Go Only to Come Together”

This was another week of team-ups for some complicated cases. Once again Crockett and Natalie found themselves working together. And Choi found himself working alongside Dr. Virani! Meanwhile, Sharon put some new protocols in place. But everyone at med seemed to get a bit riled up when they learned of the new rules! So keep reading for my Chicago Med 6×11 review!

While Natalie has had work drama as far as her cases go, it’s actually been pretty nice to see that the drama of her personal life has been almost nonexistent. Things between Crockett and Natalie seem to be going well and I find myself happy about it. Because it’s no secret that Natalie spent most of the last season really getting on my nerves. But now I’m starting to think that it had less to do with her as a character and more to do with the fact that every episode just piled on more personal drama with her character. I certainly expect some, but it felt like she was doing her best to set a record. And it admittedly got a bit frustrating to watch. 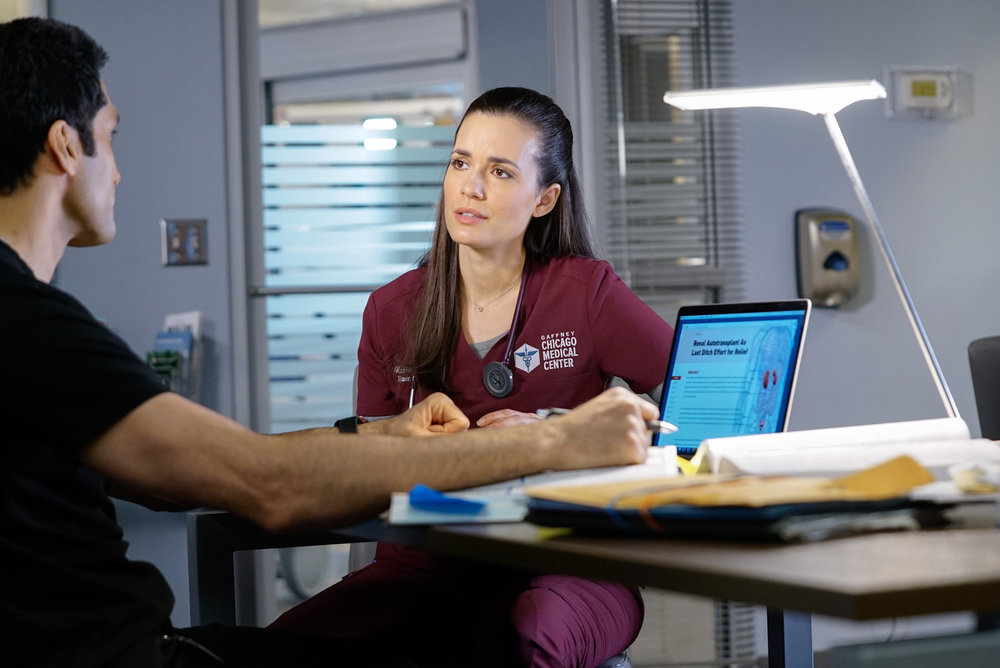 But my growing like for her could have a lot to do with how she and Crockett are together. They really do seem to bring out the best in one another. Their case was a difficult one, but it was made easier by the fact that Natalie and Crockett seem to be so in sync. They are even exchanging “I love you”‘s and seem to be acting a lot like a family. At first, I wasn’t sure about the relationship because not a lot was known about Crockett and Natalie’s life seemed to be a complete mess. But the two of them together have really grown on me and I find myself less and less worried about whether or not Will and Natalie could ever be a couple again.

I actually found the tennis player’s case pretty interesting. But I wasn’t all that interested in seeing Sabeena and Ethan team up. The more time that’s going by, the more I find myself not liking her all that much. Though I was glad to see that while Ethan did partner with Sabeena on his case, he definitely did so reluctantly. And they did actually make a pretty good team. They were certainly able to figure out what was really going on with Montez fairly quickly. But their little celebration was naturally seen by Will and only proved to make him even more jealous than he already was. Come on, now.

It’s truly the last thing that needs to be added to the animosity between Will and Ethan. And it feels like every time these two are on good terms or close to it, something happens to drive a wedge between them. It seemed like Will was doing a pretty good job getting over his agitation and jealousy about Ethan getting promoted over him. But I’m not sure that he’s going to be so forgiving when it comes to Sabeena. Just like I really do think that Sabeena is playing games with Will and Ethan. Because she was pretty obvious in her flirting with both of them. And Will hasn’t been trying too hard to hide that he likes her back.

Okay, I’ve already admitted that Michael oversteps sometimes. But he does have good intentions. And I thought after the last episode, that Sharon saw that too. Especially after Crockett also stuck up for Michael with her. But that’s clearly not the case since Sharon went and made a bunch of new rules in place at med. Rules that I’m not sure are going to last since Michael decided he was going to leave anyway. But now I find myself wondering if Chicago Med is going to start experiencing the same types of issues as Chicago Fire where it feels as if there is a revolving door of characters coming and going. 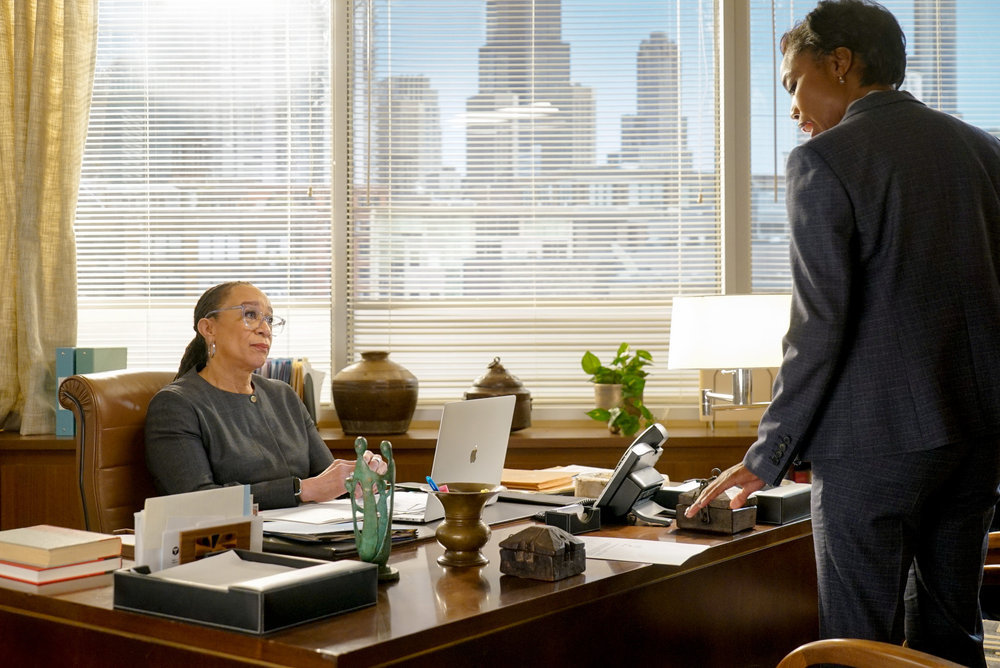 What did you think of Chicago Med 6×11? Do you like the direction that Natalie and Crockett are going in? Or are you still holding out hope for Natalie and Will? Do you think Sabeena is playing Ethan and Will? Or is she just a friendly person? What about Sharon and Michael? Do you agree with the rules that Sharon put into place? Or was she taking things too far? Are you glad that Michael is leaving? Or do you wish he would stay? Find and follow us on Twitter @capeandcastle to share all of your Chicago Med 6×11 thoughts! Be sure to check out our site for more content on all things Disney and beyond!