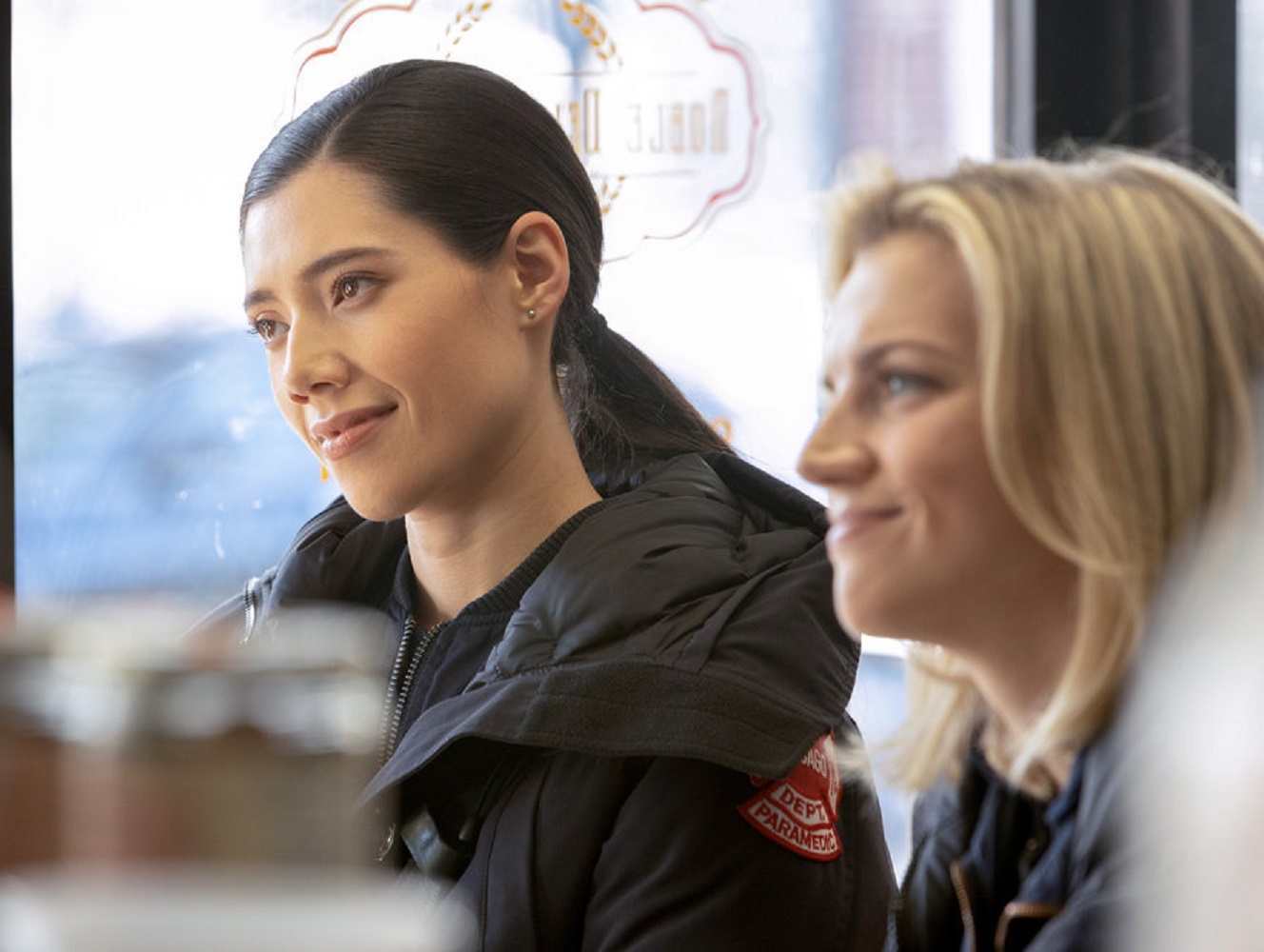 There was a lot going on in this episode! Not only did Severide have a CFD recruit to watch, but this recruit was also giving him some trouble! Meanwhile, Herrmann decided to try his hand at matchmaking. And Violet and Sylvie got closer and showed how well they work together while investigating a mysterious letter! Plus, Matt finally decided to deal with the issues from his head injury and it was about freaking time! So keep reading for my Chicago Fire 9×11 review!

So it was pretty freaking awesome to see Severide teaching some academy recruits. And it definitely gave me a mental image of him and Stella teaching together. Because how freaking cool would that be? Especially with them both being so good at it! Because with everything that went down, I don’t care what anyone else says, Severide is a good freaking teacher. Just the fact that he didn’t want to give up on Jacob when most others would showed that perfectly. But sometimes it seems like if Severide didn’t have bad luck, he wouldn’t have any luck at all. 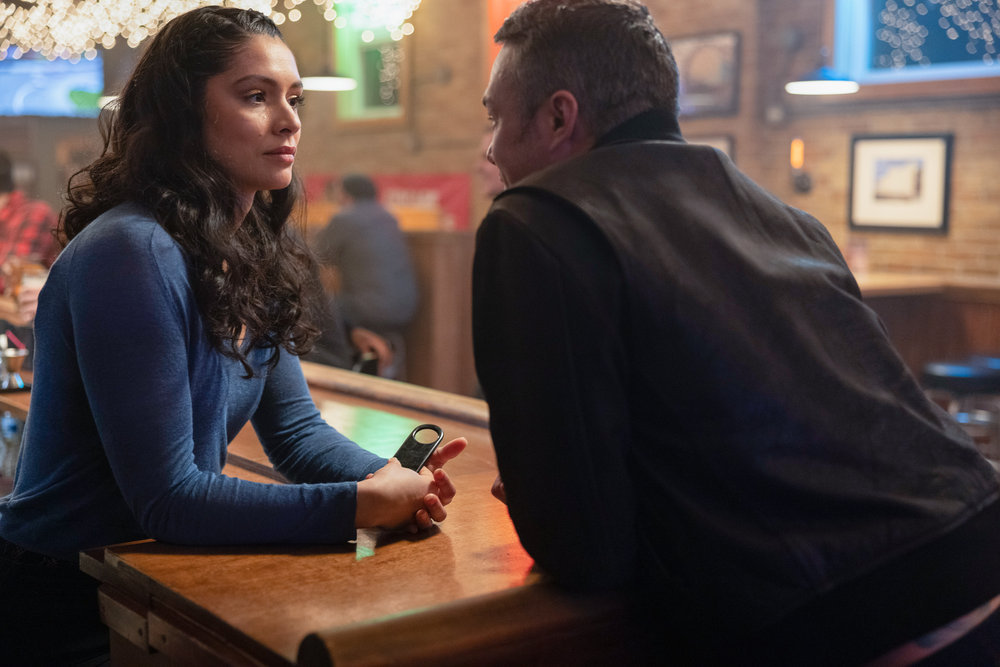 Because of course, Jacob was the son of a fire chief. And naturally, that meant that Severide was going to lose his teaching privileges. But I have to say, it wasn’t really a privilege for Severide to be a teacher, it was a privilege for those kids to be able to be students of his. I would love to have Severide teach me how to be a firefighter. And other than Jacob, I thought it seemed like the other recruits were doing pretty well. Some people just aren’t meant for the job. Looking at you, Jacob. And that isn’t something that was Severide’s fault. Oh well, at least without teaching he will have more time to spend with Stella.

I’m starting to really like Violet and Sylvie working together. Even though I’m trying not to be too hopeful because I’m still worried that she’ll leave. And Violet as a character herself still has a little ways to go before she’s on my good side. But she and Sylvie seem to be really in sync and they have a partnership that’s easy to enjoy watching. And the case they were handed in this episode really showed that when what started out as a routine call seemed to turn into something else. Which led to us getting to see a bit of Ruzek in the episode! Which I am always okay with!

And while Adam is clearly the investigator, Sylvie and Violet didn’t do half bad. And Violet was the one that was able to figure out the deli owner was actually being poisoned. Making his accidental fall down the stairs not that much of an accident. And I would have been fine with the explanation we got, but then they added a bit of a twist and it all got to be a bit much for me. He wrote the note himself but didn’t say anything to Sylve and Violet? Or even give them any real hints that he felt endangered? The plot twist truly made things a bit too weird for me. But at least things got figured out, I suppose.

Okay, so Ritter’s boyfriend isn’t seen often. But the two of them seemed happy and I was sad that he and Ritter broke up. But it was nice of Herrmann to try to play matchmaker for him. Even if it did go incredibly wrong. Or did it? Because we got a lovely ending with Ritter ending up back with his boyfriend. And I’m okay with whatever circumstances led to it. It’s also nice that Sylvie called Matt on his crap and is going to a neurologist to see just what the hell is going on with him. Matt better be fine. He needs to be fine and move forward and put his head injury behind him. 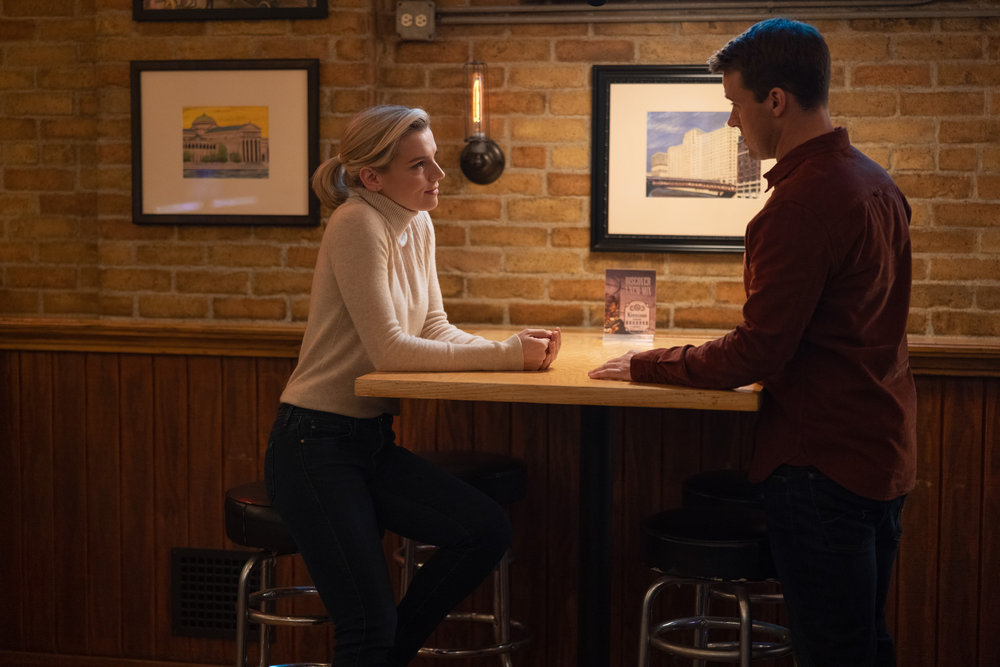 What did you think of Chicago Fire 9×11? Did you agree with Severide getting his teaching privileges taken away? Or did you think it was complete and utter crap like we did? Were you happy to see Ritter end up back with his boyfriend? Do you hope that they get more screentime in the future as we do? What’s going to happen with Matt when he goes to the neurologist? Do you think he’s going to get good news or bad news? Find and follow us on Twitter @capeandcastle to share all of your Chicago Fire 9×11 thoughts! Be sure to check out our site for more content on all things Disney and beyond!