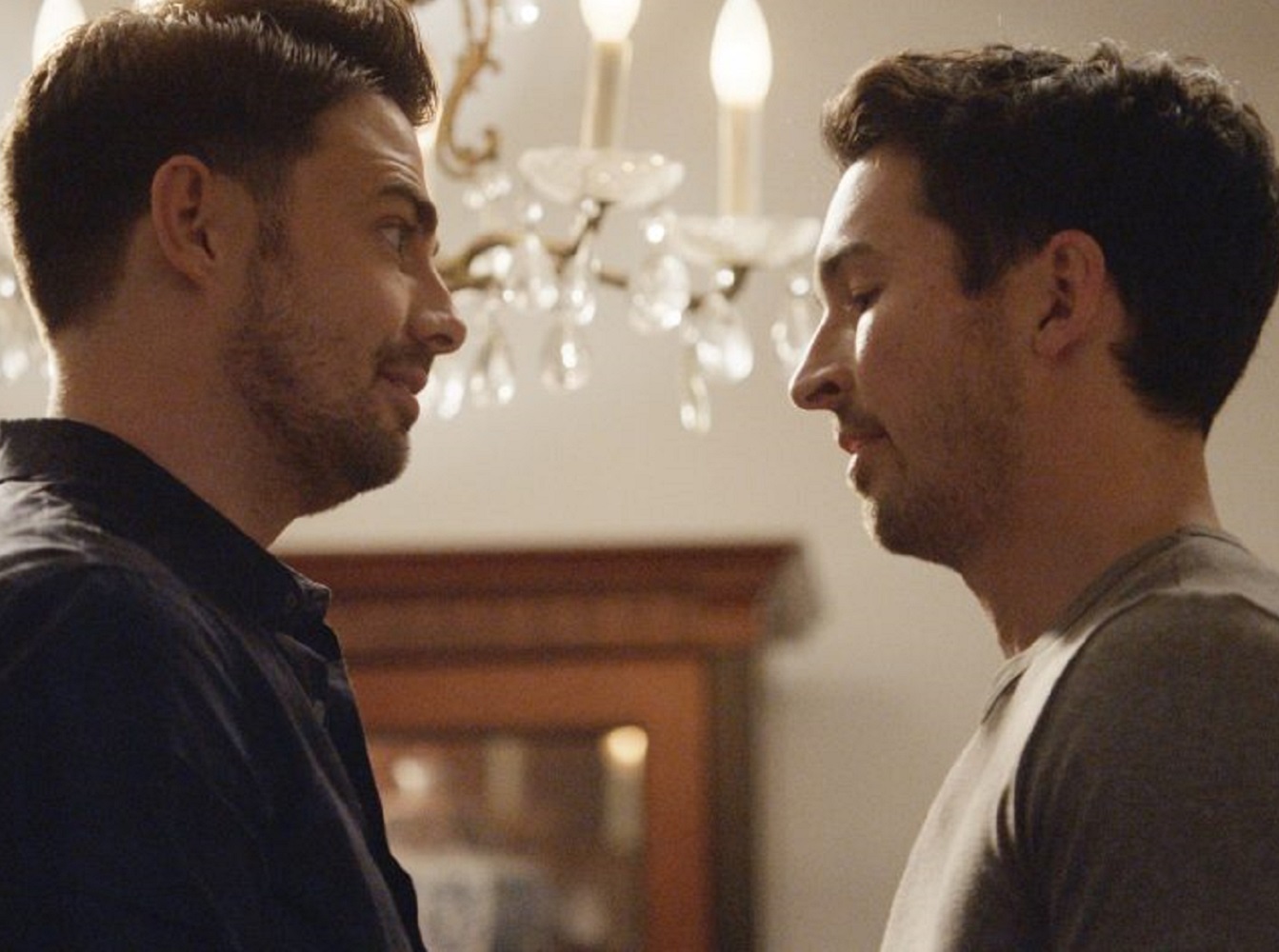 Previously on Station 19, Vic found out her crush Theo is the person responsible for Michael’s death. And Travis is none too happy about that. This episode is an emotional whirlwind with the Travic friendship at the center of it. It is also my favorite episode of the season. Let’s dive into my Station 19 4×09 review!

“I Don’t Want To Have To Say Goodbye To Him”

Travis and Vic’s day revolves around two best friends, Charlie and Libby. Charlie is also the guy who Travis found in his truck last week. When they find Charlie overdosed at his apartment, Libby is freaking out that he is dead. Charlie was getting ready to go to detox. He just wanted one last high. He did their “phone ritual,” in which he talks into an old cell phone about how he was done with the drugs. It’s been their ritual since seventh grade.

They get Charlie to Grey-Sloan as Perez meets them and says this is his third time there this month. Vic and Travis get dispatched right back to the same address to find Libby overdosed. They give her some Narcan and revive her. In the ambulance, Vic tells her she can go to rehab with Charlie. Libby says she isn’t as bad an addict as he is, so she doesn’t need rehab. She’s just worried about Charlie and what will happen if he dies. She’s scared about saying goodbye to him.

Their third callout of the day is to a park where Libby is slumped against a tree. She checked herself out of the hospital and immediately overdosed again. Unfortunately, this overdose killed her.

Vic and Travis’s final callout takes them back to the same park. Charlie is high in his truck, also having checked himself out of the hospital. In the ambulance on the way back to Grey-Sloan, Charlie tearfully talks into his phone and tells Libby goodbye. He keeps apologizing and says he’s really going to get clean this time. This plotline was the one where I cried the least, so you can only imagine how the rest of the episode went.

“Theo Was Michael’s You”

Through flashbacks, we learn more about Michael and Travis’s relationship. We also learn Theo was basically their third Musketeer. Theo and Michael were best friends, dating back to their time in the fire academy.

We see an adorable flashback to one of Michael and Travis’s first dates. Travis is worried if Theo knows the two are dating. Theo yells that he already knew and jokes with them about being quieter when they’re making out. The banter and chemistry between Jay Hayden and Jonathan Bennett only makes this all the more heartbreaking because we know how it all ends.

In my personal favorite of the flashbacks, Theo makes dinner for Travis and Michael. After Travis comments on “their kids” having two dads who can cook, Theo winks at Michael. Michael immediately gets down on one knee and starts to propose. Travis yells at him to stop, but it’s only so he can go get his own ring. They end up proposing to each other at the same time while Theo documents the whole occasion.

The next flashback brings us the news that Ripley is putting Theo up for captain. They toast to his accomplishments. Travis reassures Theo that his dad would be proud of him. We also learn in this episode that Theo’s dad was a firefighter who died in the line of duty. It’s a nice moment to show that Theo wasn’t only important to Michael. He was a huge part of Travis’s life, too. 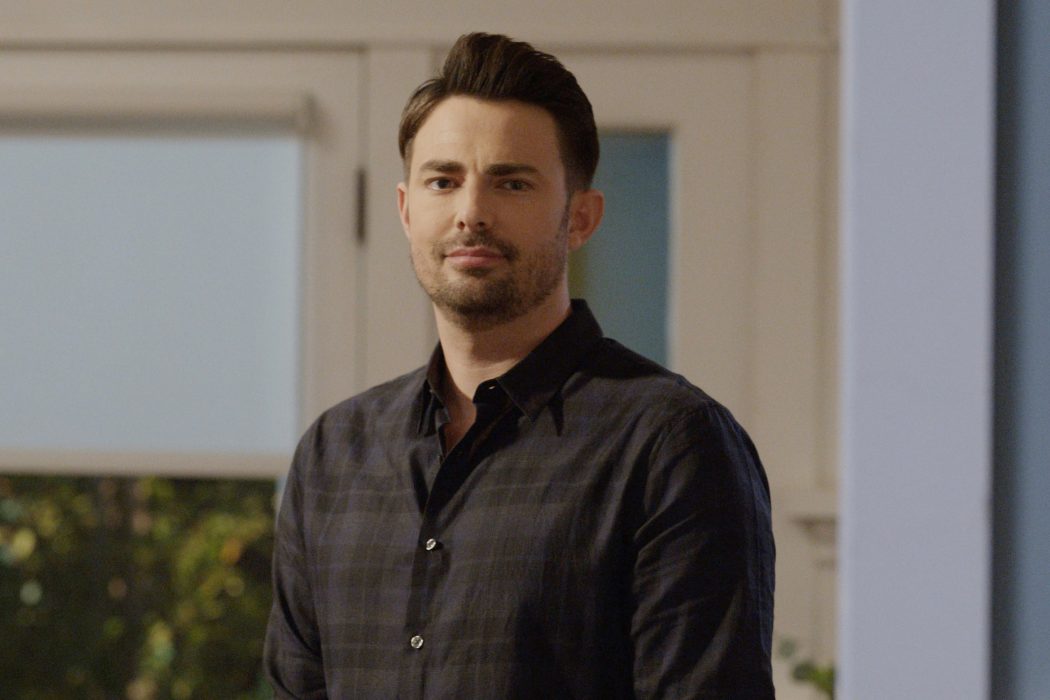 A few years later, Travis asks Michael if it’s a good idea for Theo to become Michael’s captain. He’s worried what would happen if Michael gets hurt. Michael reminds him that Theo is good at his job. Michael teasingly asks if Travis will promise to never love again if anything happens to him. Travis kisses him and says he promises to “die a lonely, withered old man never having known the touch of another lover.”

The next flashback leads us to Travis crying on the floor the night of Michael’s death. Theo comes to the house to check on Travis. The beginning of this scene is clearly Travis seeking some comfort from his other best friend. Once he finds out Michael died due to a mistake Theo made, we can actually see the second where Travis hardens. Travis throws Theo out of the house as Theo argues they need to go through this together. Travis falls to the ground in tears and I’m a wreck on my couch.

The final flashback is the moment Travis meets Vic. She walks into the firehouse and comes across Travis, who is still a little teary. It seems to be shortly after Michael’s death. She instantly picks up on his mood and offers to listen. They start bantering with each other. That moment was the start of their beautiful friendship.

“You Two Are Soulmates”

So, let’s delve into that beautiful friendship. I will be transparent and say that the Travic friendship is my favorite relationship. I am a sucker for any sort of deep friendship like theirs. To say this episode ravaged me emotionally is an understatement.

After we pick up right where last week left off, Travis yells at Vic for showing Theo any comfort. Travis completely ignores her existence the next couple of days at home and work. Maya pairs the two of them up for the day after some joking with the crew about Vic and Travis’s questionable dietary choices.

Vic corners Travis to get him to talk to her. He shuts her down, for the first of many times this hour. Travis equates talking about their problems to picking at an open wound. If he talks about anything, it creates an ugly scar. If he never acknowledges his feelings, he’ll eventually heal on his own.

Throughout the day, Travis keeps getting in little digs at Vic. Every time they start to have it out with each other, they get pulled away to deal with Charlie and Libby. They run into Emmett at Grey-Sloan. Emmett tries to tell Travis his life is going to be very lonely if he doesn’t let go of his grief. He tells Travis he’s not acting like himself.

When Vic tries to turn the conversation to Travis’s crush on Emmett, Travis shuts her down. He says they can’t just go back to the “Travis & Vic Comedy Hour.” Vic asks how long he’s going to ice her out because he is her family. She pushes him until he explodes. The ensuing scene is a mess of anger, grief, sadness, and frustration.

Vic asks if they’re really throwing away years of friendship over “some guy.” She reminds him she lost Ripley, so she knows how it feels to lose your partner in the line of duty. Travis then goes for an extremely low blow and questions if she even loved Ripley. He equates her dating Theo to Travis dating the guy responsible for Ripley’s death. Travis is at his absolute ugliest and rawest in this moment.

Vic accuses him of being “addicted to being furious” and calls him a “sad, angry man who is frozen in time.” He finally admits he wakes up every day in pain over losing Michael. He asks Vic how she can try to move on. Vic says the only thing that gets her through the pain is the hope that maybe she can find that type of love again. She tells Travis she hoped Theo might be that person, but as soon as she found out his connection to Travis, she ended it. She tells him how she thought about Travis’s feelings immediately and exclusively. The most painful thing is that Travis never thought about hers.

Later, Travis tells Vic he feels like letting go of his rage and grief means he’s letting go of Michael. He apologizes for the low blow about Ripley. She tells him he might be right that it’s always going to suck. She tells him, “But maybe that’s a good thing because it speaks to how good we got to have it for a second there?” To say that I love Vic and her outlook on loss is an understatement. It’s so beautiful and poetic. Everyone needs a Vic in their life.

A little while later, Theo runs into Vic as she’s coming out of the shower. He asks if Vic was the firefighter who was dating Ripley when he died. He tells her that Ripley was the one who put him up for captain. After Michael died, Theo asked for a demotion to lieutenant. Ripley tried to fight him, but he understood because he was a good guy. There’s a nice bittersweet moment as they admit to being sad they won’t be able to be together.

After Theo leaves, Travis finally confides in Vic about the extent of his relationship with Theo. Vic says it must have sucked to go through Michael’s death without his best friend. They sit together for a nice quiet moment. Travis says he hates that part after a friendship fight where everything still just kind of feels icky and awkward. Vic jokes if they were in a relationship, they could just have sex. She looks over at him and he starts to laugh. He says, “For the millionth time, I’m not gonna have sex with you.” They start laughing and I’m so relieved this fight isn’t going to persist.

The final scene takes us to Travis’s house as he starts talking out loud to Michael. He tearfully apologizes for forgetting how good they had it together by focusing on how it ended. As Travis prepares to finally address his grief, I have to peel myself off the couch in tears.

How are you all doing after this episode? Are you relieved to see Travis starting to move on with his life again? Follow us on Twitter @capeandcastle to share your Station 19 4×09 thoughts! Be sure to check out our site for more content!