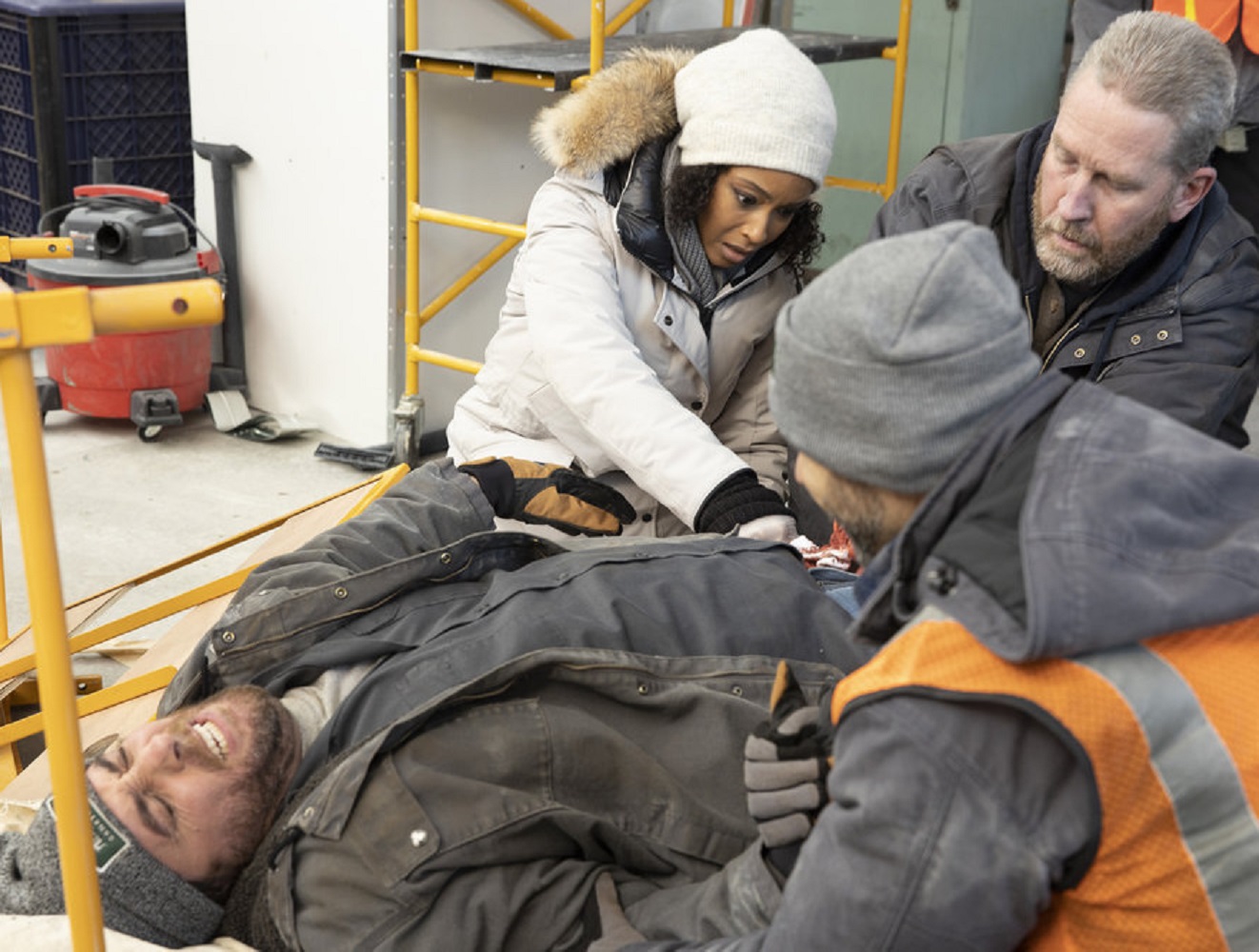 There were a lot of risks made in the latest episode. From Crockett allowing Michael to influence him to use a nontraditional tool to April making quick decisions in the field. Meanwhile, Ethan and Will seem to be heading toward being two parts of a love triangle. Something that I’m not too interested in seeing happen and something that has me questioning whether or not I’m such a fan of Sabeena. So keep reading for my Chicago Med 6×10 review!

I’m always game to learn more about Crockett. He hasn’t been on the show for that long, but it’s long enough that I feel like we should know a bit more about him than we do. So I loved learning more about his background. And the fact that he was able to understand and better help a patient because of his background just made it that much better. I was definitely unsure of Crockett at first, but every episode lately has really been making me fall for his character. And this episode was no different. This one may actually be my favorite Crockett episode. 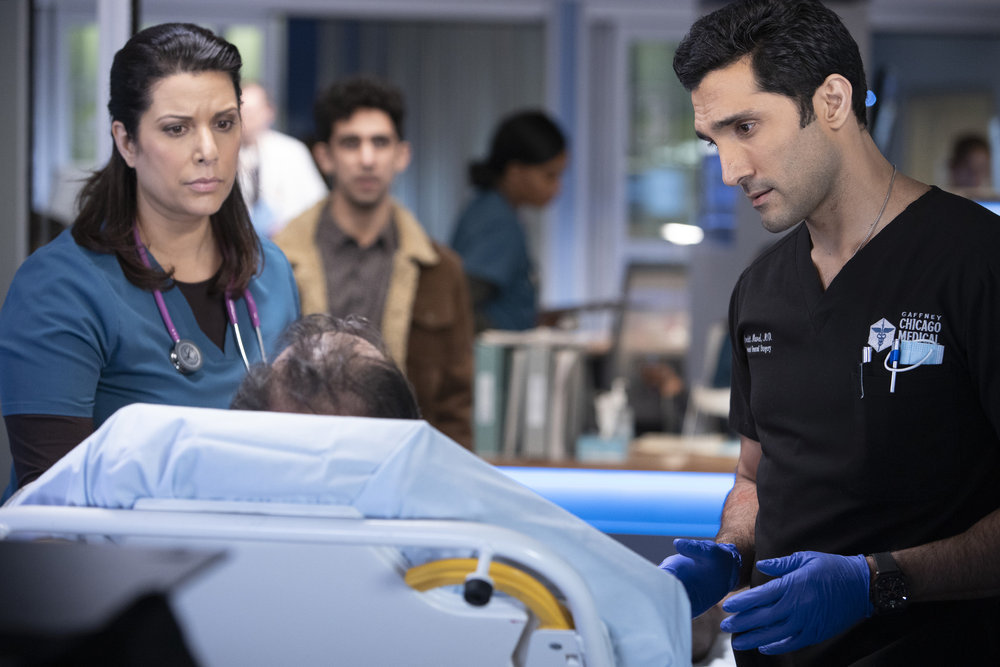 Not only did Crockett connect with his patient, but he also seemed to connect a bit with Michael. While Michael’s risky tool didn’t work, it wasn’t a bad idea. And I loved that Crockett not only gave Michael that chance but that he encouraged Sharon to have a little more faith in her son. Michael can certainly be a little difficult at times. And he definitely doesn’t always make the right decisions. But like so many of the other characters in this show, Michael’s intentions are good and his heart is usually in the right place. Crockett is clearly willing to give him a chance, so I’m willing to do the same.

Three is a Crowd

I absolutely noticed that Sabeena has been flirting pretty obviously with Will and Ethan. And maybe I wasn’t paying as much attention as I should have been because I didn’t even realize that Ethan was interested in Sabeena until probably the last episode. But I have noticed much more interest from Will than from Ethan. All of a sudden though it seems as if Ethan and Will are going to battle it out for Sabeena’s attention. And that’s something that I’m definitely not here for. Honestly, I’m not even sure how I feel about Sabeena at this point.

While there isn’t a thing in the world wrong with flirting, this episode did have me wondering if Sabeena wasn’t intentionally trying to start issues between Ethan and Will. And if that’s the case, I’m going to have to say I’m not going to be a fan of Sabeena. Because the last thing Ethan and Will need is yet another reason to butt heads. Or one more thing to resent each other for. So I’m going to hope that one or both of them come to their senses and avoid fighting each other over a woman.

I talk about this a lot, but the doctors and nurses alike have made a lot of decisions that went against the rules. Again and again. But very rarely do they ever see consequences for ignoring the rules. So I was more than a little agitated that April was reprimanded by Lanik for making a risky move even though she saved a man’s life. And unlike so many of the others, April didn’t just decide to make a risky move. She had to make a life-saving decision in the field and I think completely different rules apply in that situation. And sure, Lanik apologized later and even told April she should’ve considered being a surgeon. But I still wasn’t impressed. 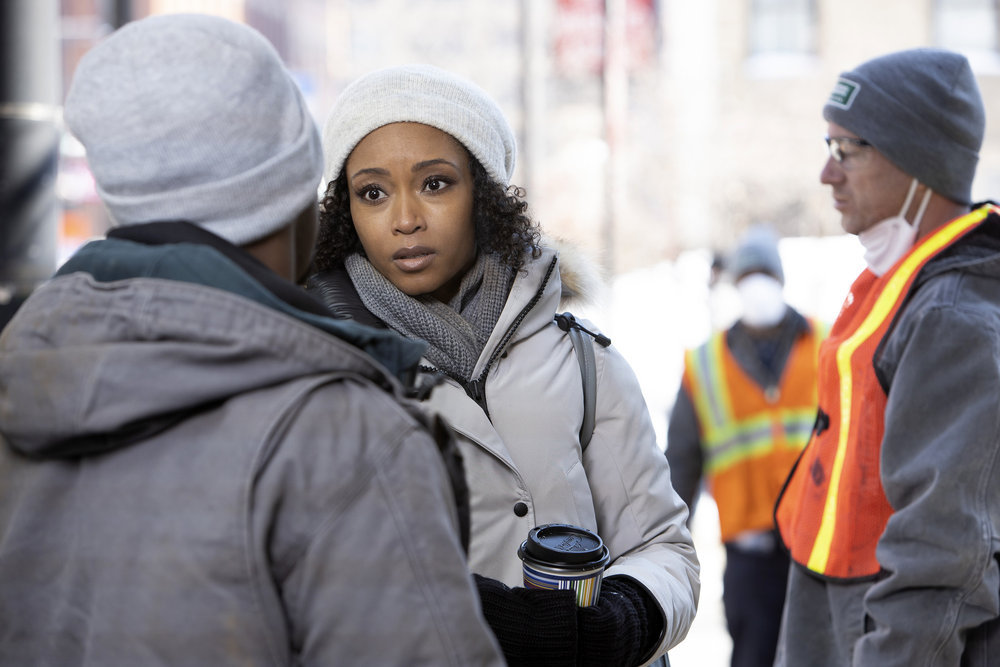 What did you think of Chicago Med 6×10? Do you think Ethan and Will are heading into a love triangle with Sabeena? If they are, is it something you’re interested in seeing? Did you like getting a deeper look into where Crockett came from and who he is? What did you think about Crockett giving Michael a chance? Did you agree with what April did in the field? Do you think it could lead to April changing career paths? Find and follow us on Twitter @capeandcastle to share all of your Chicago Med 6×10 thoughts! Be sure to check out our site for more content on all things Disney and beyond!