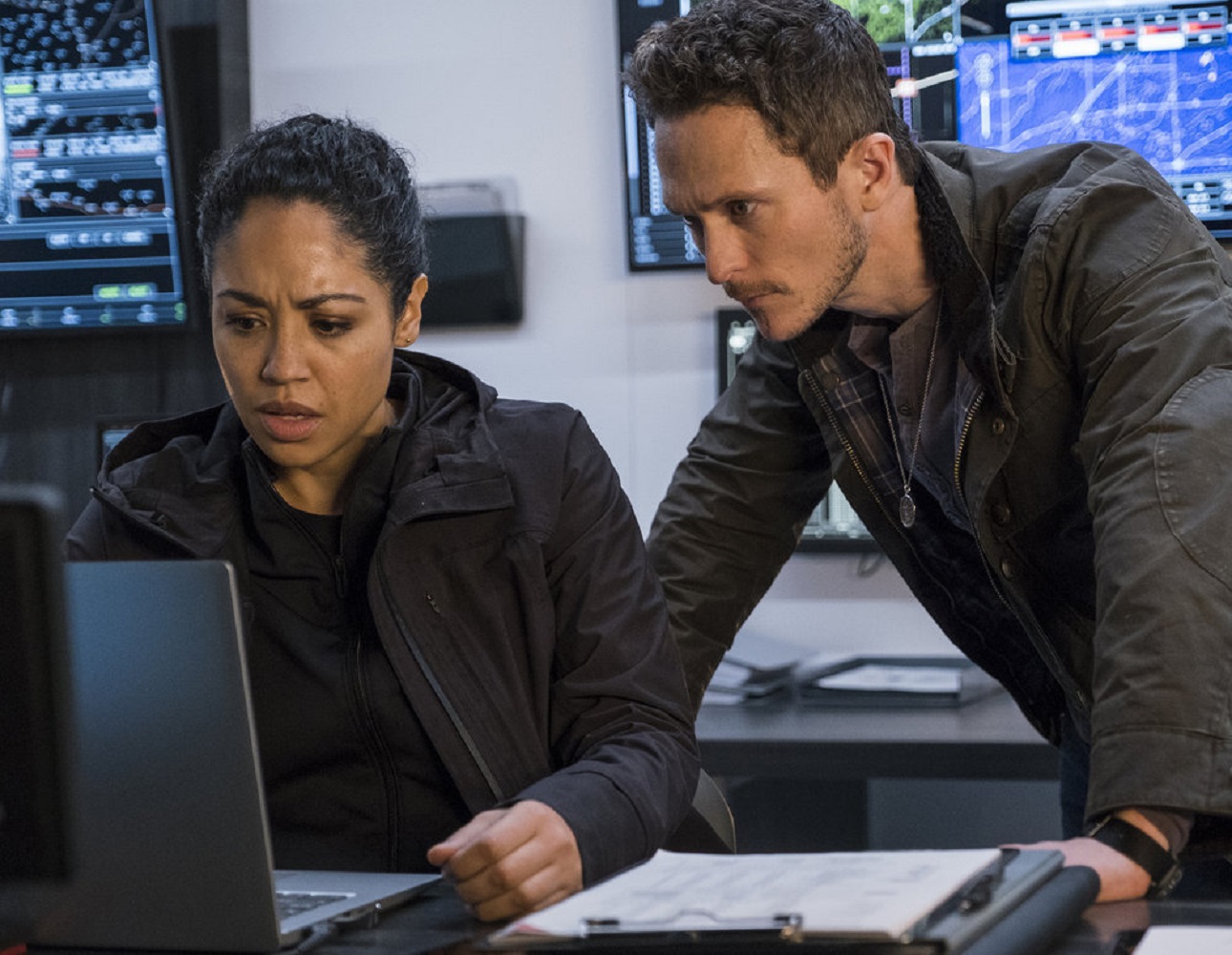 I feel like I say this week after week. But things in this episode seemed to get even crazier! We did get to learn a little bit more about Influx. Well, kind of. It’s more like we learned they are even stronger than we thought. Or that”s what I was feeling, anyway. I’m certainly left with just as many questions. But it is clear that Influx knows a hell of a lot more about the debris than anyone else. Even if their intentions aren’t completely clear. So keep reading for my Debris 1×05 review!

Every week it feels like this show scares the crap out of me. Even if it’s just for a moment, it always finds a way to startle me at least once. And this time around it was pretty much at the beginning of the episode. Because what happened with that bus and the wormhole freaked me the hell out. And it was obviously a little more serious than the debris situations that have had to be dealt with so far. Because everyone seemed to come together to figure things out. Which was a bit of a nice change. But I do prefer Bryan and Finola being a kickass duo and figuring things out themselves. 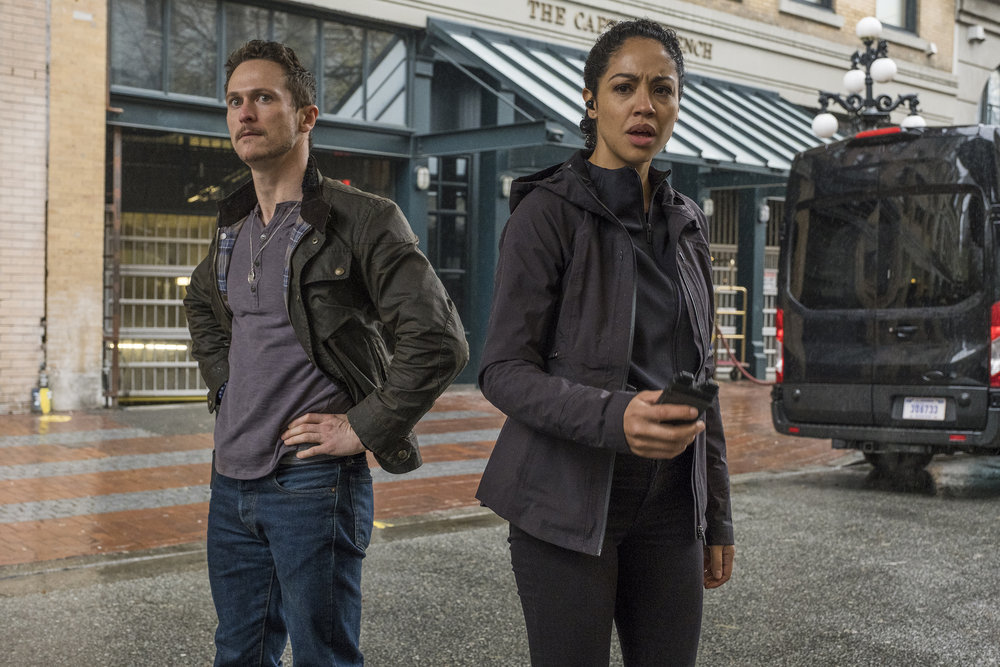 I also think that part of bringing in help for the wormhole had to do with Bryan and Finola not being on the best of terms at the moment. Sure, they genuinely needed some assistance to shut that thing down. But they haven’t hesitated to tackle things on their own so far. Not that I don’t understand why they aren’t on the best of terms. Because I definitely do. I just hope that the two of them are able to clear the air, move on from this, and realize that they need to be upfront with each other from now on. No matter what the subject matter is. Partners don’t lie to each other.

Finola’s father is a huge variable in all of this. I know that he’s going to end up being very important one way or another. But the question is going to be about whether or not he is going to side with Influx or be on the side of good. It certainly feels like he’s going to be with Influx but I wouldn’t be surprised by a crazy twist happening near the finale. Right now it’s kind of feeling like Finola’s father has either gone out on his own, leaving multiple people from both sides to be after him. Or he’s leading Influx himself, working on achieving his own agenda.

Speaking of agendas, it is now pretty clear to me that Anson has one of his own. And I don’t think it’s going to lead to anything good. Dee Dee and Finola had a hard time remembering the song they used to sing and dance to when they were younger. But then Anson just happens to be humming it? Yeah, I’m gonna go with no. That’s a big red flag. And it wasn’t the only one, either. Personally, I think the creepy smile he gave Finola is a red flag that should be at the top of the list. Weird look to give someone, dude. Whatever the case, I’m going to say he can’t be trusted.

It feels like no one can really be trusted to be honest. Bryan can’t trust those with his own agency and I don’t think Finola should be trusting people from her agency, either. And they really shouldn’t trust Anson. So it kind of feels like a situation where it’s in their best interests not to trust anyone. Except for each other. There’s a reason Bryan and Finola make such a good team and it’s because they are usually on the same page. So I’m going to need them both to fess up to all of their secrets and get them out of the way so that they can figure out what the hell is really going on and, you know, save the world and stuff! 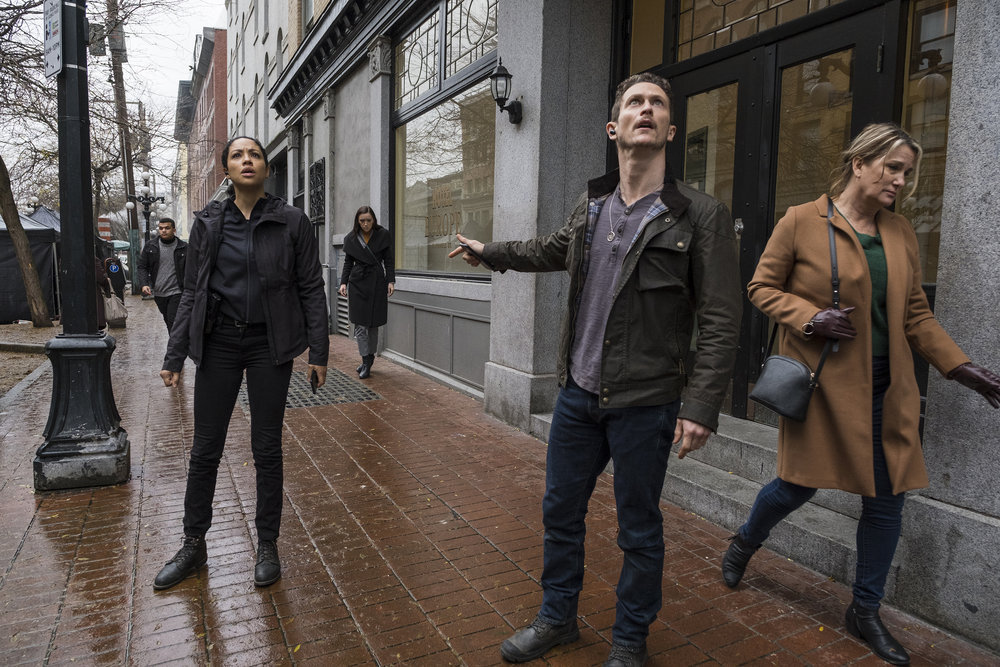 What did you think of Debris 1×05? Do you think Finola and Bryan can trust anyone other than each other? Will they be able to fix things between them so they can figure out what’s really going on? Do you think Finola’s father is involved with Influx? Or is he an independent operator? If so, what is it that he wants to achieve? What part does he play in all of this? Do you think we’re headed for a showdown in the finale? Find and follow us on Twitter @capeandcastle to share all of your Debris 1×05 thoughts with us! Be sure to check out our site for more content on all things Disney and beyond!