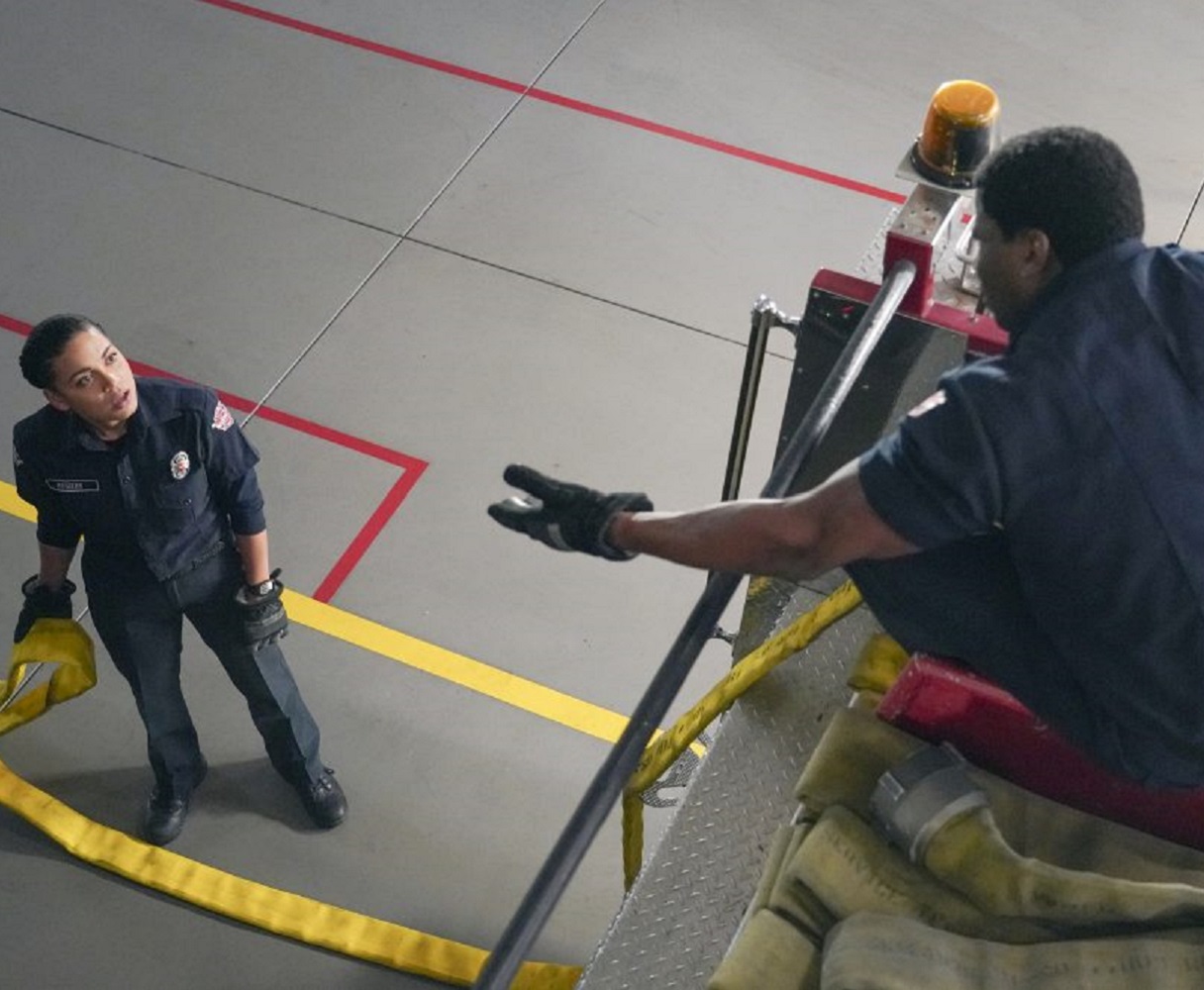 This week’s Station 19 throws a wrench in many of our favorite relationships, both romantic and friendly. It also teaches us that no matter how much we may need an adrenaline rush, archery and beer should not mix. Keep reading for my Station 19 4×08 review!

Miller spends most of the episode trying to figure out his goal for the lawsuit. He meets with a lawyer, Condola Vargas, who is also apparently his ex, so you know this is going to get a little bit messy. When he says he wants justice, she tells him that means nothing because it is too subjective. 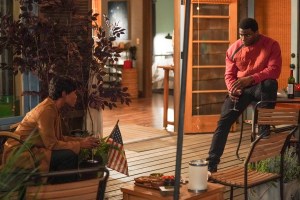 Miller seeks out advice from Ben and Sullivan. Later, Miller calls Condola back with Sullivan, Ben, and Vic all by his side. With their reassurances they are by Miller’s side no matter what, he says he has figured out what he wants.

“I don’t want anyone to feel what they made me feel, or to go through what they put Jada and Joyce through. So, what I want is to prevent them from doing to anybody else what they did to us. What they do to us.”

This remains my favorite plot of the show right now because all I want is for Miller to take on the system and win.

“Something I’ve Never Had Before”

Marcus has been excitedly preparing for Marsha’s return home, so we know she isn’t coming home yet. Emmett calls Jack to tell him her discharge is off. She took a turn and may need a ventilator. The hospital called Marsha’s son, but Emmett knew Jack needed to know. I have some minor questions about HIPPA here, but that’s not out of the ordinary..

Meanwhile, Maya and Carina are still getting everything settled after Andrew’s death. Carina’s old friend Gabrielle bursts onto the scene, fully prepared to take over caring for Carina. They start rattling off with each other in Italian, and reminiscing over old times. Maya is instantly intimidated by their closeness. Even though they never dated, Gabrielle mentions they did have a lot of sex in medical school. 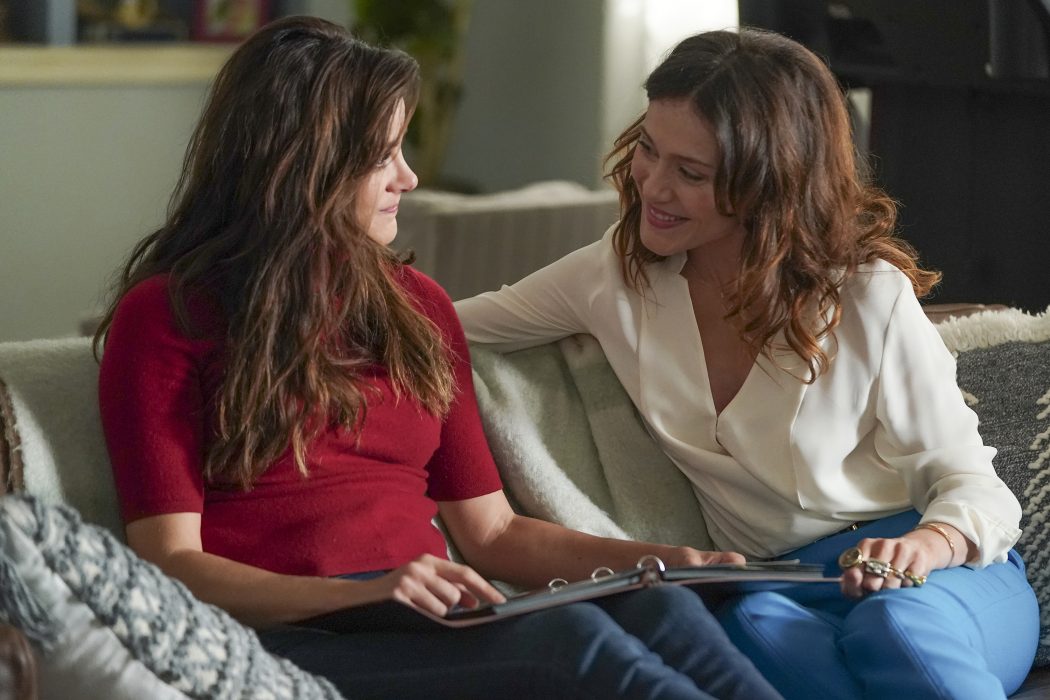 Jack texts Maya about Marsha, so Maya uses that as an excuse to leave the apartment. She lies and says it was Andy who needed her. Maya shows up at Jack’s place, offering her sympathy. Jack calls her out in that way only he can. Maya admits she feels threatened by the way Gabrielle made Carina “come alive.” Jack points out all Maya should care about is that Carina is healing after Andrew’s death. It doesn’t matter who is responsible for it. It’s such a refreshing change of pace to see Jack as the emotionally mature one. His relationship with Inara has matured him in a much-needed way.

As a favor, Maya sets Jack and Marcus up with a fire truck so he can take Marcus up in the cherry picker to see Marsha in the hospital. And as with all scenes involving Marcus, I tear up a little. That boy is so adorable.

Down on the ground, Maya apologizes to Carina for lying about going to see Jack. Carina says she’s not threatened by Jack. Maya admits she is threatened by Gabrielle, and she knows it’s stupid. Carina reassures Maya that what they have is “fantastico” because it’s just theirs. They get to end the episode happy. And that’s where the happiness ends for this week, as we delve into our other plots.

The main medical plot of this episode centers around Tad, an idiot who got bored with his two friends. Needing an adrenaline rush after three beers, they decided to use hunting arrows to shoot cans off each other’s heads. Clearly, it did not go well, since Tad now has an arrow lodged in his head.

Sullivan jumps in action, but Andy points out she is the captain. He questions her choices a few more times. In the ambulance on the way to Grey-Sloan, Tad’s vitals drop and he becomes unresponsive. They argue over whether they should intubate him. Eventually, they deliver Tad to the hospital safely.

Andy calls out Sullivan for contradicting her in front of the team. Sullivan points out Andy questioned his authority all the time when he was her captain. Andy reminds him that he also benched her for insubordination. He says he’s just trying to help her be a better captain. Andy says she doesn’t need his help and she questions what it means that he constantly thinks she needs it. Poor Ben is just sitting in the front of the ambulance while this entire fight is unfolding. Ben eventually pulls Sullivan aside and offers some unsolicited advice. Ben says he knows what it’s like to have to take orders from his wife. But Andy is the boss now and he has to let her shine.

Sullivan finds Andy at the station. He says he just wanted to use his expertise to help her, since he doesn’t get to use it for himself right now. Andy wants to talk about the real problem which is his discomfort over his demotion and their power imbalance at work, but Sullivan doesn’t want to talk about it anymore. Instead, we get what always happens. Sullivan offers up an excuse for his behavior. Then they kick the real conversation down the road a little further. I want to be fully on board the Surrera ship so badly, but these scenes frustrate me so much. I just want to lock them in a room and make them talk.

Vic starts off the episode on a first date with firefighter Ruiz. He made her a broccoli souffle that apparently took three hours. I kind of really want the recipe for it, as well as for Vic’s brownies because both sound delicious. Their date gets interrupted by a call that Ruiz is subbing at 19 tomorrow. This will be the last happy moment they get to have because my girl Vic cannot be happy for more than five minutes.

Once we’re at the station, we find out why Ruiz is too good to be true. He used to be a captain, and he may be responsible for the accident that killed Travis’s husband Michael. Travis does not take it well when he sees him.

Naturally, Vic runs after Travis first. Later, she pulls Ruiz aside and asks if he knew how close she is to Travis. He swears he didn’t know about their friendship. Vic responds that Travis isn’t her friend, he is a piece of her. Ruiz asks if she even wants to hear his side of the story, but she shuts him down.

When Tad’s ambulance gets stuck behind a truck with an unconscious driver, Travis jumps out to provide medical attention. The man has clearly overdosed on heroin. Andy calls in assistance for Travis. Ruiz and Miller are still at the station. Ruiz offers to go, so Miller doesn’t have to possibly deal with any police who may show up. We do get small glimpses that maybe Ruiz is a good guy who made a terrible mistake.

Travis breaks into the man’s truck and starts checking his vitals. Then Ruiz shows up and Travis basically tells him to get lost. Travis uses Narcan to wake him up. For some unknown reason, Travis never actually turned off the man’s truck or put it in park. He was apparently banking on the unconscious man’s foot staying on the brake. Naturally, it does not and the truck rolls over Ruiz’s foot.

Ruiz kind of rightfully accuses Travis of letting the man run over his foot. Travis just says he’s a little off today and then he makes Ruiz walk back to the station alone. And Travis is in the wrong at every part of this interaction, but Jay Hayden plays this angry hurt so well that I am fully sympathetic to him.

Vic finally confides in Miller that she’s kind of dating Ruiz and he possibly killed Michael. She asks if she was possibly born under a lunar eclipse or when Mercury was in retrograde or when “some grey-haired shaman was dancing under a full moon” because of her terrible luck in her love life. I yell from my couch that she could just date Miller and make all my shipping dreams come true. 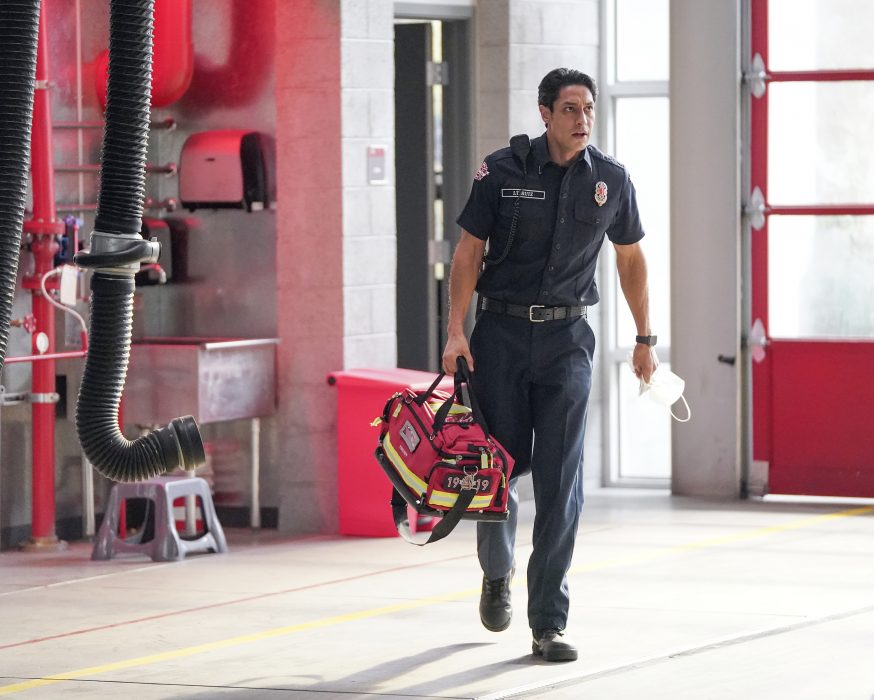 Miller checks in with Travis later and points out that he was completely in the wrong for leaving Ruiz behind with an injured foot. Travis says that Ruiz cost him everything and left him with a “bunch of broken pieces of what I used to be.” And yet again, I just want to hug Travis so badly.

Vic finds Ruiz and asks how he is. He’s had a really rough day and isn’t quite in the mood for another confrontation. Vic says she has to stay loyal to Travis, so she’s done worrying about Ruiz. He says what happened with Michael also destroyed him. Vic is an inherently good person, so she cannot help but comfort him. The episode ends with Travis walking in on Vic holding Ruiz, which seems like it’ll go about as well as anyone would expect.

Next week looks like it’s going to be a highly emotional one for everyone, especially for Travis, which means I’ll need to stock up on tissues. How are you feeling after this week? Make sure to find us on Twitter @capeandcastle and share your thoughts on Station 19 4×08! Be sure to check out our site for more content!