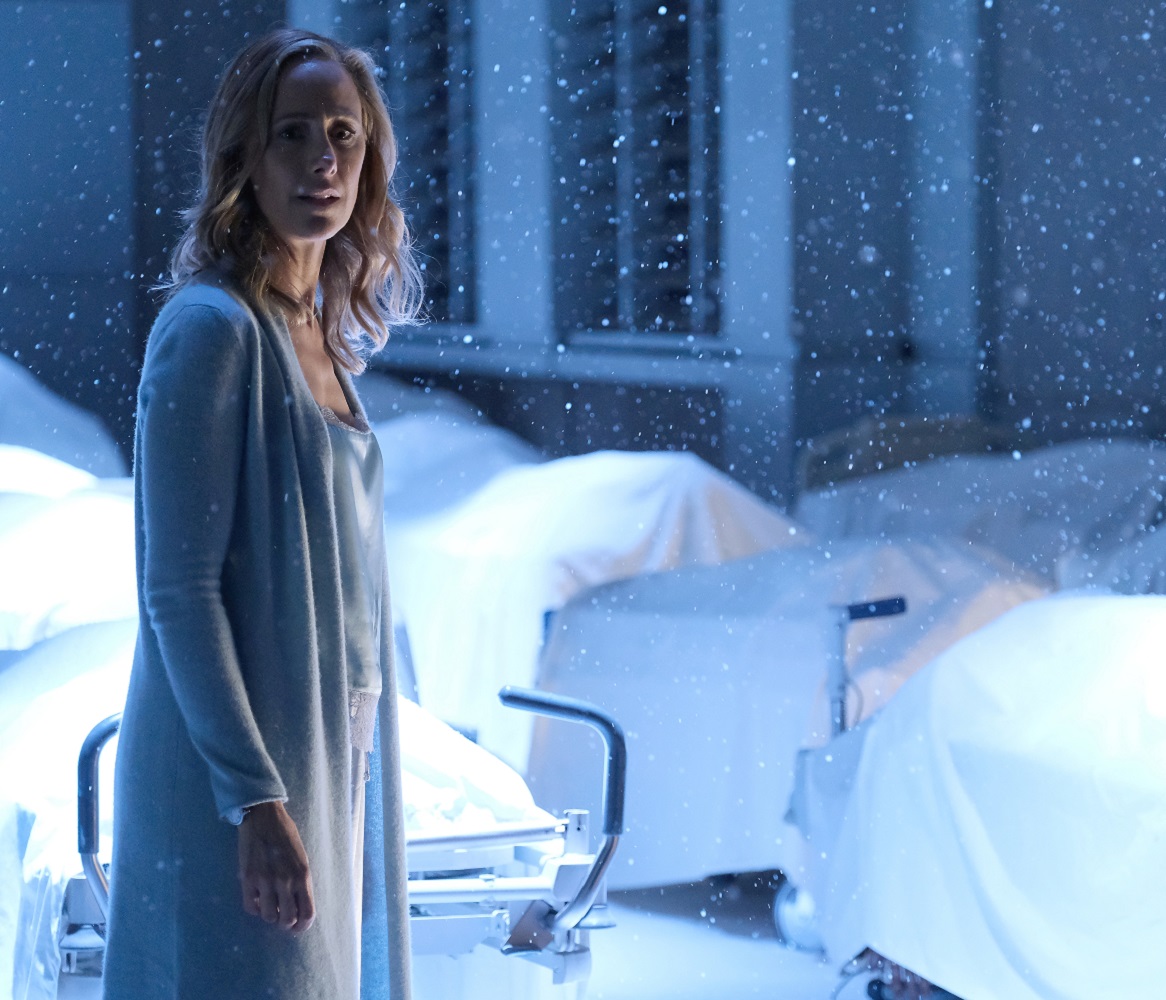 The episode shows a glimpse of what it is like in Teddy’s mind. And also has a lot of flashbacks to Teddy’s past. It is very different than the episodes lately. And in a way it was a breath of fresh air, even though, it was a very depressing episode. So keep reading for our Grey’s Anatomy 17×09 recap!

She replays so much that has happened to her. Teddy is in a catatonic state in her bed. Owen is taking care of baby Alison while trying to take care of Teddy. She is not eating or drinking. Teddy replays her relationship with Owen and Tom. She keeps going back and forth between the two men. She says she loves Owen and that they always go back to being friends. Tom keeps telling her to go away with him. Teddy also deals with the death of DeLuca. In her mind, she thinks Owen puts her second. She believes that Christina and Amelia will always come first. All these scenes are in her head.

Amelia shows up at Teddy’s place to try and help Owen. She brings some fluids, so Teddy can get her energy back. Amelia asks if he has talked to Teddy. She points out that Teddy lost DeLuca. Owen tells Amelia that ALL of them lost DeLuca, but that does not mean they got to shut down. Owen believes that Teddy has kept too much from him. She kept her pregnancy from him, the affair with Tom, and her relationship with Alison. He cannot do it anymore. 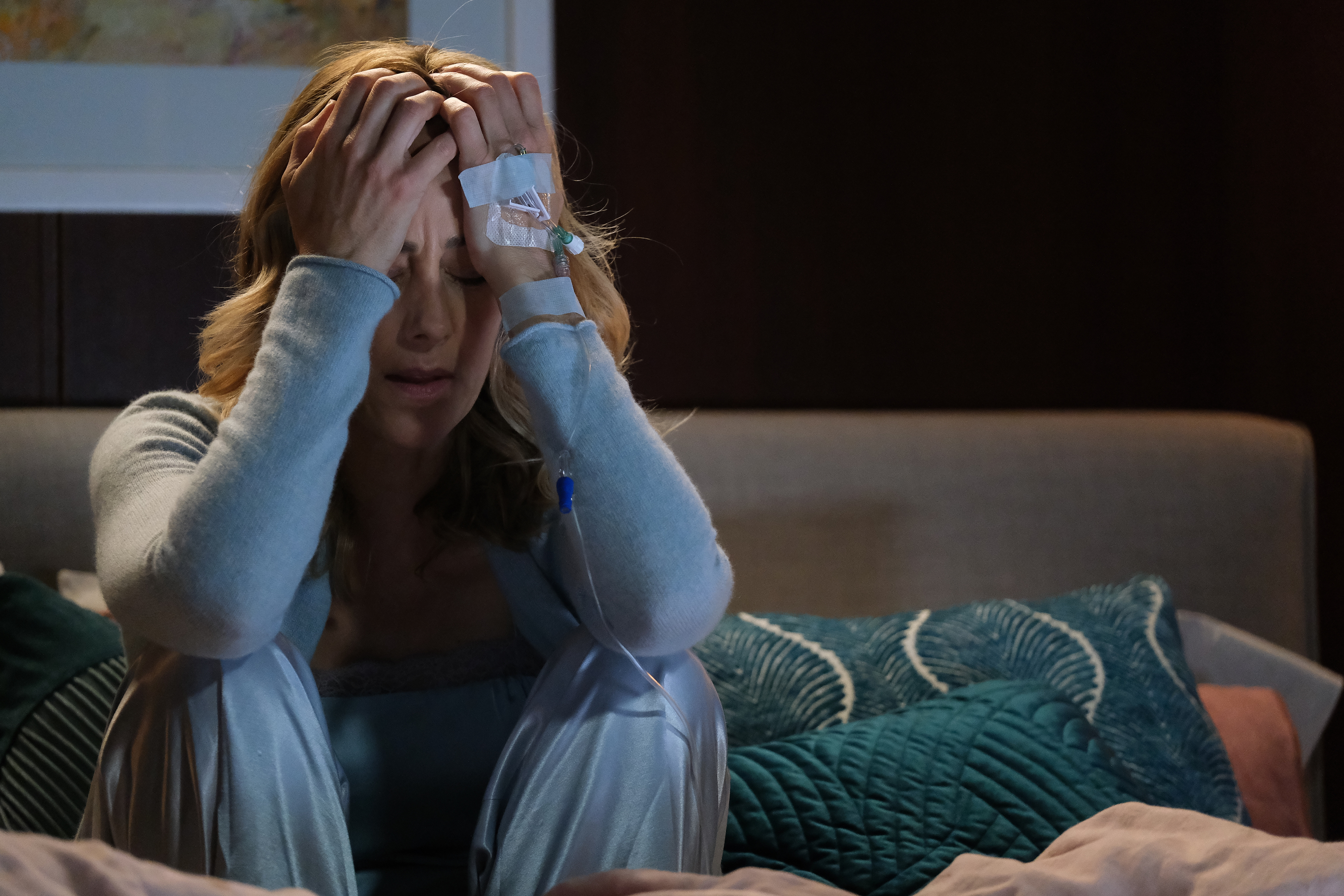 In her mind, Teddy believes she is not enough for Owen. She replays her relationship with Alison. Alison was there for her when Teddy lost her parents. Alison even volunteers to go to her mom’s place to help pack her stuff up. Teddy tells DeLuca that she did not mean to hurt anyone. She tells him that she killed Alison since she left Alison at the apartment on 9/11. She did not stay with Alison, instead, she went to work. Alison stayed and was killed in New York on 9/11. She believes since DeLuca is in front of her, that he did not die, and she can go back.

Amelia admits to Owen that Teddy has PTSD. When you are hurting, you hurt other people. Both Amelia and Owen have hurt other people because they were hurting. He tells Amelia that Teddy did not tell him about Alison. Amelia points out that he does not go around telling everyone that he choked Christina. He retorts that he was asleep when it happened. Still, Amelia said he did it. In Teddy’s head, she keeps Alison with her during 9/11. When the planes hit the Twin Towers, Alison starts acting strange while in Central Park. She is coughing from the smoke. Suddenly, Teddy is in the OR trying to save Alison. When Meredith announces the time of death, she states that there is “No joy without pain”. 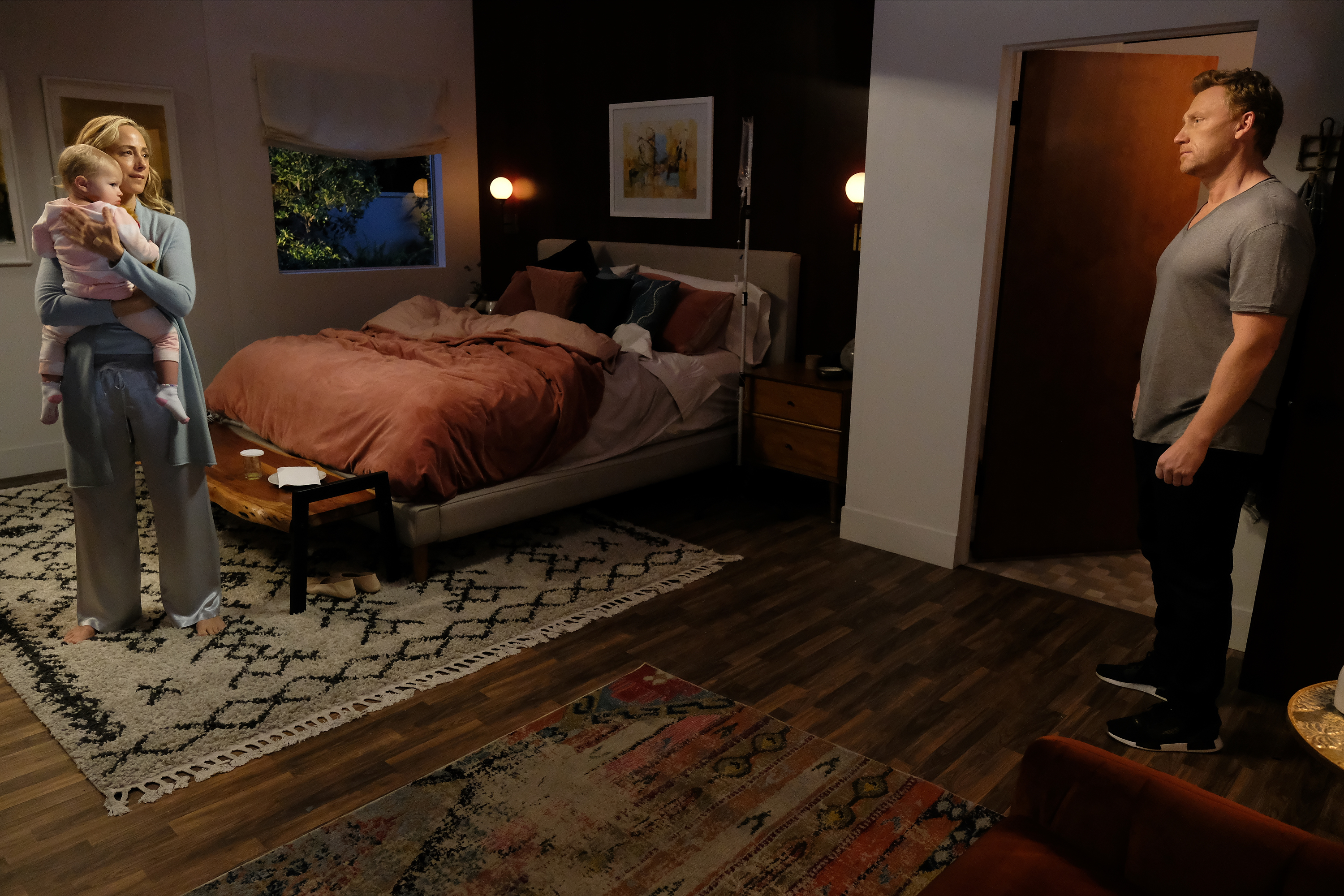 The scene cuts to Teddy in bed crying. Owen sees Amelia out of the apartment, and he hears baby Alison crying. He goes to her and finds Teddy holding their daughter. The episode ends with Owen watching Teddy. Will he be able to forgive her? Does Meredith make it out of a coma now? What is going to happen next with the staff at Grey Sloan Memorial? Find and follow us on Twitter @capeandcastle to share all of your Grey’s Anatomy 17×09 thoughts with us! Be sure to check out our site for more content!