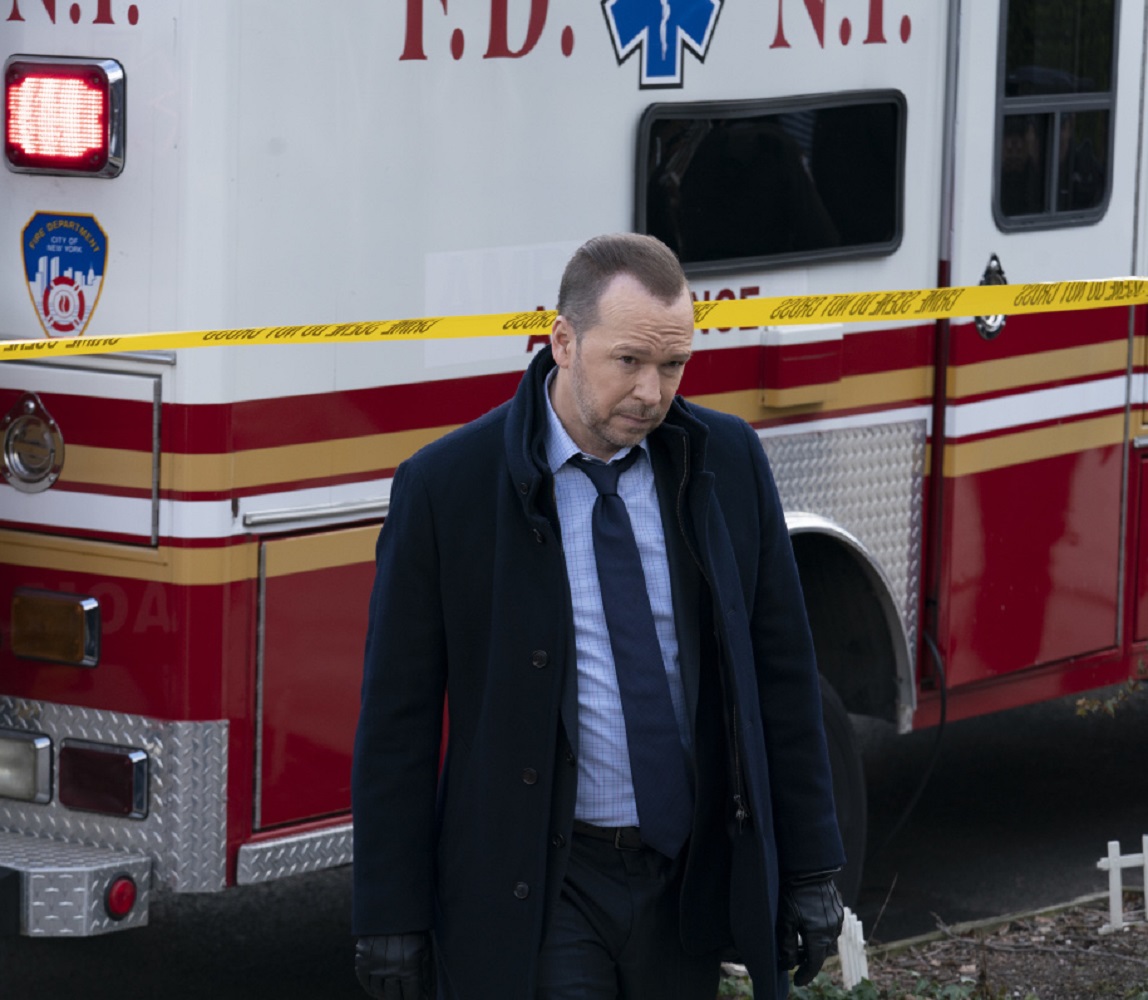 When Maria finds the body of a man she dated a few times in her front yard, she becomes a suspect. But Danny isn’t about to let his partner go down for something we all know she didn’t do! And Jamie found himself facing another difficult decision when it came to punishing one of his officers for being repeatedly late. Then we had Erin continuing to deal with Kimberly being difficult and handing Erin challenge after challenge. All of which seemed pretty unnecessary. And Erin clearly had enough! So keep reading for our Blue Bloods 11×09 review!

Maria seems to be dealing with one rough situation after another lately. But finding the body of her trainer, that she had also gone on a couple of dates with, in her front yard? Yeah, that situation is winning out for the worst so far. And we’re going to hope that things are going to start going up for her from here on out. Luckily, Maria can always rely on Danny to have her back. Because no way in hell was he going to let her go down for the murder of Eamon. But it was definitely tough to watch Danny interviewing Maria to do a practice run before IA showed up. We weren’t surprised that Maria had a hard time answering. 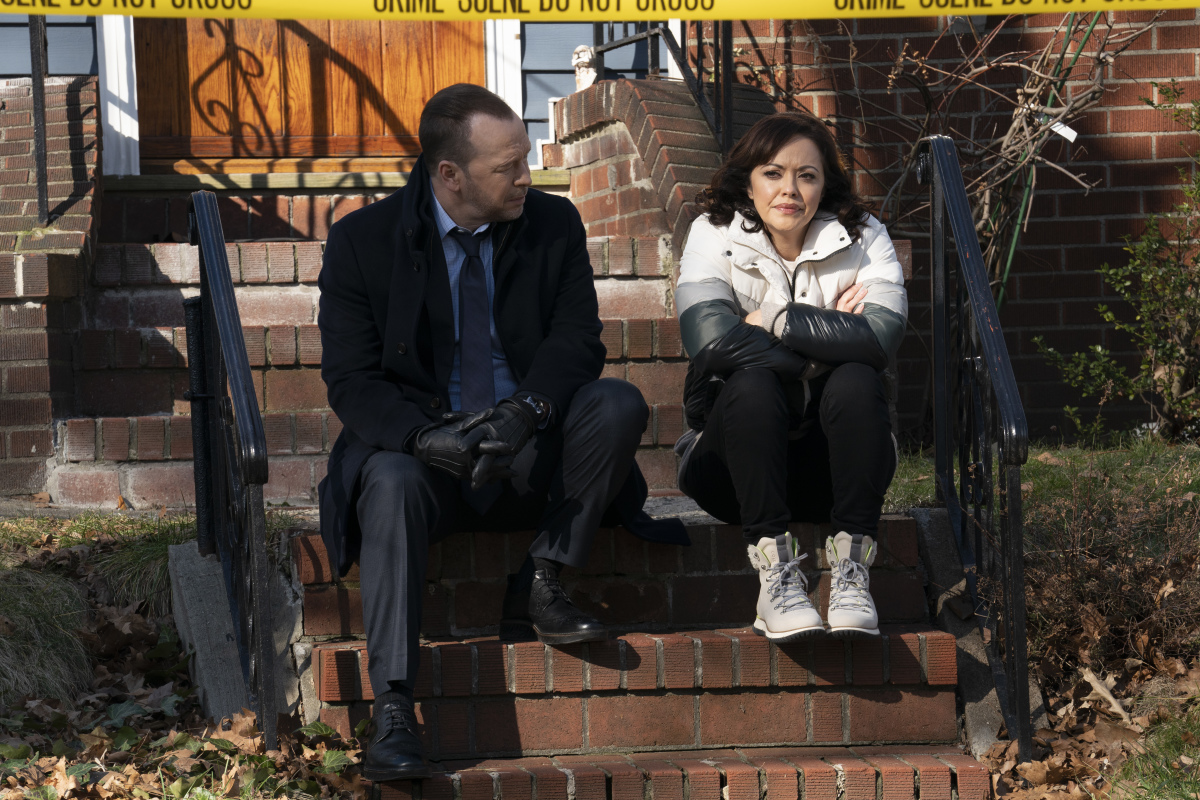 We never doubted that Maria was innocent when it came to the murder of Eamon. But the only other suspect we saw was the fiance. And that seemed a little too easy. But a woman killing a man because of him cheating isn’t exactly a new motive. It also seemed to be as simple as it appeared since the fiance didn’t waste much time before going after Maria. Can we give her a break, please? Maria needs a vacation or something. At least a few weeks without being attacked would be nice. Once again, Danny arrived just after Maria kicked ass and once again saved herself.

Jamie once again was faced with making a tough decision. Sure, everyone has a life outside of work and sometimes it can get in the way of work. But Diaz being late to work three times within a week is a bit excessive. And if Jamie lets it slide for Diaz, then he’s going to have to let it slide for everyone. And while we are as sympathetic as Eddie that Diaz’s wife is pregnant and he’s just helping out in the mornings when she’s sick, we also agree with Jamie. After a while, coming up with a backup plan or setting up someone else to come help her in the mornings seems necessary.

But then things get worse when Eddie is acting as the union delegate while the usual one is on vacation. This means Eddie and Jamie are faced to go against each other over the situation with Diaz. Yeah, that’s a big yikes from us. But we should have known Jamie and Eddie wouldn’t let a work disagreement get between them. Well, not too much anyway. It wasn’t surprising that the CO sided with Jamie about not being able to show leniency. We agree that it sucks and can absolutely understand Diaz’s struggle, but it is what it is.

It’s understandable why Erin was feeling at the end of her rope with Kimberly. Every time she found the patience to accept the next challenge Kimberly presented her, it seemed Kimberly made things more challenging. And at first, we’ll admit we enjoyed it. Sometimes Erin can drive us a little crazy. And we thought it was kind of nice to see her getting a little taste of her own medicine. But things quickly became a little less fun and a lot more annoying to watch. Giving Erin notes on how to do things a rookie could do, definitely seemed like overkill. And a personal attack. We kind of liked seeing Erin fight back. But we also liked seeing Anthony hit her with the truth. 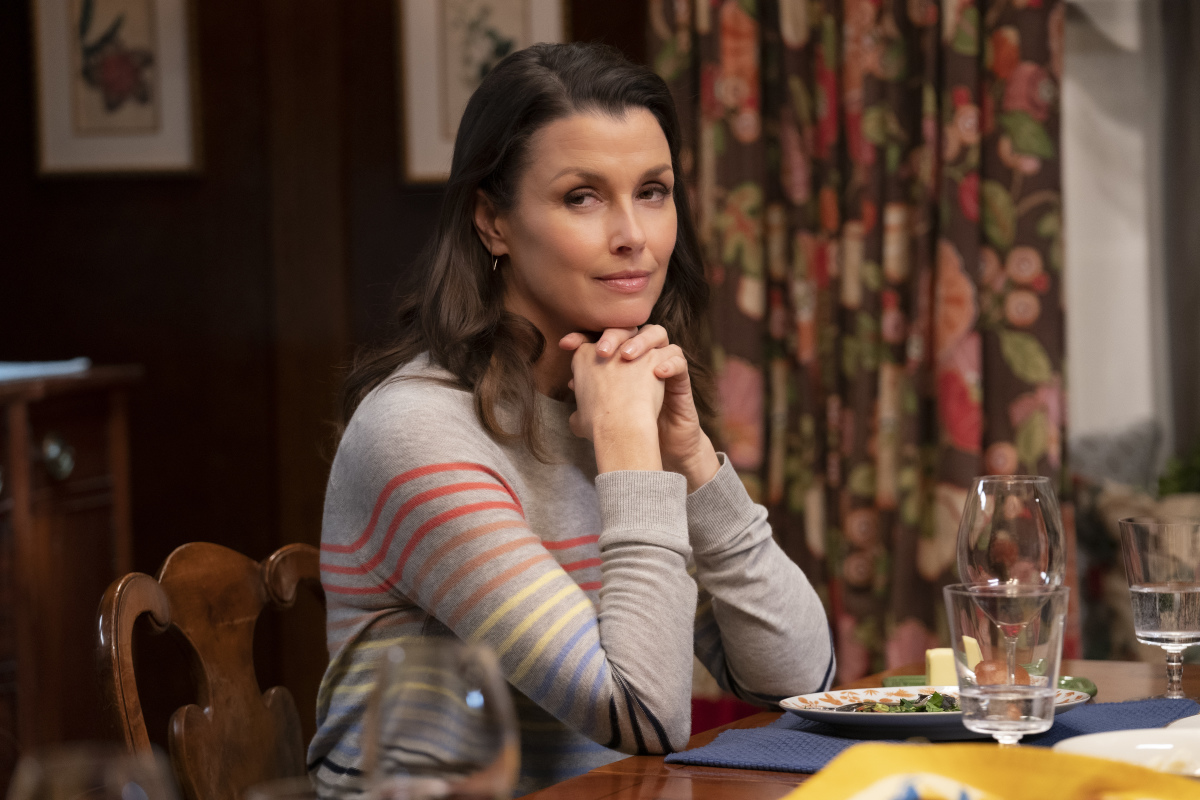 What did you think of Blue Bloods 11×09? What did you think of how Erin handled the situation with Kimberly? Do you think Kimberly is being too hard on Erin? Or is she just making sure that Erin does her job? Did you agree with Jamie’s punishment for Diaz being repeatedly late? Or did you agree with Eddie that it was a little harsh? Did you doubt that Danny was going to be able to help Maria? Or did you know he would come through for her? Find and follow us on Twitter @capeandcastle to share all of your thoughts with us on the episode! Be sure to check out our site for more content on all things Disney and beyond!