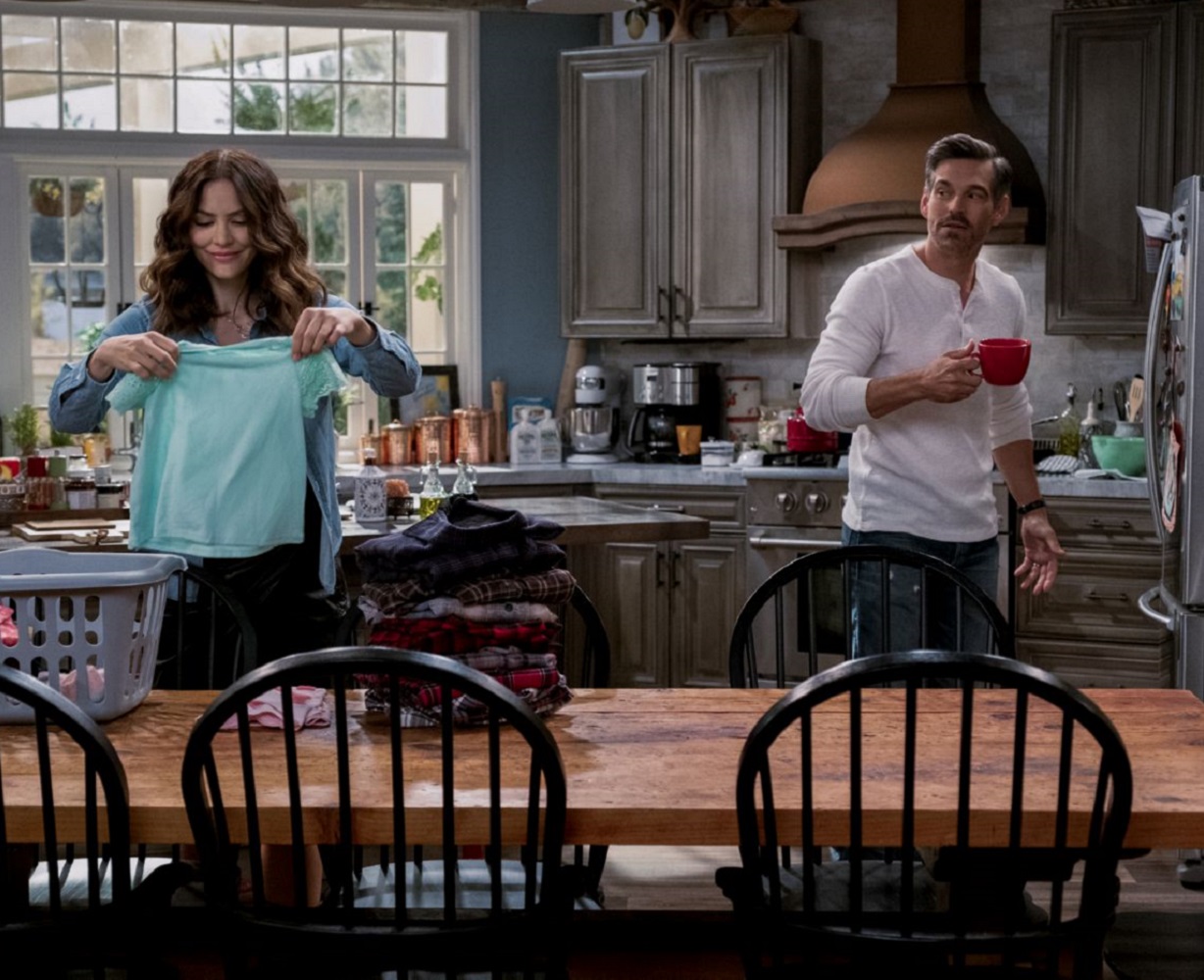 Everything about the show felt fast-paced in the best of ways! Also, any show with Katharine McPhee or Eddie Cibrian is one I’m into. So both of them? Score! And singing? Yes. Count me in! But there is so much emotion and beauty within this show. It is so much more than a comedy. There were several times I found myself tearing up in the first season and there may have even been a couple that I was full-on bawling. And I’m going to need so much more. Netflix better give all of us more! So keep reading for my Country Comfort review!

From the moment Bailey came on the screen, I loved her. And then there was Tuck. I loved how quickly he talked and had a scheme in mind from the moment he saw Bailey. Cassidy was such a straight shooter for her age and she immediately had me cracking up. I’m not going to lie. I completely hated that Beau already had a girlfriend. Did I want to see him with the nanny, who wasn’t really a nanny? You’re damn right I did. The Nanny was one of my all-time favorite shows and I was getting such strong vibes of it within Country Comfort. The good news is that Summer was not the right fit for Beau. And yes, I called that within the first five minutes. 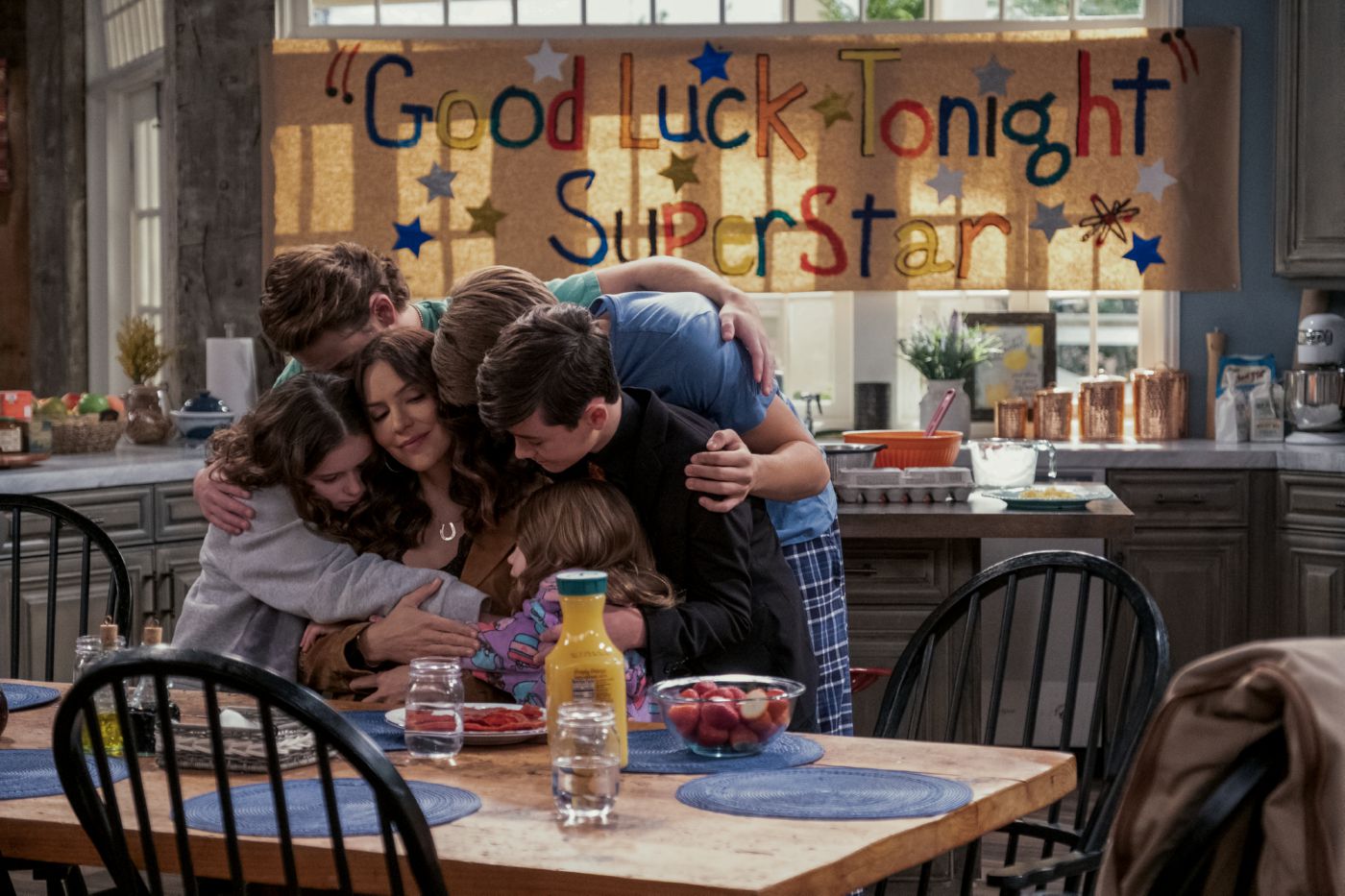 Nanny or not, Bailey immediately took to the kids and they took to her. Sure, Brody, Dylan, and Tuck because they had instant crushes. But it was more than that. And Chloe was attached from the moment they met. Literally.  Even Cassidy liked her even though she tried not to admit it. But when I learned why Cassidy acted the way she did and wasn’t a fan of music, I loved her even more. While she definitely didn’t mean to, Bailey was able to get Cassidy to open up a little bit. But Bailey wasn’t perfect and that’s just one of the many things I love about her. She made mistakes and she upset the kids or Beau a few times. Her heart was always in the right place though and she always did her best to make it up to those around her.

When it came to Beau and Summer, I wasn’t feeling the chemistry. Sure, opposites attract, but in their situation, I think they were just a little too different. And Summer spent a lot of her time trying to change Beau. But she also spent a lot of her time trying to change or shape the kids into who she wanted them to be. Also, Beau lost his wife two years ago, he and Summer have only been together for eight months and she’s giving him ultimatums about spending the night and bringing up marriage?! No thanks. Whereas Bailey encouraged the kids to be who they were. Being a nanny was a learning curve for Bailey. And I think Bailey got into the swing of things pretty quickly. Sure, she had some missteps along the way. And some of them were major. But Bailey’s heart was always in the right place. There were times that she put her own needs first, but Bailey also cared enough to always make up for any mistakes she made.

The chemistry between Beau and Bailey on the other hand? I was definitely feeling it between the two of them. Bailey drove Beau crazy. She made him mad, she made him laugh, and Beau never knew what Bailey was going to do next. But she fell in love with his kids and the bond between them clearly had an impact on him. And Bailey herself clearly had an impact on Beau. Bailey encouraged Beau to grieve for his wife and let him know that she was there for him. But Beau was there for Bailey as well. She had to deal with Boone and the hurt she was still feeling from what he did to her. And Beau could see it and supported her in the same way she supported him. Bailey never pressured Beau and it sure seemed to me like Beau put her and the kids before Summer.

When it came to the music, I grinned every single time there was a song. I loved that not only is Bailey wildly talented, but the rest of the family is as well. And I loved that part of the way Bailey bonded with the kids was through music. Especially considering that they hadn’t touched an instrument, much less allow anyone to sing with them, since they had lost their mother. And when it came to Katharine McPhee’s singing? She’s always astounding, but she literally gave me chills so many times throughout the first season. Speaking of chills, the first time Cassidy and Bailey sang together had me feeling all of the chills and bawling. And don’t even get us started on LeAnn Rimes’s appearance. We love her! 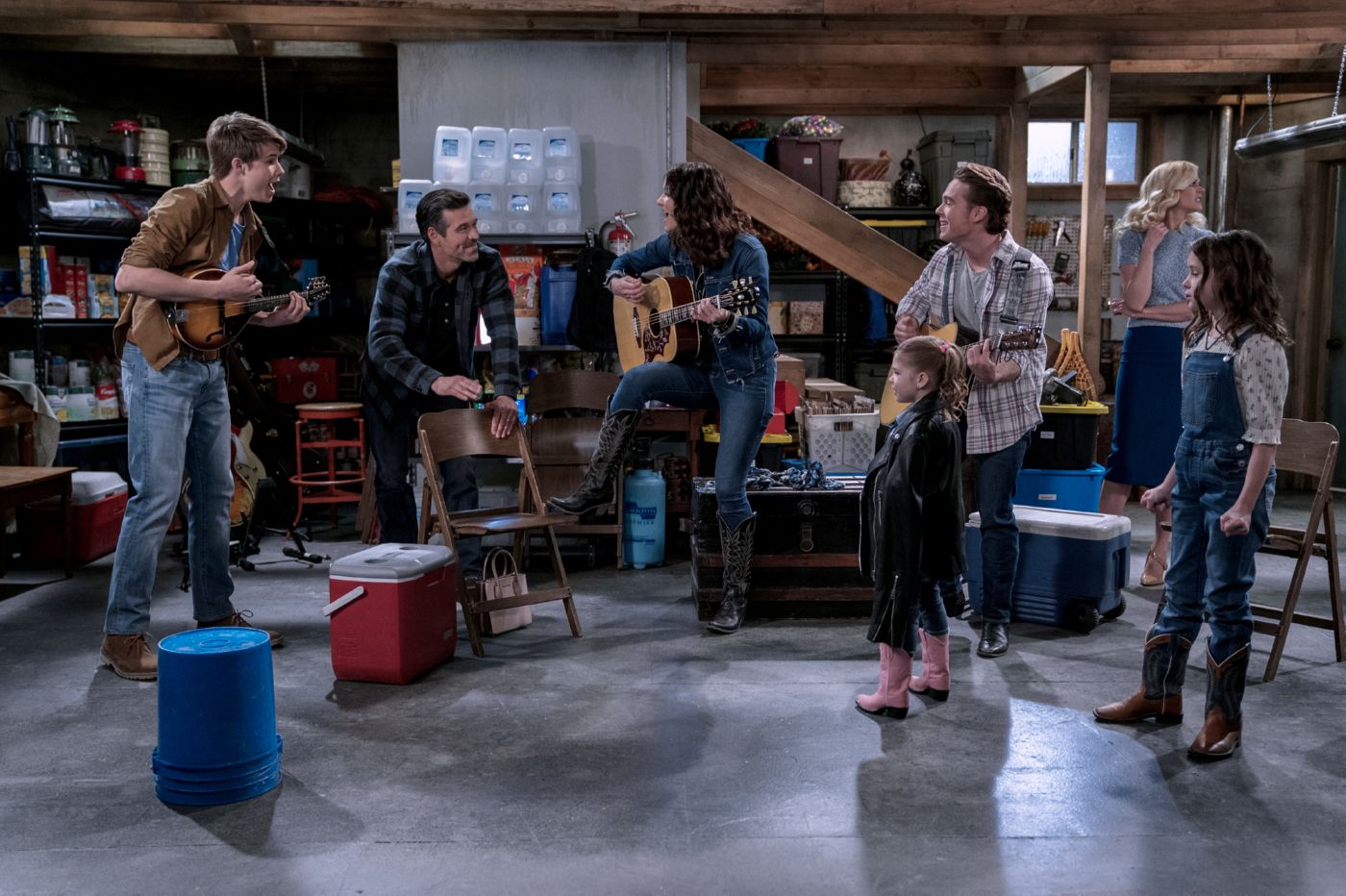 What did you think of Country Comfort? Did you love the first season as much as we did? Do you think Netflix is going to renew this series? What did you think about LeAnn Rimes making an appearance on the show? Did you love the music in the series? Do you think Beau and Bailey are going to get together if there is another season? Or do you think Beau and Summer would stay together? Who would you rather see Beau with? Find and follow us on Twitter @capeancastle to discuss all things Country Comfort! Be sure to check out our site for more articles, quizzes, podcasts, and more on all of your favorite things Disney and beyond!