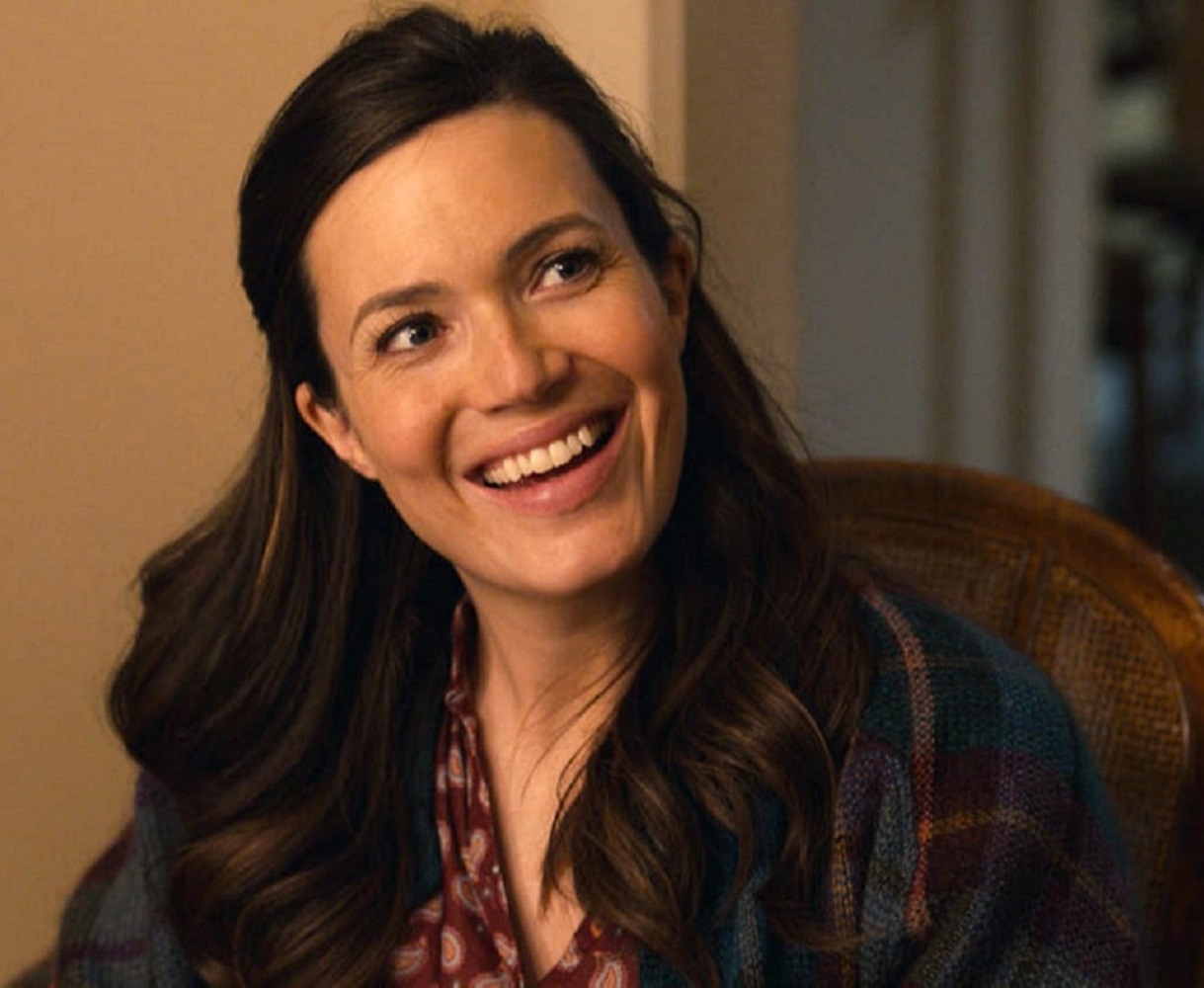 On this week’s episode, we had not one but three dinners that went horribly wrong! In Philadelphia, tensions are already running high as Beth’s mother has overstayed her welcome after helping out with the girls while Randall and Beth were in New Orleans. In Los Angeles, Kevin and Madison invite Kate, Toby, and the kids for dinner. And in a flashback, we see Jack at a business dinner. So read on for our This Is Us 5×10 recap!

Beth wants her mother gone and plans a final supper for her only to discover Carol has delayed her departure another week. Before the curry chicken is even served Malik takes Randall aside for advice. His ex-girlfriend wants back in their daughter’s life and he doesn’t know what to do. Randall tells him had he known his birth mother it would’ve saved him a lot of money on therapy. This blows up for both of them when Déjà sees Jennifer is texting Malik. An upset Déjà leaves the table. Next to leave is Tess who becomes increasingly frustrated Beth keeps forgetting the proper pronouns for her friend Alex. Tess announces she and Alex are a couple and Beth is shocked her mother knew all along. After Annie asks to be excused (can you blame her) Beth lays into her mother for being overly judgmental and orders her to leave. Exit Carol. 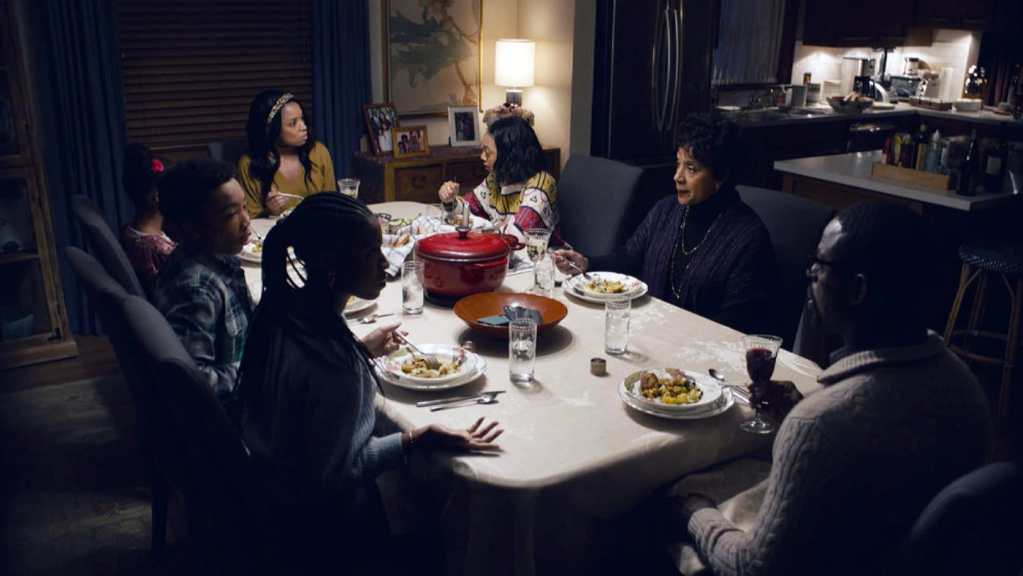 Randall finds Déjà who tells him that he was the first person to ever be in her corner. And while it’s fine to give Malik advice she needs Randall to be team Déjà first and foremost. Randall promises her that he will be.  Beth finds her mother packing and tries to smooth things over. Carol agrees that she can be picky when it comes to things like napkins on the lap and no phones at the table but she actually enjoys the chaos of the Pearson home. The noise is so much nicer than the unsettling quiet of her house and why she kept putting off leaving. Randall is then shocked when Beth informs him that her mother is staying with them indefinitely.

Toby is under a lot of stress being out of work and asks Kate not to say anything to Kevin until he has a new job lined up. Unfortunately for Toby, he learns that another job prospect has fallen through just as they arrive and quietly stews as an oblivious Kevin rambles on about all the baby gifts the twins have gotten from every celebrity he’s ever worked with and his plans to build a family commune for all of them in Malibu. 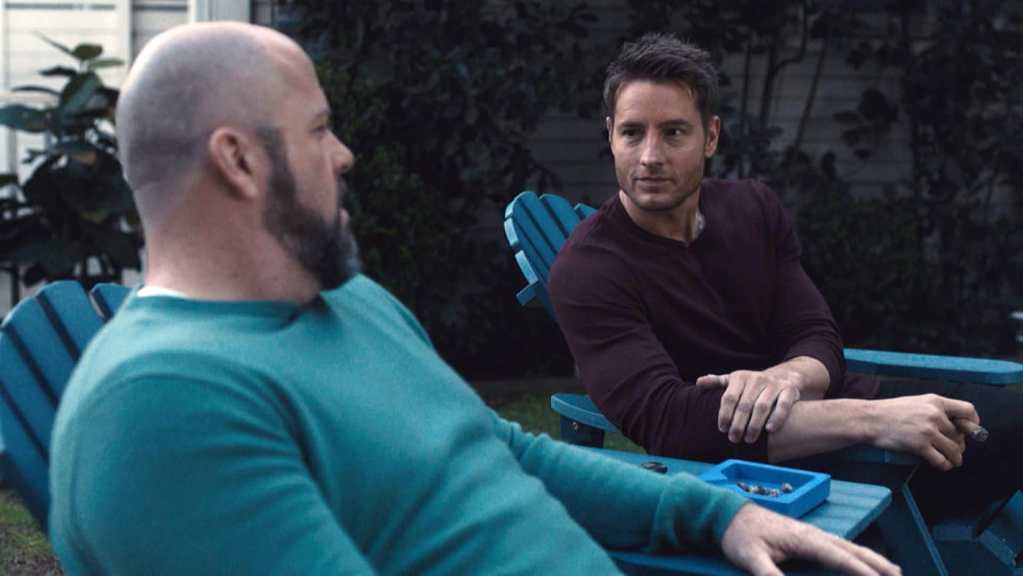 Toby finally loses his patience at the dinner table when Kevin tries to buy Hailey an expensive baby gift. He accuses Kate of telling Kevin about being laid off. Kevin tries to smooth things over but only makes it worse. Toby dismisses Kate’s offer for her to go back to work. And even takes a swipe at Madison by suggesting it’s not that hard to be a mother with a nanny. It’s an ugly exchange and while I sympathize with Toby I kind of like this new selfless side of Kevin. He considers his money the family’s money. This is emphasized even more when Kevin privately tells Kate that if there’s anything the kids need she shouldn’t hesitate to tell him. I’m sure this will all come back to haunt them but at least Toby and Kevin end the hour as brothers.

Kate realizes they didn’t have a lot of money growing up but never knew. She calls Rebecca and thanks her for everything and asks how she managed. In the past, we see when the big three were newborns Jack was up for a promotion. The dinner was a success until the partners suggested credit card roulette. Miguel tried to talk Jack out of it but he threw his card in and ended up with the tab. Rebecca was livid Jack spent over two hundred dollars they didn’t have and decided to take over the finances. Inspired, Kate tells Toby she’s taking a job as a teacher’s assistant at Jack’s music school. Kevin laments to Madison that he won’t get his family commune in Malibu. But says he likes it being just the four of them. Famous last words right? Because there’s a knock at the door and it’s Nicky.

This Is Us 5×10 gave us quite a bit to think about. Is Déjà right to be concerned about Malik spending time with Jennifer? Are Toby and Kate heading for a rough patch? Will Uncle Nicky disrupt Kevin and Madison’s newfound bliss? Will Beth be able to live peacefully under one roof with her mother?  Drop a comment below and be sure to follow us on Twitter @capeandcastle! You can also check out our site for more This Is Us content!