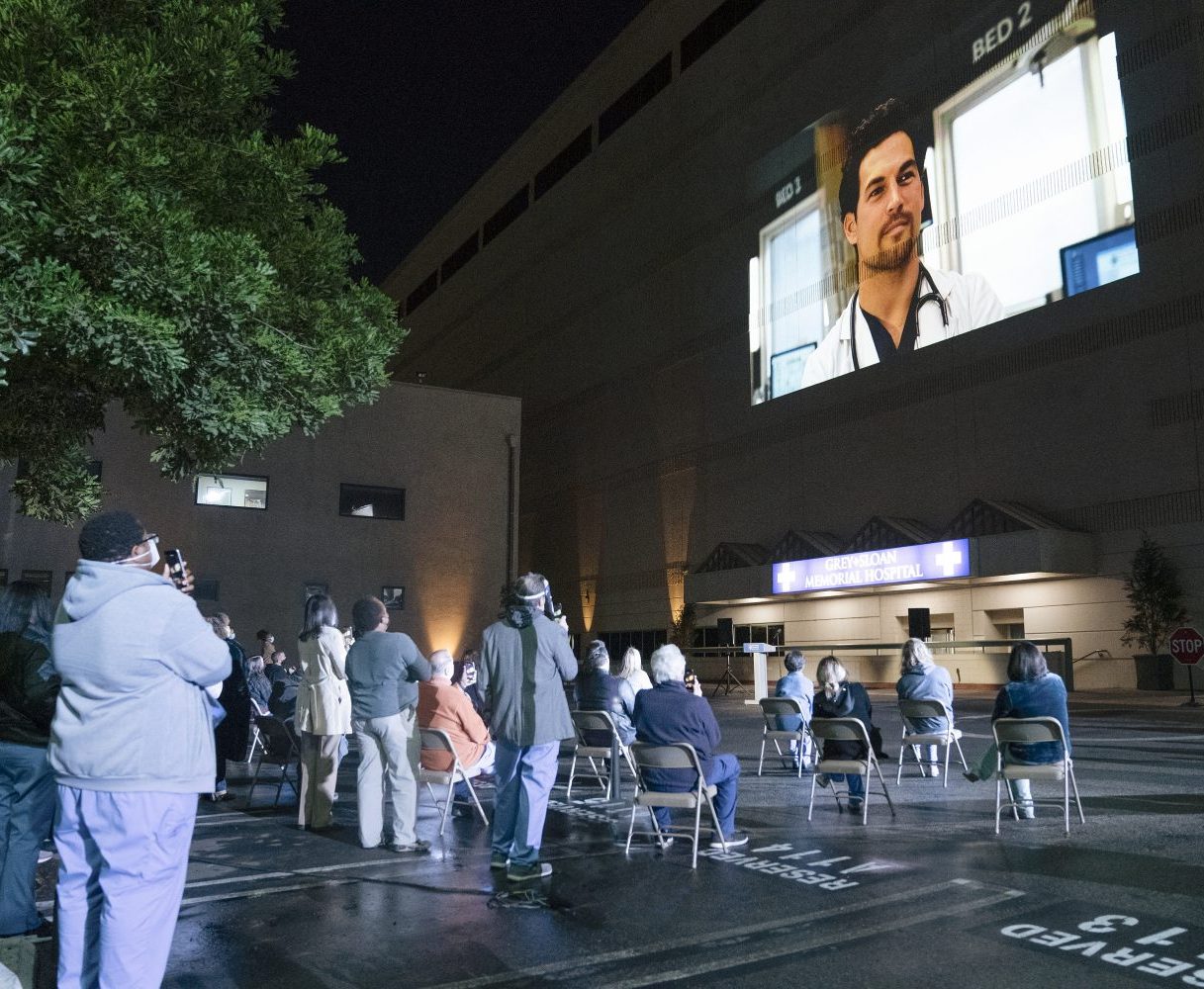 After last week’s episode, I knew we were going to deal with DeLuca’s death, but oh boy. Everyone, including Meredith, who was still in a coma, was dealing with loss. We also got another appearance from a fan-favorite. It has been a darn good season of this series that has been on for almost two decades! So keep reading for my Grey’s Anatomy 17×08 recap!

In Meredith’s dream state, she was with Derek. Dr. McDreamy was back! But oh boy, seeing him brings back memories and now we know why Meredith doesn’t want to leave. She misses her husband. She misses being happy. When Covid hit, all she saw was death. And now she is in this beautiful place where you just sit by the water with no worries. Meredith wants to be with Derek.

Amelia and Maggie don’t want to tell the children about DeLuca. Amelia mentions that the kids have been through enough. Linc admits to Amelia that he has been sneaking whiskey at night to get through the days. He didn’t want to tell her since she is a recovering alcoholic. He runs off to Jo’s apartment and finds Jo and Jackson. 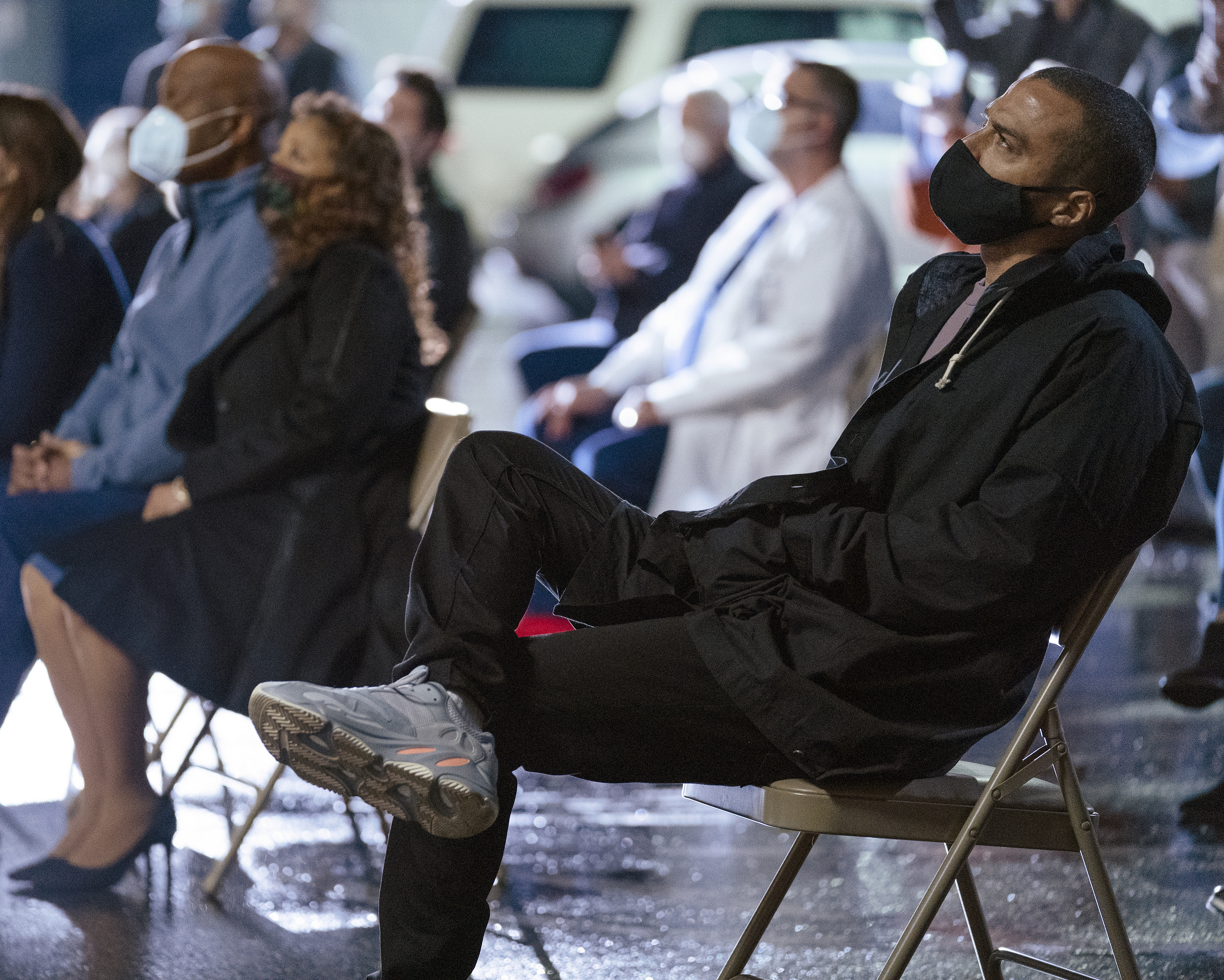 Linc is upset that he is home with four kids and Amelia. He is afraid that he will accidentally say something about DeLuca’s death. Jo and Linc drink together and teach Jackson about their game called “Make It Sadder” on who gets the last drink. Jo tells Jackson and Linc that she is switching specialties.

There is a heart patient that Maggie has to deal with. The patient does not want to be at Grey Sloane, he does not want to be at any hospital. He believes that he is going to get Covid if he is there with other people. He evens escapes the OR right before he is supposed to be put under. The patient runs around the hospital naked. Maggie finds him and calms him down. She tells him about DeLuca and how they are dealing with the loss of one of their own from a stab wound. His heart is only going to get worse if he does not get the surgery.

Bailey is in denial over DeLuca’s death. She does an autopsy on DeLuca. Richard tells Bailey that all of them need to grieve. Bailey wants a reason why DeLuca died and even believes that the doctors need to be questioned. Richard reminds her that DeLuca died for no reason other than a crazy woman stabbed him. He wouldn’t put the blame on any of his doctors because they don’t deserve it. Richard helps plan a memorial for DeLuca outside of the hospital. He also tells Bailey that she needs to take some time off. 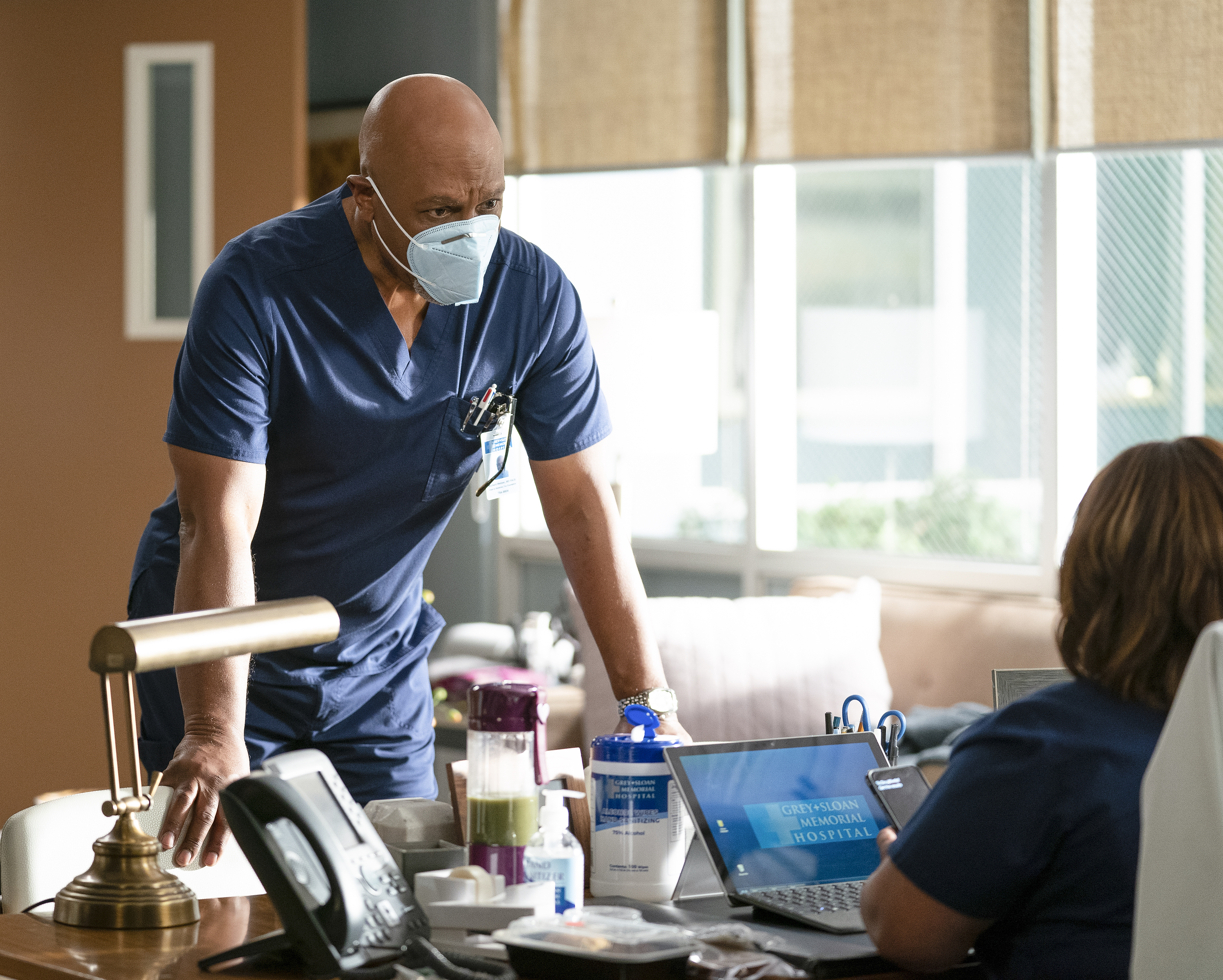 Teddy and Hayes are trying to take Meredith off of the oxygen, but she is not responding. There is no reason why Meredith should still be in a coma. Hayes begs for Meredith to come back. He reminds her that all of them at the hospital need her. Hayes talks to Richard about his wife, the therapist told him there is no wrong way to grieve when losing a loved one. Yet, Hayes points out the wrong way to grieve is over a computer screen.

Teddy is having a hard time with DeLuca’s loss. She keeps seeing DeLuca throughout the hospital. Her attempt at helping Meredith isn’t working. She goes into a catatonic state during the memorial. Owen picks her up and takes her home.

Hayes shows up at the beach and talks to Meredith. He tells her that her children need her. She is in no pain, but she knows she should go back. Hayes keeps telling Meredith to fight. Derek reminds Meredith that is okay to go back; he will be right there waiting for her when it is time. Back in the hospital, Hayes notices Meredith move slightly.

During the memorial Richard talks about DeLuca and he shows them DeLuca’s video he sent to apply to Grey Sloane over five years ago. DeLuca talks about the doctors at Grey Sloane and how great they are. He wants to learn from them. Yet in the end, everyone realizes that they learned things from DeLuca. Will Meredith finally wake up? How will the doctors at Grey Sloane start to heal? How much more will Grey Sloane lose during this pandemic? What did you think of Grey’s Anatomy 17×08? Find and follow us on Twitter @capeandcastle to let us know! Be sure to check out our site for more content on your favorite series!