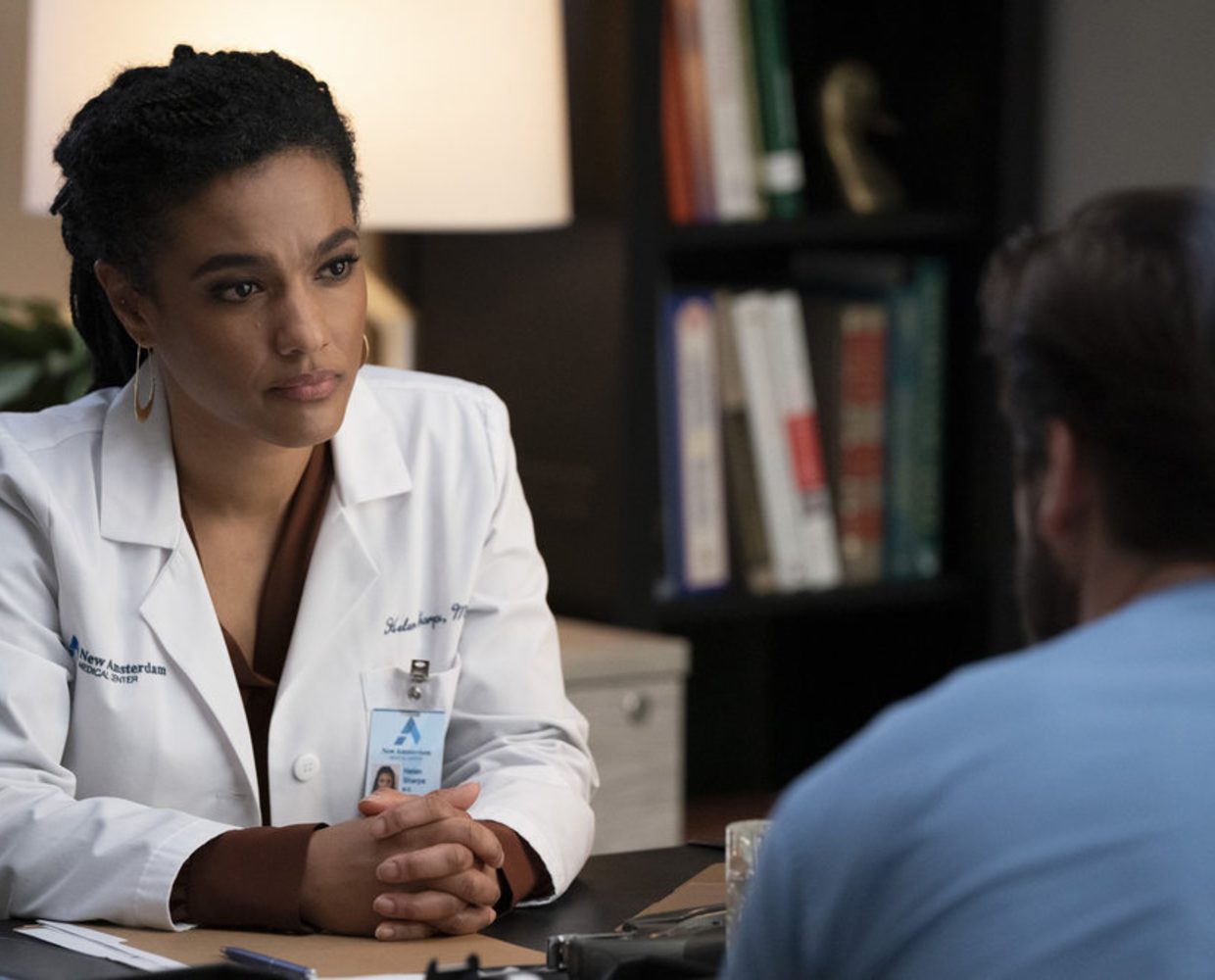 Dora wanted Max to record and release a PSA. But he didn’t seem to be down with it, just like he didn’t seem to be down with bringing Luna home just yet. And while she was scared, Helen believed that for the good of her patients, they needed to encourage people to come back. Then we had Iggy struggling to deal with having to meet with his patients through the telemedicine system and hating every second of it. So keep reading for our New Amsterdam 3×03 review!

Max being in denial about Luna walking was both adorable and sad because she isn’t with him. And Max was clearly still struggling with that. We understand why he is allowing Luna to stay with her grandparents and we’re glad she’s safe. But we would love to see her back with him! And Helen is a big part of why we think that may be happening sooner rather than later. We agree with Max that calling it a meltdown was a little much because what Helen said was so true. But we did also think that he was the one to release the video just for a second. He can’t really blame us, because even he admitted that it was totally something he would do. And it ended up being a good thing. Proving that following a script isn’t always the best way to get a point across and that it’s okay to speak from the heart. 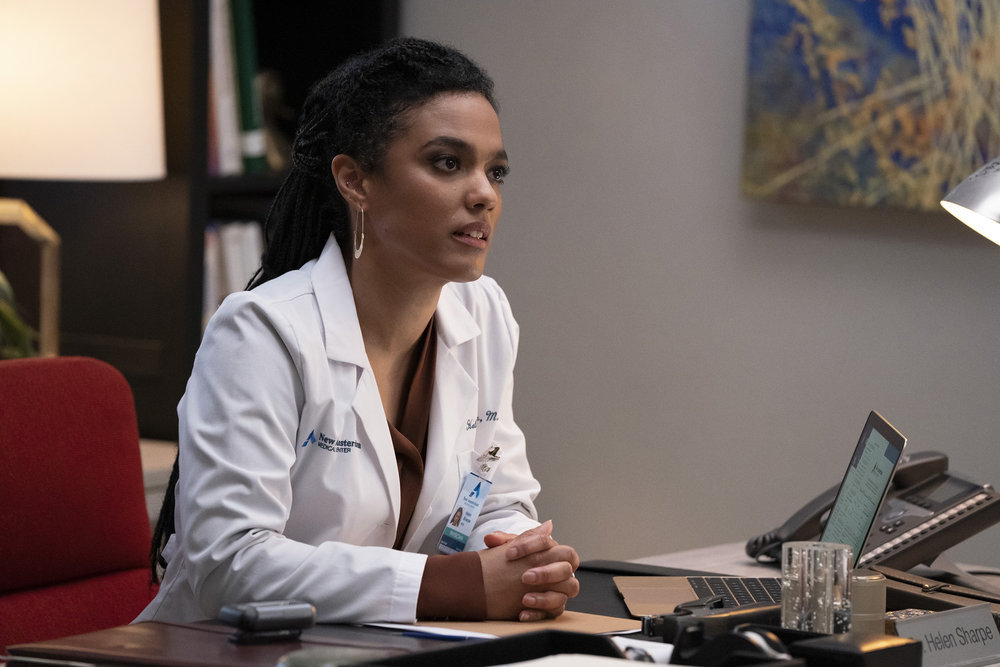 Our hearts were breaking at Millie being back in the hospital and not doing well. And it was clear that it was affecting Helen as well. She cares so much about her patients and when they hurt, so does she. So when Millie’s condition worsened, we saw Helen’s heartbreaking. Not only for Millie but for Millie’s family as well. Helen wanting to go through with the PSA really wasn’t surprising with everything she dealt with in Millie’s case. The decision about opening New Amsterdam’s doors certainly wasn’t an easy one to make. For anyone. There were just a lot of pros and cons for each side of the decision. No wonder Max was struggling with it so much.

We totally understand where Iggy is coming from about his frustration with the telemedicine system. Especially when it comes to his patients. He needs to be able to see their body language to do his job. But we’re lucky that Iggy is so good at his job that he picks up subtle cues even through a computer screen. Though Iggy also proved just how necessary it is to be able to have more contact with his patients than through that computer screen. And once again, Iggy had us feeling emotional by finding a way to help his patients and their families without bringing them into the hospital. We love Iggy so freaking much!

There are so many reasons why we love Max. And his attitude during the PSA Dora was making him do was just one of them. We get where Dora is coming from but Max also made some pretty great points about why he didn’t want to read from the script he was given. But Helen also made some great points for why the PSA was a good idea. And while we hate seeing the two of them at odds, sometimes it’s the best thing for both of them. They are able to make the other see things from a different perspective and to really think about the decisions they’re making. Which is just another of the many reasons why we think Max and Helen are so good for one another. Max and Helen always seem to find their way to the same page.

While we hate that Floyd’s mother was in the hospital, we were kind of glad that it was one more thing to make him stay. Can New Amsterdam stop teasing us and just bring Floyd back, already? We have missed him so much and have loved having him! Things seemed to go back and forth on whether or not Floyd was going to be sticking around. But Evie told him New Amsterdam is his home so we’re hopeful. Even though she won’t be staying with him. Meanwhile, Lauren was dealing with her own issues when a DriveTime driver seemed to know a hell of a lot more about medicine than your average person. And we were definitely curious about her. We’re actually wondering if we’re going to see her again. 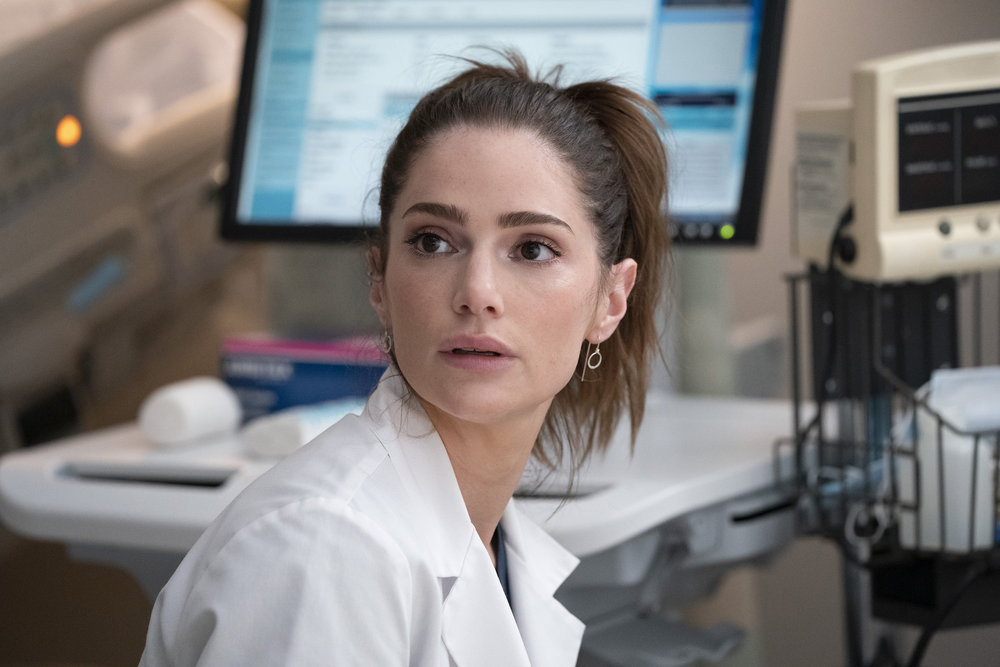