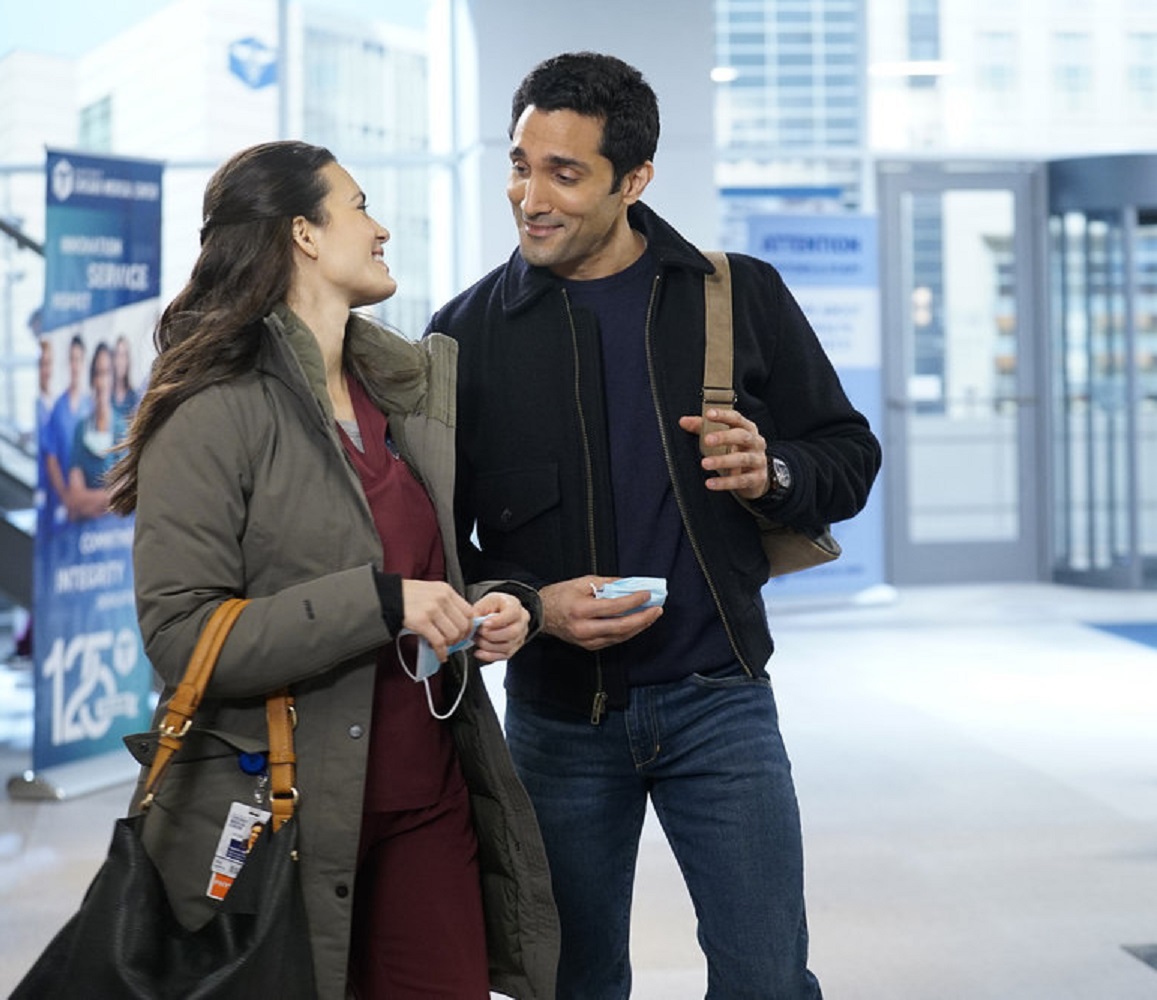 Archer is continuing to cause trouble in the ED. Along with undermining and criticizing Ethan at every single opportunity. Crockett was more than ready to disclose his relationship with Natalie, but there was some hesitation from her side of things. The clinical trials Will has been pushing are no longer accepting any more patients. But that made me curious about what that means for April, who seemed pretty upset about the situation. So keep reading for my Chicago Med 6×09 review!

It has already been made pretty evident that Archer is going to cause a lot of trouble. But he surpassed even my expectations of just how much trouble he’s going to cause. The doctors and nurses in this show have all stepped on one another’s toes now and again. But it’s always with the patient’s best interest at heart. Well, that’s not the case when it comes to Archer. His problem truly seems to be more about his ego than anything else. Archer already seems to have a negative opinion about Natalie and April and clearly doesn’t approve of any kind of personal relationship in the ED. But more than that, he seemed to spend this entire episode trying to outdo Ethan. 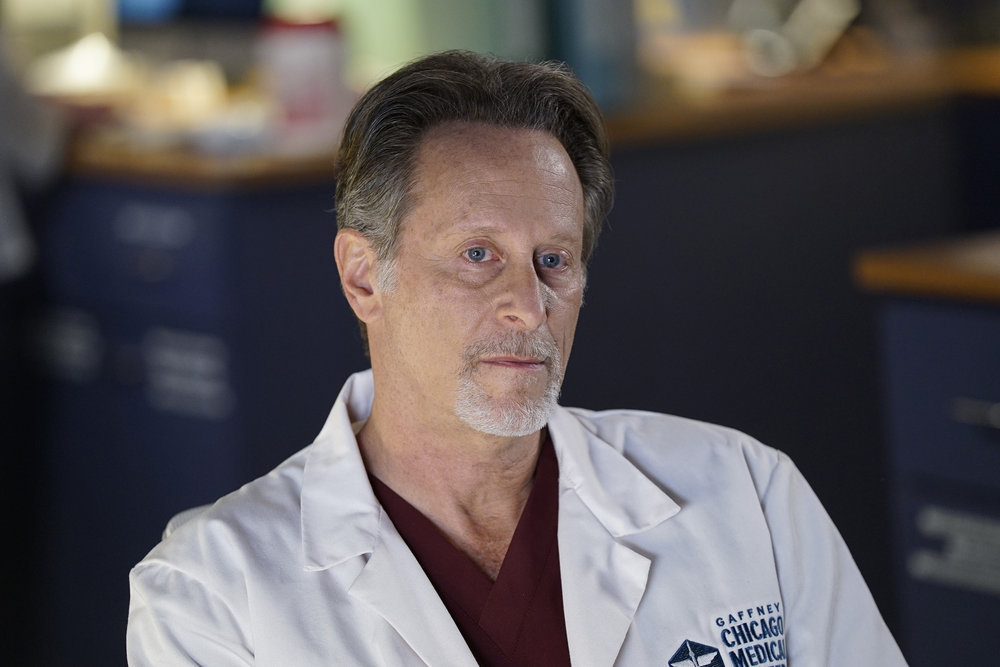 I understand that Archer was brought in to help Ethan with his position running the ED. But that in no way means that Archer is running the ED. Which is what he seems to think it means. Because it felt like Archer was criticizing every little thing Ethan did. On top of that, Archer is so full of himself that instead of realizing that Natalie and Crockett went around him for the good of the patient, he was positive they just wanted to go against him. In what world does he think he’s that important or that people really care about him that much to do that? Or dislike him that much? Maybe he assumed it because even he knows how much of an asshole he is.

I don’t think people having to disclose relationships is an entirely bad thing. On one hand, relationships aren’t generally anyone’s business except for those in the relationship. But there have also been a lot of times on this show where the romantic relationship has affected the way a patient is treated or a situation is handled. So maybe just putting it out there and being upfront about it is the best thing to do. But what a nightmare if people are breaking up and getting back together on a regular basis. Because that happens a lot here. And what about people that are just seeing each other casually?

I’m still unsure of where Ethan and April are heading. But I’m going to continue holding out hope that they will find their way back to each other once again. And hopefully, it will be for good this time. Maybe having to disclose that relationship will help them stick it out. After talking things out a bit and explaining any hesitations or reservations they may have, the situation certainly didn’t seem to negatively affect Crockett and Natalie. So nice try, Archer. But I don’t think you’ve succeeded in stopping relationships in the ED.

Sabeena told Will that enrollment on the clinical trial was officially closed. Apparently, they have enough data to move into the next stage of things. I was kind of relieved about it because I hope it means that Will can go back to caring for patients without trying to get them involved in the trial. And Will didn’t seem too upset about it coming to an end for now, either. But April sure did. I was actually surprised by how upset by it she seemed to be. I’m hoping April is upset because she feels like without the trial she’s lost that extra purpose she was searching for and not because she wants to keep working closely with Will. 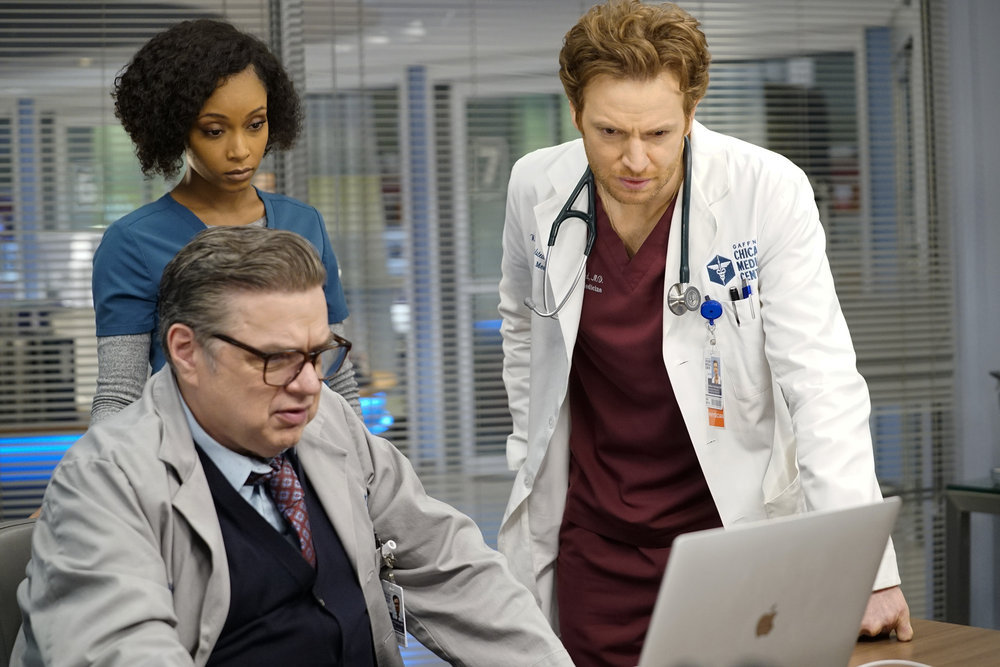 What did you think of Chicago Med 6×09? Are you glad that the enrollment for the clinical trials is over? Why do you think April was so upset about it? Is Archer going to cause more problems? And if he does, do you think Ethan is going to step in? Find and follow us on Twitter @capeandcastle to let us know all of your Chicago Med 6×09 thoughts! Be sure to check out our site for more content on all things Disney and beyond!