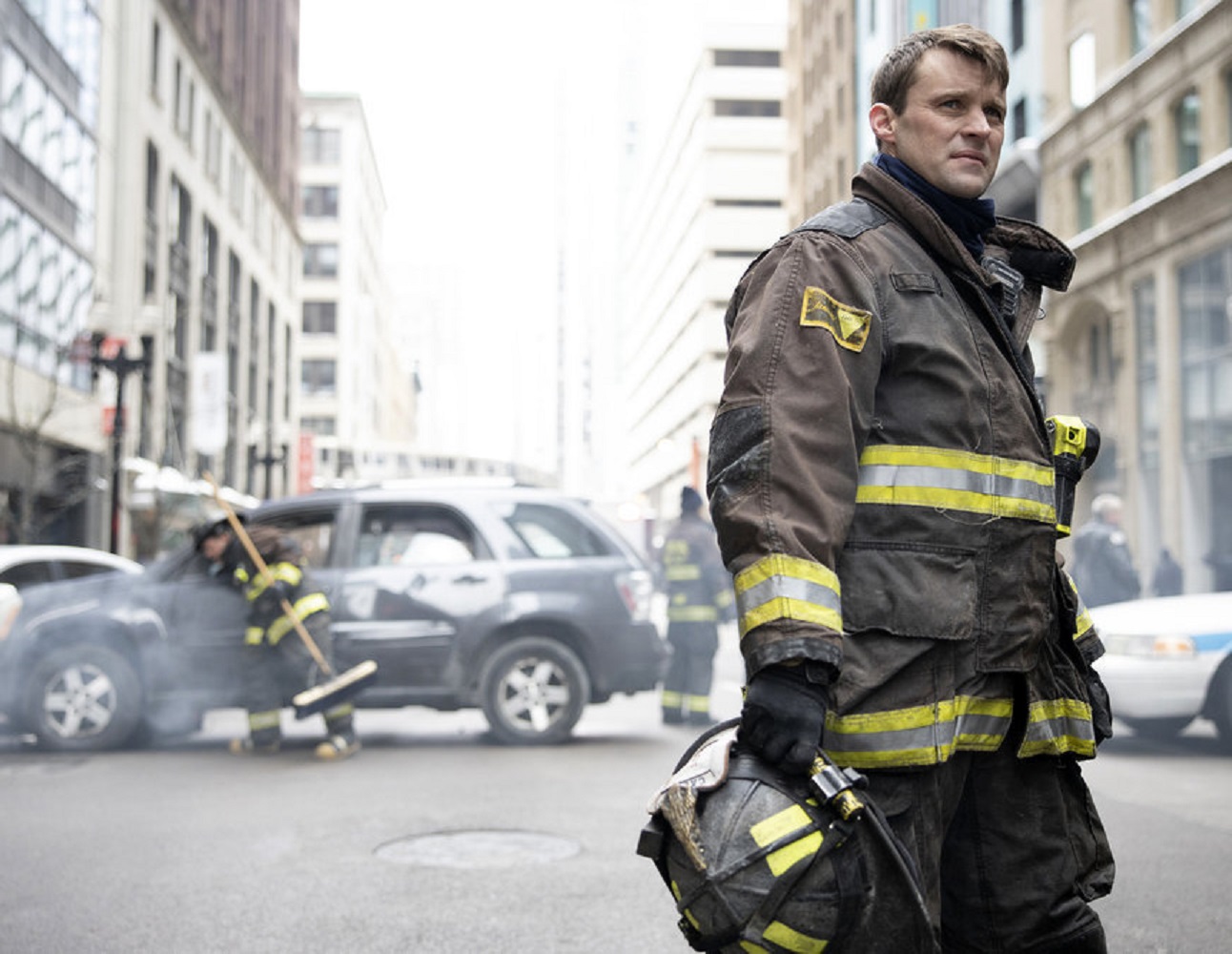 This episode had a lot going on! While I only talk about the major points like Casey getting another head injury, the training, and Gianna possibly leaving, I do want to say I loved the subplots! Casey finding a watch worth a lot in his uncle’s security box and seeing Christy was great! And I loved the way Stella kept Severide in suspense all day about the delivery she had coming! But the episode absolutely left me wondering just what the hell is going to happen next. Or for the rest of the season for that matter. So keep reading for my Chicago Fire 9×09 review!

I know Matt is a stubborn character. But he’s taking it a bit far with his head injury. Even if he hadn’t had any head injuries in the past, that’s not exactly something to mess with. So the fact that Matt has had serious situations concerning head injuries before should mean he’s extra cautious about it. Instead, I found myself rolling my eyes in frustration that Matt was just going to write off this injury. Even though it was clearly affecting him throughout the entire episode. And when he was looking at his files from the past, that told me he is obviously at least a little concerned. So go do something about it! 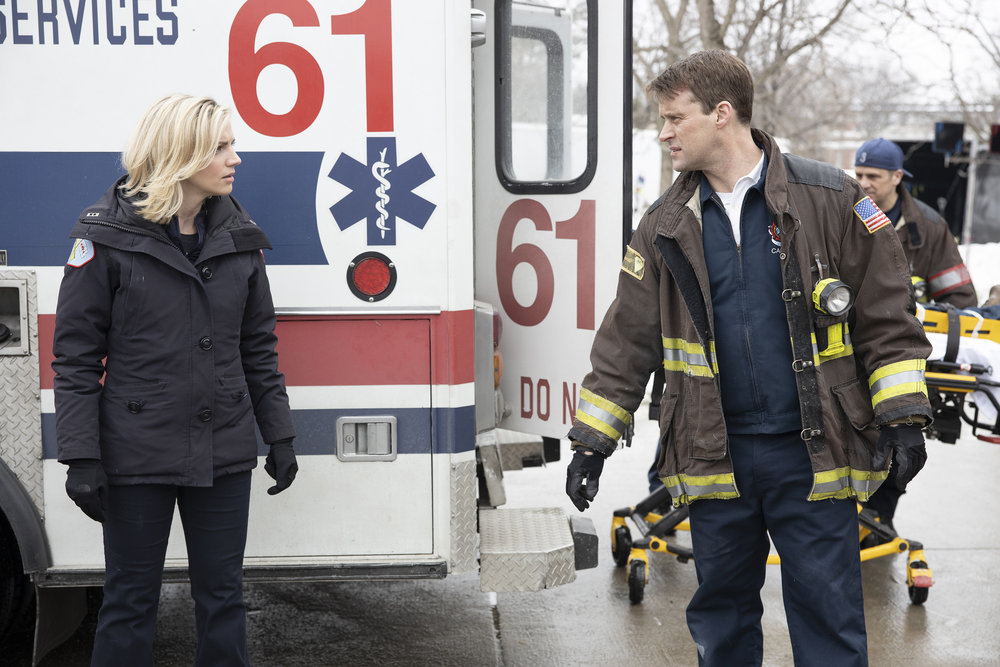 It certainly couldn’t hurt to at least get it checked out. And then Casey had other things to be worried about when his sister showed up to get Matt to open up their uncle’s safety deposit box. That one definitely had me intrigued and I’m always happy to see Christie. And while it was pretty cool that Matt found a watch in the box that was worth so much money, I’m also glad that he decided to keep it instead of pawning it. But also, the entire situation has me wondering if something more is going to come of that storyline. Otherwise it would be weird, right? So I’m intrigued to see if there is more to be learned.

I was surprised at how interested I was in the training that Gianna, Mouch, Ritter, and Gallo had to report to. But I wasn’t surprised at how good Gianna proved she was. Or at how Mouch thought he had the training covered. I mean, he’s been a firefighter for a long time so of course he would feel like he already knew what was up. But being a firefighter for so long just showed that some of the things he had learned were a bit outdated. So I kind of found myself wondering why everyone else isn’t doing trainings like this to keep updated on the new skills that are being introduced.

Then there was Violet. I’m still not really sure how I feel about her. The situation with Gallo the first time around didn’t end well. But seeing her in this episode had me sure that we were going to be seeing a lot more of her. Something that may be true since Gianna got an offer to transfer to another firehouse and I’ve got to admit, that whole thing had and still has me pretty pissed off. Regardless of how I feel about Violet, I’m sure that I love Gianna and we haven’t even gotten a chance to really know her and it seems like she’s leaving already. Another paramedic down.

I understand that actors have lives outside of their work. And I get that things come up and people have their own reasons for leaving a show. But I’ve got to say, it’s getting pretty freaking annoying that we seem to have a revolving door of paramedics. It literally feels like there is a new one coming in every time I turn around. And I love the ones that are leaving every single freaking time. Foster was amazing and then left us. And Gianna is a kickass character that is now leaving. I was so excited to see things play out between her and Gallo. But I’m assuming that they are going to bring Violet in and set her up to be with him. I’m not sure how I feel about that. 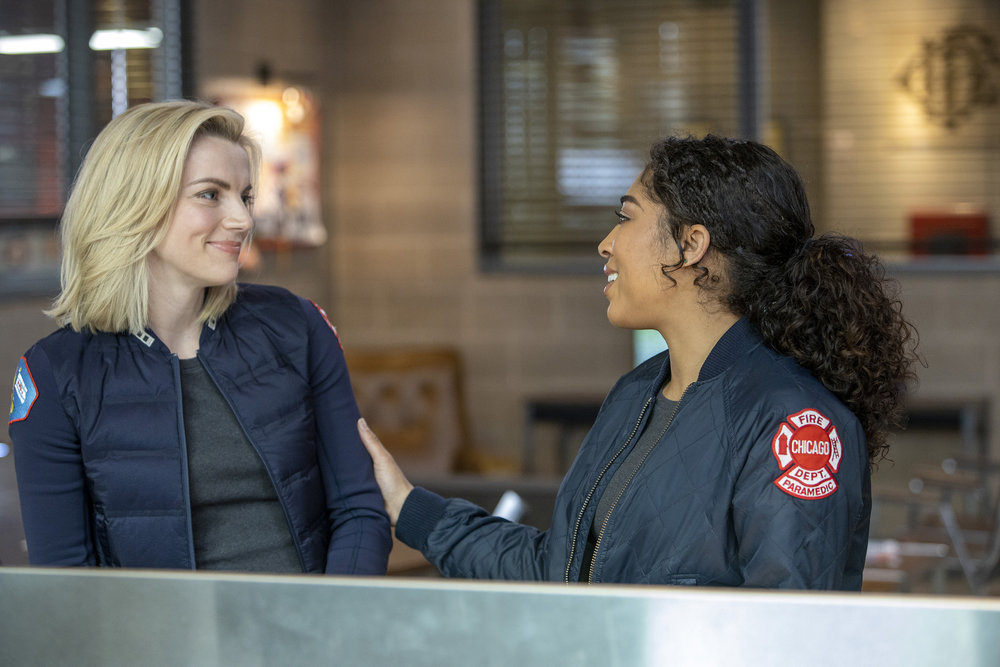 What did you think of Chicago Fire 9×09? Do you think Violet will be joining the team? What do you think about Gianna leaving already? Do you think we are going to ever find a pair of paramedics to stay for the long haul? Or is the revolving door going to keep on revolving? What did you think of Stella keeping Severide in suspense all day about the delivery she had coming? Is Matt going to be okay? Find and follow us on Twitter @capeandcastle to let us know all of your thoughts on Chicago Fire 9×09! Be sure to check out our site for more content on all things Disney and beyond!