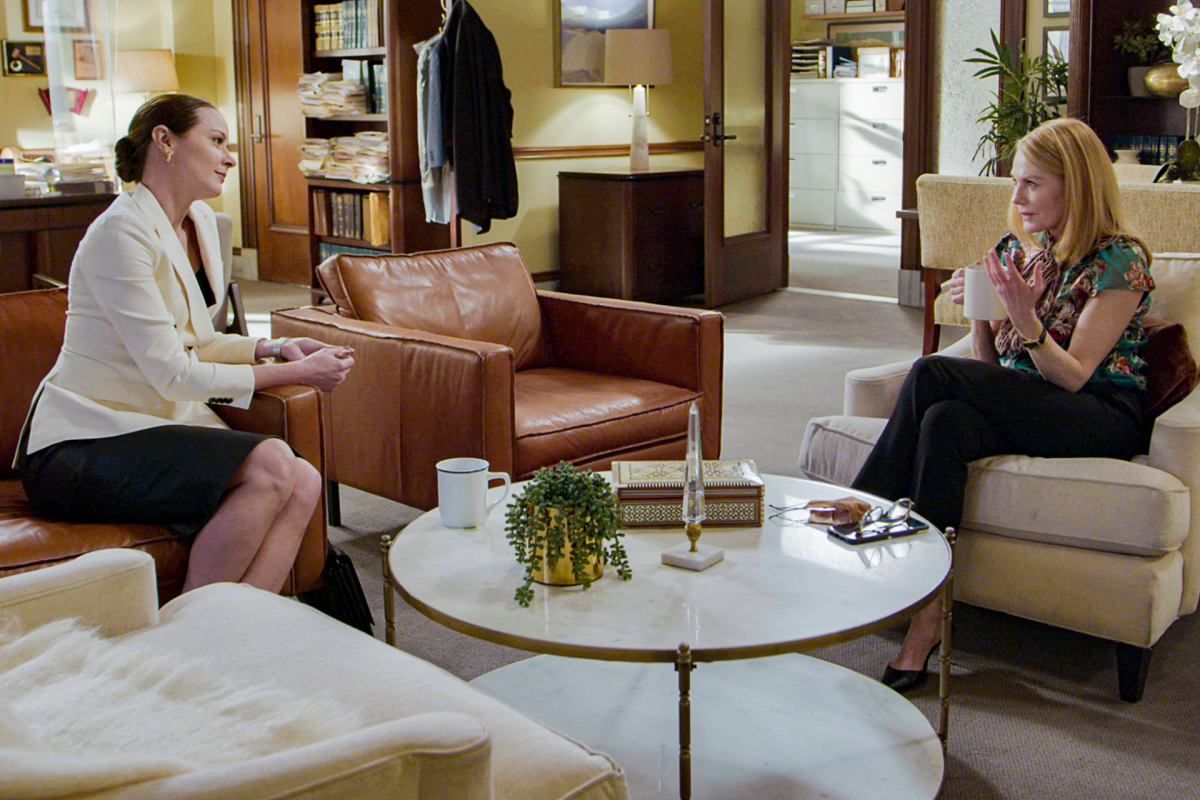 We meet a new character who has some great chemistry with Lisa and makes an interesting presentation about unconscious bias. Emily and Mark face off in court as Emily discovers Luke and Sam have broken up and Mark continues dealing with his mysterious caller! And the awkwardness between him and Rachel after what happened! Plus, we find out a secret about Amy as well! So keep reading for our All Rise 2×10 review!

So, we know that Mark and Rachel were both in the wrong. But Mark did push Rachel away, even if he did respond for a moment or two. And he didn’t want Rachel to stay with him and Amy in the first place. And while Rachel told Mark that she wanted to just forget it happened, we don’t think we can. It’s also not right for them to hide it from Amy. She has a right to know. The sooner she is told the truth, the sooner Amy and Mark can move on and continue being happy together. We’re keeping our fingers crossed that this doesn’t separate the two of them. They deserve to be happy, dammit! Mark should have listened to Lola and let her put Rachel up. 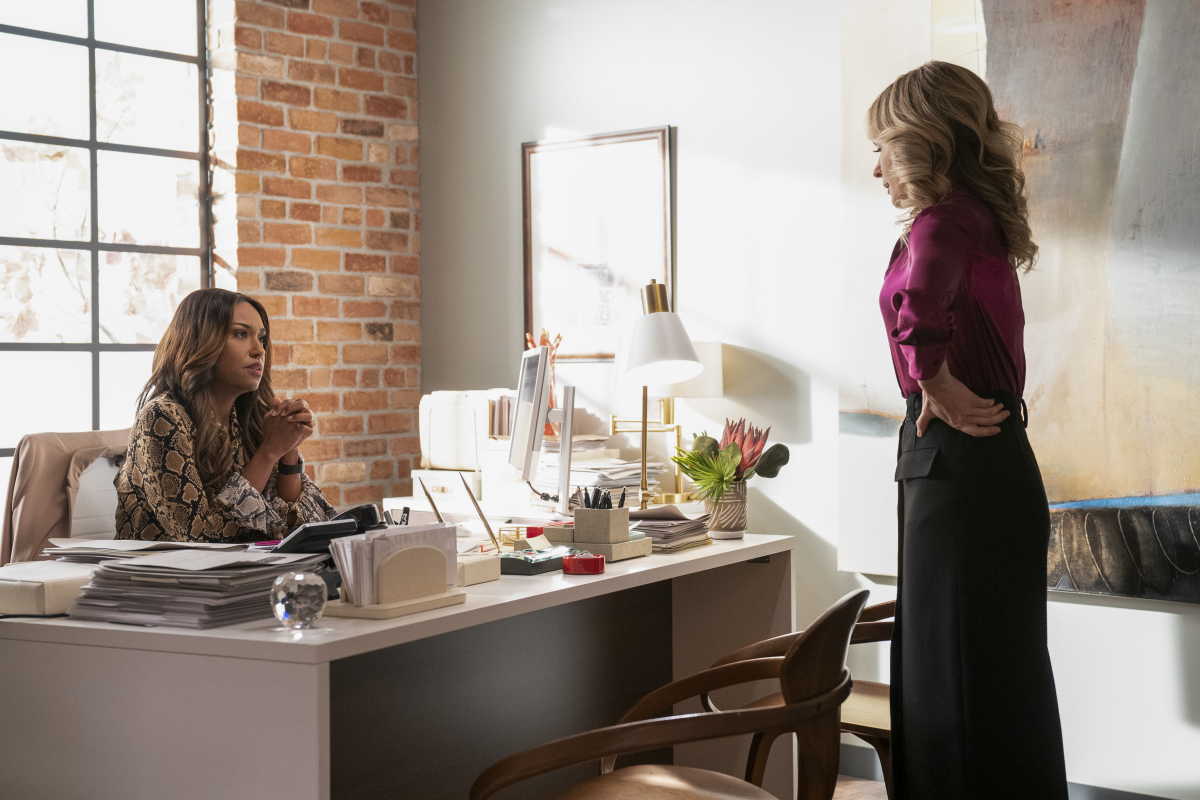 While we hate to say it, we can’t help feeling that Rachel pursued Mark. And Lola seemed to feel the same way with how she was telling Mark that it was a terrible idea for Rachel to stay with him and Amy. Amy also didn’t take long to pick up on the awkwardness with Rachel and Mark. So we don’t think it’s going to take very long for her to figure things out. We just know it’s going to end badly for Mark and Amy and we just aren’t looking forward to it. They’ve been so happy together and things have been going so well. But Amy has a secret of her own that she reveals to Rachel. She’s married! We hate it here.

The appearance of Georgia was actually really fun and she brought a pretty great perspective to things. We only got to see a small portion of her presentation on unconscious bias but it really had us wanting to hear more. The fact that the role was played by Amy Acker made the character of Georgia that much more charming. But now that we’ve had her on the show, we’re going to need her to come back. Which it seems as if she just might since she and Lisa had a clear connection. The chemistry between them was off the charts. So it was great to see Sherri encouraging Lisa to get to know Georgia and put herself out there.

We actually really loved watching Mark and Emily going head to head in court. They both really know their shit and give it all they have for their clients. Their passion always makes us feel even more involved with whatever case they’re dealing with. So we love seeing the two of them working the same case, even if it is on opposing sides. And while it’s great to see them battling it out in the courtroom, we would also love to see them working on the same side of a case. With Mark’s creepy and mysterious caller situation getting out of control, maybe he should bring Emily in on that situation. Keeping things a secret certainly doesn’t seem to be doing him any favors.

We could say that we feel bad about Sam and Luke breaking up. But we would be lying. We are hardcore Luke and Emily fans. Though we do like Sam as an individual character and are much more interested in her just being friends with Luke. After the way Luke celebrated Emily’s birthday with her, it’s clear that the sparks between them are still very much alive and flying! So can the two of them just give things between them another shot? A lot has changed since they first attempted being in a relationship with one another and Emily is in a different place. But she will have to break up with Joaquin first. We literally forgot she was dating him for a second. Sometimes we just get really caught up in our Luke and Emily feels. Our bad. 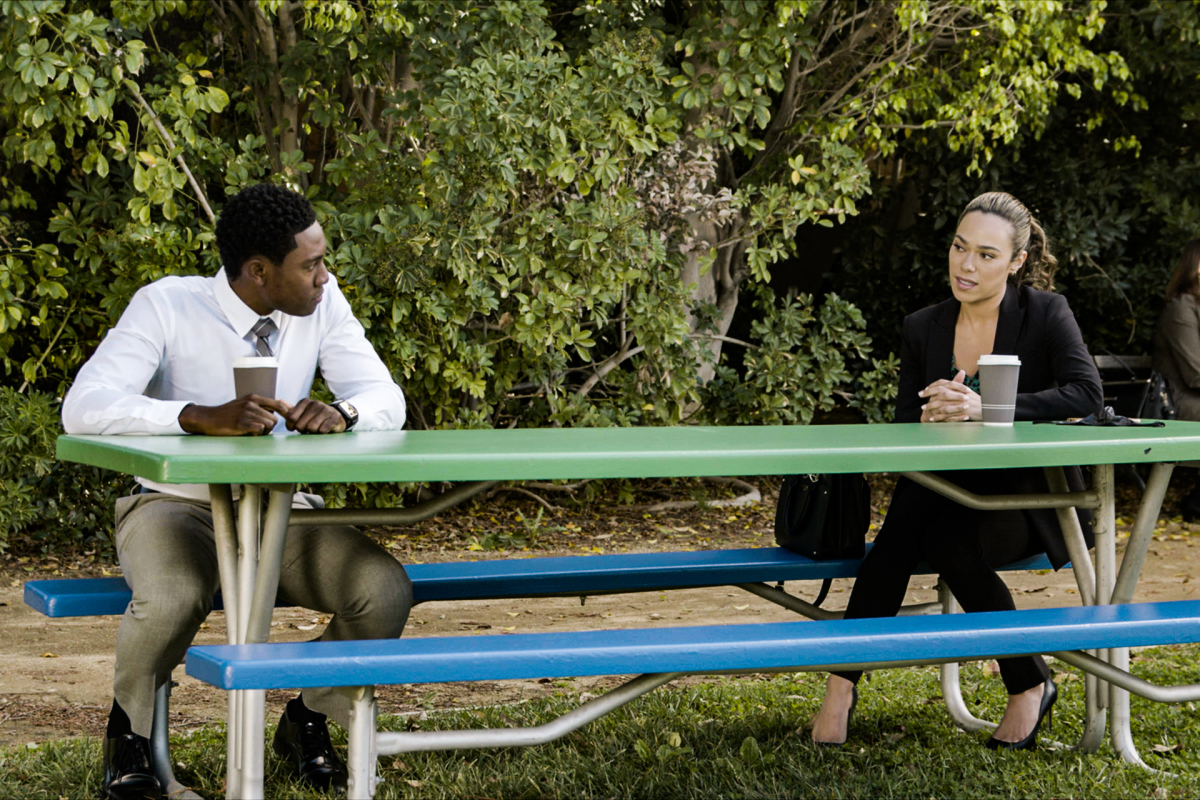 What did you think of All Rise 2×10? Do you think Luke and Emily are going to start finding their way back to each other? Is Amy going to find out what happened between Mark and Rachel on her own? Or is one of them going to tell her? What do you think Amy is going to do when she does find out about what happened? And what about her being already married? Is it going to be the end of her and Mark? Do you think we’re going to see Georgia again now that there is a clear connection between her and Lisa? What do you think about Mark’s mysterious caller? Are things heading down a dangerous path for him once again? Find and follow us on Twitter @capeandcastle to let us know all of your All Rise 2×10 thoughts! And check out our site for more content on all things Disney and beyond!