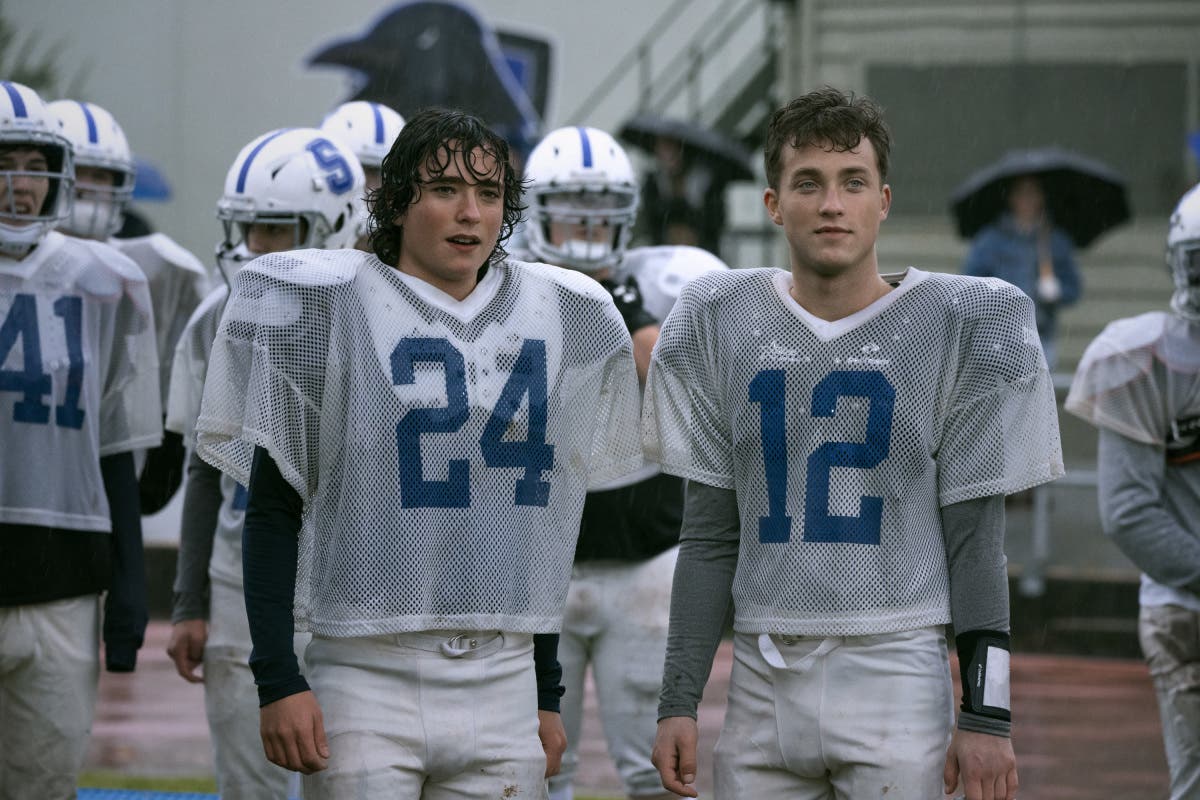 ‘Superman and Lois’ 1×03 Recap: “The Perks of Not Being a Wallflower”

Superman and Lois 1×03 concentrated more on the twin Kent boys. The show tends to give us how Clark and Lois work together in being parents and fight towards truth, justice, and the American way. And we need this type of show these days because it reminds us of the old days of growing up in a small town. But it also combines it with the struggles of today. So keep reading for our Superman and Lois 1×03 recap!

Keep Your Head Down

“The Perks of Being A Wallflower” starts with the family having fun repainting the Kent farm. Lois tries to have the boys pick a color to repaint the living room. She tells them that picking the perfect color is putting their stamp on the farm. But instead of picking a color, they start a paint fight. Until Clark gets called away in an emergency. 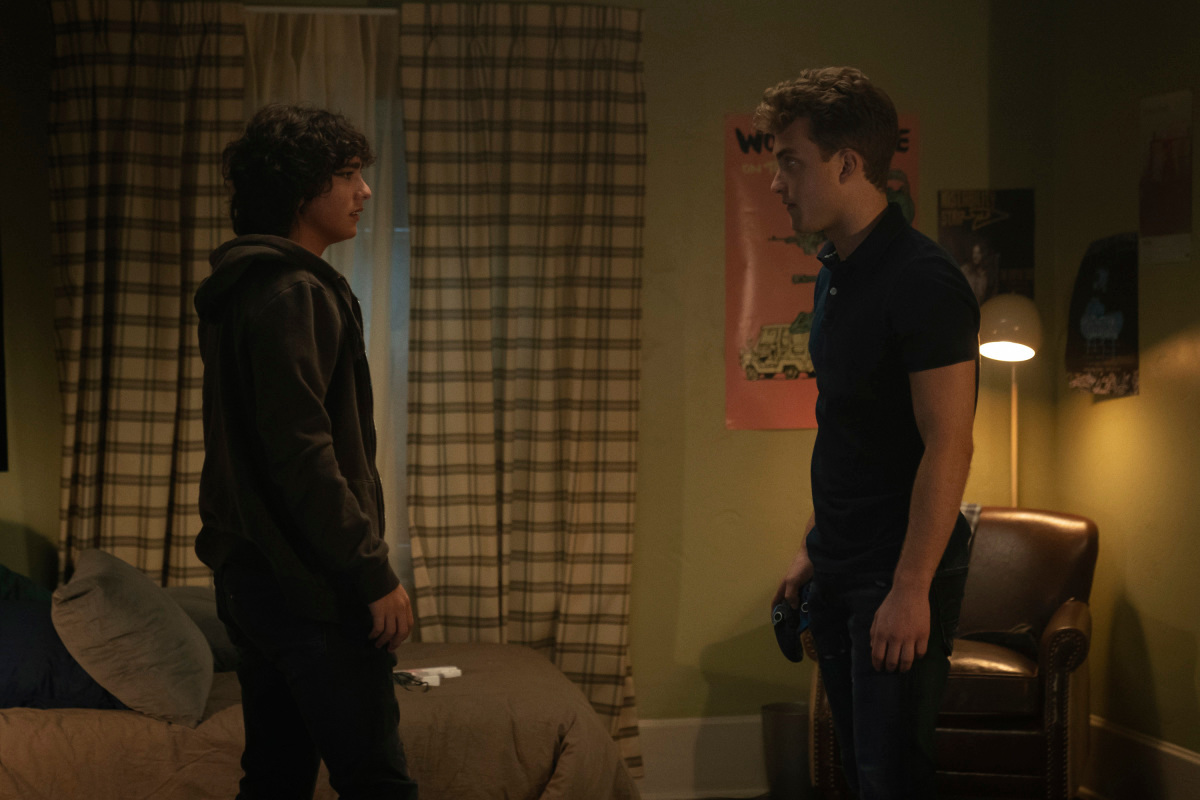 The next morning Clark and Lois explain to the twins that cannot draw attention to them. They need to keep their heads down, so no one finds out their secret. Clark also explains how his super-hearing works. The twins wonder how Clark can draw attention to certain things he hears since he can hear so much at once. At school, Sean (Sarah’s boyfriend) and his friends push Jordan around. At the farm, Clark tunes into the twins at their school and appears before Jordan can react. But Jordan is upset that Clark eavesdropped on them at school.

Jordan comes with an idea. He wants to show the boys at school that he isn’t the weak city boy they believe he is. So Jordan tries out for the football team without telling Jonathan. He starts playing defense and shows up his twin brother. Jonathan becomes jealous, yet he gains respect of the other players.

Lois and her new editor, Chrissy, start the day on a bad note. Chrissy tries to give Lois a puff piece, but Lois tells her that she is an investigative reporter. Suddenly a woman comes into Smallville Gazette about Morgan Edge. The woman, Sharon Powell, explains how her son was working for Morgan Edge in New Carthage and disappeared. She wants to make Edge pay for her son’s disappearance. Then Lois’ car gets fire-bombed and she tells Kyle Cushing that she believes it was Morgan Edge. Someone is following Lois, although she does not seem worried. Chrissy, on the other hand, does not understand how Lois can be so determined.

Sarah Cushing quits the cheer team. She breaks up with Sean and her mom doesn’t understand the changes in her. Later, Sarah asks Lana how she is so happy all the time. Lana says she isn’t. She grew up in a time where it wasn’t acceptable to show your weakness or that you were sad. So she had to always smile and be cheerful; it was what everyone expected of her. But now she knows it isn’t always right and is learning from her daughter.

Clark finds out Jordan tried out for the football team. He’s worried, but by the end, realizes that football is something Jordan is enjoying. Jordan has learned he likes football and is gaining respect and friends from playing. Jonathan also comes around to the idea of his brother playing football with him. He realizes Jordan is enjoying the game and it gives them something to do together. Clark, also, becomes an assistant coach to both look after the twins and spend time with them. 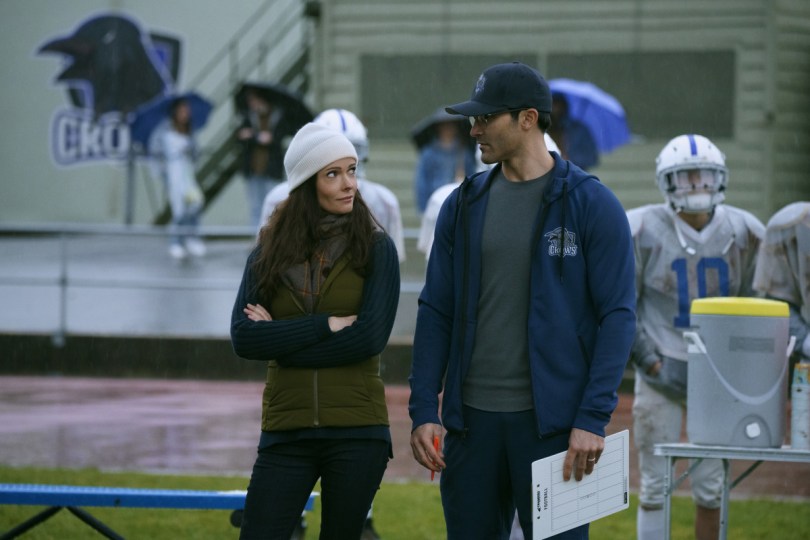 The man following Lois leads her to a run-down motel. He attacks her but she uses the emergency alarm and calls in Superman. They fight and he proves to be as strong as Superman. But he’s human. Superman finally takes the man down and flies Sharon to the hospital. The man tried to kill Sharon and that’s what leads Lois to the motel. At the end of the episode, the man is killed by a woman with heat vision. Is this another Kryptonian? Does this woman work for Morgan Edge? Will Clark working as an assistant coach bring him closer to his boys? Or drive him farther away? What will happen between Sarah and Jordan? Find and follow us on Twitter @capeandcastle to tell us all of your Superman and Lois 1×03 thoughts! Be sure to check out our site for more articles, podcasts, and more!