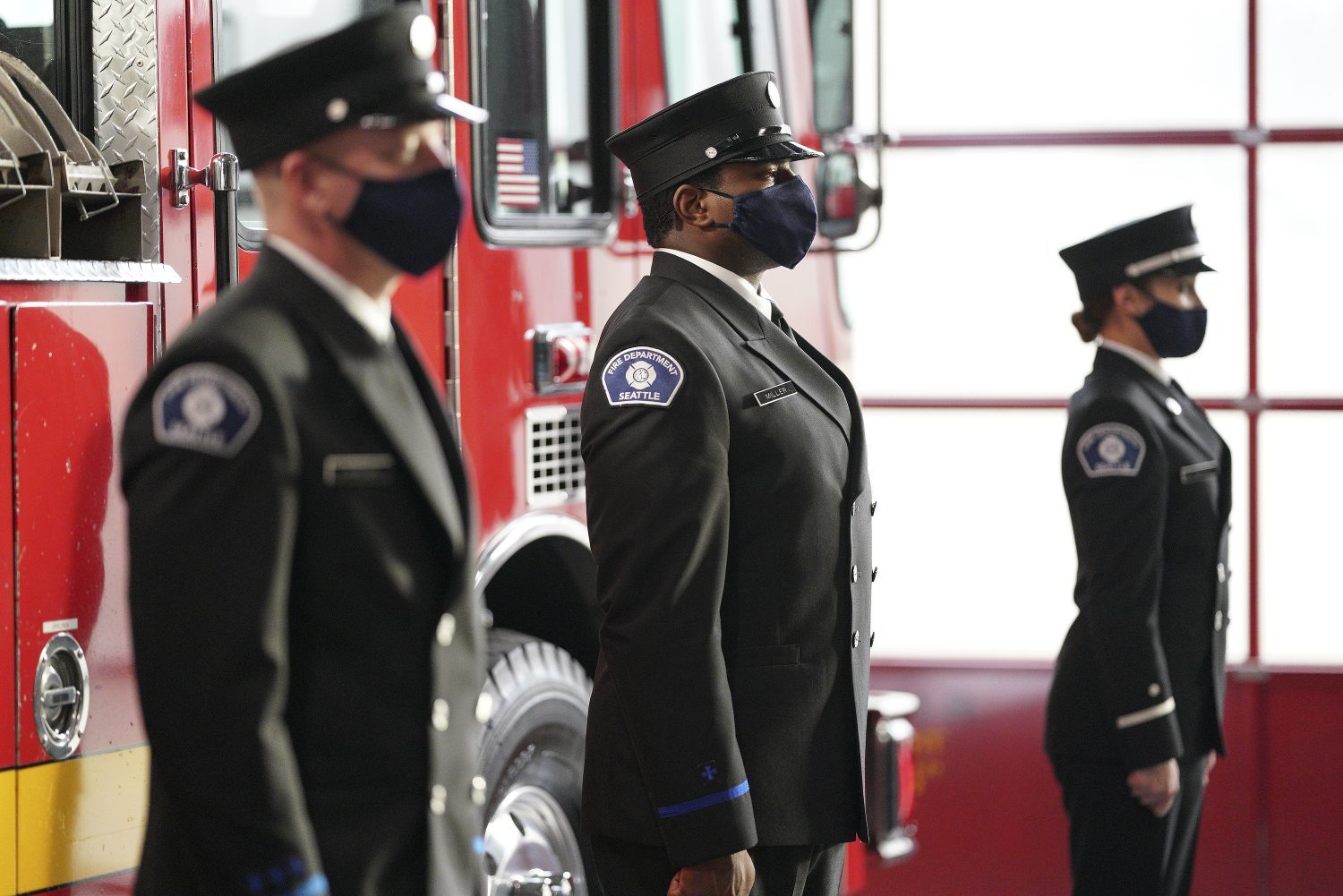 Before we get to our Station 19 4×06 recap, it’s been an eternity since we last saw the firefighters of Station 19. So in case you’re like me and need a quick refresher on where we left everyone, here it goes. The team attempted to help a frantic mom named Joyce locate her daughter and her friend in a man’s home where she believed they were being held against their will. Things unfolded when the police arrived, ending with Dean being shoved to the ground and arrested. And Sullivan was arrested for intervening.

This episode opens in the immediate aftermath of the arrest. Dean and Sullivan are released with all charges dropped against them. Charges are also dropped against Joyce. But it’s likely only because the arrest was filmed. From there, the episode splits into two main storylines. In the first, everyone processes their emotions over what happened the night before while preparing the station for annual inspection. The second storyline picks up from the end of the Grey’s Anatomy midseason finale with Andrew and Carina following suspected child sex trafficker Opal. So keep reading for our Station 19 4×06 recap!

“I risk my life for this city, and would it even do the same for me?”

At first, Dean is too angry to talk about things. And in the most adorable gesture that made my shipper’s heart soar, Vic rubs Dean’s head reassuringly. It’s a gentle reassurance, and a simple way to remind us how close they are. Dean later has a confrontation with Maya when she wants to break protocol for Andrew and Carina. He points out she wouldn’t go against the rules for him. Dean calls her out for not having his back. She apologizes, but he isn’t ready to accept. I adore the way they wrote that interaction because it’s so rarely what we see. Just because someone offers an apology, doesn’t mean you have to accept it if you’re not ready. 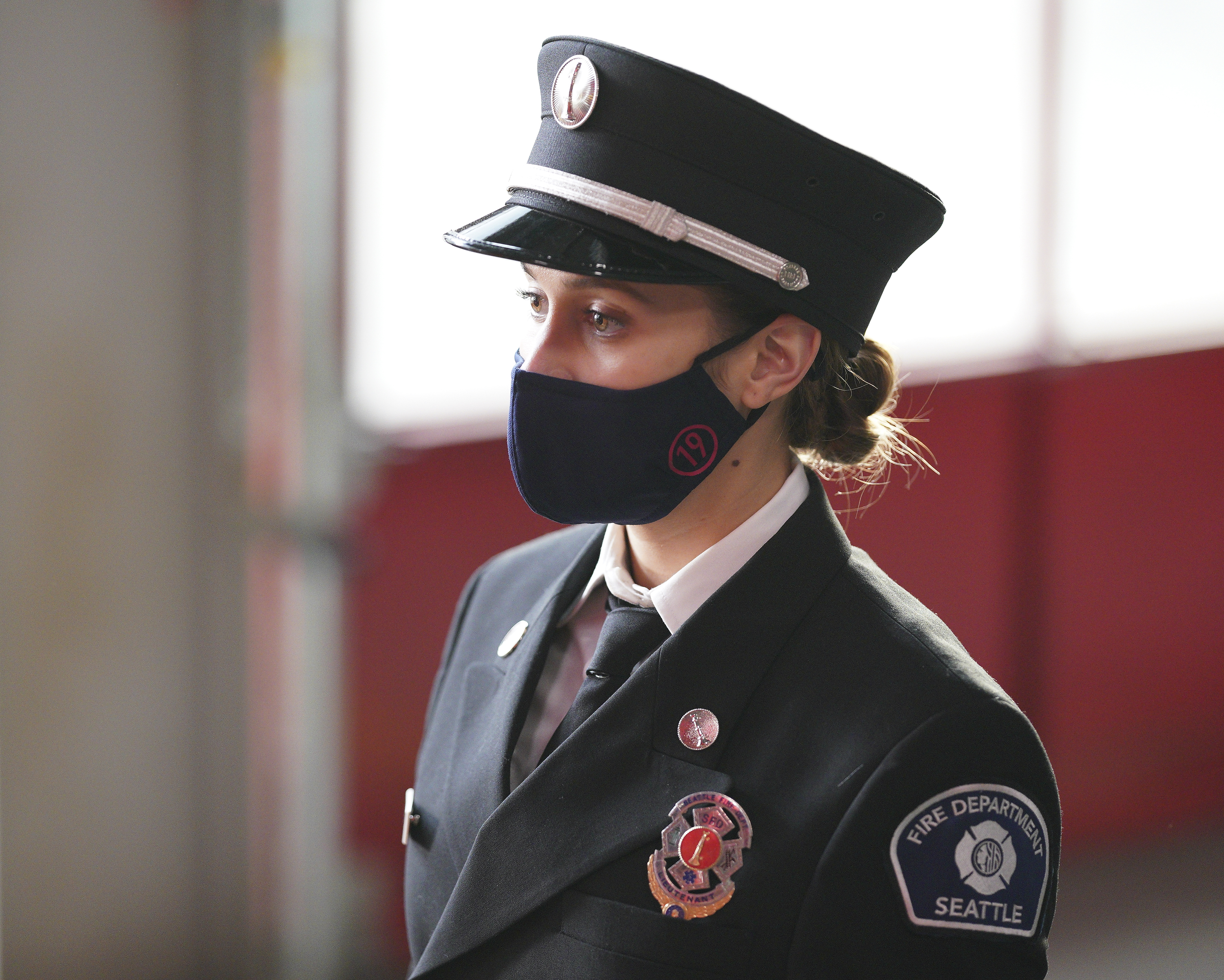 Andy talks with Sullivan about how his arrest changed her perspective on the world. She’d always been on the side of cops. But realizes she’s married to a black man now. Sullivan tells Andy he’s scared she’ll leave him due to his demotion. She reassures him she loves him, no matter his rank. It’s so nice to see them supporting each other. If they’re going to be married, they need to be a team. And they make a great one.

Vic talks about how upset she was over how police responded to Joyce. She says if Joyce’s daughter had been white, everyone would’ve rushed to save them. In my favorite scene, Vic lets loose about how Joyce shouldn’t have to yell in the street to be heard. Travis does what any white ally should. He listens and reaffirms the way she feels without making it about him. This is a great parallel to the conversation Jack and Ben have. But we’ll get to that.

“I’m not letting her get away.”

By the end of the episode, Dean decides he’s going to sue the police. He wants to fight for a better future for his daughter. Plus, he points out his family has money. So he can afford the legal battle. Maya calls Carina to get some comfort over the upcoming inspection. She finds out Carina is with Andrew, following around a suspected child sex trafficker. She realizes the two have no plan for if they’re caught. Maya sends Ben and Jack to help in the aid car while she tries to get the police to respond. While Jack and Ben drive to catch up with Andrew and Carina, Jack brings up how frustrated he is not being able to help Dean. He admits to avoiding Dean because he doesn’t know what to say. Jack keeps talking about how he feels about everything until Ben stops him.

Ben tells Jack to stop trying to make Dean’s experience about him. I love this parallel to Travis’s response because Jack is basically acting like every white person who has just realized racism exists. He’s looking to Ben to confirm that he’s one of the “good white people” unlike the cops from the night before. Ben rightfully shuts that down and tells him to just be a good friend to Dean. Maya decides she’s done playing by the rules and following protocol. She tells Andy she’s been so worried about what being the first female captain means that she stopped trusting her instincts. Maya goes to help Carina, even though the inspection could make or break her career. Andy reassures her she’ll make sure the station passes inspection.

The battalion chief shows up late. Dean, Travis, and Vic have all fallen asleep in their dress uniforms. Andy drops her father’s name to win the chief over. After getting off to a rocky start, he eventually says he heard about what happened the day before. He doesn’t condone conflict. But they saved two lives. He’d be proud to have any of them on his team. The relief of the inspection and stress seem to hit Vic, who starts crying. She keeps apologizing and says she doesn’t normally do this. Dean rushes to stick up for her. But Andy pulls them all back together with a rousing chant of “Nineteen!” and I may have joined from my couch in between my tears. 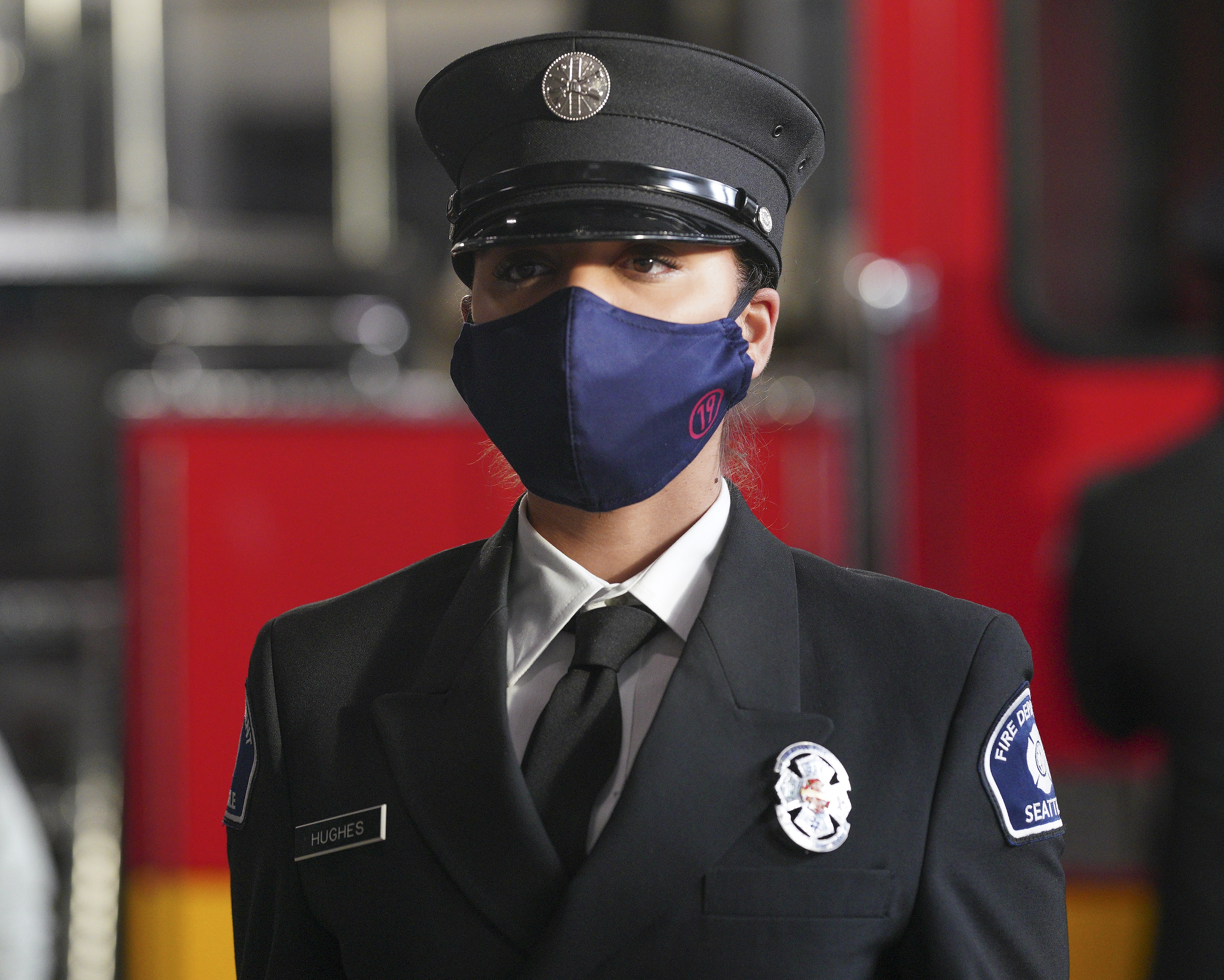 Maya gets to the train station as Andrew is following Opal. But someone bumps into him and he loses sight of her. Opal gets out of the station and is immediately arrested. Jack angrily says to Ben, “it’s interesting how they didn’t shove her face into the ground.”. Carina finds Andrew lying on the floor bleeding from a stab wound. The episode ends with him being rushed to Grey Sloan. Andrew’s storyline continued over into the episode of Grey’s Anatomy, which I’ll refrain from spoiling in case anyone hasn’t watched yet. However, the aftermath of his story will surely have ramifications next week, especially for Maya and Carina.

Other questions I have include how Dean’s impending lawsuit affects the rest of the station? Will Andy and Sullivan continue to strengthen their bond while they work on his sobriety? What did you think of Station 19 4×06? Let us know in the comments and make sure to follow us on Twitter @capeandcastle! Check out our site for more Station 19 content!