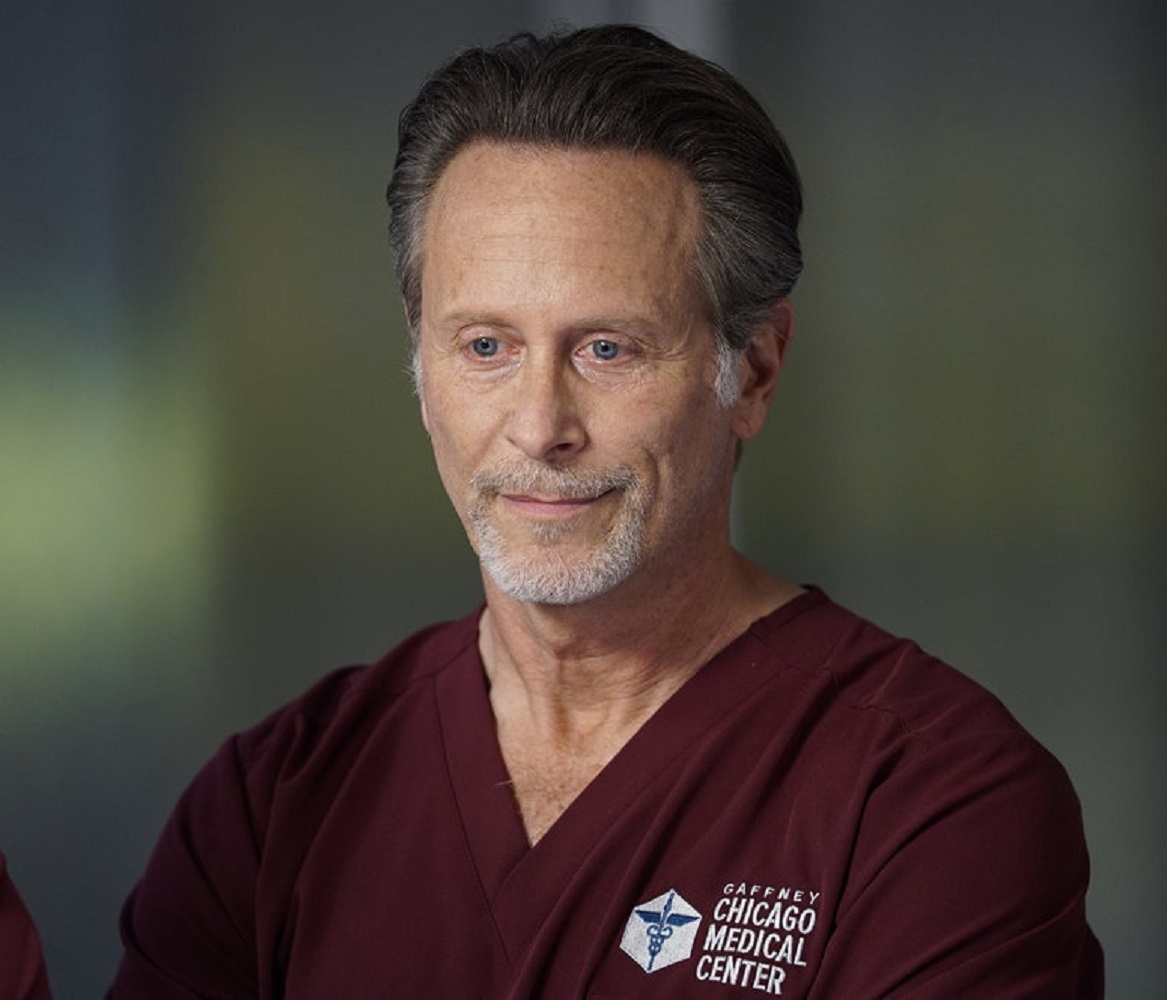 When Ethan’s superior from when he was in the Navy began at the ED, I was really excited about the situation! But Dean Archer quickly showed himself to be someone who is going to bring nothing but trouble to the ED. And to Ethan. Then there was Will, who saw the health crisis Natalie’s mother was dealing with as a way to continue pushing his clinical trials! Meanwhile, Maggie and Ben made a heartbreaking and difficult decision about Auggie and their future. So keep reading for my Chicago Med 6×08 review!

I was actually really excited about Dean Archer coming to med. But that feeling quickly changed when it was revealed that he’s kind of an asshole. Sure, Archer used to be Ethan’s superior when they were in the Navy. But they aren’t anymore. And Ethan is absolutely Archer’s superior now. If that’s not something that he can get on board with and his actions kind of imply that he can’t, then he needs to exit the same way he came in. Because Ethan has enough on his plate with this new position and he doesn’t need the grief or trouble that Archer is certainly going to bring. 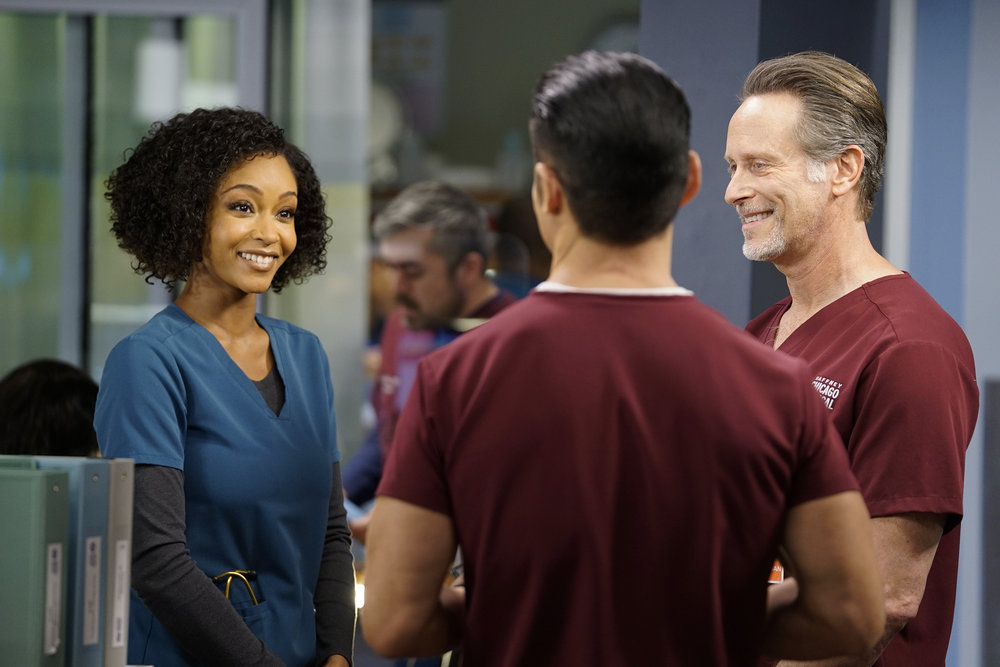 I don’t disagree that Ethan needs some help in his new position. That was actually a great idea from Sharon. And all signs pointed to Archer being a great choice for that position. But the guy is a judgmental asshole. Also, I really don’t appreciate the attitude that he seems to have about April. Sure, she has been agitating me a bit lately. But she’s still one of my favorite characters and she is good at her job. More than good, she excels at it. So I’m going to need Dean to chill with the attitude or hit the bricks. I still firmly believe that Ethan and April are on their way back to each other and I don’t need Dean coming in and messing that up.

It seemed like Will took one look at Natalie’s mother and saw opportunities. Instead of thinking about what was best for Carol, Will thought he could use her situation to show Natalie he still has feelings for her. At least, that’s what it seemed like. But Will also seemed to see an opportunity to continue pushing the clinical trials. Where I still feel like a major factor of his motivation comes from wanting to impress Sabeena. So once again it seems like Will doesn’t really know what he wants. But I didn’t feel that he had Carol’s best interests truly at heart.

But Crockett? He definitely seemed to have Carol’s best interests at heart. And Natalie’s. Despite the fact that they are in a relationship, Crockett didn’t approach the situation with Natalie’s mother with that in mind. He spoke to Natalie as a doctor and I think his responses were really unbiased. I was actually really impressed with him. It truly felt like Crockett was looking at the bigger picture and he didn’t have anything to gain one way or the other, unlike Will. So once again, I feel like I have to point out that whether I’m fully behind it or not, Natalie and Crockett do seem to be good for one another.

Maggie and Ben giving up Auggie was absolutely devastating. It was heartbreaking and it pissed me off. Even if I understood why and did actually agree. Maggie and Ben are such good people and they deserve all of the happiness. But it feels like they are just getting all of the heartbreak. Despite Maggie and Ben being so in love with Auggie and the heartbreak that it caused them to have to do it, they decided to let Auggie go. And I get it, I do. But understanding and accepting the whys doesn’t make it any easier to watch Maggie and Ben losing Auggie. Just let them be happy, dammit! 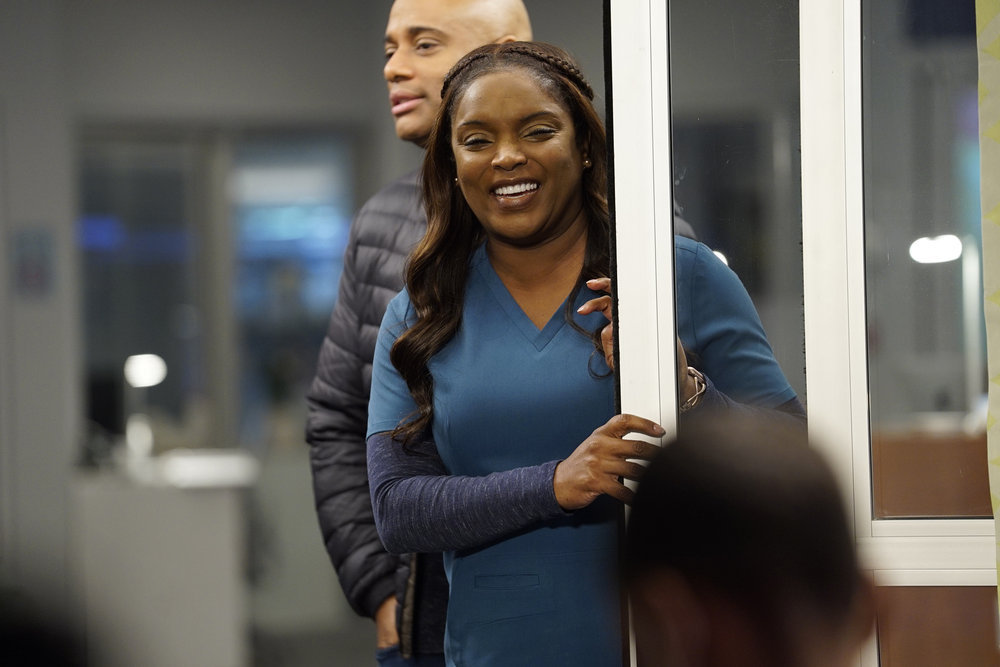 What did you think of Chicago Med 6×08? Find and follow us on Twitter @capeandcastle to share all of your Chicago Med 6×08 thoughts! Be sure to check out our site for more content on all things Disney and beyond!