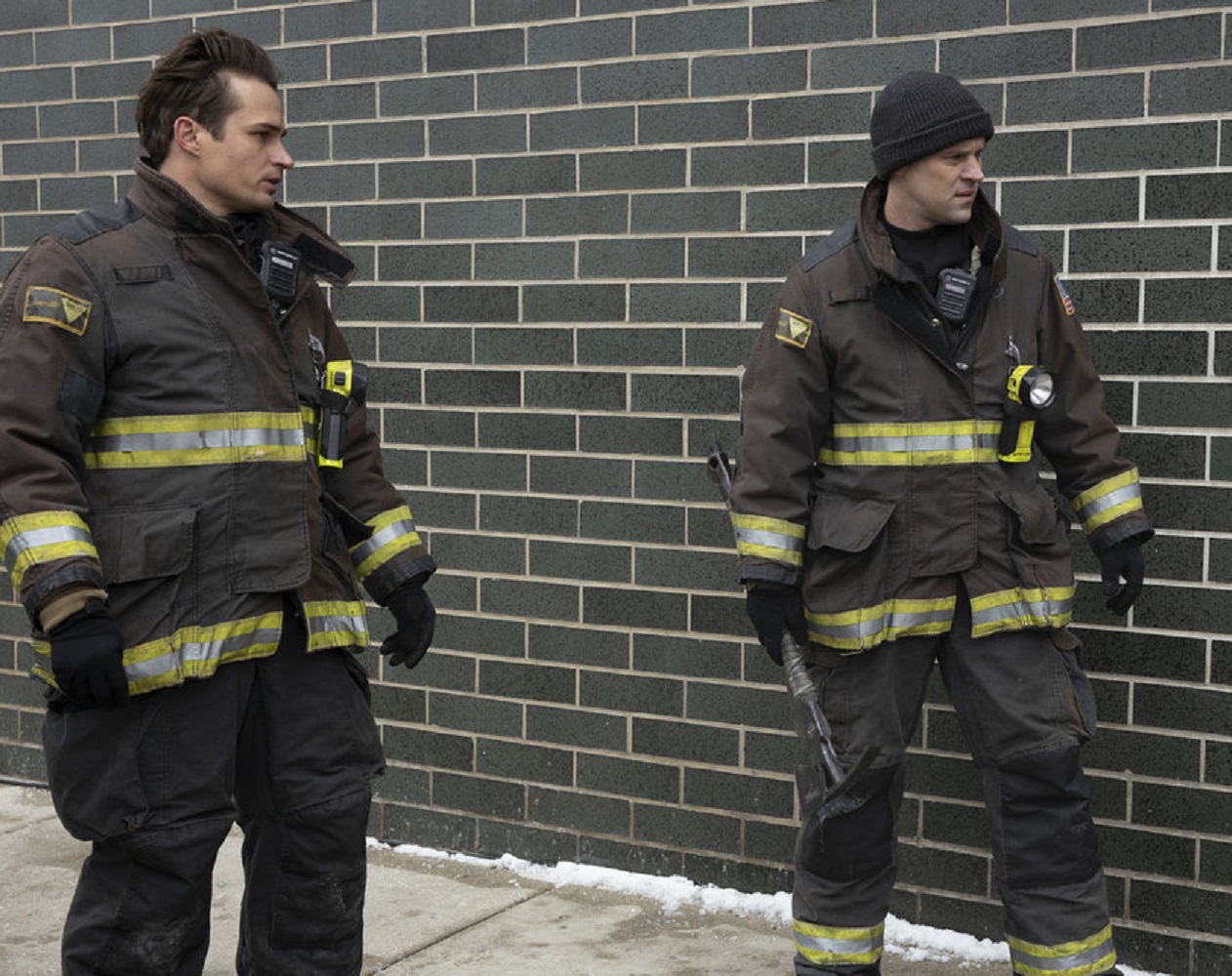 When Grainger is placed at 51 temporarily to replace Herrmann while he’s on vacation, there is some clear tension between him and Casey. Tension that doesn’t take long to boil over! And then we had Cruz trying to come up with his next big idea after the Slamigan. But the idea they chose to go with is definitely going to need a woman’s touch. Then we had Severide taking a little trip down memory lane when he recognizes a house the team gets called to! So keep reading for my Chicago Fire 9×08 review!

So when it comes to Grainger, we aren’t unhappy to see him. As a matter of fact, we kind of like him. And would be okay with him staying around. At least for a little while. But maybe not as a member of 51. Because that didn’t go so well. Though we are glad that Herrmann got a much-needed vacation! If anyone needed one, it was certainly him! But with Grainger as Herrmann’s fill-in, he and Matt were clearly spending a little too much time together. It was quite the pissing contest between the two of them. 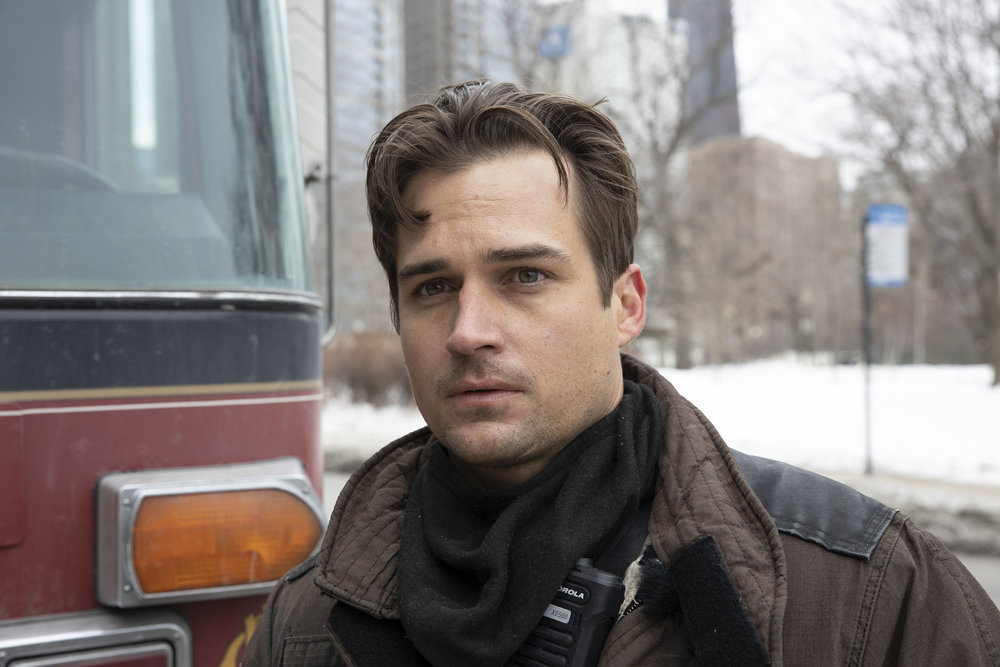 It was clear that Matt was jealous and lashing out at Grainger in that jealousy. And while a little jealousy doesn’t bother us, we found ourselves shaking our heads when Matt tried to convince Boden to transfer Grainger out. It’s just a week, man! Pull it together! But it wasn’t just Grainger that bit back, it was Sylvie. She also made a great point when she told Matt that he needed to call Gabby and get some closure on their relationship. It certainly can’t make things worse. And if Matt has a hope of moving on with anyone, then he’s going to need to get that closure so he can really move on.

We loved that Cruz was trying to find the next great invention since the Slamigan. But we weren’t too sure about the ideas they were coming up with. But when Sylvie and Stella gave Cruz and the others an idea about making firemen’s uniforms geared a little more toward women, we found ourselves nodding in approval. Now that’s an idea we can get behind. Or at least it was until we saw what their new ideas for the uniforms looked like. And then we were vehemently shaking our heads no. Possibly even yelling it at our screens. Because those were a big sexist yikes.

We absolutely agreed that Stella, Gianna, and Sylvie were needed to step in if that was going to be the next big thing Cruz and the others worked on. Because making uniforms for women when they have typically been created for men is a job that is absolutely going to require women inputting ideas. And judging the ideas that are presented to them. And we are pretty interested in where this latest project is going and are eager to see what final product is created. Because the Slamigan is pretty freaking great.

We got another piece of Severide’s past when he recognized the house they were called to as being a place he used to live. Which came in handy when he had to help the kid who lived there get out. We certainly weren’t surprised to learn that Severide used to sneak out through a window as a kid. But it also felt like a nice full-circle type of moment, watching Severide reassure Dylan that his mother’s condition was not Dylan’s fault. And that’s because Severide has always been so good at blaming himself for the bad things that happen to those around him. 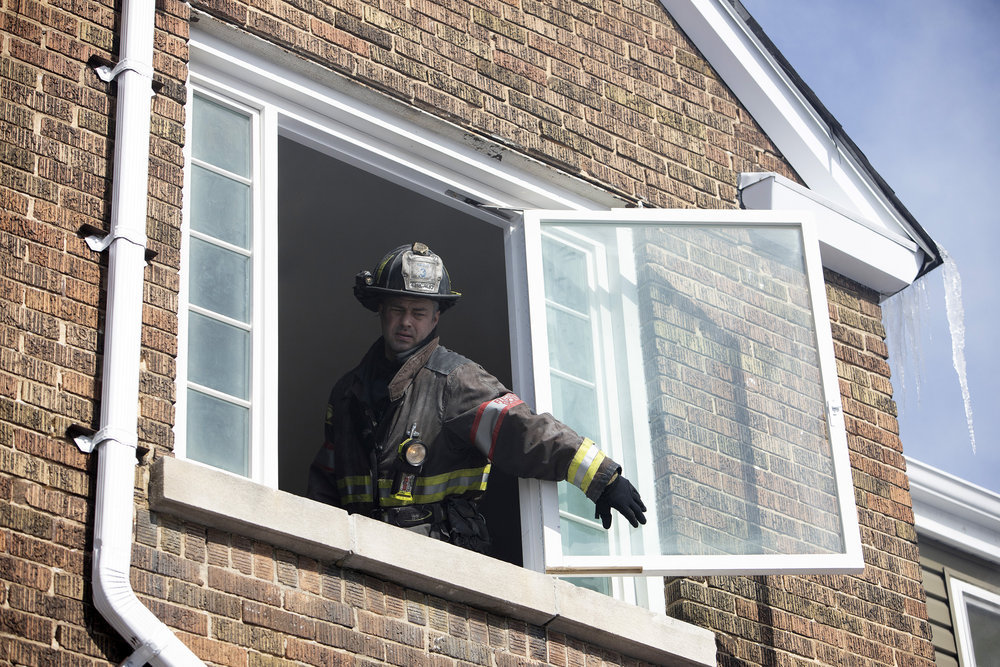