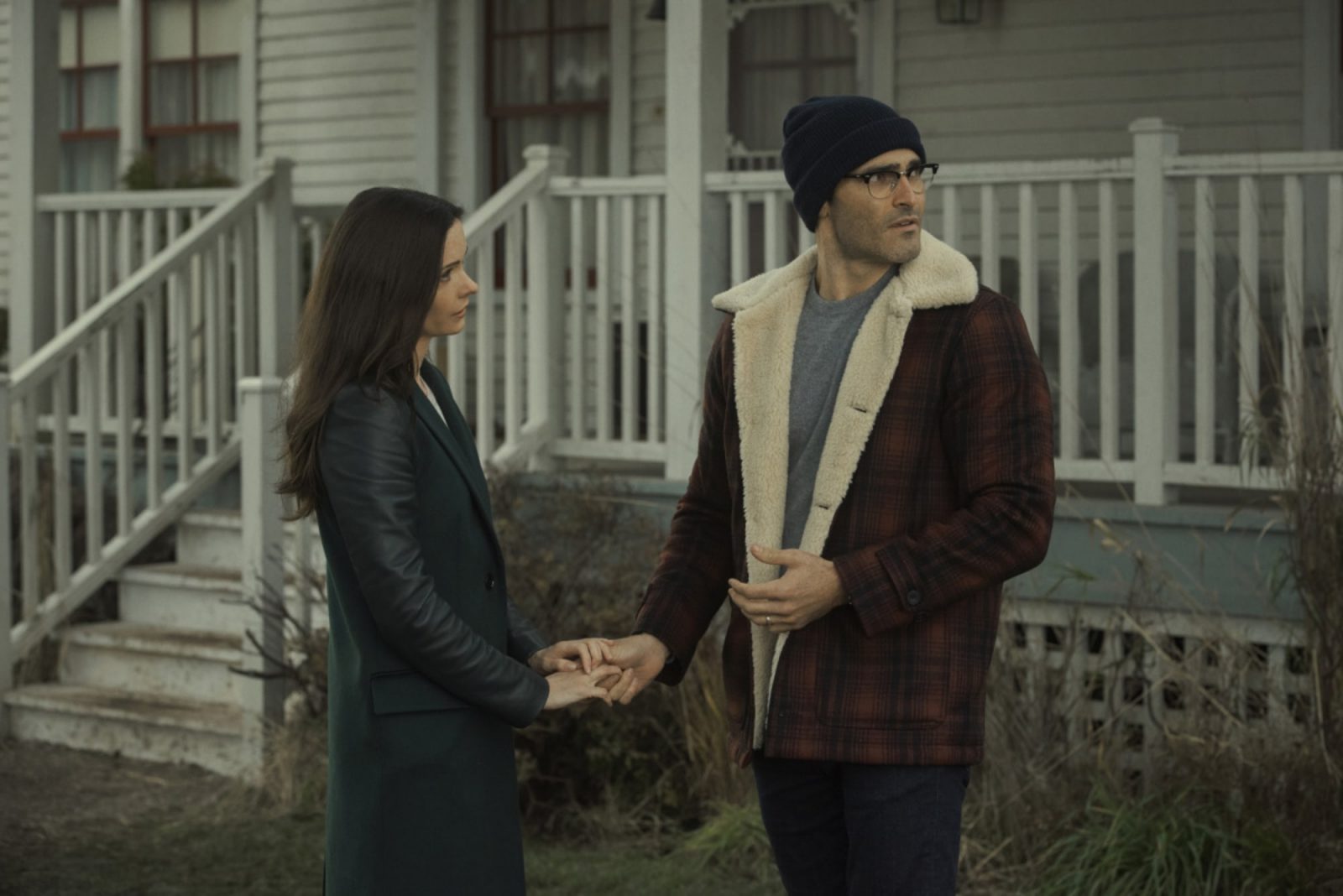 While still adjusting to the country life, Clark and Lois are faced with an important decision. They also have to deal with Lana Lang Cushing invites the Kent family over for a get-together. But those situations are easy to handle in comparison to the amount of tension forming between Morgan Edge and Lois! So keep reading for our Superman and Lois 1×02 recap to get all the details on what went down in the latest episode!

The second episode of Superman and Lois begins with the Kent family moving from the busy city of Metropolis to the country town of Smallville. The twins are upset about their new school. And the playbook for the Smallville High football team has not arrived for Jonathan. So he won’t be able to learn the plays. Jordan is upset that he only received two of the AP classes that he wanted. 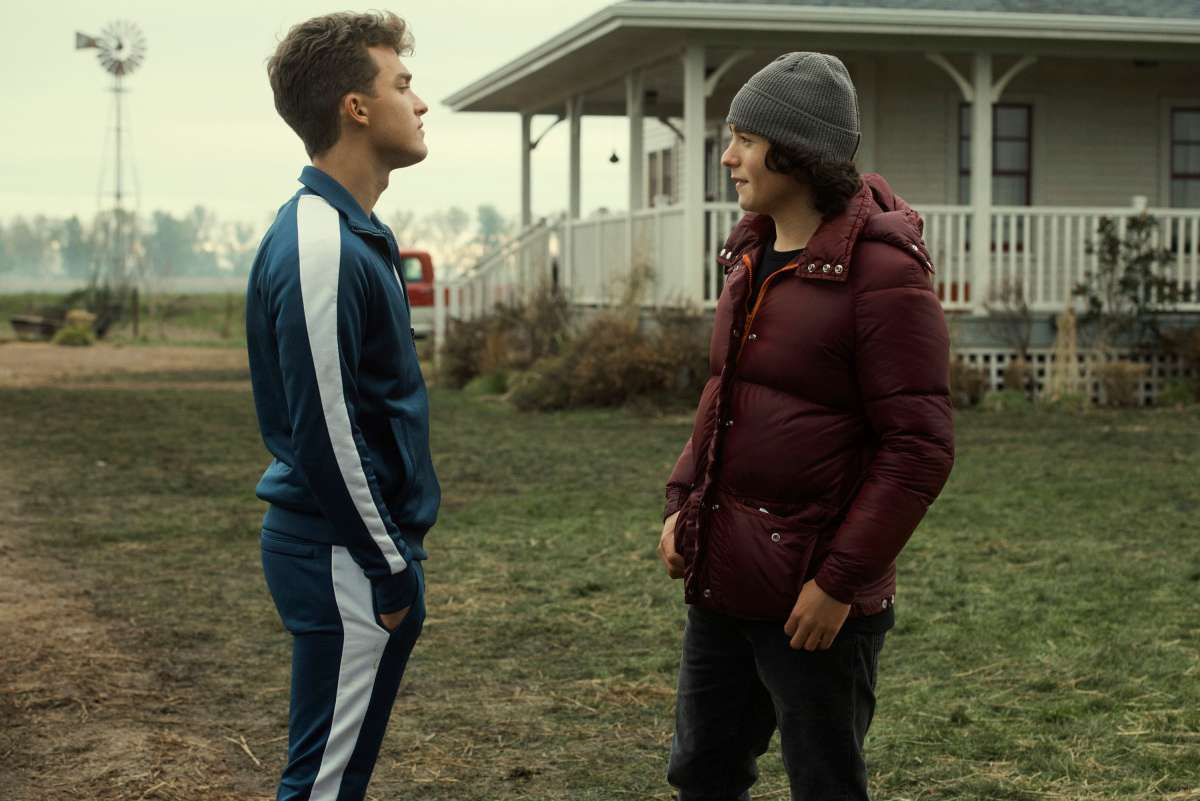 This is when Clark and Lois inform Jordan that they want to homeschool him for a while. They just don’t trust his powers right now. Clark and Lois decide to concentrate on their family at the moment instead of wondering “what if”. The stranger that knows all about Superman arrives in Moldova to look for kryptonite. We learn that he also has a spaceship, his name is Captain Luthor, and that he believes Superman will destroy the planet.

Clark takes Jordan to the Fortress of Solitude to learn about his past. And Jordan learns from a Jor-El hologram about Krypton. Jor-El tests Jordan to see if he is as strong as Kal-El. And we learn that Jordan was named after Jor-El while his brother was named after the man who raised Clark. Jonathan has his first day at Smallville High School. He meets up with Sarah and explains that his brother is sick. This is the excuse Clark wants everyone to use right now for why Jordan is not in school. Jonathan gets slack from Sarah’s friends on the football team. But during football practice, Jonathan gets tackled since he never received the playbook.

Lois and the twins attend the council meeting. And Morgan Edge is a speaker at the meeting. Lois embarrasses the twins when she questions Edge about the past when he took over other towns. There were broken promises and towns lost more money and jobs after Edge came in. But Kyle is frustrated that Lois has overstepped and thinks Edge might leave Smallville. General Lane stops by the farm and talks to Clark. He is angry that Clark and Lois told the twins about Clark’s other job.  The General does not approve of Clark or that he married Lois. Now the General, Lois and the twins are paying for it. Superman finds Captain Luthor and they fight. Luthor tells Superman he destroyed his planet and he’s going to make sure it doesn’t happen again.

The following day, Jor-El informs Clark that Jordan doesn’t have the same capabilities as Kal El. He’ll never be like Kal El and Jordan overhears. They go back to the farm and argue. Jonathan also gets upset and feels isolated. He left everything back in Metropolis for Jordan. At the Cushing barbeque a couple of hours later, Kyle confronts Lois. Kyle says anything Edge can do for Smallville is a plus. But then Lois writes an article about Edge, and it is rewritten after submitted. Lois is fuming and quits the Daily Planet. So she goes to the Smallville Gazette and gets hired there. 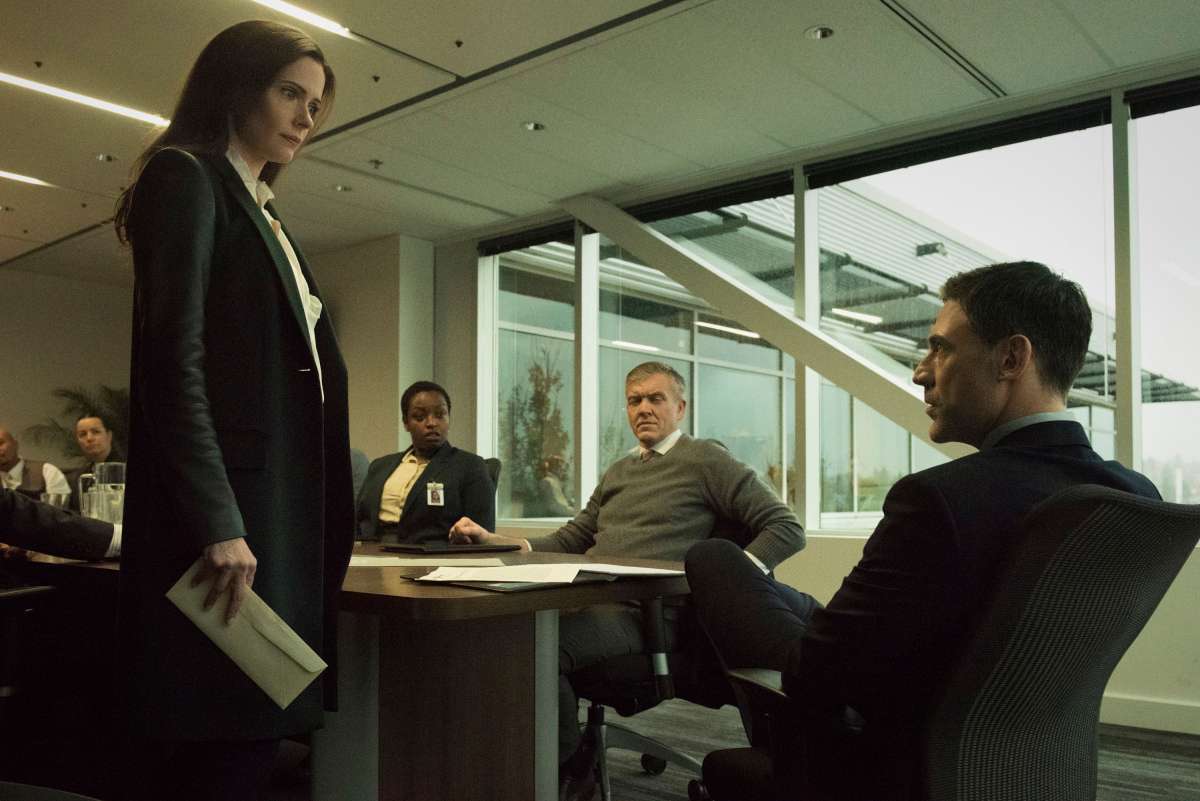 The General signals Clark when Luthor shows up at the DOD. But after taking off his mask, we find out it’s a cyborg. We also learn General Lane has kryptonite and General Luthor is after it. Captain Luthor is from another dimension where Superman destroys the planet and kills General Lane. This episode shows a different side of Clark. We see a father who’s trying to be there for his family, yet a superhero struggling with people knowing his secret. Lois is as fierce as ever, trying to expose Morgan Edge and save a town. The twins are struggling coming into their own in a new town.

This show is different than any other DC version. We see a superhero as a family man already; trying to balance everything. What do you think of Superman and Lois 1×02? Will Lois expose Morgan Edge? Will Jordan feel accepted at Smallville High?  And what exactly is Captain Luthor up to? Find and follow us on Twitter @capeandcastle to share all of your Superman and Lois 1×02 thoughts! And check out our site for more articles, podcasts, and more!