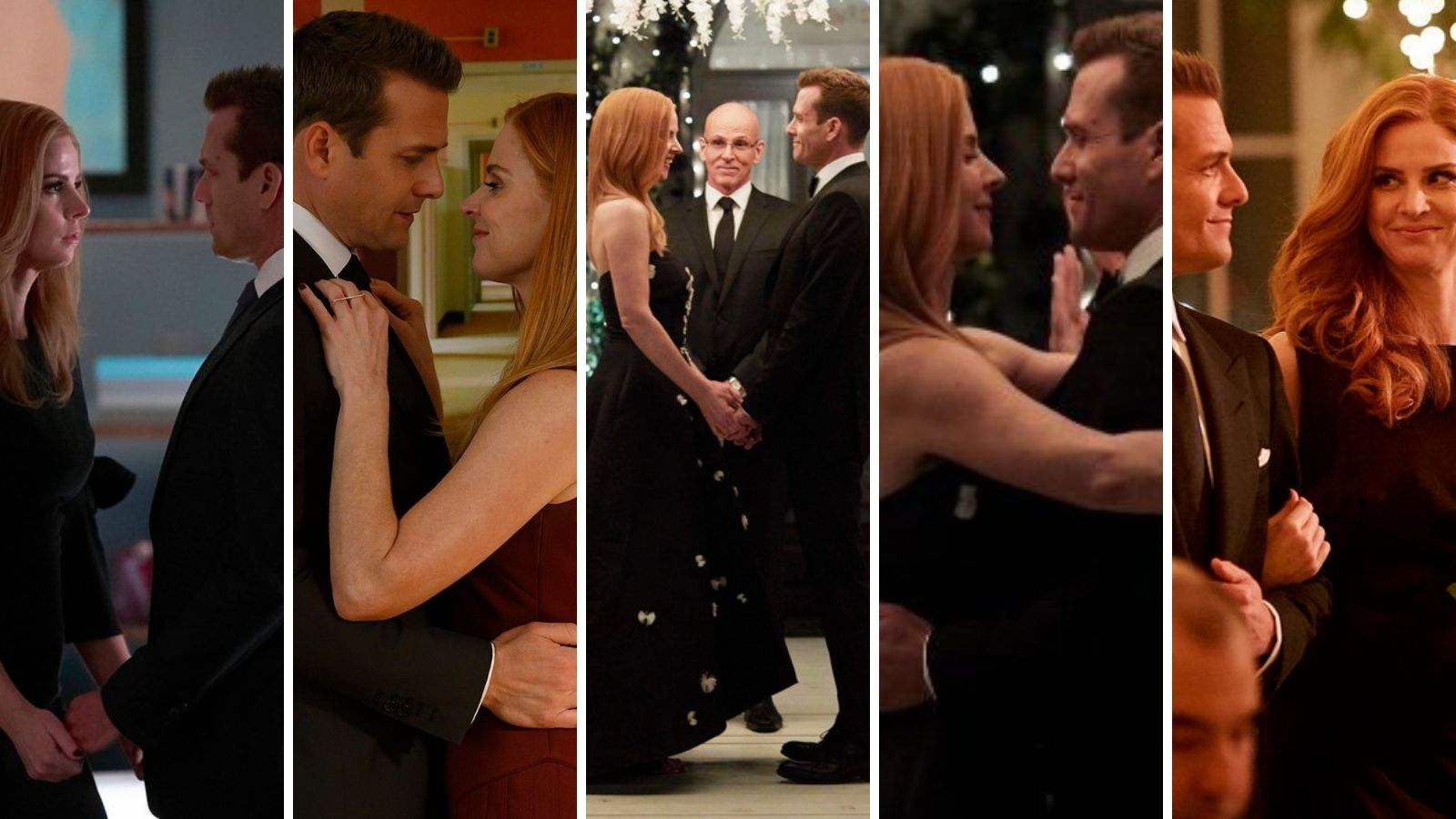 Is it time to do another Suits rewatch? Honestly, it’s always time for that. And not just for Darvey, but for pretty much everything about the show. But okay, mostly for Darvey. Because the relationship between Harvey Specter and Donna Paulsen certainly felt like the definition of a slow burn. If you were a fan of this show, and I don’t understand how you couldn’t be, you know it literally felt like nine years of torture waiting for Harvey and Donna to get together! But it also kind of felt like they were together all along. Kind of. So keep reading as I shine that Ship Spotlight on Suits’ couple, Darvey!

These two had some pretty incredible lines said to one another. More than just a little swoon-worthy. And that was long before they were an official couple. I could probably go on for at least ten pages just with amazing things Harvey and Donna said to one another. But I won’t. No matter how difficult it is, I will restrain myself. Instead, I’ll just focus on a couple that will always be my favorites. Let’s start with things Harvey said to and about Donna:

“I told you I’d never let anything happen to you. And I won’t, ever. So you don’t ever have to feel scared like that again.”

“There is no case and I wouldn’t give a shit if there was. I care about Donna.”

“The thought of you going to prison makes me want to drop to my knees. You want to hear me say it? There it is. But that’s not going to happen because I’m not going to let it happen.”

“I don’t want to find out what kind of lawyer I’d be without you.”

“Ask me for something else. Donna is one thing I can’t give you. For one thing, she’d never agree to it. I don’t tell her to do anything, she just does.”

“I’m saying I love you. And whether I knew it or not, I wanted to marry you from the second I met you.” 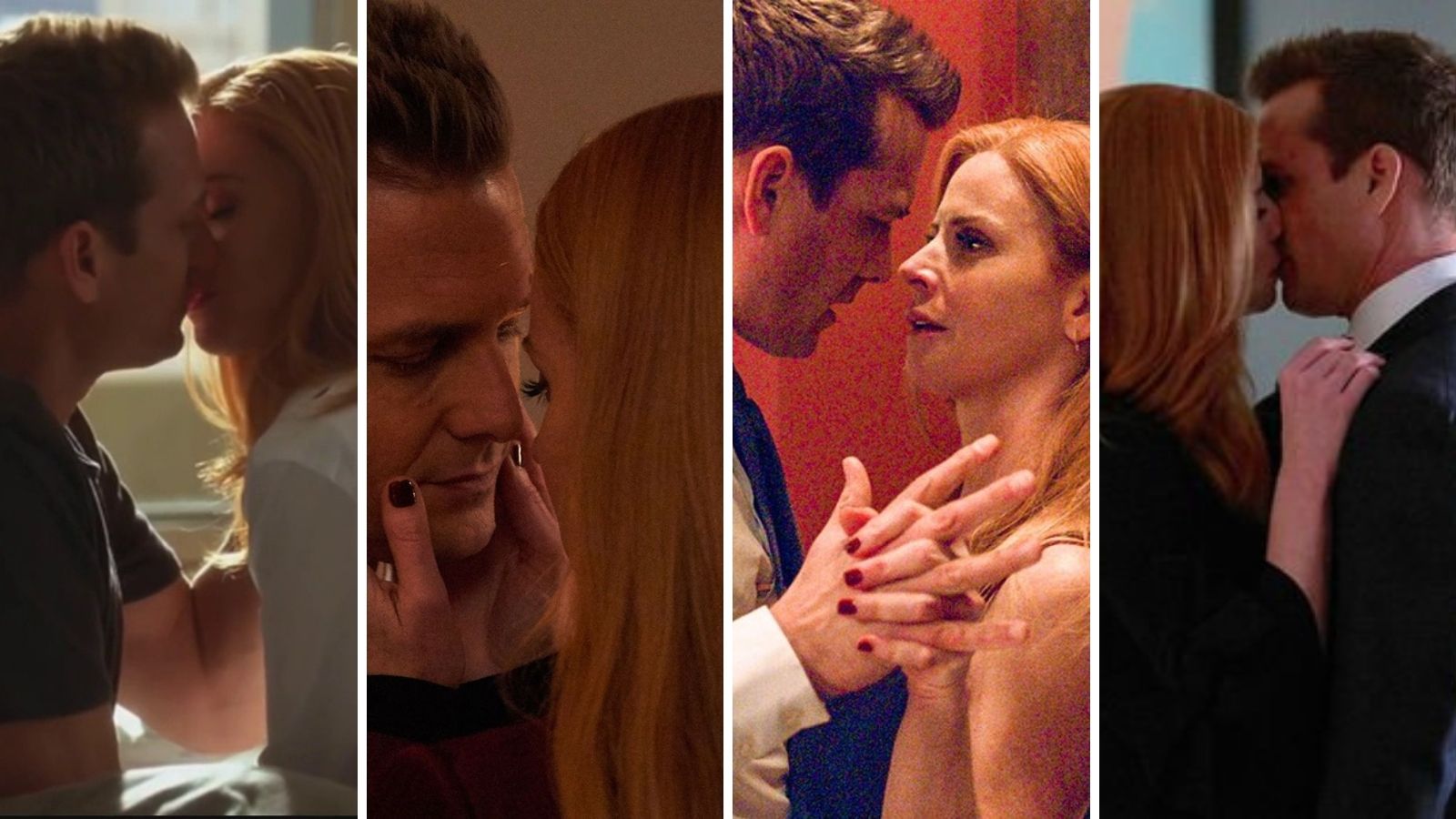 Yeah. And most of those were all before they were even truly together. Harvey truly is a romantic. It just turns out that he’s only really romantic when it comes to Donna. Speaking of, let’s move on to some of my favorite lines Donna said to or about Harvey:

“I’ll follow you to the ends of the Earth.”

“I will take a bullet for you. And I don’t mean that literally. But what you do for me is, when I need something, you give it to me. It’s not just a one-way street.”

“If anyone’s falling for anybody, it would be you for me.”

“I wanted to protect you.”

“Don’t do it. Don’t fall on your sword again. You don’t always have to be the hero.”

“I think you’re worthy. And I don’t want to lose you.”

“Our lines are as blurry as lines can get. I’m the person you call at six in the morning. Or at midnight when you need someone. We smile, we drink, we flirt.”

“I’m not gonna let him take the fall for that asshole.”

“You make me cry. You make me crazy. But most of all, Harvey, you make me happy. I can never go back to the way I was before. I love you, Harvey Specter.”

Everyone Can See It

From Jessica to Louis, Mike, and Rachel. Even people that Harvey and Donna meet briefly or in passing. Everyone can see that Donna and Harvey are completely head over heels in love with each other. The bond between them runs so deeply that anyone and everyone around the two of them can see and feel what’s between them. Even when Donna and Harvey can’t say it out loud or act on it. Everyone can see it. But more than them seeing it, I loved when other characters called both of them out on it and tried to convince them to tell the other how they truly felt. Though it still took almost every character and about nine seasons before the two of them finally freaking did it. 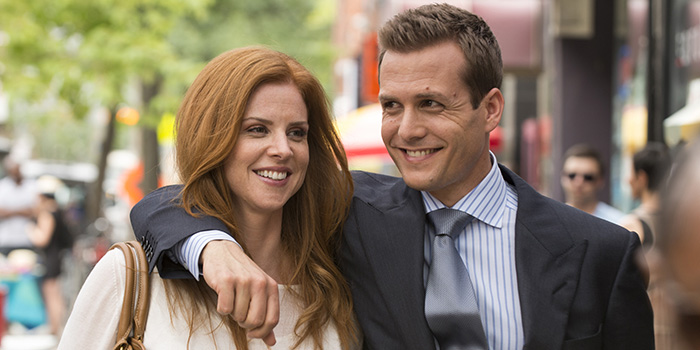 They both tried being with other people. Donna tried working with Louis instead of Harvey. But it didn’t matter. No one could come between Harvey and Donna. Harvey literally had panic attacks not having Donna by his side. They saved each other time and time again. And there is nothing that could ever stop Donna and Harvey from protecting and defending each other with everything they have in them. They’ve both tried having serious relationships, too. But it never took long before their significant others felt threatened by what was clearly between Donna and Harvey. So those relationships always ended with Harvey and Donna once again being told to just tell the other person how they really feel.

Why I Love Them

From the moment I started watching Suits, I wanted Donna and Harvey to get together. And as the seasons went on, I just wanted it more and more. The bond and relationship between them was a beautiful thing. It was amazing to see it progress and I almost liked that they waited to get together. Though I wish there had been a few more seasons so I could have seen them in marital bliss. Or even a couple more seasons of them just being in a relationship. But watching them struggle more and more as time went on to keep the relationship between them professional was fun. Most of the time. I hated seeing them in relationships with other people. But I knew those relationships would just keep pushing Harvey and Donna toward one another.

Were you a fan of Suits? What about Darvey? Are they one of your favorite couples? Did you like that Harvey and Donna waited so long to be together officially? Or would you have preferred seeing them get together sooner? What are some of your favorite lines that were shared between them? Did we manage to get a few of your favorites down? Do you have a favorite moment between the two of them? Find and follow us on Twitter @capeandcastle to discuss all things Suits and Donna and Harvey! Be sure to check out our site for more Ship Spotlights, podcasts, quizzes, and more on all things Disney and beyond! And if you’re feeling that Suits nostalgia and want to rewatch the series again, you can catch it on Peacock! 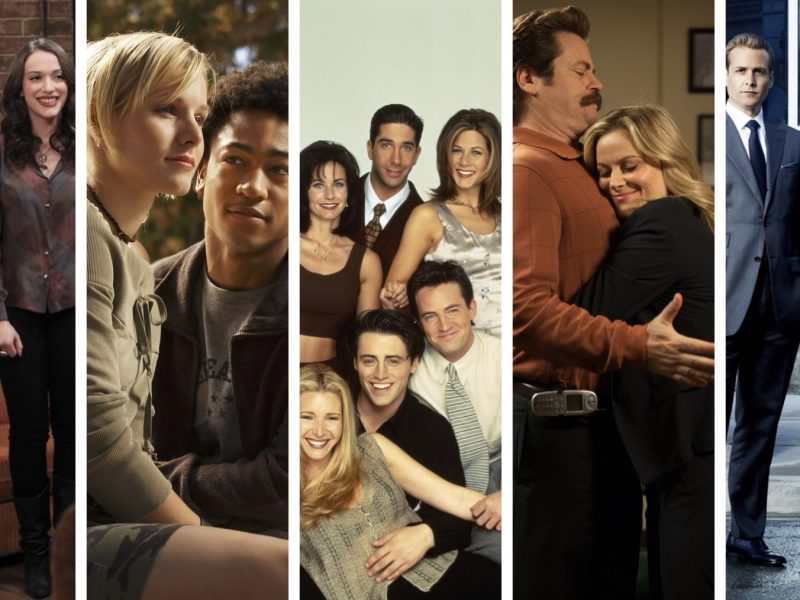