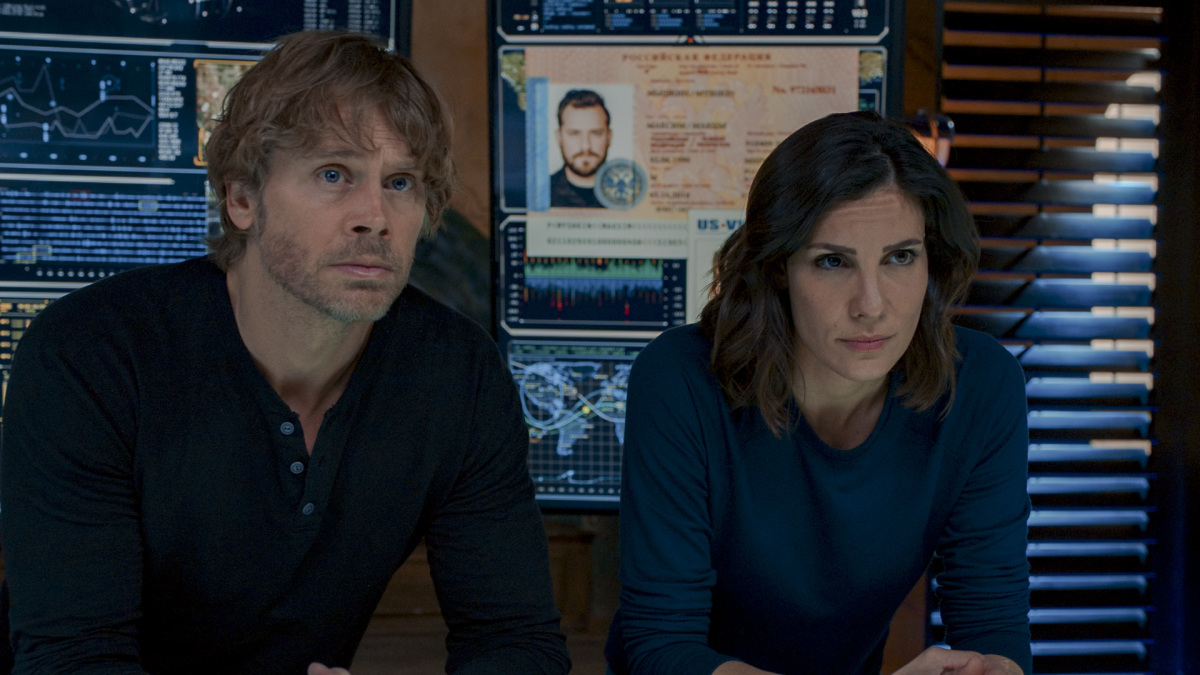 NCISLA 12×12 gave us some answers about what happened with Anna Kolcheck and why she disappeared. After learning someone was tailing Callen, we also got to find out what was going on there as well. Plus, the team gets a cryptic note from Hetty that leads them to a confusing case. Find out how everything went down in “Can’t Take My Eyes Off You.” 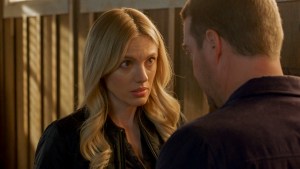 Callen is able to catch one of the two men who has been following him. Even when the man, Maksim, gives him a name and “job description,” Callen does not believe his story. Rountree is then put on detail to follow him and figure out what is going on.

While this is happening, Nell gets a cryptic e-mail from Hetty that is actually a coded message. There is something big going down that involves the team. The clue leads them to a company called Doby Distribution. But an investigation from Deeks and Sam finds that it is not legit. A shooting soon only leads to more questions.

Once the scene is taken over, they deduce the CIA is somehow involved. It turns out, Doby Distribution is related to Maksim, who was following Callen, and may involve someone who is after the team. Meanwhile, during his stakeout, Rountree finds multiple individuals at a cabin. When Callen joins him, they discover that Anna is there as well.

As it turns out, Anna has been looking for Katya, the Russian spy she was in prison with. Anna began receiving threats towards Callen and Arkady. She left so that they would be safe. She was working with a team, which included her ex-boyfriend, Maksim, to find Katya so she could be taken back to Russia.

Can’t Take My Eyes Off You 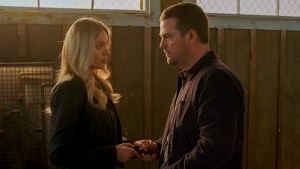 Katya contacts Anna via video, telling her that she wants her to come to Katya and that she has a hostage. It’s in the form of Joelle Taylor and she is seen injured in the video. What Anna doesn’t know is that Russia has actually tasked the team to take Kate out instead of bringing her in.

Callen is detained so he won’t follow them, but Rountree manages to help get him out of the cabin. They find the meeting spot where Anna is supposed to meet Kate. All they see is a blue minivan creepily playing “Can’t Take My Eyes Off You.” There’s a brief shootout but it turns out Kate is not in the car.

DOJ Agent Carlson, who is still suspicious of Callen, arrives and Callen agrees to let her talk to Anna, but also says they should work together to help find Kate and rescue Joelle. Unfortunately, time may not be on their side, as an envelope arrives with a finger inside of it.

Preparing for a baby 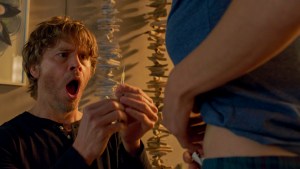 In the midst of the case, Deeks and Kensi are preparing to do hormone treatment to help aid in having a baby. Deeks is not keen on needles but helps Kensi take her shot. Unfortunately, she experiences side effects and has to spend the majority of the case back at Ops.

Deeks may have been nervous about the needle part of the journey, but he was an amazing and loving husband to Kensi in this episode. Not only did he keep it to himself why she stayed out of the field, but he supported her when she was reluctant to stay behind.

Kensi did eventually open up to Nell about how she was hoping the side effects wouldn’t be so severe. We love their friendship so much and it was great to see Nell supporting her while Deeks was in the field.

Deeks was also a good friend to Sam, helping him to understand how he could help his daughter with her feelings about switching careers instead of being disappointed with her. When he gives his friend advice, Sam tells him he will eventually be a good dad. Deeks may not be open with his own feelings about the fertility treatment, more so for Kensi most likely. However, it has to be encouraging to hear that from Sam.

This episode was great in terms of the Densi storyline with their baby plot. It’s great to see how they both take care of each other and look out for one another.

Seeing Kam bounce back in the aftermath of her kidnapping was a relief and just shows how strong she is. Plus, she is in the midst of figuring out what her other interests may be in terms of a career. This may not have sat well with Sam at first, but he eventually agrees to hear her out. Even if she decides not to go to Annapolis after all, she will succeed because she is very dedicated and driven, much like her parents.

Finding out the answers to why Anna lied to Callen was both satisfying and also worrying. It’s clear Callen was deeply hurt and felt betrayed by her lying to him. How they overcome this hurdle is something I am interested in seeing.

They have to get through the whole Kate Miller fiasco and rescuing Joelle. And there is still a matter of what was going on exactly in the previous episode with Callen and Zasha Gagarin. We still have questions about that.

There is currently no information on when NCISLA will return so for now, we just have to wait to find out what is going on. Let us know your thoughts on NCISLA 12×12 “Can’t Take My Eyes Off You.” Find us on social media for more content!