NCIS: Los Angeles has been sorely lacking in Callen content and the 11th episode gave us all the cake. In “Russia, Russia, Russia,” Callen is accused of being a Russian agent as the team works to figure out who the actual asset is.

NCISLA 12×11 sees the return of the Russian plane case 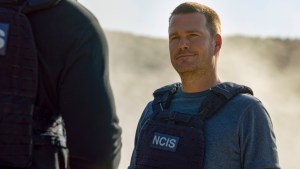 In a callback to a previous episode, Callen goes to interview one of the crew members of the downed Russian plane that the team investigated. While there, he discovers that the DOJ believes he is a Russian agent due to his ties with the likes of Arkady and his girlfriend, Anna. Once the team gets wind, they work together to help Callen and figure out what is happening.

Callen then decides to pretend to be an agent so that way he can get the information they need. After faking Admiral Kilbride’s death and getting to the captain of the plane, Callen tries to get the information he needs from him about who the actual agent is.

The episode also gave us information on what is going on with Hetty. She knew about the possibility that there was a Russian agent in their midst and had begun an operation in order to find the person. But the operation went awry and someone made the claim the agent was Callen himself. 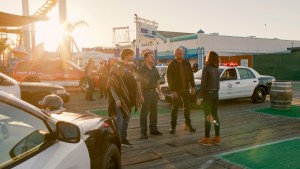 Despite the DOJ believing Callen is the agent, he wanted to work with them to find out who was responsible. Although, he still thinks they were the ones who have been following him. Unfortunately, in trying to get information through the captain, a woman arrives at the meeting spot that is set up and poisons him.

It turns out the woman is Zasha Gagarin, who the team had paid for the names of the people on the plane. She disappears, thus ruining the team’s chance of finding out any new information.

During the course of the episode, Deeks went to Anatoli Kirkin to get some help on the case. In order to get what he needed, he had to do a favor for Kirkin, which involved modeling for Kirkin’f fashion line. 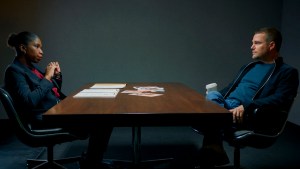 Deeks certainly went through something this episode to help Callen, but he did it with his usual brand of humor. What the team doesn’t know is Callen confronts Zasha himself to find out why she poisoned the captain. This only makes us wonder what exactly is going on with him after all.

This episode certainly gave us some humor. Plus, it also highlighted Callen after several episodes of not knowing what was going on. Will this all eventually lead to Ana’s return? And what is going on with him and Zasha?

Keep an eye out for more of our NCISLA recaps. Follow us on social media for more content.