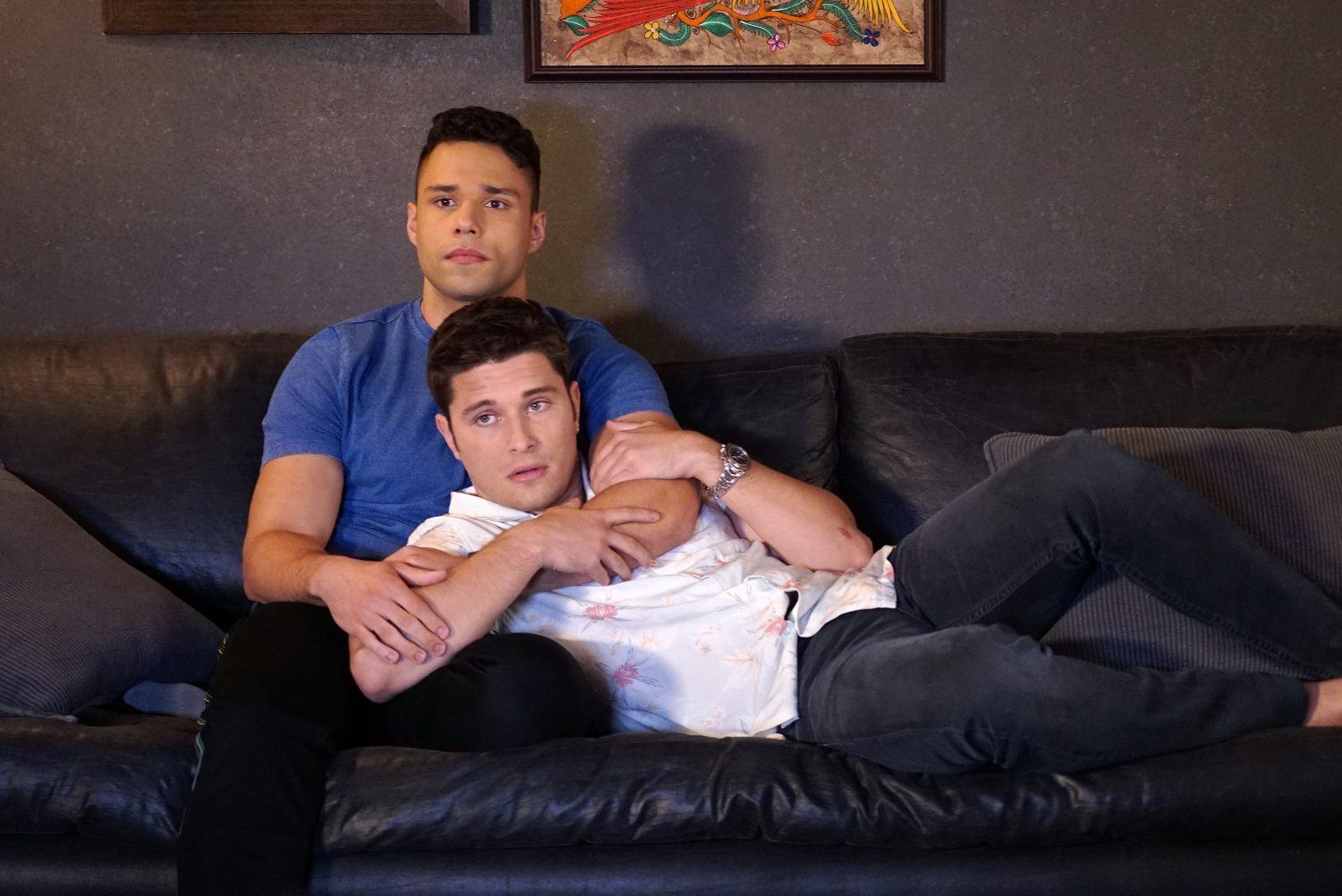 TK and Nancy were officially a team but things between them seemed a bit more like a competition. Meanwhile, Owen and Gwyn seemed to be struggling a little when it came to becoming domestic once again. We also had some wild calls and were blessed with a beautiful scene between Carlos and TK as Carlos offered some very wise advice and opened TK’s eyes up to a few things when it came to the firehouse and the relationships between those within it! So keep reading for our 9-1-1: Lone Star 2×07 review!

While we were so excited to see TK as a paramedic even if we were going to miss him as a firefighter. And while TK has the knowledge to do the job and was absolutely the best choice, we knew it was going to be an adjustment period for him. But we hadn’t really stopped to think about what an adjustment it would be for Nancy. Not that we didn’t know it would be one. We just figured she would be excited that at least Tim’s replacement was going to be someone she knew and had already been working with. We just figured Nancy and TK would be able to work smoothly together right off the bat. And that was the case for the most part. But there were some little things that were piling up a bit. 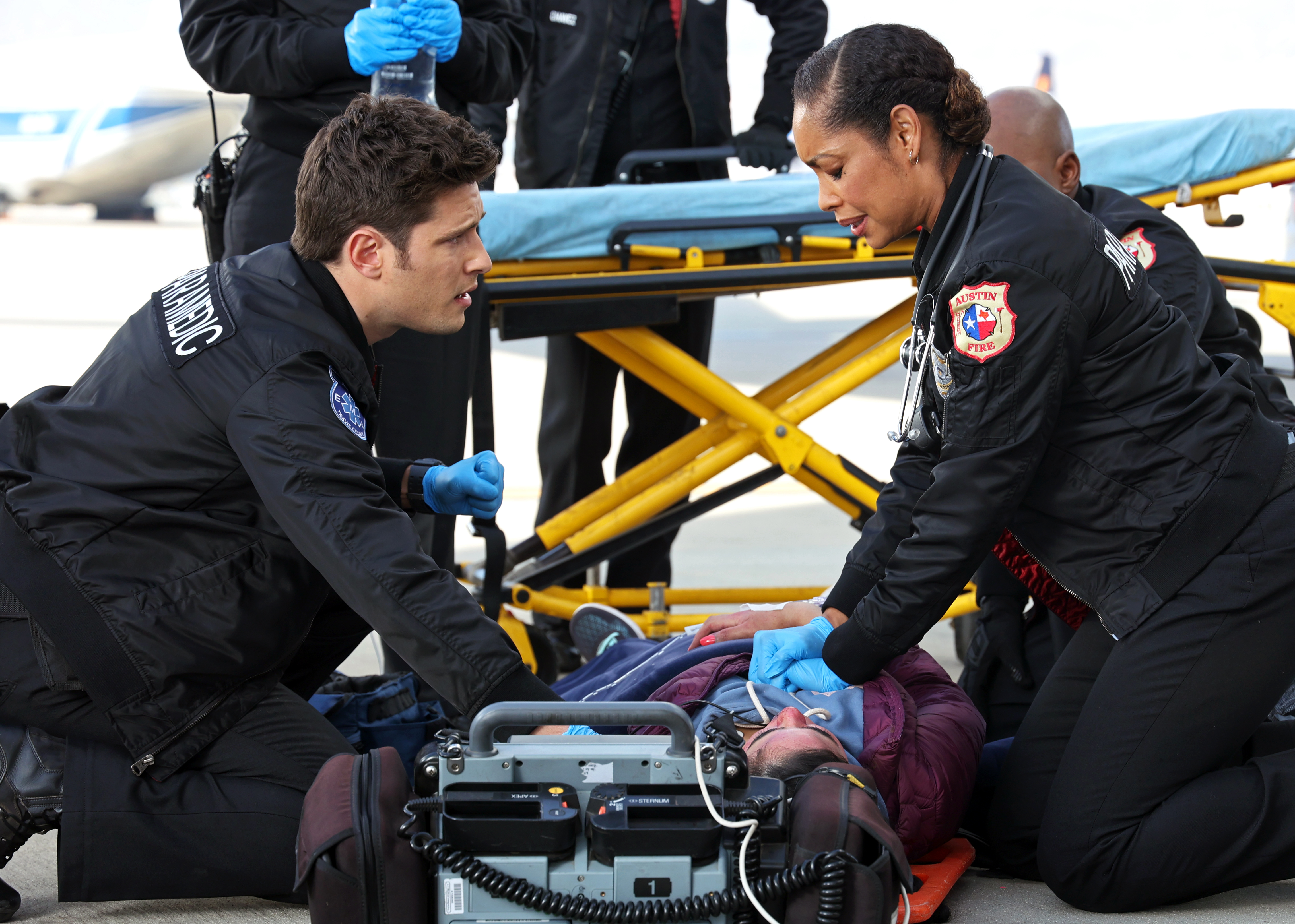 It’s totally understandable that Nancy wouldn’t be a big fan of TK rearranging supplies. And honestly, she was a really good sport about the whole thing. But Nancy has also been working on forming a bond with Tommy, something that has been going really well. And the fact that TK and Tommy seemed to not only hit it off right off the bat but worked together as if they had been doing it for a while. That had to be frustrating. And things between Nancy and TK definitely seemed to turn into a bit of a competition. We’ll admit we were cringing just a bit. The last thing we wanted to see was things going badly between Nancy and TK. They are a team now and they’re going to have to work like one. What TK and the others did for Nancy in Tim’s memory was absolutely beautiful.

Any scene we get with Carlos and TK always has us excited. And this one was no exception. It’s definitely going on the list as one of our favorites. This means we’re definitely going to watch it at least a hundred more times. A domestic Tarlos honestly gives us all the feels. Can we get some more scenes with the two of them? Because the one we got in this episode really just showed us how deprived we have been. It feels like we rarely get to see the two of them together. Not only at home but on calls. We get that they won’t see each other all the time but a bit more than they have been so far would be fantastic!

Carlos is not only amazingly supportive of TK and his decisions, but he also seems to be an expert at giving advice. Something we should probably already know. But Carlos made some good points to TK about how things stand within the firehouse. Like that while TK had invited his team over, he really hadn’t spent a lot of time with Tim and Nancy outside of work. This really put some weight behind the theory Tim had with Nancy about the firefighters being the cool kids and the firehouse being like a high school cafeteria. But we hope now that Carlos has pointed it out to TK, things can change and Nancy and TK can bond with one another. What happened with the ambulance certainly went a long way toward doing just that.

Bumps in the Road

It makes sense that things between Gwyn and Owen weren’t going to go perfectly. It’s been a long time since the two of them have been more than casual. And even longer since they’ve had a baby on the way together. But there was certainly a lot of tension going on in the kitchen between the two of them and it certainly didn’t seem like the good kind. It was clear that there was some uncertainty from Gwyn’s side about how things were going to be. She seemed ready to pack up and move back to her old place. But then things got even tenser when Gwyn revealed that the baby she is carrying may not be Owen’s after all when they were told their math about the baby was wrong. Yikes. That certainly had us concerned about things between these two. We were speechless when the results came back that Owen wasn’t the father. 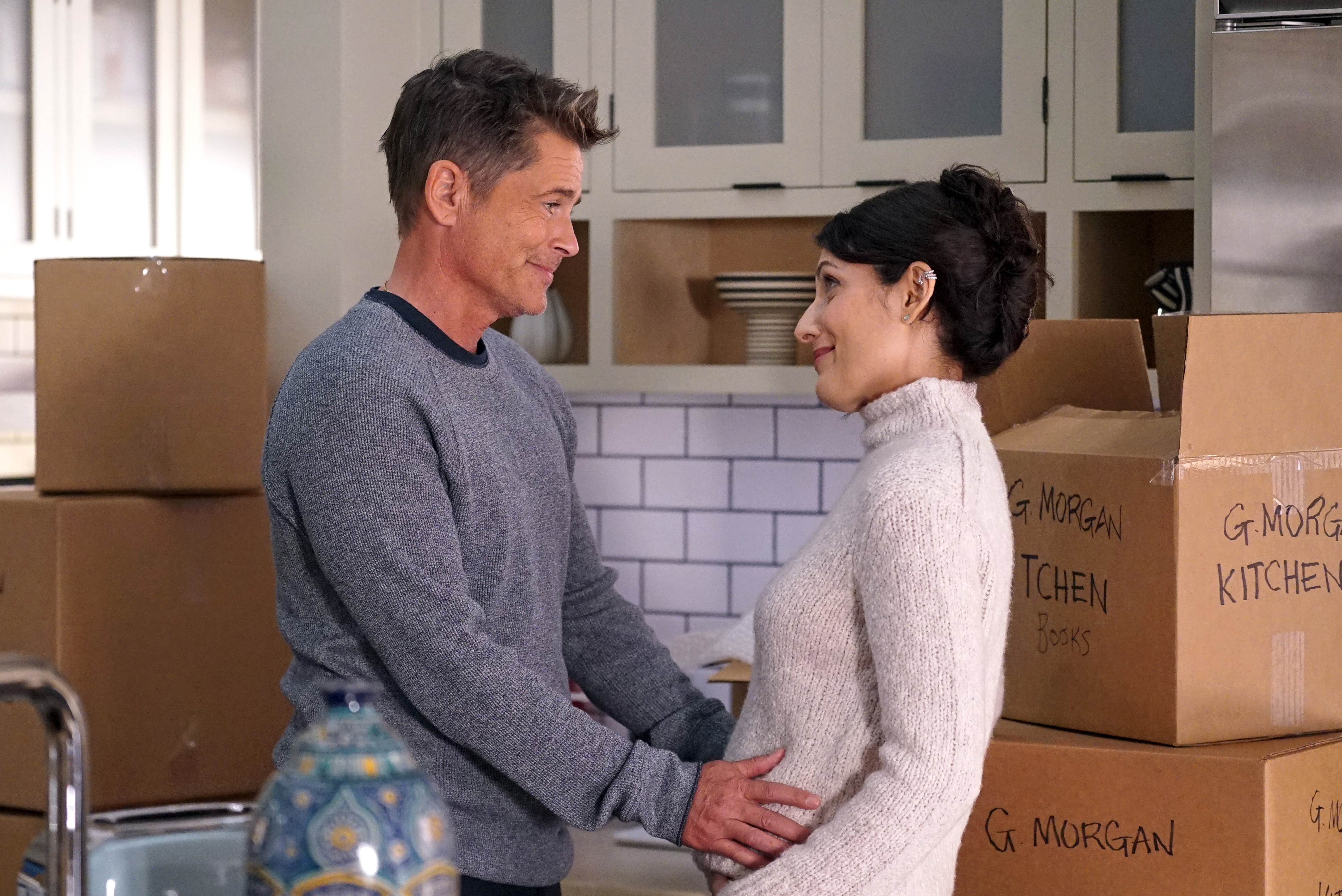 What did you think of 9-1-1: Lone Star 2×07? Were you feeling the tension between TK and Nancy? Do you think they’ll find their groove with one another? What did you think about what the team did with the ambulance in Tim’s memory? What about Owen and Gwyn? Will they be able to find their own stride? Or are things between them going to end once again? What did you think about the baby not being Owen’s? Were you loving the scenes between Carlos and TK as much as we were? How do you think TK is doing as a paramedic? Find and follow us on Twitter @capeandcastle to share all of your 9-1-1: Lone Star 2×07 thoughts! Be sure to check out our site for more articles, quizzes, podcasts, and more on all things Disney and beyond!