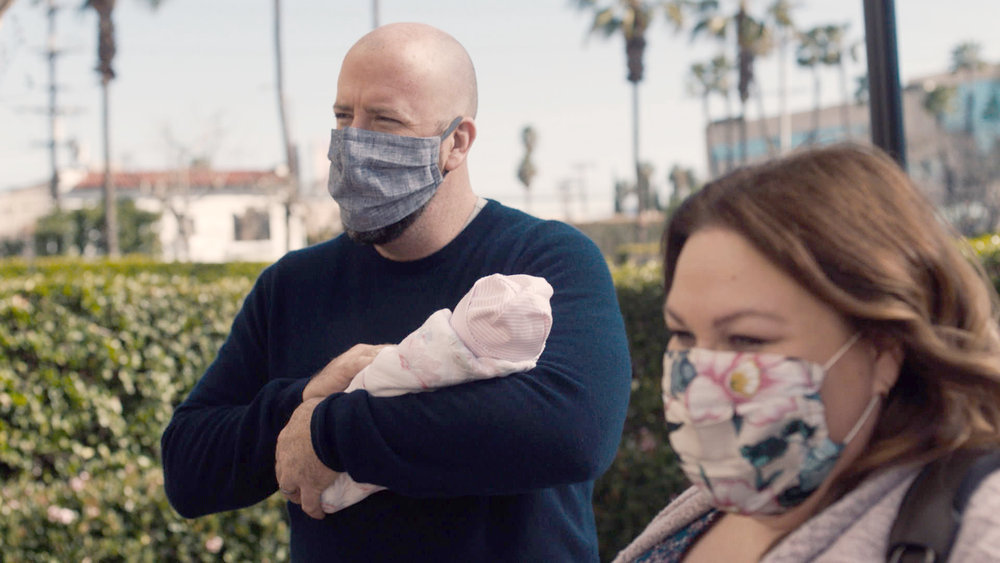 In this week’s episode, we had flashbacks, a flash-forward, and a few confessions. Plus, we got cuteness overload as we see the Pearsons taking their new babies home! So read on for our This Is Us 5×09 recap!

The big three are ready for discharge. We see a frustrated Jack struggling to install the car seats. Rebecca is concerned about riding in the front seat and Jack is worried she might pop her stitches trying to turn to check on them. The ride gets scary when they are tailgated and then cut off by another driver. Jack confronts the man at a gas station but Rebecca calls him off. Jack then calms his nerves by buying and secretly drinking a tiny bottle of whiskey but wisely suggests Rebecca drive them home so he can keep an eye on the kids. 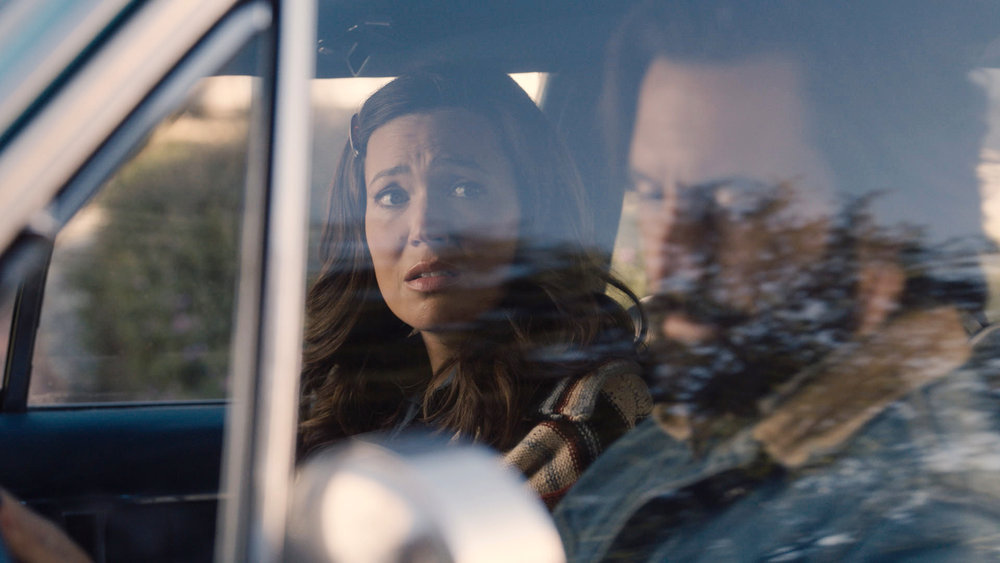 Once at home the babies have fallen asleep so the new parents stay in the car. Rebecca confesses her biggest fear is that she’s not the same person she was before she gave birth and what if she stays sad for too long and is not a good mother. Jack admits what happened back at the gas station and tells Rebecca that his father was so unhappy being around his family he always had to have a drink in his hand. His father sucked the air out of the room and he’s afraid he’ll do the same. Rebecca assures Jack he is the air and both agree their lives are never going to be the same.

Randall and Beth, Kate and Toby

Randall and Beth are heading home with baby Annie. Making a pit stop at Dairy Queen as Randall promised Beth a Snickers Blizzard. Beth is shocked when Randall announces plans for baby number three. Or as he puts it “go for a son”. Randall apologizes for his antiquated gender assumptions and then explains himself. When he was a child he had to do a family tree for school but knew it wasn’t accurate because there was no one on it who looked like him. He feels like Beth and the girls are the beginning of his family tree. And he always assumed there would be lots of branches. But Randall concedes the point and playfully suggests Tess and Annie provide him with lots and lots of grandchildren and great-grandchildren.

Kate and Toby head home from the hospital with Hailey and Ellie. But as they drop Ellie off Kate is shocked when she announces she no longer wants to be a part of Hailey’s life. Kate is more than a little upset and explains to Toby that she wanted an open adoption so their child would never experience what Randall did. Toby replies that no matter what Hailey will know who her birth mother is. Toby later tells his wife that she is unflappable when it comes to life’s crises and then breaks it to Kate that he was laid off. Proving his point Kate reassures him that their family will be okay.

Kevin and Madison and the Future

Kevin, like his father, struggles to install the car seats. But it’s not long before he, Madison, and the boys are on their way home. Kevin is enraged to discover they’re being followed by paparazzi and pulls over to confront them. Madison intervenes, and after promising a picture of Kevin running without a shirt, drives her family home. Later, Kevin dreams of Jack holding the twins. Jack tells him he was always afraid of turning out like his father. While Kevin has always been afraid he wouldn’t be like his. So much time wasted being afraid. But Jack tells Kevin to close his eyes, decide what he wants, and go get it. Kevin wakes up and proposes to Madison, who happily accepts. 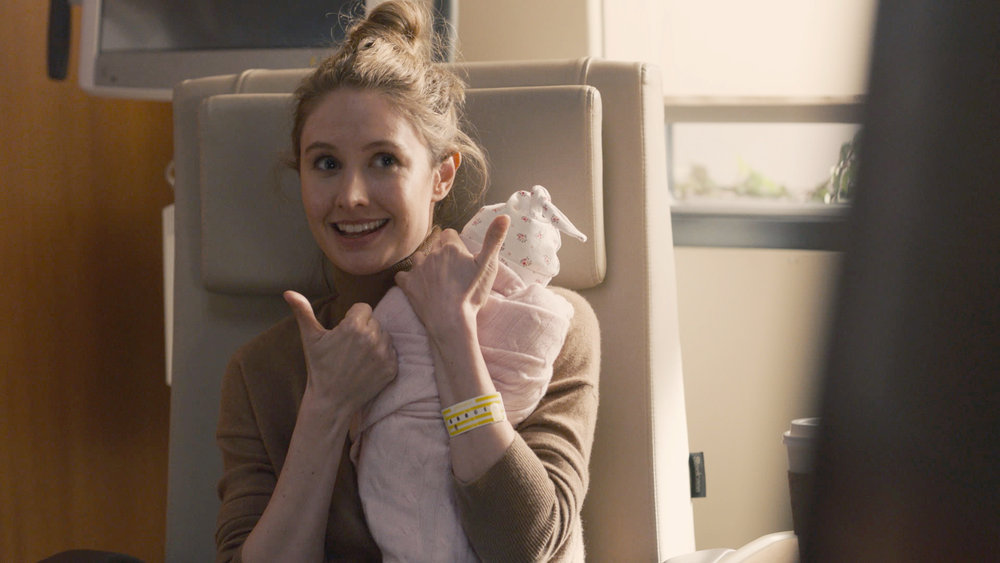 In the beginning, we were introduced to a medical student ducking out of her OB/GYN rotation. Another young woman picks her up and we learn the future doctor is expecting a baby herself. Kudos to the casting department because even before the big reveal we knew these two were future Déjà and Annie. Arriving at Kevin’s house they’re greeted by Randall and Tess. As they turn to go in Randall asks Déjà how the drive was and she replies it goes by faster than you think. Then a car pulls into the driveway and Randall excitedly says look who’s here.

This had to be my favorite episode so far this season. But it left me with so many questions. Who is the father of Déjà’s baby? What did Annie grow up to be? Did Kevin and Madison live happily ever after? And who is in the car? What do you think? Drop a comment below and follow us on Twitter @capeandcastle! Check out our site for more articles on all things Disney and beyond!

Tags:
Chris Sullivan, Chrissy Mets, Justin Hartley, Mandy Moore, Milo Ventimiglia, NBC, recap, Sterling K Brown, Susan Kelechi Watson, This Is Us, This Is Us 5x09, This is us 5x09 recap, This Is Us Recap
previous article next article