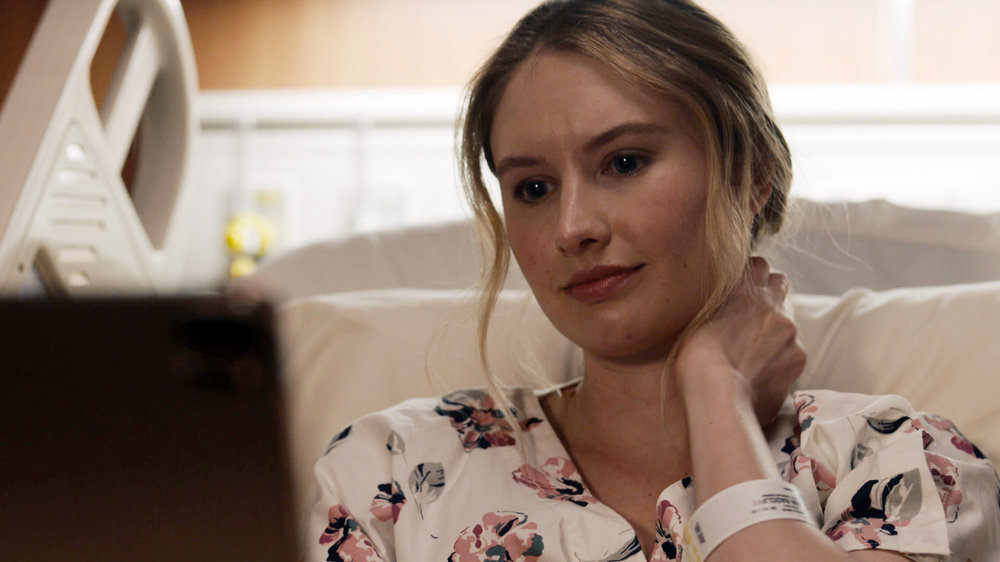 In this week’s episode, there were no surprise twists or heartbreaking revelations. Instead, it was a heartwarming hour as we welcomed the next generation of the Pearsons. Read on for our This Is Us 5×08 recap!

As Madison’s labor progresses we discover that Randall and Beth are still on the phone with her. And have been for hours. Randall coaches Madison through the contractions and even distracts her as she gets an epidural. It’s at this point Kevin arrives. He tells Madison he’s all in and will not be taking any jobs that take him away from their family. 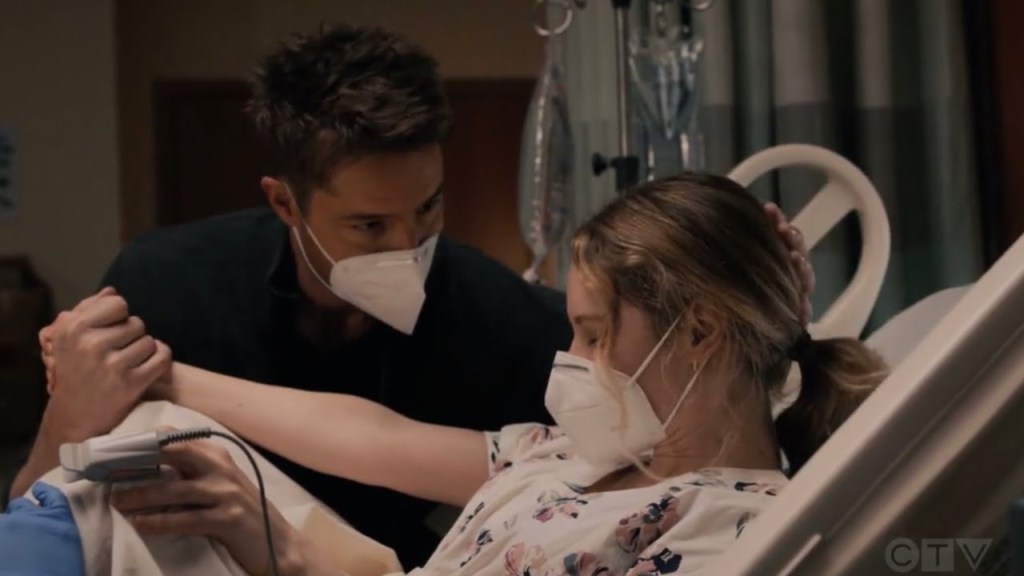 At another hospital, Ellie’s labor is slowly progressing. She makes sure everyone knows Kate is the baby’s mother. Toby, meanwhile, has camped out in the parking lot to wait for his daughter’s arrival. He makes friends with an older man who sits in his car every night because his wife Rose is hospitalized with COVID and on a vent.

Rebecca and Miguel are doing their best to distract themselves as they wait for news on the babies. She tells Miguel the story of a framed water-stained art project hanging on the wall. Rebecca and Jack went to the cabin for a romantic weekend after a teenaged Kevin, Kate, and Randall decided it was lame. The trip turns contentious when they discover the upstairs pipes have burst and Jack confronts Rebecca over complaining about the kids too much. In Jack’s mind, they only have a few more years before the kids have grown up and moved away and he wants to cherish that time. Rebecca declares they will always be there for both the little and big moments and framed the photo to remind them of that promise.

Rebecca confesses to Miguel she feels like she’s letting Jack down not being there for Kevin and Kate. She then acknowledges that for Miguel it must be strange to have to mourn his best friend differently than the Pearsons do. We don’t often get to see things from Miguel’s perspective or glimpses into his marriage to Rebecca so this episode was a great opportunity to do so.

The twins Nicholas and Frances arrive, as does Hailey Rose. Kate is momentarily concerned when Ellie asks to be alone with the baby. But as it turns out it’s just to tell the newborn she’s made the right decision to let Kate and Toby adopt her. Through FaceTime, the new big three are introduced to the family. And in perhaps the coolest flashback the show has ever done we are introduced to Nasir Ahmed and his wife Esther. Nasir created the discrete cosine transform which essentially helped create video-sharing technology. Because of this, the Pearsons were able to be there as a family. Just the way Jack wanted it to be. 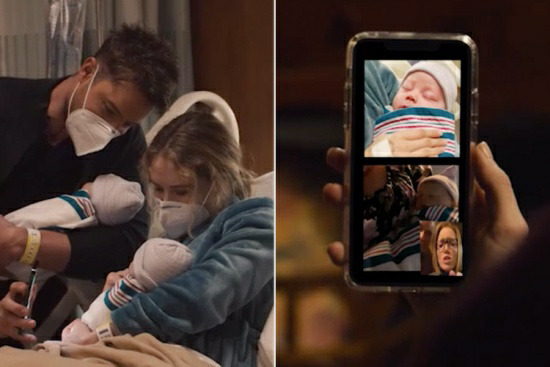 And to cap off this very special episode, Kevin reaches out to Randall. He thanks him for being there for Madison and tries to make amends. Randall tells Kevin they are both to blame for their falling out. And he says one day they will have that conversation but now is not the time. So what did everyone think about this week’s episode? How will Kevin and Madison adjust to parenthood? Are there rough waters ahead for the Pearsons? Drop a comment below to give us your thoughts and be sure to follow us on Twitter @capeandcastle! You can also check out our site for more articles, quizzes, podcasts, and more!