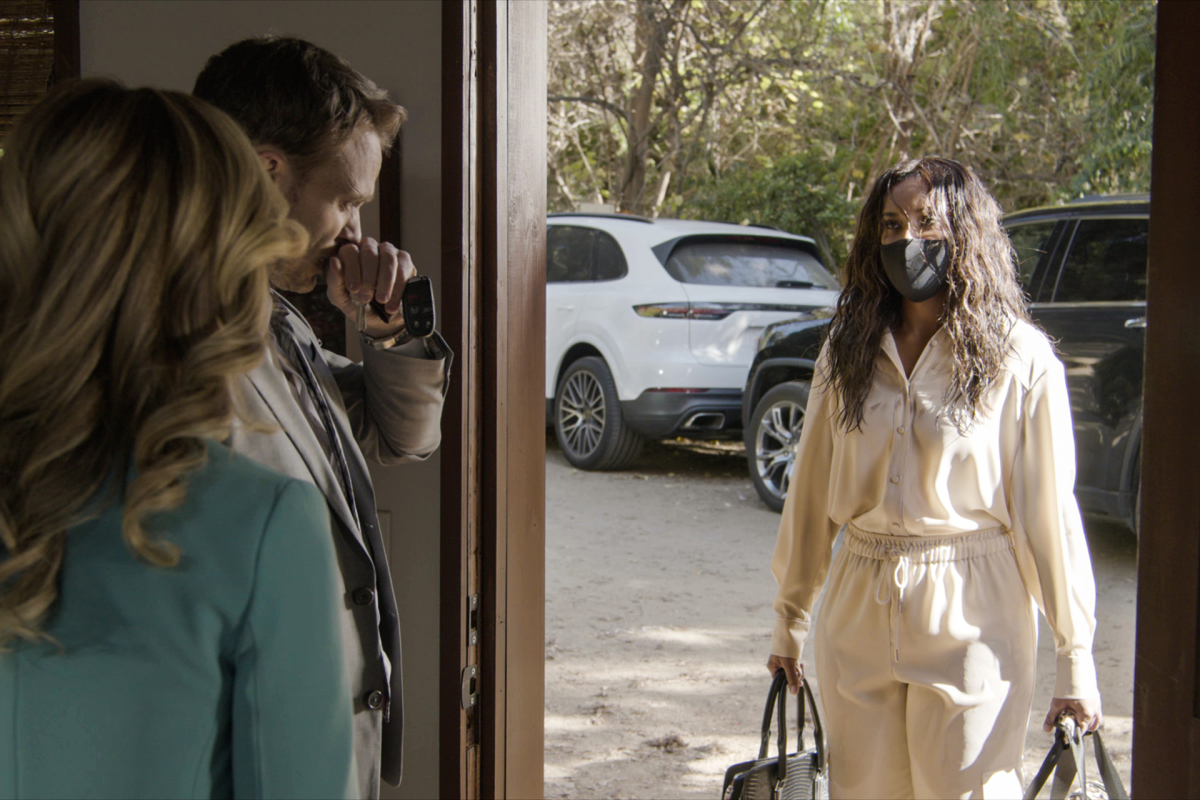 Sherri was on the hunt to get Judge Laski his stag head so that he would give Lola back her own precious item! Meanwhile, Mark was facing an uncomfortable situation when Rachel began sleeping on his couch and being in his space every time he was home. Plus, Emily and Sam were facing off in the courtroom for a highly emotional case that hit close to home for Emily and it proved to cause more than a little strain when it came to Luke and Sam’s relationship. So keep reading for our All Rise 2×09 review!

We had a feeling that Rachel was going to cause problems. But we were really hoping that we were going to end up being wrong. So it was really disappointing that we ended up being right. Though Rachel certainly wasn’t the only wrong one in the situation. Mark put himself in a situation that was clearly heading toward romantic. And not only did he wait way too long to stop the kiss with Rachel, but he also kissed her back. Come on, man! We really expected more from Mark. Sure, we know that people make mistakes. And maybe we could have forgiven him if he had gone right to Amy and told her what happened. But he didn’t. This means Mark is now lying about it. And we just know it’s going to come back and bite him in the ass. 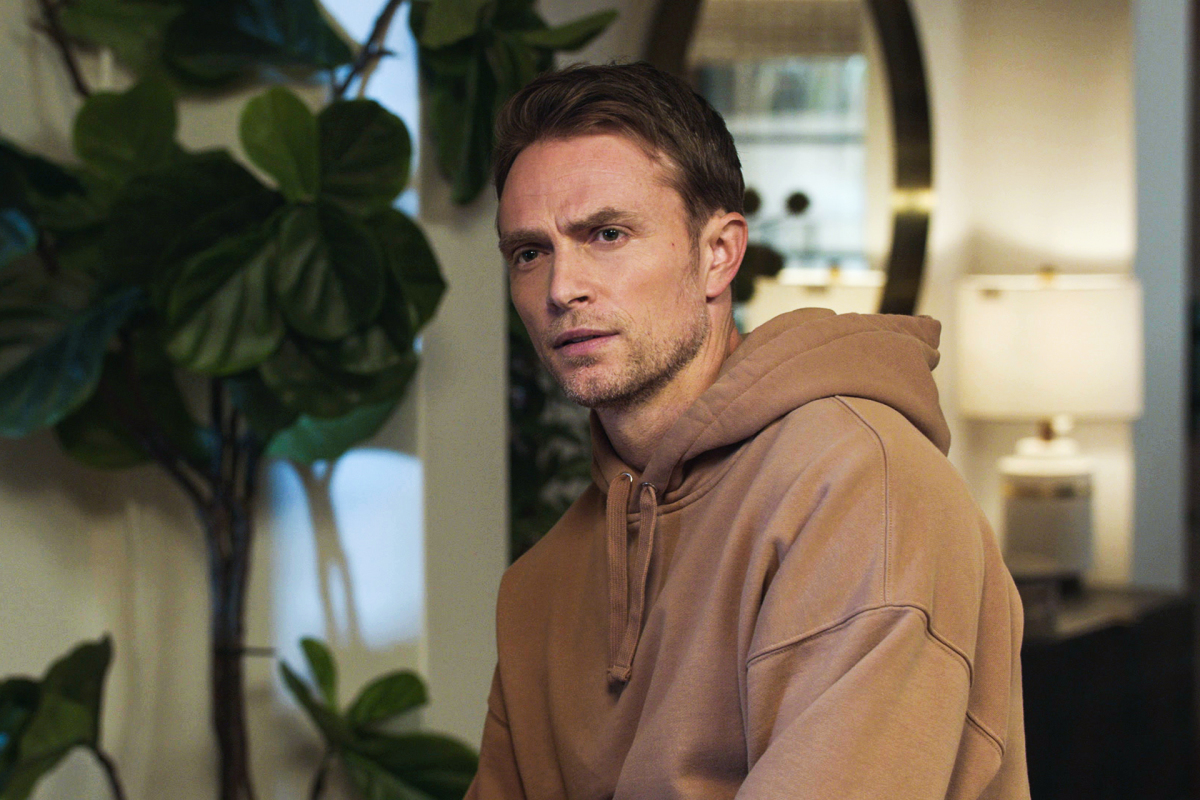 Either Rachel is going to say something, or she’s going to try and talk to Mark about it. And we’re guessing if that’s the case, then Amy is going to walk in on the conversation or at least enough of it to become suspicious. Either way, we’re sure that Amy is going to find out eventually. And the longer it takes for her to find out, the worse it’s going to be. We are definitely foreseeing a breakup in their future and we’re upset about it. We love the two of them together and we’ve really loved watching their relationship blossom. And we really hoped that we wouldn’t have to see them deal with things like this. Another thing we’re disappointed to be wrong about.

We didn’t know whether we should be mad or laugh at the situation with Laski. So we went with a mixture of both. He frustrated us from the moment he set foot in Lola’s office and he really didn’t need to put a stag head on the wall. That was beyond overkill. And Mark was just trying to help a friend out when he took it. But we should have known that Laski wouldn’t just let things go at that and it kind of sucked that Sherri was put into the middle of the situation. Though if anyone was going to have to figure things out and get Lola’s picture back, we don’t really think there is anyone better for the job than Sherri. And we were clearly right in thinking that since Sherri handled the whole thing like a freaking pro.

Even though we’re pretty upset about it and we blame Mark almost as much as we blame Rachel, we do feel kind of bad. Mark told Amy that he didn’t want Rachel staying with them. And he was pretty freaking quick about putting a shirt on in front of her. Rachel seemed to make herself pretty comfortable in Mark and Amy’s home and tried to tell Mark that she had seen it all before when he clearly felt uncomfortable with her seeing him without a shirt. We loved that Lola tried to step in and was upfront about the fact that Rachel needed to give Mark his space. And like we said, we know that Rachel isn’t the only one to blame, but it just feels and seems like Rachel didn’t have the best of intentions.

The relationship between Luke and Sam was more than a little tense. The fact that Sam and Emily were facing off in the courtroom certainly wasn’t helping the situation. Because Luke seemed to be far more on Emily’s side. We didn’t really know where we stood on the situation, but Luke shouldn’t have to agree with Sam’s side just because they’re in a relationship. Though he did defend Emily pretty hard and we can understand how that would piss Sam off. But Luke can’t just turn his feelings off and anyone could guess that Luke still has feelings for Emily. Though Sam made a good point that she has been putting Luke’s needs ahead of her own for far too long. 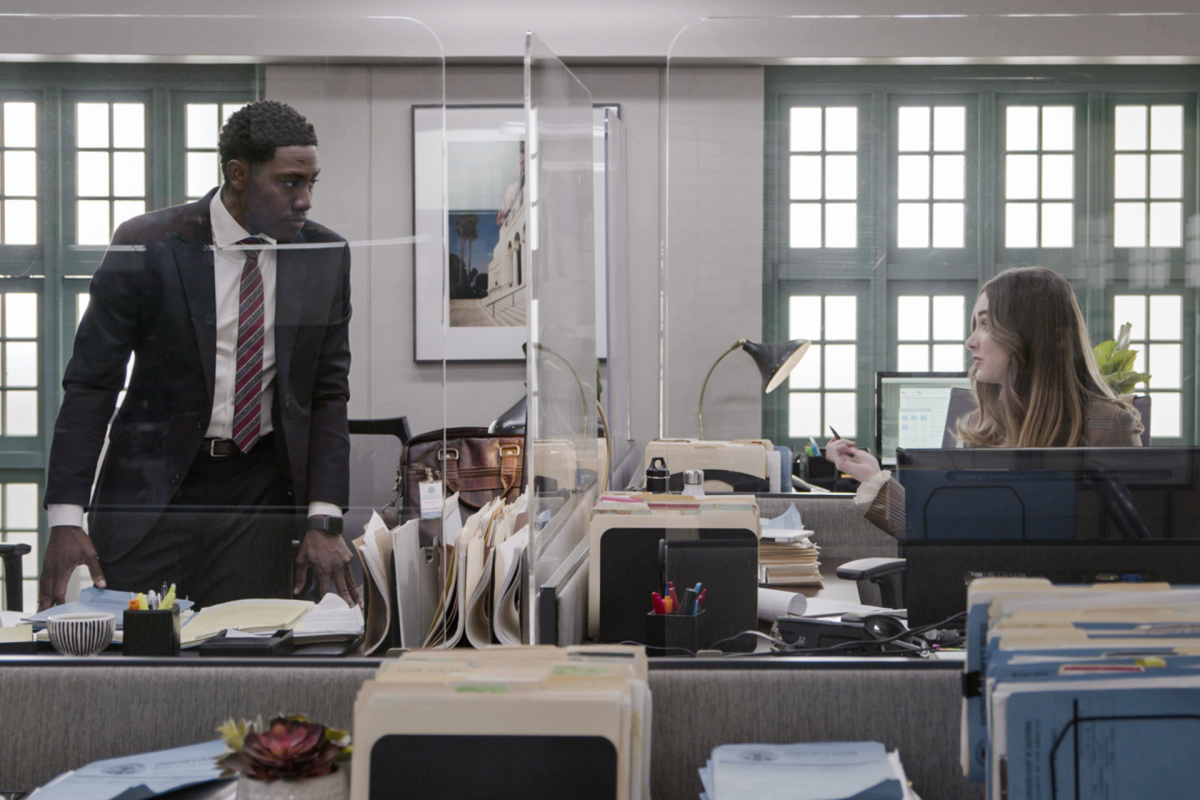 What did you think of All Rise 2×09? Were you surprised to see Sam and Luke break up? Or did you see it coming? Do you think they will get back together or are they done for good? What about Emily and Joaquin? They seem to be in a good place right now. But do you think that will continue? When do you think Lola is going to be coming back to work? How do you feel about the situation between Mark and Rachel? Do you think Amy is going to find out about the two of them kissing? If she does, what do you think her reaction to the situation is going to be? Are Mark and Amy going to break up? Find and follow us on Twitter @capeandcastle to share all of your All Rise 2×09 thoughts! Be sure to check out our site for more articles, podcasts, and quizzes on all things Disney and beyond!