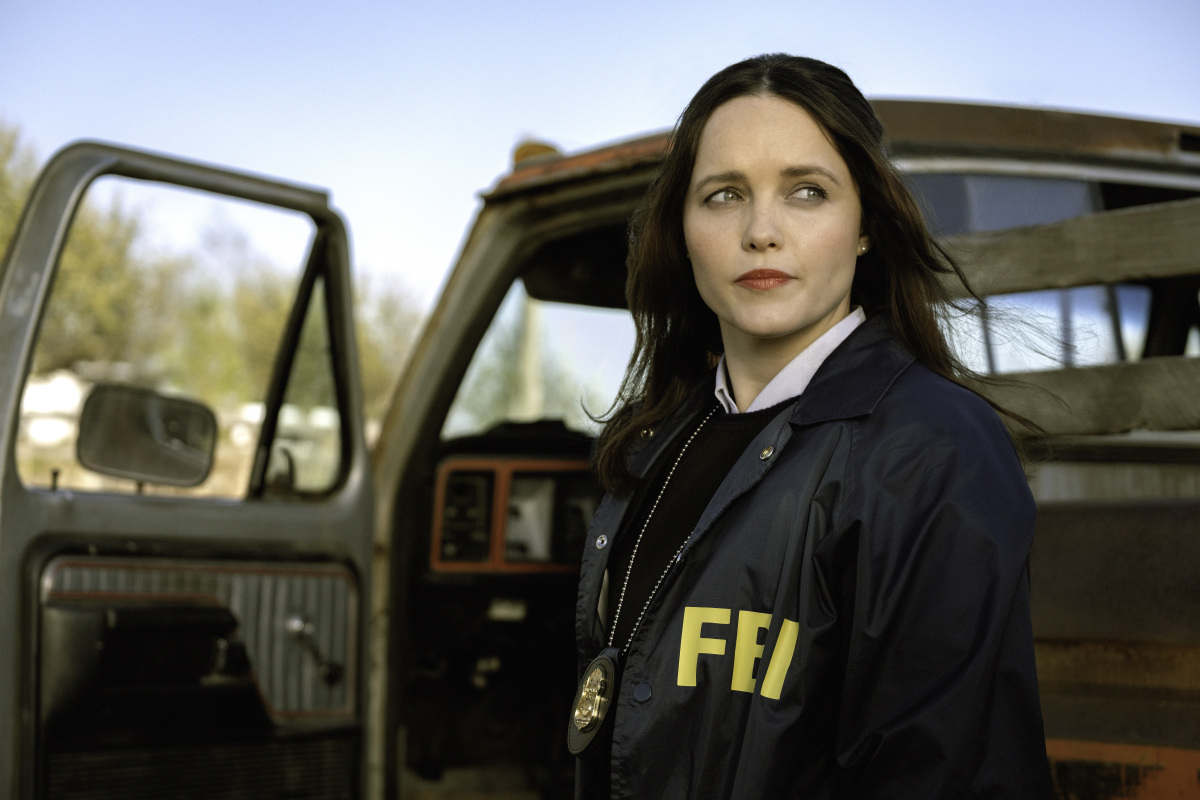 Clarice and the ViCAP team head to Tennessee to take on a militia group! But things aren’t all that they seem. And the leader of the group only wants to speak to Clarice. She is on thin ice with her boss as it is. Thin enough that he wants to transfer her out of ViCAP before she’s even really begun! But the way she handles the militia may just have put a pin in that happening. At least for now. As long as Clarice learns how to start trusting the others on her team so that they can trust her back! So keep reading for our Clarice 1×02 review!

We already made it clear in the first episode that we are in love with Tomas. But he made us love him even more in this episode. The way he spoke about trust with Clarice was so on point. And there was so much real emotion behind his words. It’s clear that Tomas has had his own fair share of trauma and learned from it. But his advice was something that Clarice really needed to hear. It was an added bonus that it came from just about the only person on the team to treat Clarice with kindness and respect. The developing friendship between these two isn’t just something that we can get behind, it’s something that we are already behind. We’re going to need more! 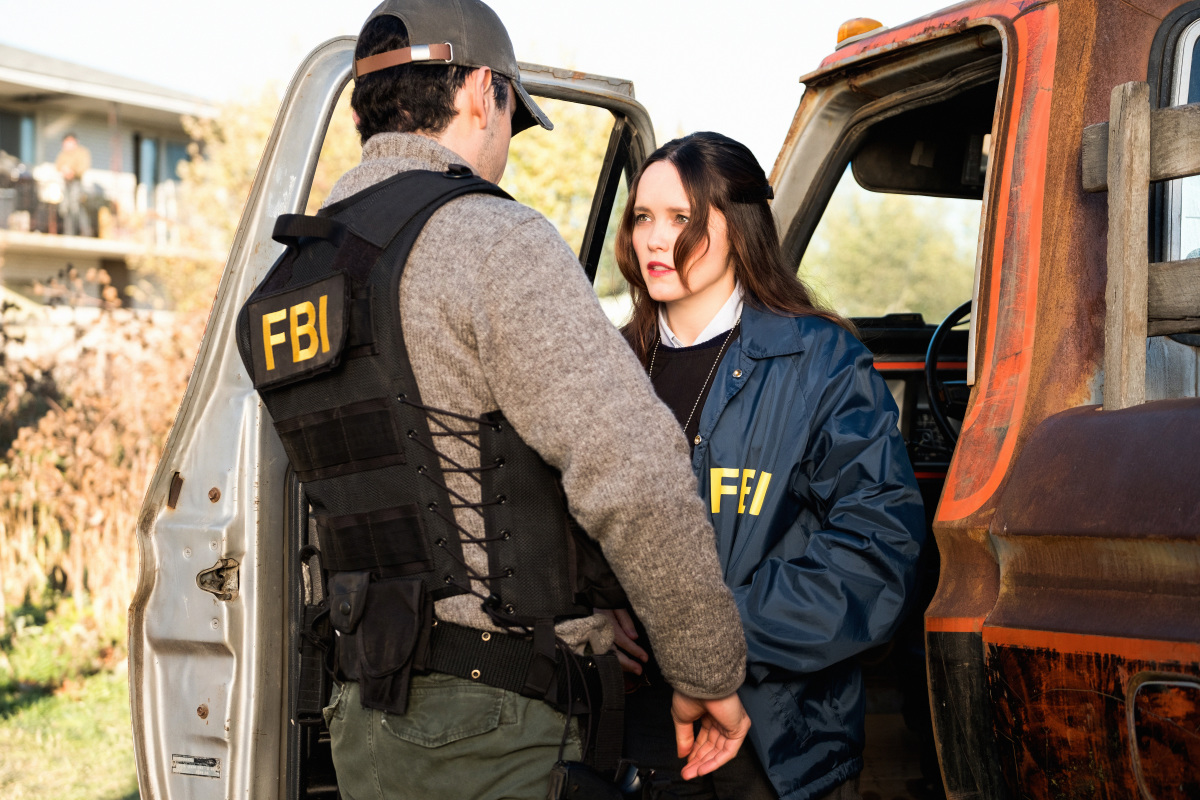 But, in all seriousness, Clarice does need to trust the team. We know that’s easier said than done and that she’s been through some unimaginable shit. And it’s understandable that she’s going to struggle. But we don’t want to see her or anyone else on the team get hurt. So while we absolutely hated to agree with anything negative about Clarice, we do agree that if she can’t focus and trust the team, someone could get hurt. We definitely don’t want to see that happen. Though we still think her boss is a jerk. Sure, we can see how in her boss’s eyes, Clarice made a mistake at the press conference. But she was just being honest and speaking to the best of her knowledge.

Getting glimpses of Buffalo Bill and what Clarice went through during that case, is such a tease! Sure, we know what the other adaptations did and we’re sure this one is going to follow it closely. But we love to see Clarice kicking ass! And we’re sure it will help us gain some insight into who Clarice is now. That’s one of the things we love the most about this show so far. We know what happened with Hannibal, but we’re really enjoying seeing what’s happening away from him. Clarice is good at her job and she isn’t a one-hit-wonder. Catching Buffalo Bill wasn’t luck and it wasn’t solely because of information she gained from Hannibal. It was Clarice and her skill and we are loving that she gets to shine once again.

Clarice really showed her skills when dealing with Lucas and Rowan. While Paul wanted to pull her and send her away as soon as the case was closed, we had more faith in Clarice than that. We knew that if she was just given a chance, she would be able to bring the bad guys down and expose Rowan as being a dirty sheriff while she was at it. And she did an amazing job. Paul should have admitted that she kicked some serious ass. With the help of her team, of course. That was a damn incredible shot made by Tomas! This is exactly why every member of this team learns how to trust one another. So they can have each other’s backs and save each other’s asses!

The situation with the militia group definitely had us on edge. But then to find out that the young boy was the one that kicked things off? That just had us feeling bad for him. He was just asking for help and that was the only way he could think of to do it. Honestly, it was a job well done. It can’t be denied that the boy’s actions brought attention to the group. And the leader really needed to be brought down. What a total creeper! Not that we expected someone even remotely normal or upstanding. But that guy was even worse than what we had imagined. Though the sheriff wasn’t any better! And it was so frustrating watching as he almost got away with his involvement. But Clarice and the team got him! 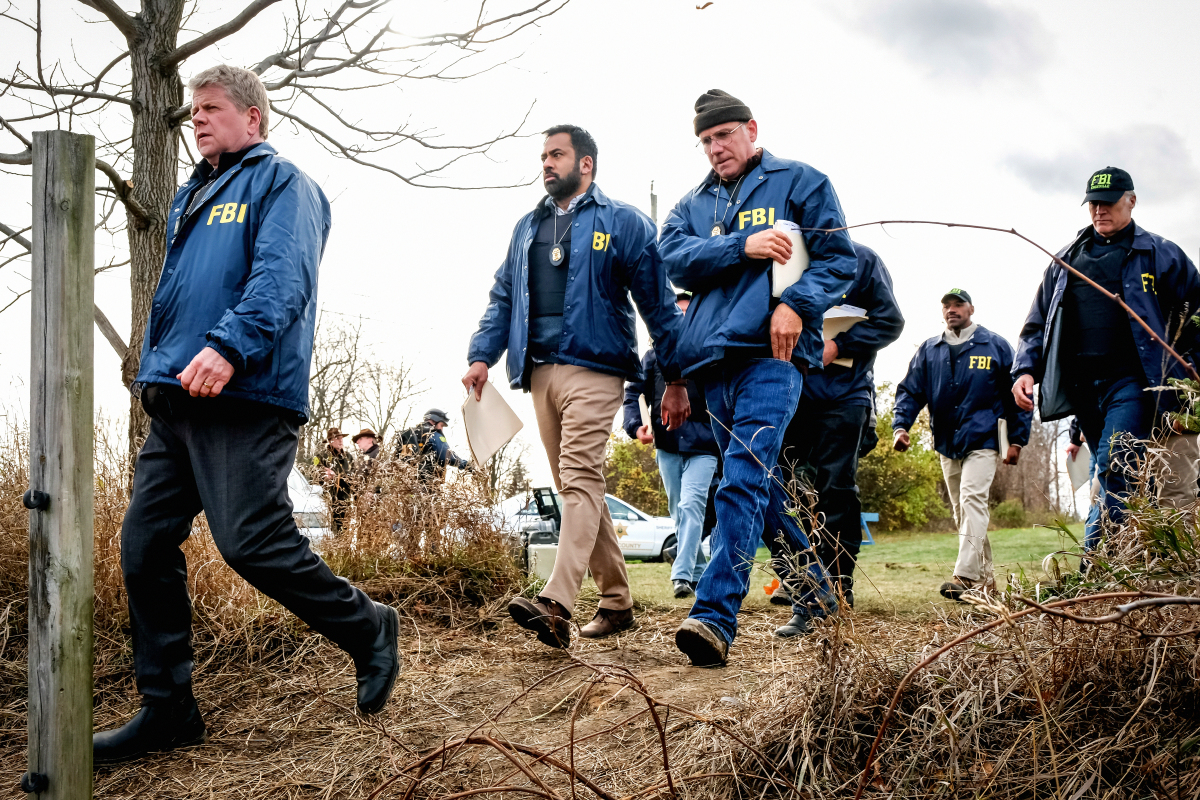 What did you think of Clarice 1×02? Do you think that Clarice is going to be able to learn to trust her team? Or is she going to continue to be standoffish with them? What did you think about the militia and the boy clearly crying out for help? Do you think ViCAP and the other agencies handled the situation the right way? Or was there a better way? Did you agree with what Clarice said in the press conference? Did her boss have a point? Do you think we’ll see more of Buffalo Bill and what happened when Clarice brought him in? Find and follow us on Twitter @capeandcastle to share all of your Clarice 1×02 thoughts! Be sure to check out our site for more articles, podcasts, and more on all things Disney and beyond!