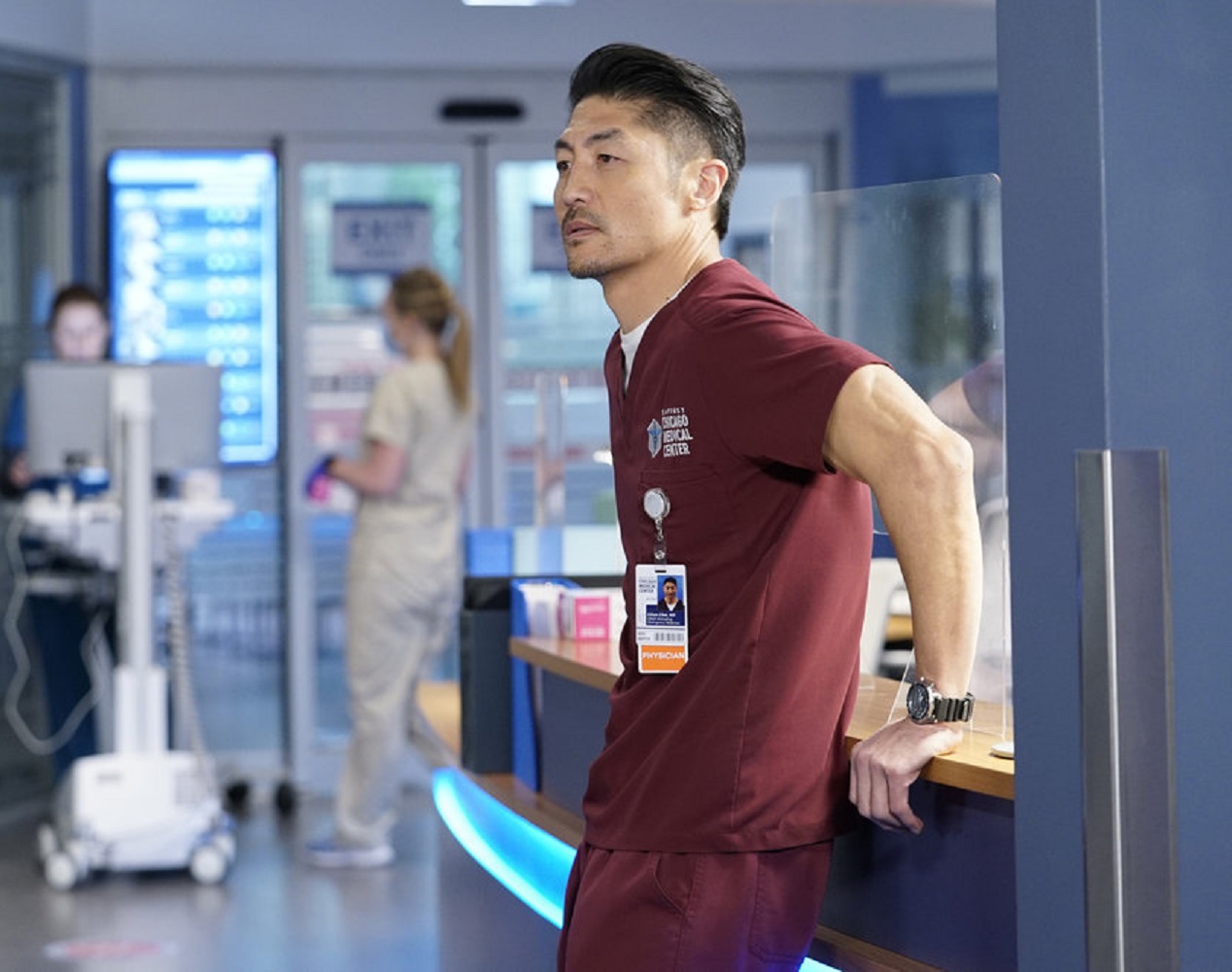 It’s an episode all about breaking rules! But isn’t it kind of always? Will makes some pretty deceitful moves to make sure the clinical trials continue! And Ethan makes a poor decision when it comes to his health and his new position, definitely resulting in some broken rules! Meanwhile, Natalie and Crockett only seem to be getting closer and Maggie and Ben are at risk of losing Auggie! So keep reading for my Chicago Med 6×07 review!

I have no doubts that Will generally has good intentions. But he was being so deceptive with his drug trial in this episode! And once again it was the perfect example of doctors at med breaking the rules and facing no real consequences. Yes, Will did end up helping Vera. But he went behind Sabeena’s back and the company’s back. So did the ends really justify the means? Will did find out what was going on with Vera. And it had nothing to do with the drug trial. But why couldn’t Will have just told Sabeena what was going on? 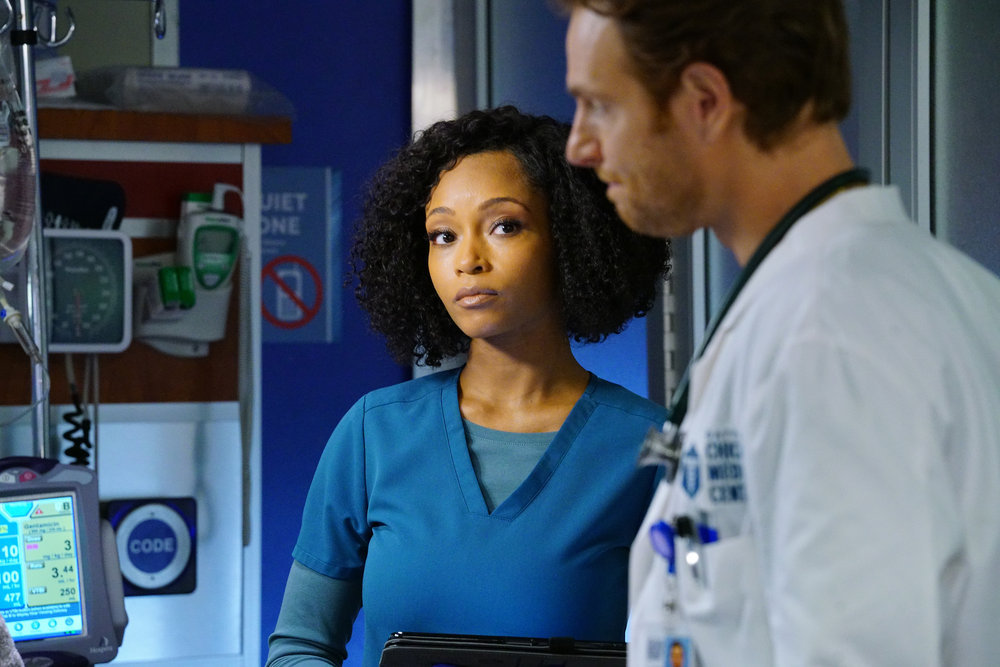 I don’t know much about drug trials but would they really have pulled the whole thing? Without looking deeper and finding what was going on with Vera? I would like to think they would look deeper into what was happening with her instead of just assuming it was the clinical trial and pulling the plug. So it begs the question of whether or not Will really had to go about things in an unethical manner in the first place. If Sabeena ever finds out what he did, their relationship is going to go out the window. And I have no doubt she will eventually find out.

Will was not the only one breaking the rules. What a shocker! Ethan was also doing a pretty good job of breaking them and putting himself and others at risk. I guess it could be considered commendable to return to work quicker than expected after surgery. But for Ethan to return to work after having his gallbladder out that morning? That’s just crazy. And dangerous. Shown by Ethan collapsing at work. Right in the ED. But Ethan thought the best decision with his new position was to come to work. A position that is clearly stressing and tiring Ethan out.

I’m happy that Ethan got the promotion and I do think that he does an overall good job in the position. But no job is worth your own health. And it’s not worth putting yourself or those around you in danger. There’s no way Ethan was thinking clearly before he passed out. What if he had made a decision that caused irreparable damage? I really don’t think Ethan would have been able to forgive himself if that had happened. So I’m hoping this has maybe opened his eyes at least a little bit that he needs to slow down and not push himself so hard. Ethan got the position because he deserved it.

Crockett has really grown on me, I’m not going to lie. At first, I was against him because it felt like he was just a replacement for Connor. And I loved Connor so much that I refused to accept any kind of replacement. But Crockett is a completely different character and the more I’ve been able to learn about him, the more I like him. And while a part of me will always want Will and Natalie together, I do have to admit that she and Crockett make a pretty good couple. Also, how dare Chicago Med even think about taking Auggie away from Maggie and Ben. I refuse to accept that. It’s just not going to happen. 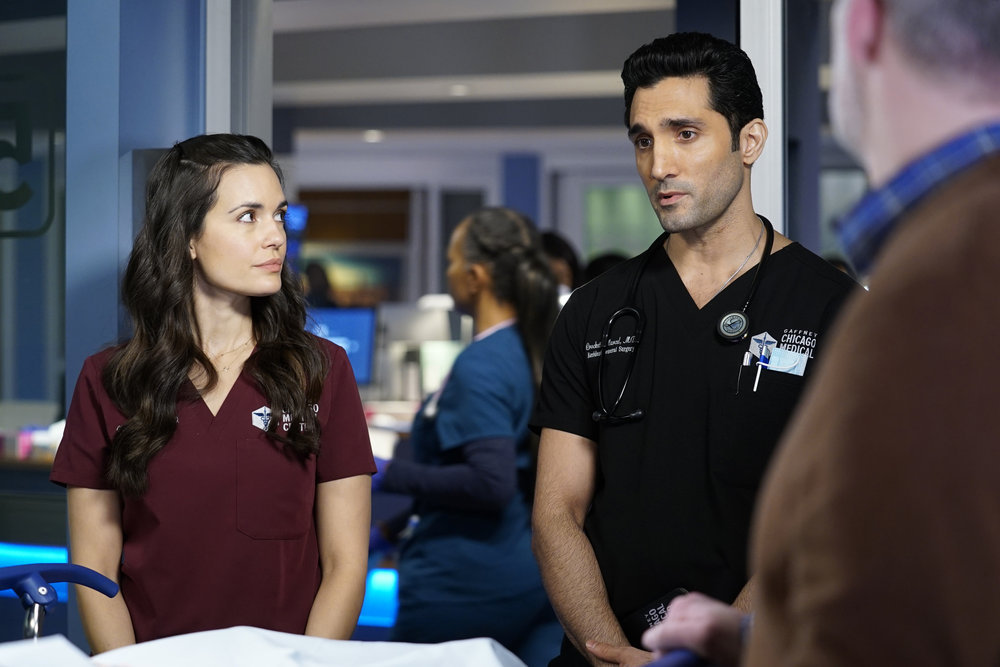 What did you think of Chicago Med 6×07? Did you agree with the way Will broke the rules in order to keep the trial going? Or did he cross a line? What did you think about the way Ethan handled his gallbladder surgery? Do you like seeing Natalie and Crockett together? Will Maggie and Ben be able to adopt Auggie? Or will he be taken away from them? Find and follow us on Twitter @capeandcastle to share all of your Chicago Med 6×07 thoughts with us! Be sure to check out our site for more content on all things Disney and beyond!