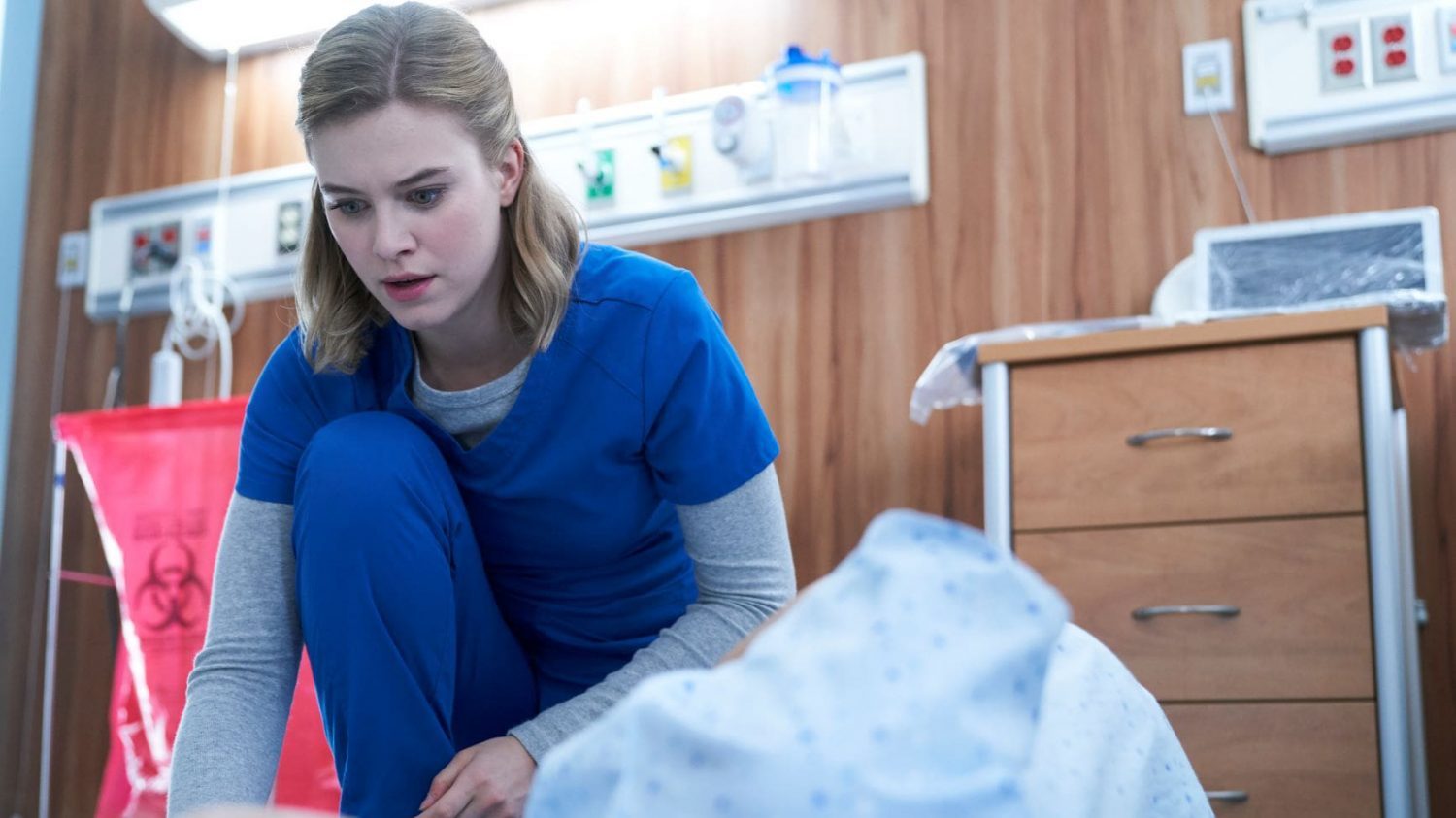 Things for Grace have gotten to the point where it’s time for her to decide what she wants to do. If she stays quiet, there is a very good chance that she will be fired from her job. But if she speaks up, there is still a good chance that she could be fired. The difference is that with speaking up, comes the chance for justice. And this episode shows her making that decision. But it also shows the other nurses making decisions of their own! So keep reading for our Nurses 1×09 review!

Grace found out that she was up for an intense review and clearly knew why. While Evan told her that it was random, Grace knew differently. And so did we. But Evan also seemed to sense that something was off with Grace and tried to reassure her that she had absolutely nothing to worry about because she’s a great nurse. We really wanted her to open up to Evan and let him know how she knew she wasn’t chosen randomly and why she was so concerned. Because she had every reason to be. Hamilton was making his moves and it was time for Grace to make her own. 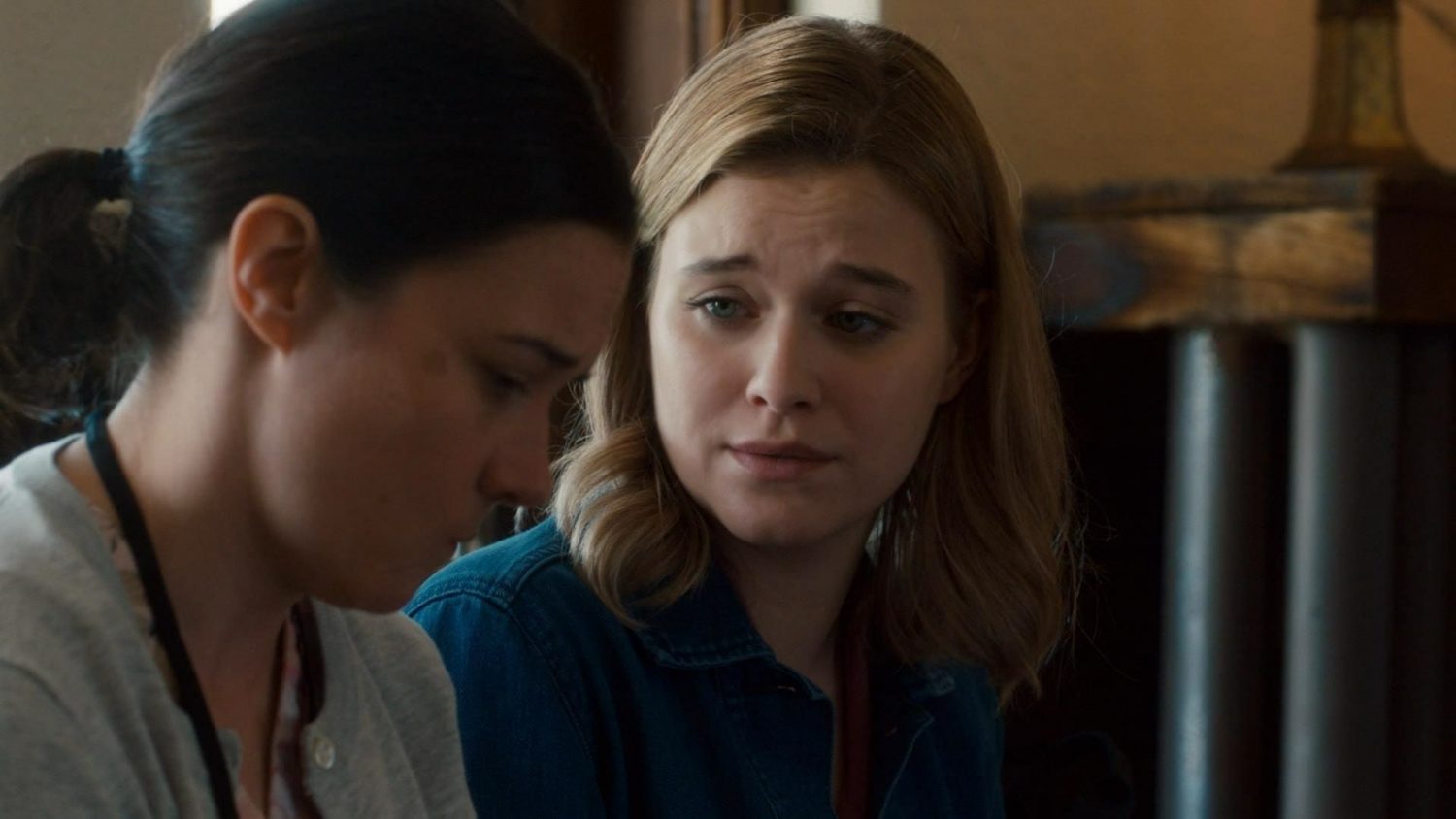 We couldn’t stop ourselves from cheering for her at the end if we tried. Not that we did try. Because this was a long time coming. Not only did she get someone else who had experienced abuse from Hamilton, thanks to Kabir, but she also had made pretty good friends with a journalist. And while we were appreciative of Kabir helping Grace out. We really don’t think his intentions were completely noble. Especially since when he whispered to Grace, it kind of sounded like he was admitting that he knew what had really happened to her at the General. We really hope we don’t see him again. Sorry, not sorry, Kabir.

Naz did an amazing job with her patient and we were so unbelievably proud of her. When she feared that her patient could potentially be suicidal and went straight to Evan, we knew it wasn’t easy. But we also knew that it was the right thing to do. And she could have walked away at that point. Instead, she chose to not only stay and support her patient but go above and beyond to help her instead. It’s amazing what the mind can do and we love that Naz found a way to give her patient some relief and comfort.

When Kabir came into the ER, Ashley absolutely could have avoided telling Grace. Especially since Grace had blocked his number. But she chose to let her know instead and we’ll admit we were worried. Grace took it as an opportunity to make it as clear as possible to Kabir that they were over. Which was perfect timing since the dude was having a panic attack. On his wedding day. And his fiancee made an appearance. Now, should Grace have used Evan to make her point by asking him out right in front of Kabir? Probably not. But are we really upset that she did it? Also no. Because we know that they were going to go on that date anyway. Grace just chose to ask him in front of Kabir.

Wolf got handed a frequent flyer. And we know that hypochondria can actually be a serious issue and we aren’t trying to imply that it isn’t. But we had a really hard time not laughing at how Gloria kept insisting that she couldn’t hear while answering questions that were asked of her. Come on. It was a little funny. And it only got funnier when Wolf tried to bring Evan in on it to help. The poor guy just really had to pee. He needed three minutes to himself and it was clear that he was not going to be getting it on this shift. We can’t be held responsible for laughing. Besides, Wolf dug deeper and discovered the cause of Gloria’s hypochondria was related to her husband passing away. 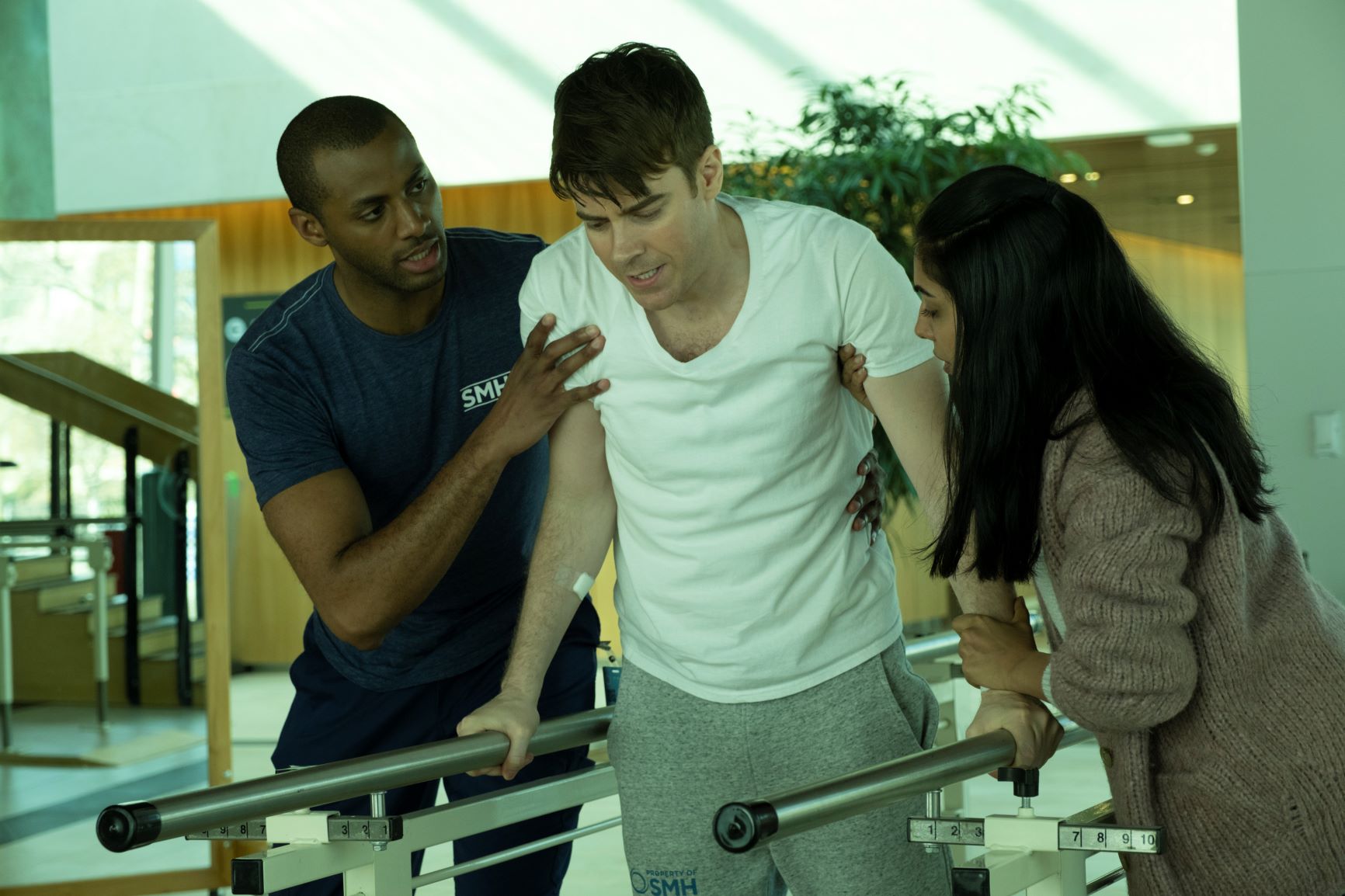 Then we had Keon, Vanessa, and their relationship. That apparently was never supposed to be anything more than a hookup. Which clearly hurt Keon. On top of him dealing with a patient coming out of his coma and not remembering his fiancee at all. But he remembered his parents and every other part of his life. That one was a heartbreaker without a happy ending. Do you think Grace will be able to bring Hamilton down? What about her job? Will it be at risk or will everything turn out okay for Grace in the end? Do you think that she and Evan will finally go on a real date? Are Vanessa and Keon over? Find and follow us on Twitter @capeandcastle to let us know all your thoughts on Nurses 1×09! And be sure to check out our site for more articles on all things Disney and beyond!