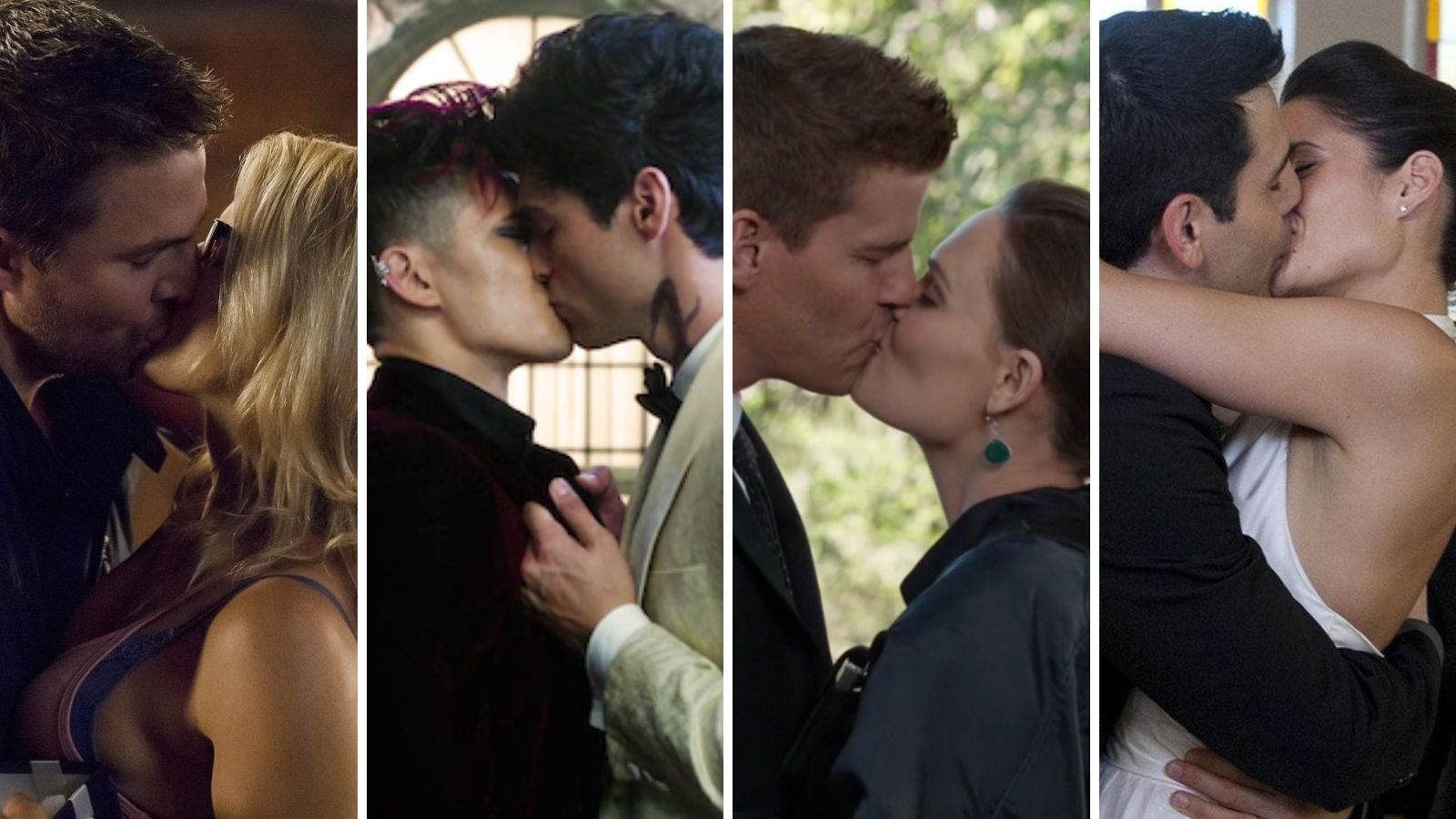 Who doesn’t love a happily ever after? We know we do! And what better way to celebrate Valentine’s Day than by celebrating some of our favorite TV ships that sailed off into the sunset. While their shows may be over, we will continue to go back and rewatch them again and again just to relive their beautiful love stories. So keep reading below to lose yourself in a bit of sappy romantic TV couple feels! Also, these aren’t in any particular order! It’s just a small collection of some of the ships we love that got their happy endings!

As if we aren’t going to take this opportunity to discuss one of our all-time favorite couples! Oliver and Felicity had a beautiful love story full of passion, support, and the occasional breakup thrown in to add some frustrating drama. While it was a little bit of a slow burn, we didn’t have to wait too many seasons before Olicity set sail!

Images via The CW

From their epic first kiss to saving each other’s ass, an incredibly romantic proposal, a fake wedding, a real wedding, kids, and even meeting in the afterlife. Their relationship was as much of a journey as the entirety of Arrow. They made us laugh, swoon, sob uncontrollably, and left us in ugly tears. It was quite an adventure!

We will always love Shadowhunters! And while we are still sad that we didn’t get more seasons, we do have a lot of love to look back on the show with. And that definitely includes Malec! We’re grinning just thinking about them. From the moment they met, even if you didn’t read the books, you knew those two were endgame. 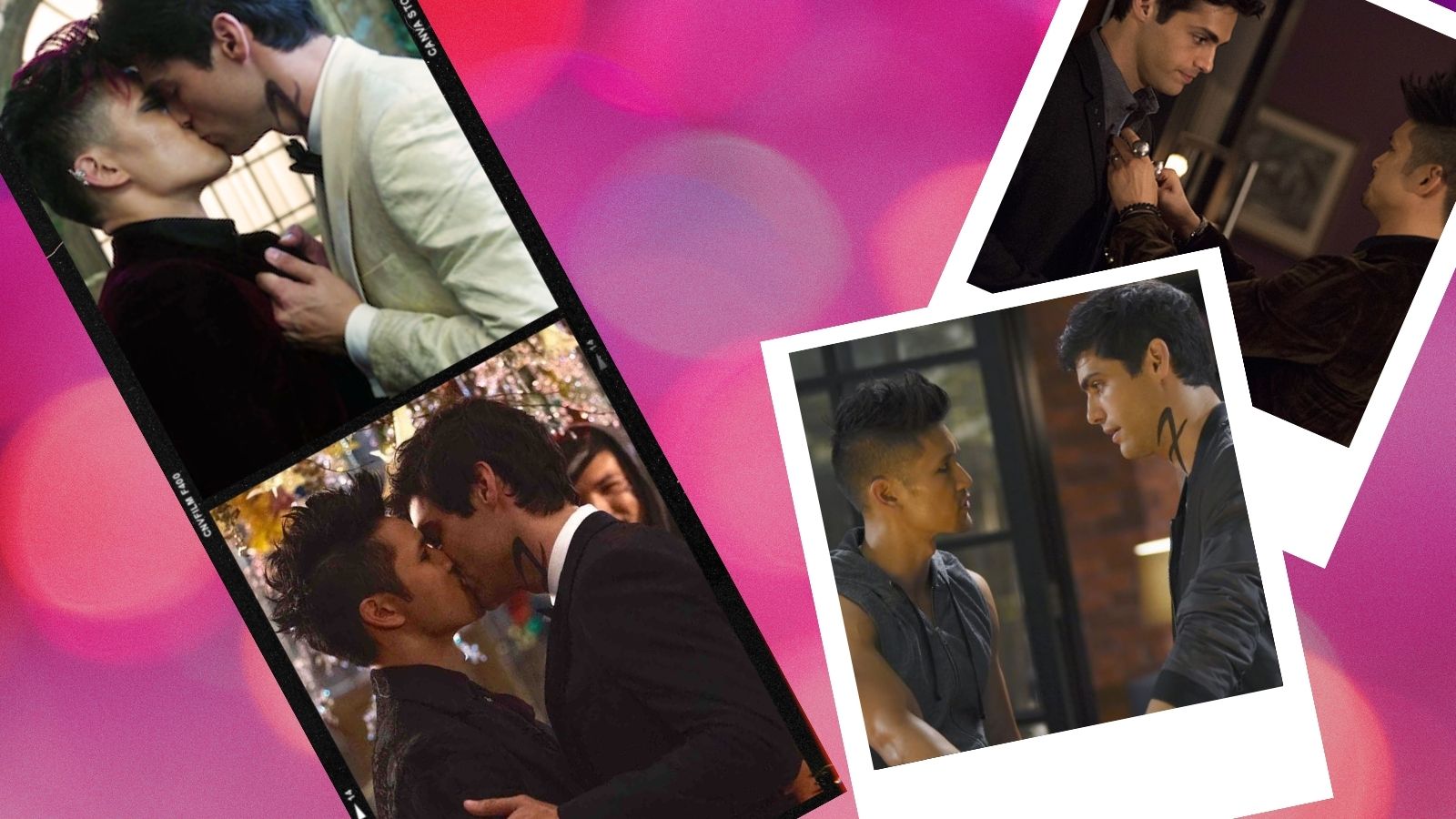 From that first epic kiss at what was supposed to be Alec’s wedding to someone else, to the amazing Malec kiss at their own wedding, and every kiss in between. We will never stop rewatching their love story!

Okay, now this one was a slow burn. Wow! It got to the point where we started to wonder if this Bones couple was ever going to figure things out and get together! 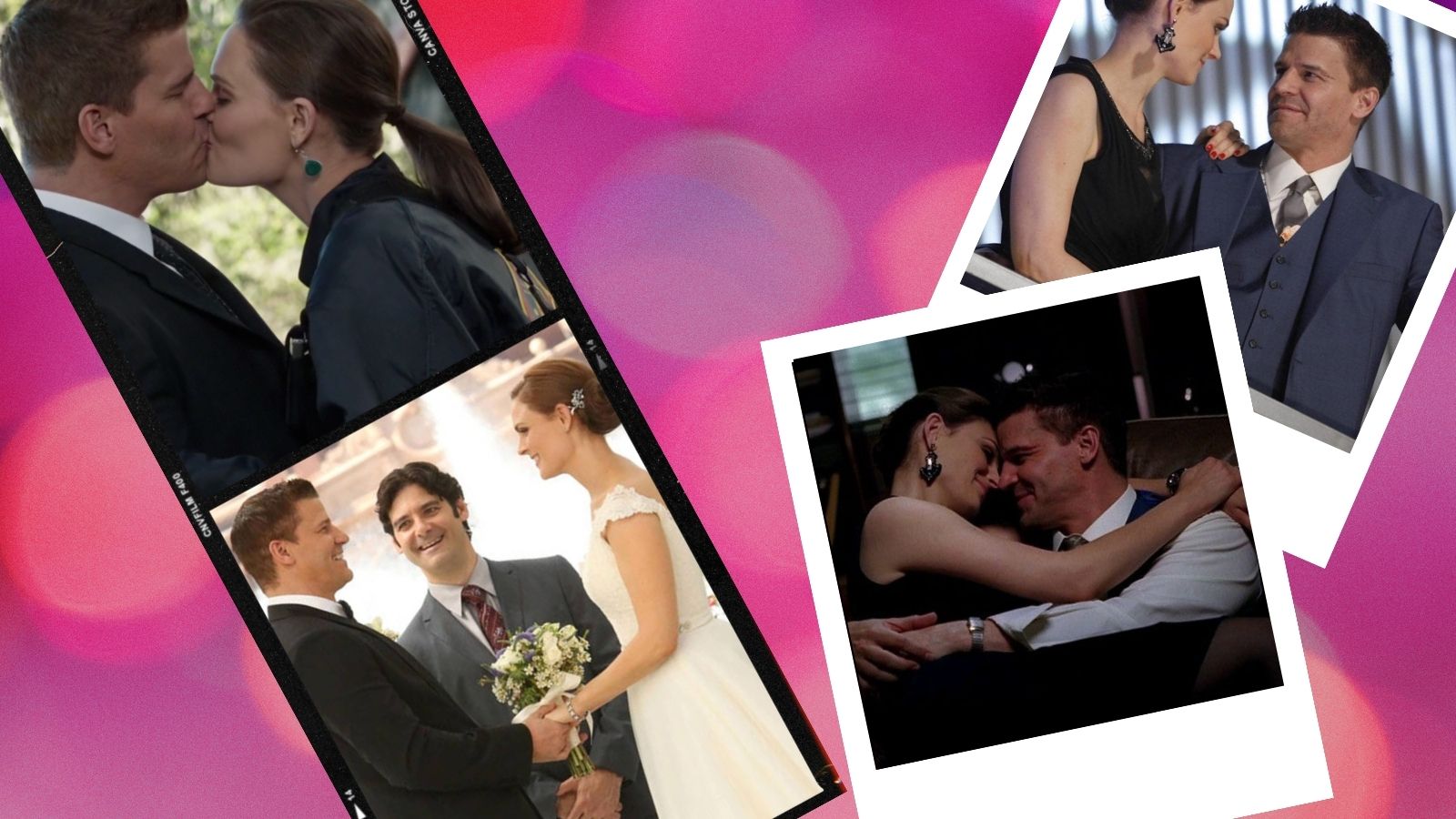 But when they did. Wow! They had our hearts all aflutter every single time they were in a scene together. Partners on the job and off, these two were a perfect match. They constantly brought out the best in each other and we love to see that in our ships!

Schmidt and Cece’s story plays out like an incredible romcom movie. With plenty of times one of them (usually Schmidt) had us shaking our heads in disappointment. But they got it right in the end and we are so happy they got their happily ever after. 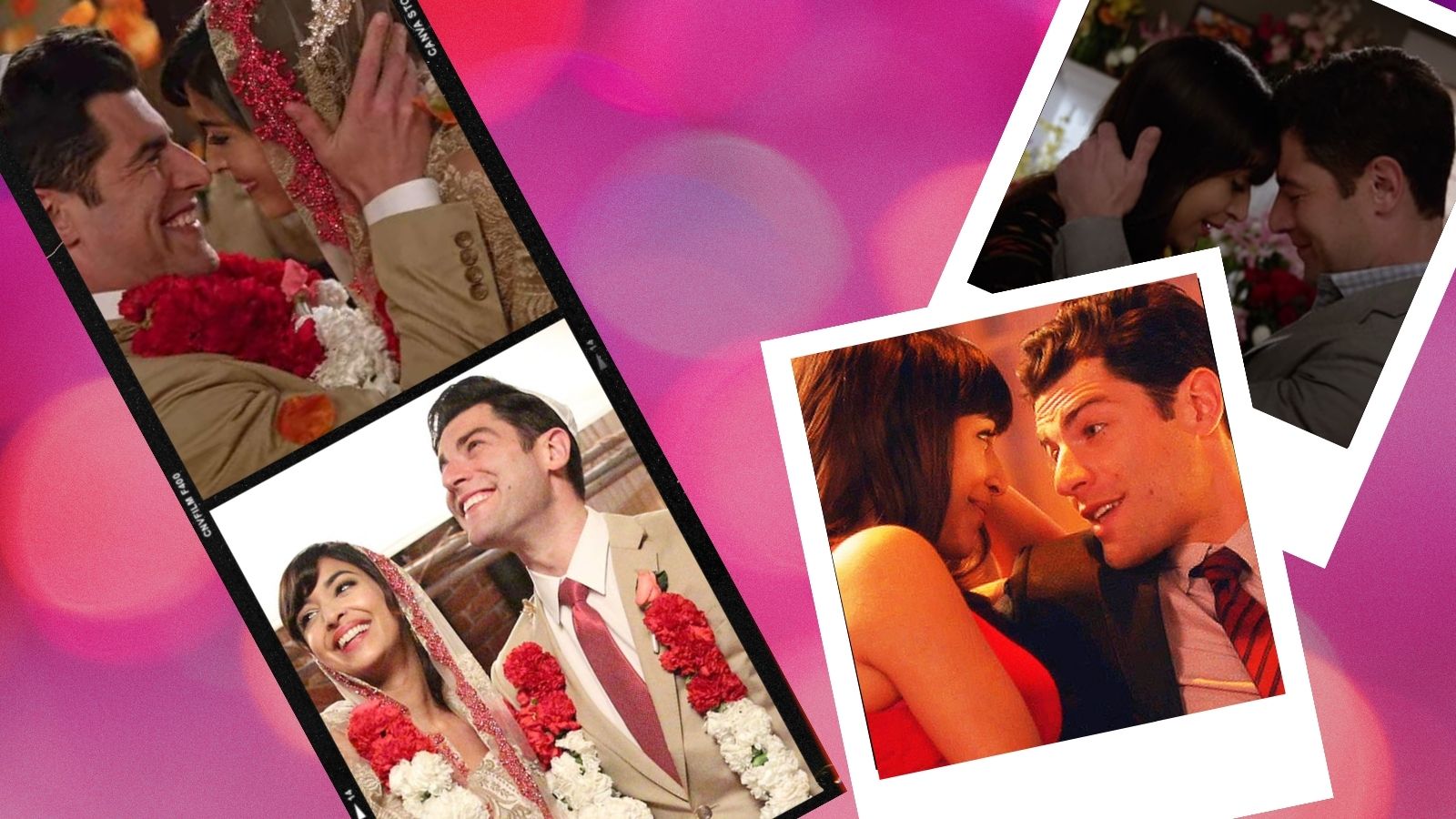 The show was about Jess, and while we loved her, we’ve got to be honest. Usually, our main focus was on Schmidt and Cece as we kept hoping they would get the chance to sail off into the sunset. And when we were rewarded with seeing them together and with a family, we’ll admit that we cried.

The OC – Seth and Summer

When we first started watching this show, we honestly didn’t see the geeky guy getting the popular girl. But we’ll admit we were a little distracted by the bad boy and the good girl. So it took a bit before we saw Seth and Summer coming. 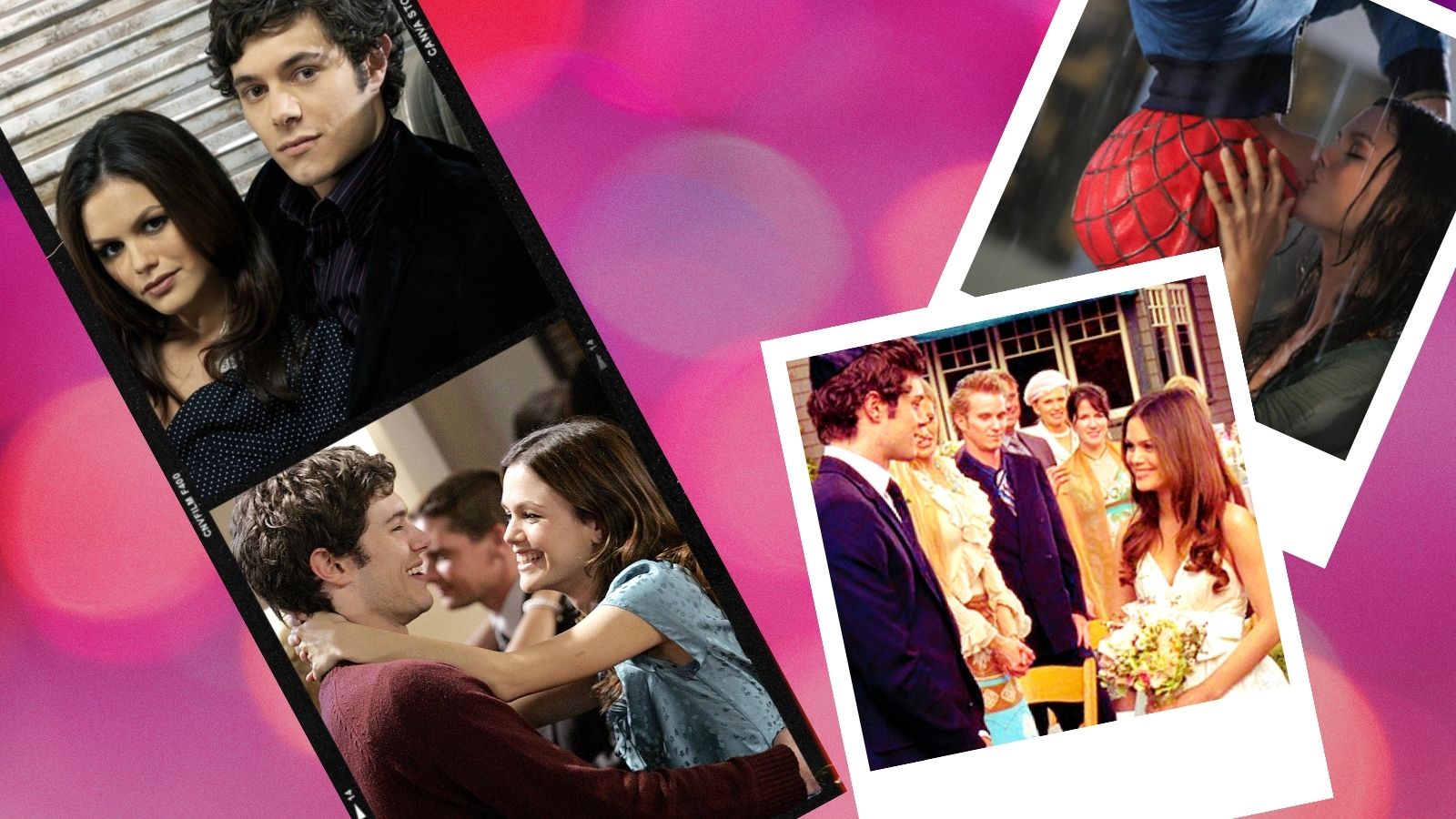 But once they showed us signs that these two were going to get together, we were goners. They were another couple that had some major missteps along the way. And there were times we worried they wouldn’t figure it out in the end. But they pulled through and will always be one of our favorite happily ever afters.

From the moment we discovered that Sam was actually a cop and not a suspect, we were shipping him with Andy. Okay, we’ll be honest. We were kind of shipping Andy with Sam from the moment they crossed paths. 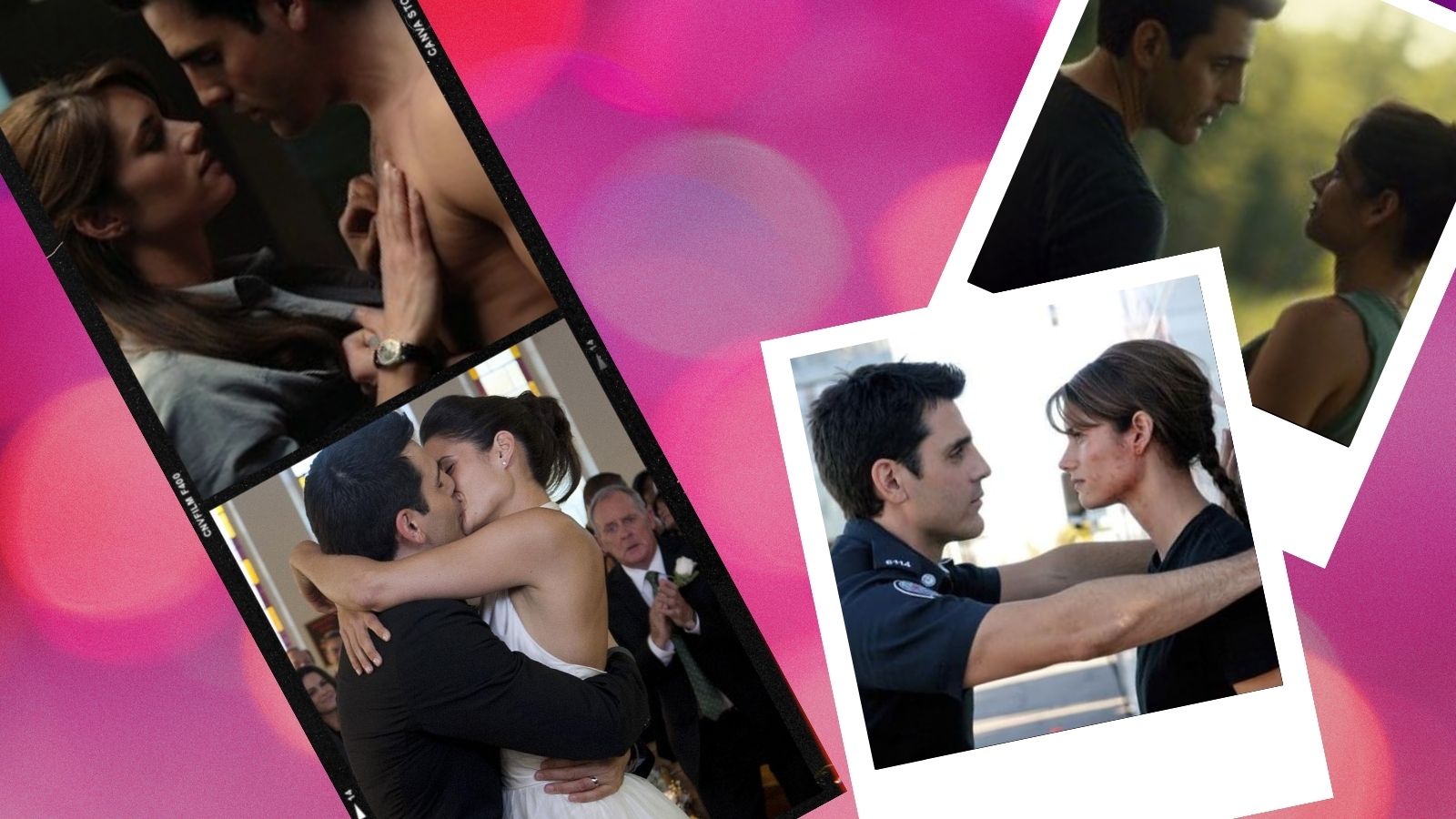 They both had a lot of walls built up and their journey to getting together was far from easy. But in the long run it was so, so worth it. And those epic moments we got between them on the way to their happy ending? *Chef’s kiss*.

How I Met Your Mother – Marshall and Lily

You didn’t think we were going to mention any other How I Met Your Mother couples, did you? Marshall and Lily were where the romance was at! They were together from before the first episode all the way through to the end of the show! 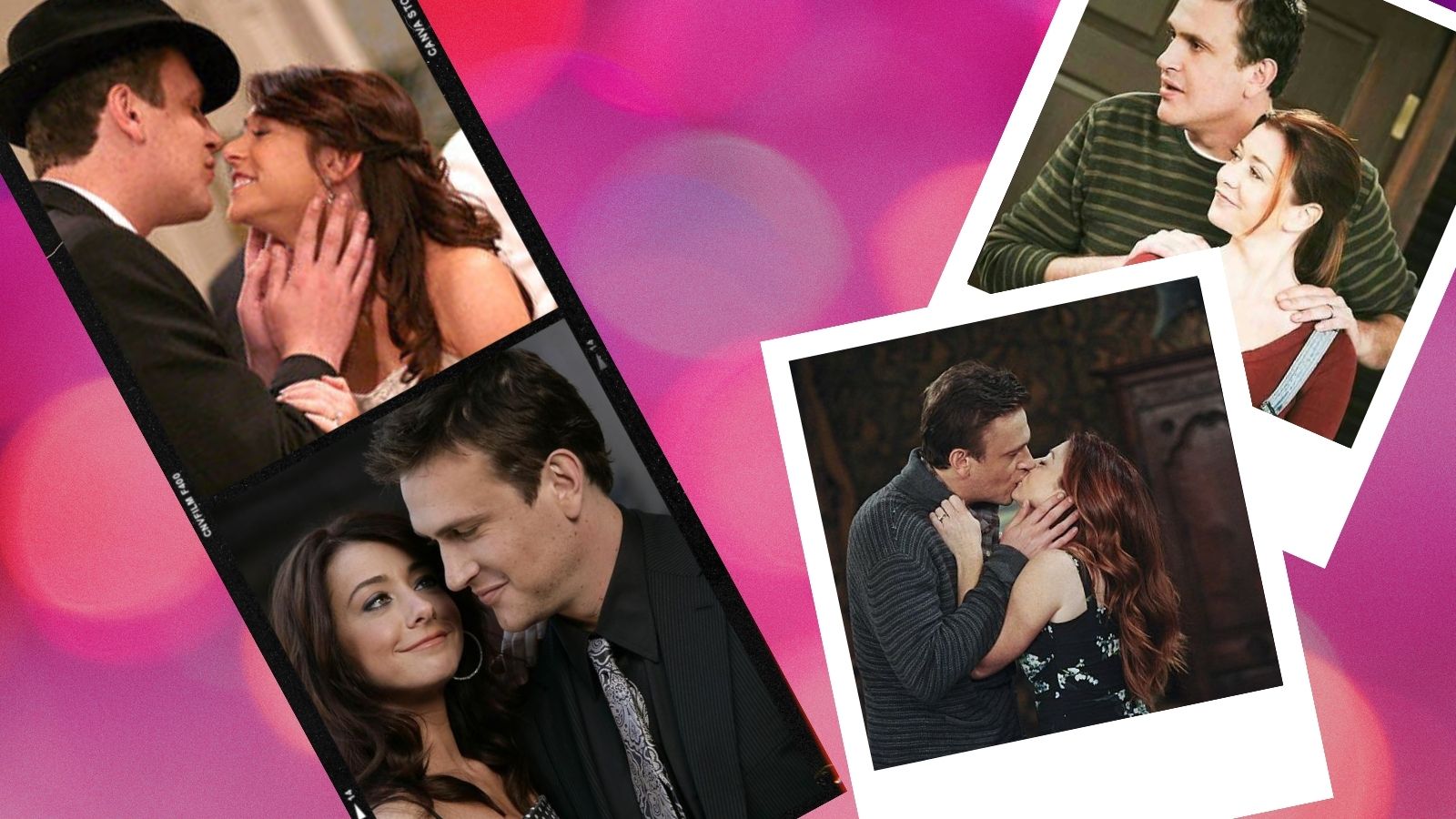 Sure, they had some minor bumps along the way, but most couples do. Their relationship always had us smiling at the obvious love between them and laughing at their antics!

The Office – Jim and Pam

Come on! You had to know that Jim and Pam were going to be on this list somewhere! Who doesn’t love those two? We know we do! 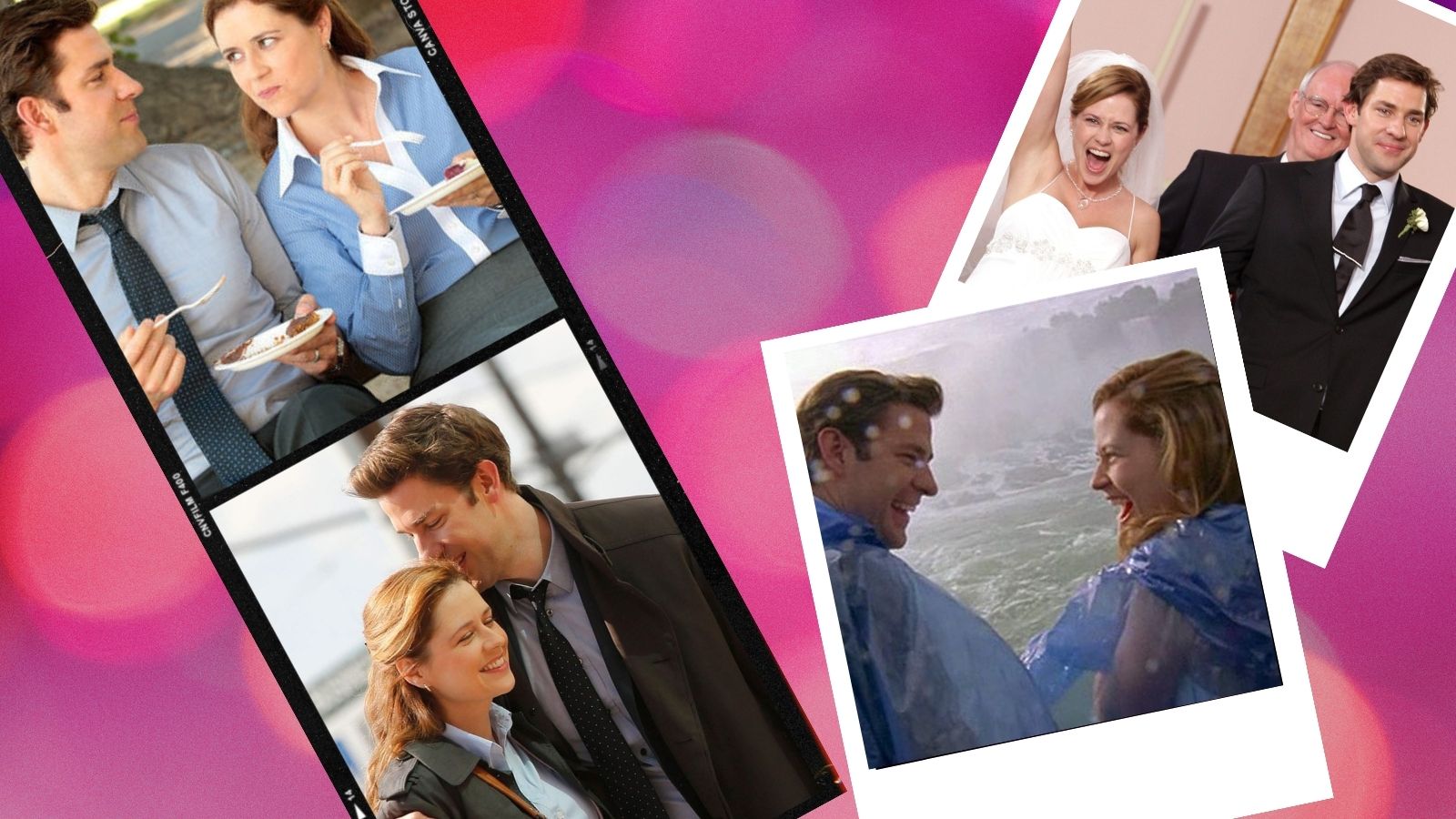 Their path to getting together was adorable! Even though we pretty much knew from day one that they were going to end up together, that didn’t take anything away from how much we loved watching their journey. Also, they had one of the most fun TV weddings ever!

There doesn’t seem like a better couple to leave things off with than Mitch and Cam. This was another couple that was already together when the series began. And to be honest, we think they were our favorite couple on the show. And that’s saying something. Because Modern Family had some pretty kickass and incredible couples. But these two always gave us the feels. Every single episode had us rooting for them! 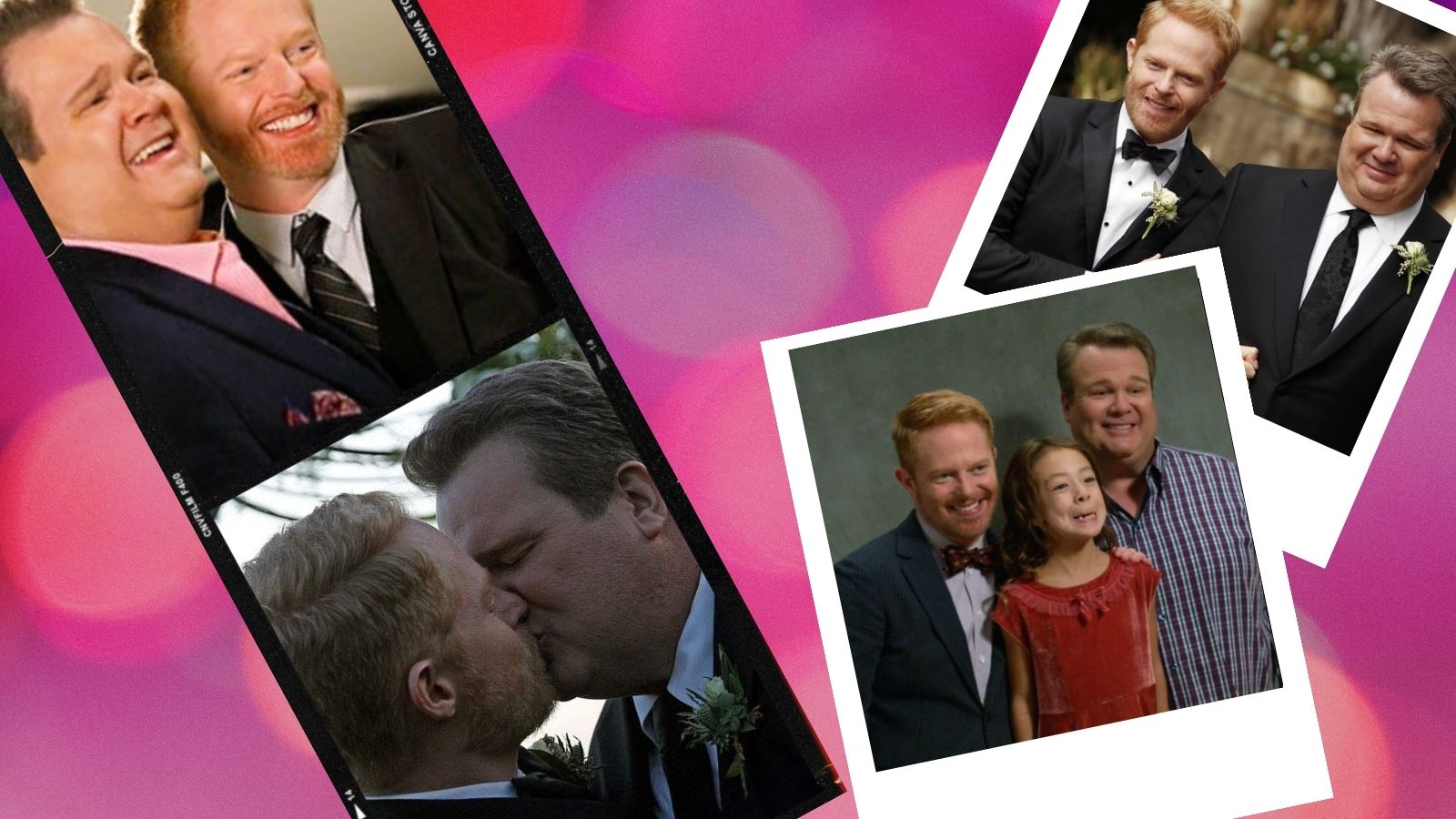 We could honestly go on all day. Who knew there were so many couples we’ve been lucky enough to see ride off into the sunset? Was one of these couples your favorite? Or is there another couple that you will rewatch their story again and again? Find and follow us on Twitter @capeandcastle and let us know which couple’s love story you’ll be rewatching this Valentine’s Day! Be sure to check out our site for more articles, quizzes, and more on all things Disney and beyond! 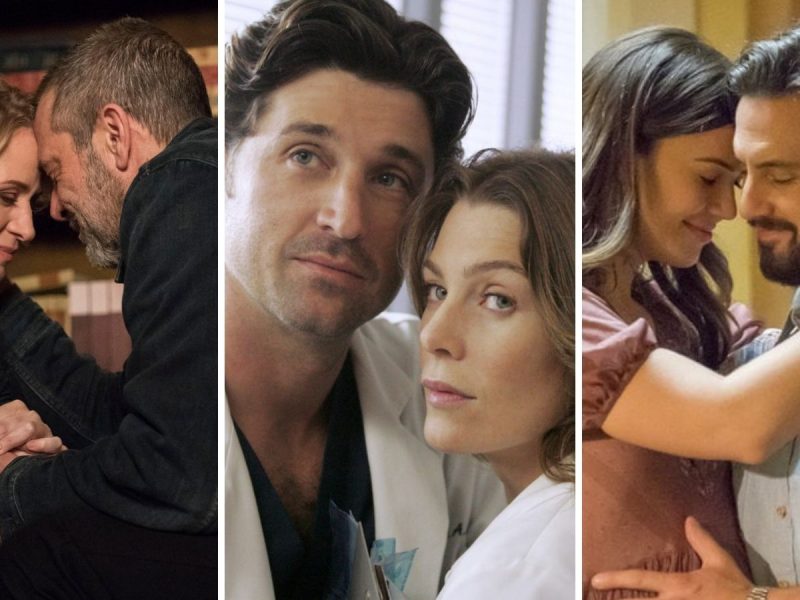