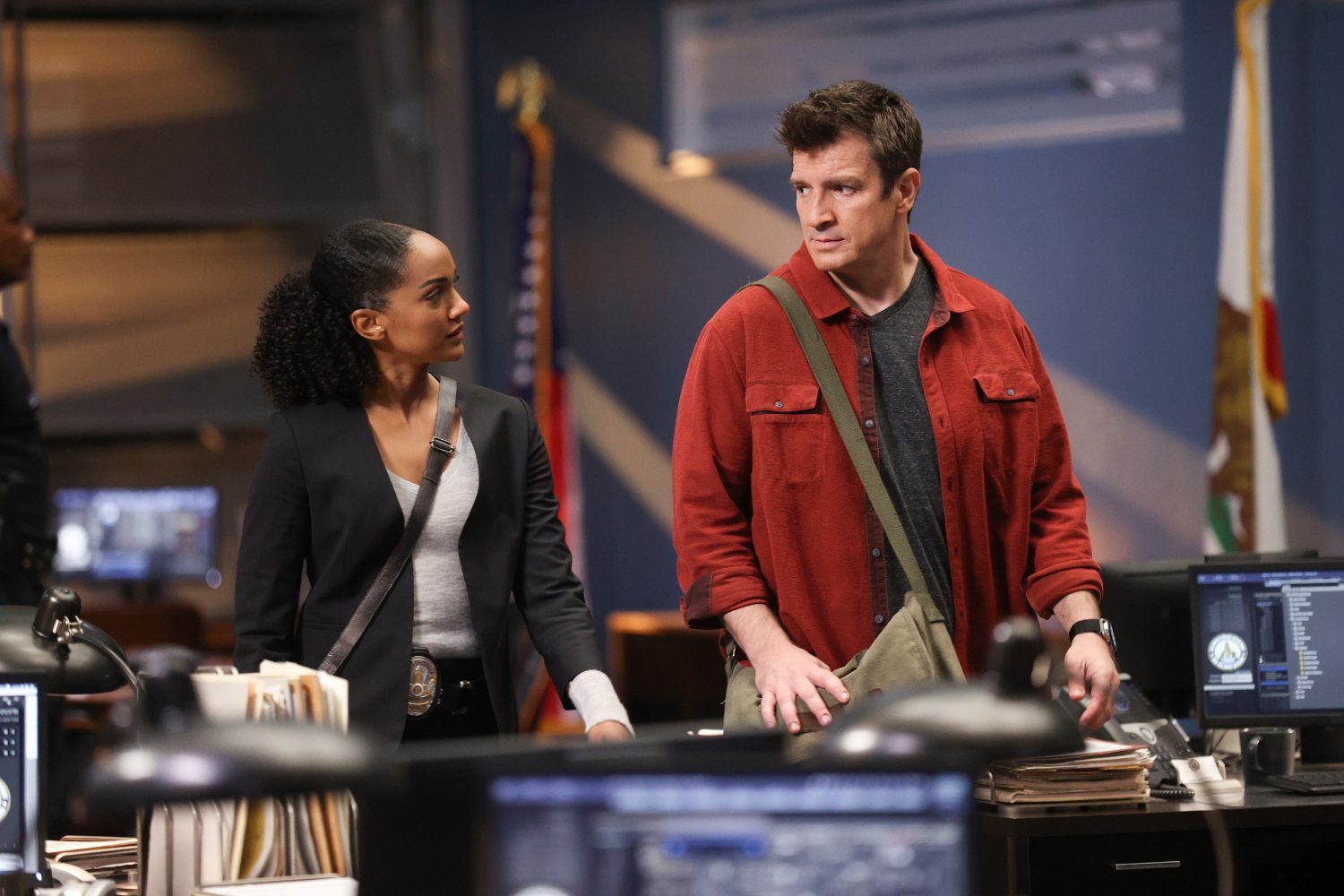 Nolan once again found himself in a dangerous situation! But it really wasn’t his fault. While Grey and the others tried to keep a volatile situation under some semblance of control, Jackson was dealing with issues of his own. Things between Doug and Jackson were coming to a head and we were worried about how things were going to affect Jackson both personally and professionally. But we were certainly more than ready to see Doug leave. Maybe not under the circumstances they did. Though that’s nothing new since we’ve wanted him to leave since shortly after he arrived. So keep reading for The Rookie 3×05 review!

While he didn’t seem to have a whole hell of a lot in the beginning, but Tim definitely seemed to show how much self-control he has as the series has gone on. But it seems as if he’s lost it once again. And we love that it’s in defense of Jackson. Oh, how far Tim has come. We loved the way he was ready to go right after Doug. Though Doug didn’t seem to be scared, he also clearly thinks he’s invincible. Which just had us wanting to see Tim take him down a few notches that much more. And then we had Lucy. She’s like the epitome of self-control. But she lost her temper pretty quickly too. Which seemed to make Tim remember his own again. We love Tim and Lucy being a sassy team. More, please! 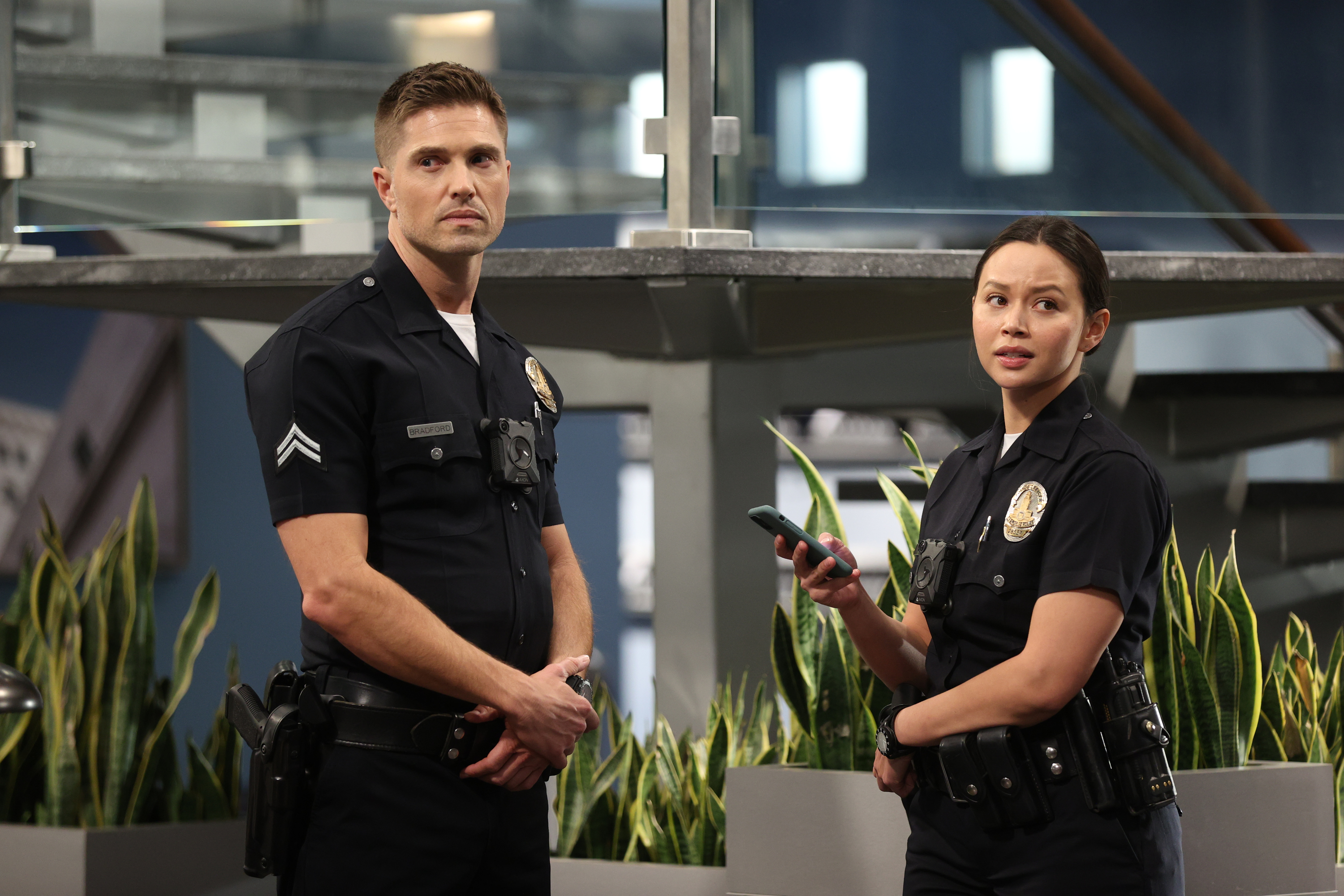 Do you know who really lacks self-control? Doug. He has been continuously getting out of hand from the moment he arrived. And we thought Grey and Jackson were getting close to getting rid of him until Grey wanted to stop in order to protect Jackson. And while we can understand that and also want him safe, Jackson was going to do the right thing. While it worried us a bit when he flipped out on Doug, we were also super proud of him. And we may have been cheering him on just a little. Or a lot. Yeah, we were definitely cheering for him. Funny how Doug changed his attitude real quick when he found out that Jackson wasn’t going to take his shit anymore and his father’s position at IA. But we were extra proud of Jackson for not allowing Doug to get away with his bullshit.

It seems like every single time Nolan even comes close to getting himself out of trouble, he’s right back in again. But in his defense, it isn’t usually his fault that he ends up in these situations. He just seems to have the worst kind of luck. As if being held at gunpoint wasn’t enough, he had to get stuck with a dude and a big ass bomb. But Nolan being Nolan meant that he was going to try his hardest to convince Graham that they were friends. Even though Graham tried to insist that wasn’t going to happen, we were pretty sure it was. Graham should have chosen literally anyone other than Nolan if he wanted a cop who wasn’t going to try and be his friend. Tim would have been a more ideal choice.

We honestly never realized Nolan was interested in being a detective. Or maybe we missed him saying it somewhere along the way. But everyone seemed to want him to give up on it. While we understand that he got in trouble and we even get why, we were a little surprised that it ruined his chances to even be considered for detective. Nolan did handle himself pretty impressively when it came to Graham and that entire situation, though. And it was especially badass the way he took the cuffs off at the perfect moment and was ready to faceoff with Graham. Well done, Nolan.

We were so happy to hear that Angela and Wesley’s baby tested negative and was healthy! But while it was clearly a relief for Angela, her appointment showed us that things between her and Wesley were still tense. Though we don’t really blame Angela for being upset. Wesley should have talked to her about the situation as soon as she told him she was pregnant. Meanwhile, while we were beginning to worry about Jackson with Doug again, Tim got us all riled up. That man never freaks out about things so when he showed how nervous he was, we knew things were about to get really bad. We were so ready to see Tim kick his ass after what Doug did. And we’re so freaking proud of Jackson, and so very happy that he’s going to be okay. 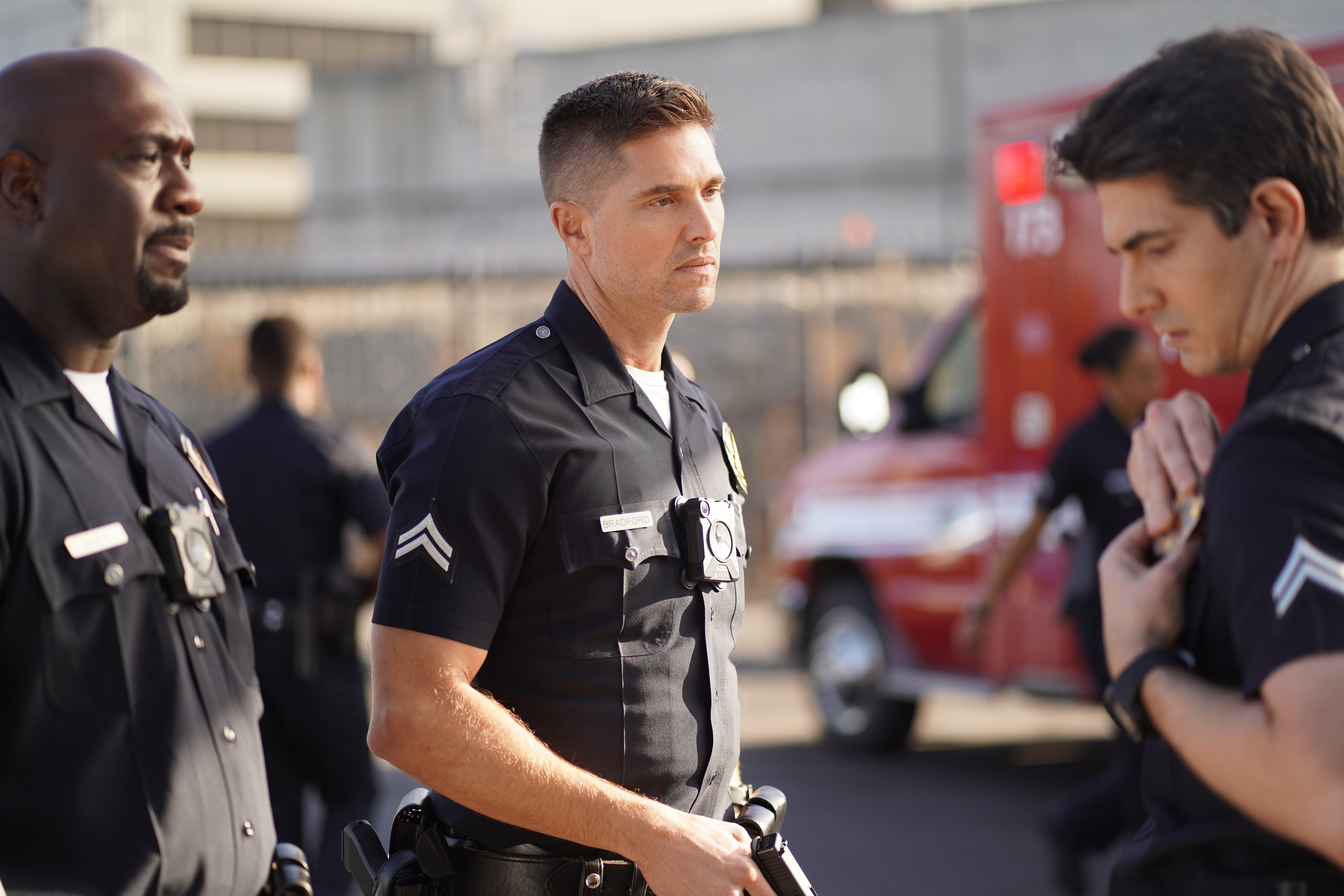 What did you think of The Rookie 3×05? What do you think about how the situation between Doug and Jackson? Did you agree with Grey trying to protect him? Were you surprised that Jackson finally lost his cool? How did you feel about the way things ended? Is Doug done for good? Did you know Nolan wanted to be a detective? Or has it been a surprise for you as well? What did you think about the way Tim acted toward Doug? Were you hoping he would fight Doug like we were? And what about Lucy losing her temper with Doug? Did that surprise you? Find and follow us on Twitter @capeandcastle to share all of your thoughts on The Rookie 3×05! Be sure to check out our site for more articles, quizzes, and more on all things Disney and beyond!