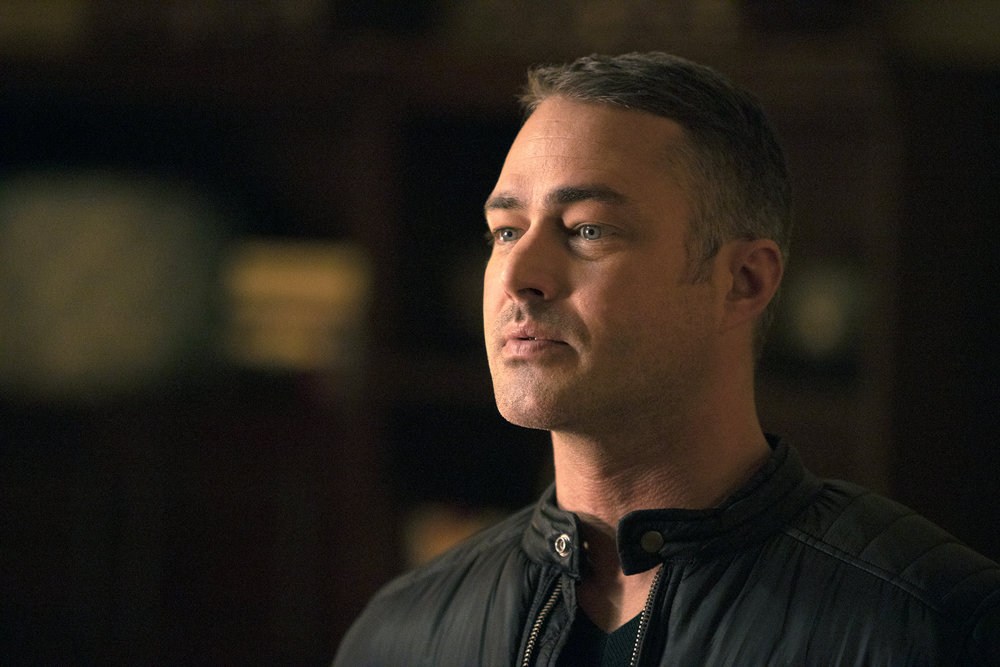 This episode really hit home how difficult dating and relationships can be. We had Severide continuing to do the right thing the wrong way when it came to Stella. Gallo was continuing to stay away from Mackey romantically because of his fear of Cruz. Which naturally just made her take things into her own hands! Meanwhile, there were a few mysteries that needed to be solved, one serious and one not so much! So keep reading for our Chicago Fire 9×06 review!

The medicinal issue on the ambulance had us concerned. But we had no doubt that neither Brett nor Mackey were responsible for the problem. And we loved watching them take off together to solve the mystery. Mackey said it right when she stated that it was a pretty elaborate scam. It was also clear that the couple had run the scam multiple times and they were going to keep running it. They clearly didn’t anticipate coming across a badass team like Sylvie and Gianna. And we were so freaking proud of them! 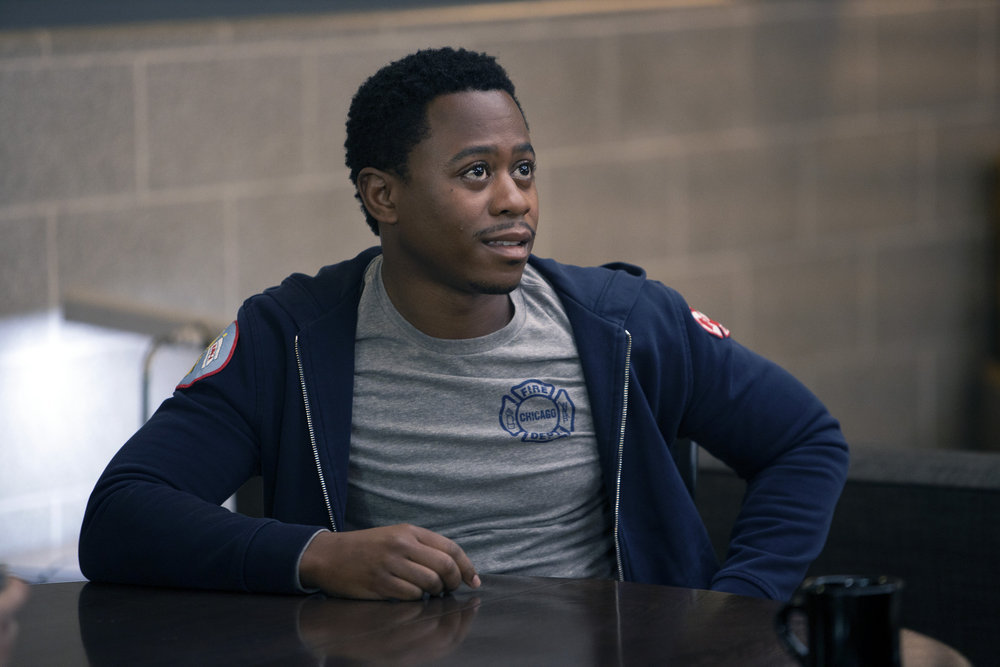 We are so excited that Chloe is pregnant! And the “Mouch Mystery” that it brought about had us absolutely cracking up. We were as curious as the guys to know what Mouch did that he didn’t want anyone talking about it if they happened to see it. Ritter being the one to inquire Mouch about it had us rolling. We just knew whatever Mouch had done was going to be absolutely ridiculous and hilarious. And we were absolutely right. A tattoo of his wife’s name on his ass! We could not control our laughter. We were absolutely losing it. Gallo incriminating himself with Cruz made it even better.

It felt like everyone was having love issues. And most of it sucked. Severide was trying to do the right thing but continuing to go about it the wrong way. We understood his thought process when making some of his decisions, but acting like he didn’t care that Stella was sleeping somewhere else? Ridiculous. But the fact Severide thought things between him and Stella would just work themselves out? Jeez, man. So Stella telling Severide what an idiot he has been made us happier than it should have. But Severide needed to hear it. Hearing his apology, though? AMAZING! We love these two. Even when one or both of them are being idiots. Stellaride for the win. Always and forever.

Casey and Sylvie were awkward central. But at least Casey was having a good time with Sydney. So good he was sleeping through his alarm. A little unlike the Matt Casey we’re used to but we were glad to see him cut loose. Though Matt didn’t seem too keen on entering the dating scene and put a stop to things pretty quickly. And Sydney didn’t hesitate to tell Matt that she knew exactly why he pumped the brakes. Dating is hard. When it came to two other knuckleheads, we were in full agreement with Mackey that Gallo really needed to stop being scared of Cruz. But then she took things into her own hands and made the next step with Gallo. Have we mentioned how much we love Mackey? And this developing relationship? More, please!

Matt was more livid than we’ve seen him in a long time. Not that we could blame him. Gallo disobeyed an order from his captain and took a huge risk. But making risky moves is literally what Gallo is known for. Boden even asked Casey if he was sure he wanted to bring in Gallo because of the fact he is a risk-taker. So he can’t act surprised about it now. Though we do think maybe his risk-taking tendencies should have been dealt with before now. But after Matt talked things out with Gallo things made a lot more sense. And even though we still think Matt should have dealt with Gallo’s risks before, we were glad he did it. 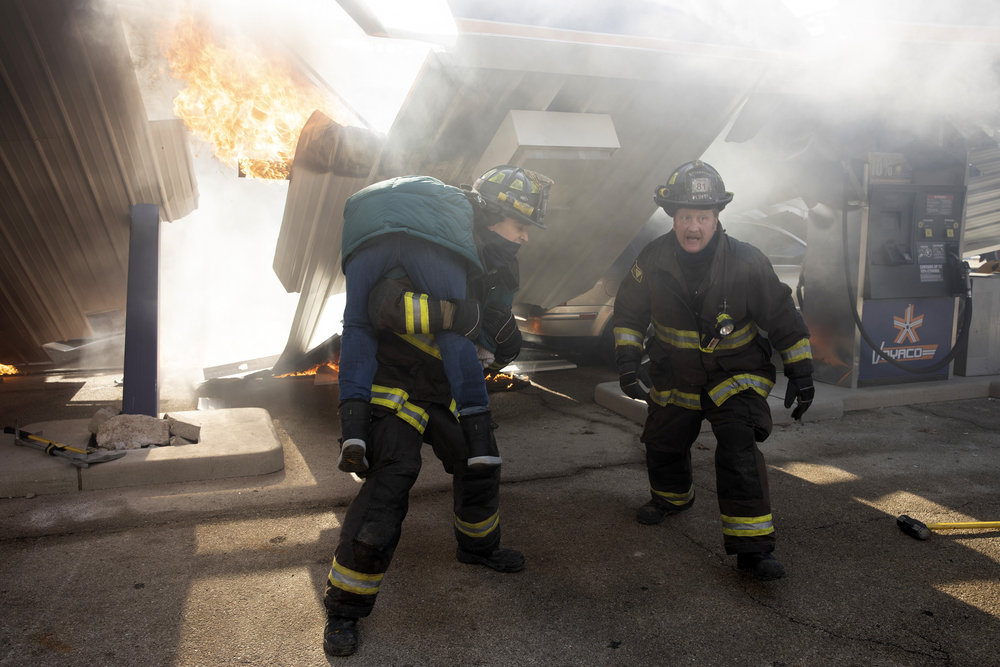 What did you think of Chicago Fire 9×06? Did you agree with Matt sending Gallo home? Do you think Gallo will be more receptive to Matt’s demands as his captain from now on? Are you as happy as we are that Stella and Severide are back to where they should be? Do you think we’re going to see an engagement soon? What about Chloe being pregnant? When do you think Cruz will tell everyone else? Are Mackey and Gallow going to get together officially now that Cruz knows they’ve slept together? And what’s going to happen with Matt and Sylvie now? Find and follow us on Twitter @capeandcastle to share all of your Chicago Fire 9×06 thoughts! Be sure to check out our site for more articles, quizzes, and more on all things Disney and beyond!