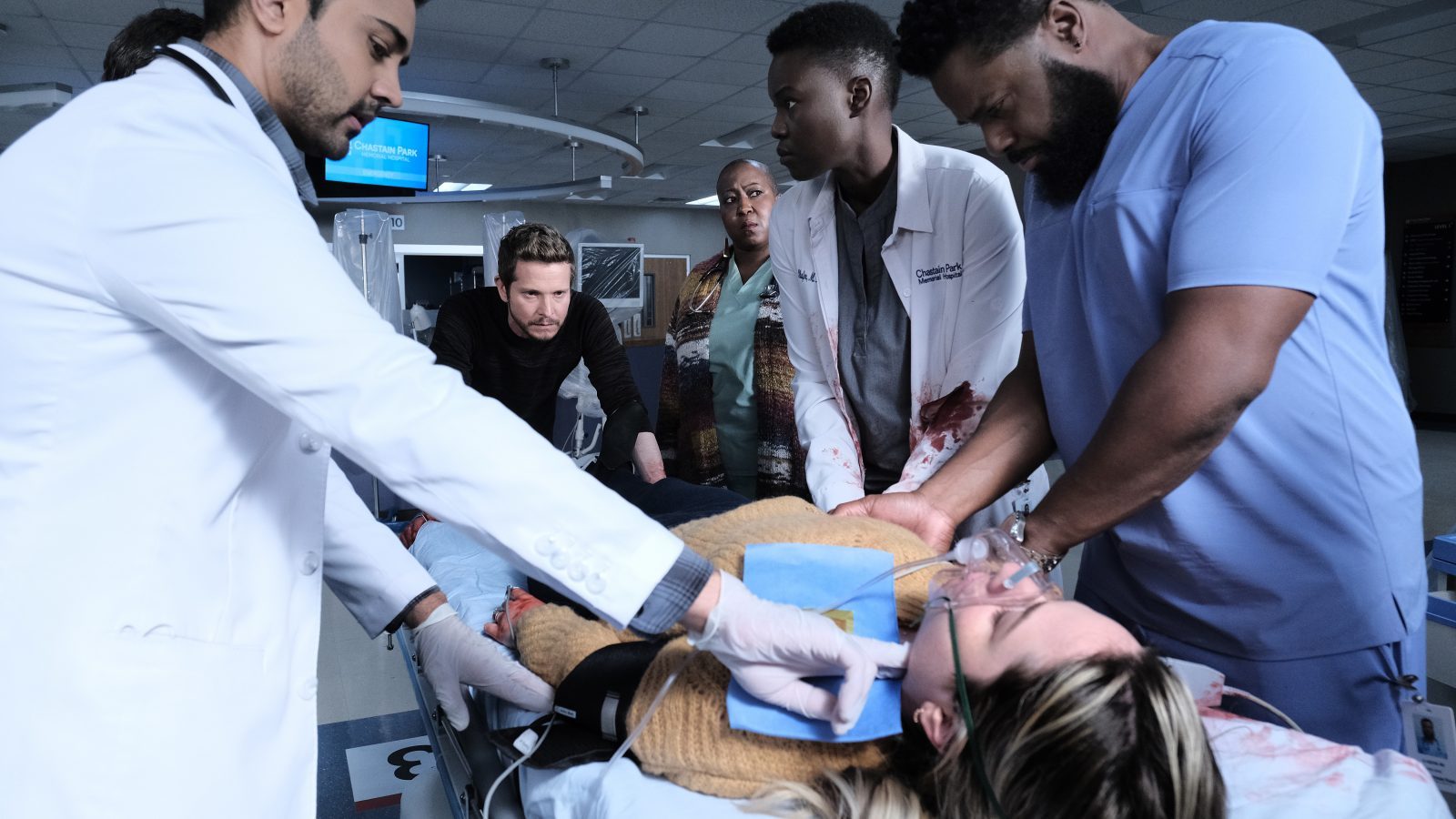 This episode was freaking heartbreaking. And we were so not okay by the end of it. Even though things worked out okay, we were terrified for the majority of it. On top of what happened to Nic, we also had to fear Chastain being shut down. But we didn’t want to believe it and held out hope that our group would find a way to save it. And they did. Well, kind of. Going public is better than not being there at all! So keep reading for The Resident 4×05 review!

When the threat of Chastain being gone for good loomed, it really made us appreciate the relationships between the characters and how far they’ve come. Mina has opened up so much and we love to see the way she and Nic interact. They are best friend goals. Something that was proven even more when they tried to defend each other with the man going through withdrawals. And the look on Mina’s face when Nic went down? Yeah, we were all feeling that one. But we refused to believe that Nic and the baby wouldn’t be okay. And the rest of the team felt the same way. Mina was so focused on NIc she didn’t even realize she had been hurt too. And the way she dealt with it? Such a badass! 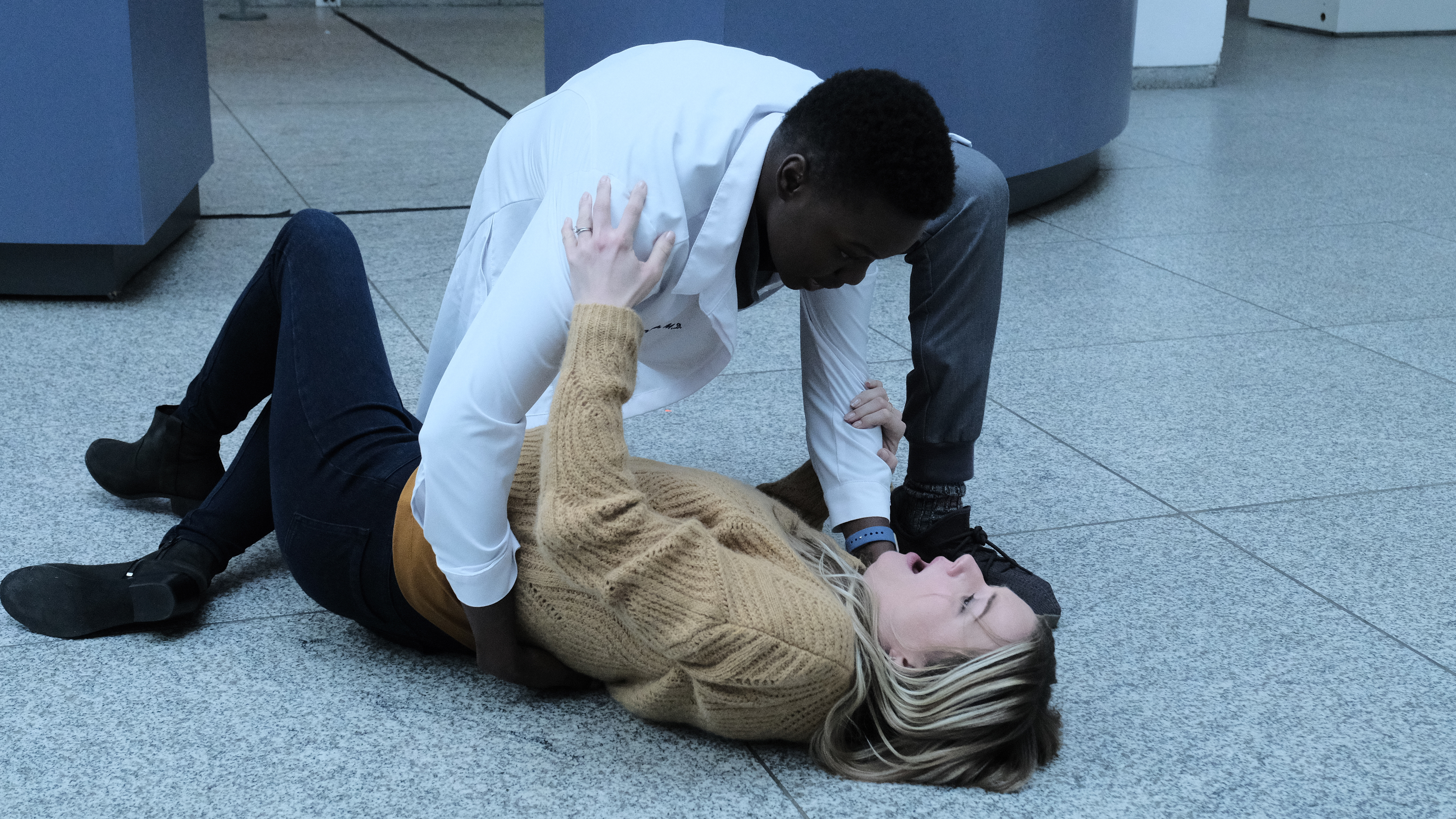 Conrad literally broke our hearts. He just tore them right out of our chests. Seeing him broken down but trying to remain strong for Nic and their baby was beautiful and terrifying all at once. But it didn’t surprise us that Conrad was the one to bring Nic back when we almost lost her. He’s always going to be there for her. The only thing that kept us going was the amount of support the others were showing for Conrad and Nic. They had to rush to find their equipment and there weren’t many of them around but they were going to do whatever they had to in order to save Nic. We stan a badass family of doctors, nurses, and surgeons!

Not Sure About It

We’ve stated on multiple occasions that we are not in the Cain fan club. And we insist that we never will be. Does that mean we want him to die? No. At least, not most of the time. But we had a feeling that this episode was trying to be the start of a redemption arc for the character. And we’ve got to be honest. We aren’t so sure that we’re on board with that. Sure, Bell has the most amazing redemption arc ever and we love him and will protect him at all costs now. But Cain is just different. There was more cruelty to his actions than there ever was with Bell. And one redemption arc was enough for us to take. So we don’t know if we’re going to be okay with this one.

But that might not be what is happening here. Even if it does look like it. The last we saw of Cain, he still wasn’t doing so hot and he was being transported out of Chastain. No one really seemed to show too much concern over him or even pay much attention to him. So we don’t know when or how we will come to see him again. Or even if he’s going to really be okay. If he is, there is still going to be a question on if he is going to continue being a surgeon. And even if that is a possibility, we don’t think he would come back and work at Chastain with it turning into a public hospital instead of continuing as a private one.

We honestly wouldn’t have cared how it was done. We just wanted Chastain to be saved. And if that means it has to become a public hospital, we are more than okay with that. Sure, going public is going to bring a lot of changes, and many of them probably aren’t going to be good ones. But at least it means that the staff can stay and remain together. We certainly couldn’t have them all running off to work somewhere else. Especially since Nic is going to be recovering. She’s going to need her family around for her. And that includes Mina and the others. Now we’re just hoping that Mina can get her green card renewed so we don’t have to worry about her being forced out. 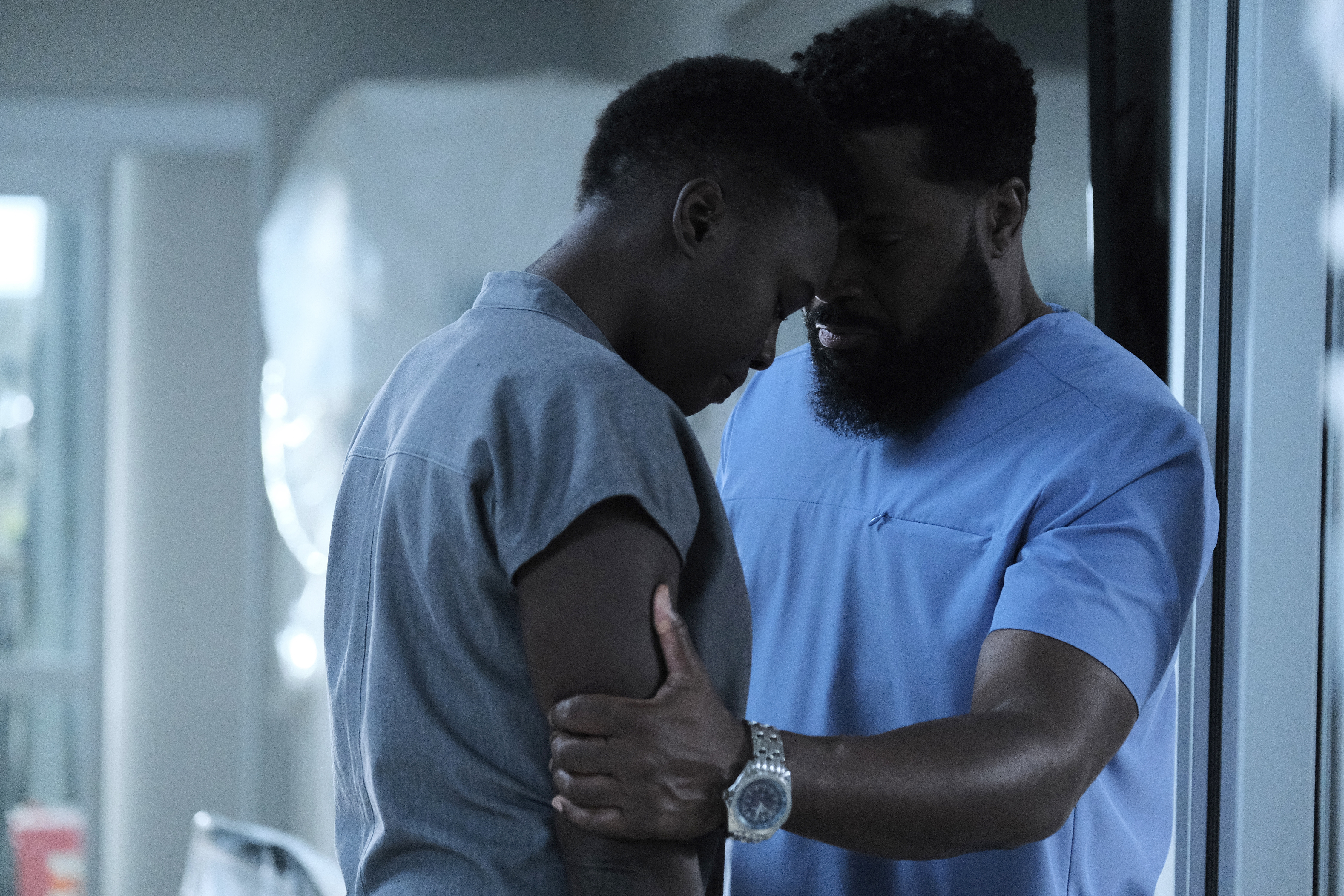 What did you think of The Resident 4×05? Were you as worried about Nic and the baby as we were? Or were you sure they were both going to be just fine? Do you think Mina will be able to stay at Chastain? Or will she have a long battle ahead of her that may result in her having to leave? What do you think some of the changes are going to be with Chastain going public? Are we going to lose a bunch of our doctors because of it? Do you think we’ll see Cain again any time soon? Will he still be able to be a surgeon? Find and follow us on Twitter @capeandcastle to share all of your thoughts on The Resident 4×05! Be sure to check out our site for more articles, quizzes, and more on all things Disney and beyond!