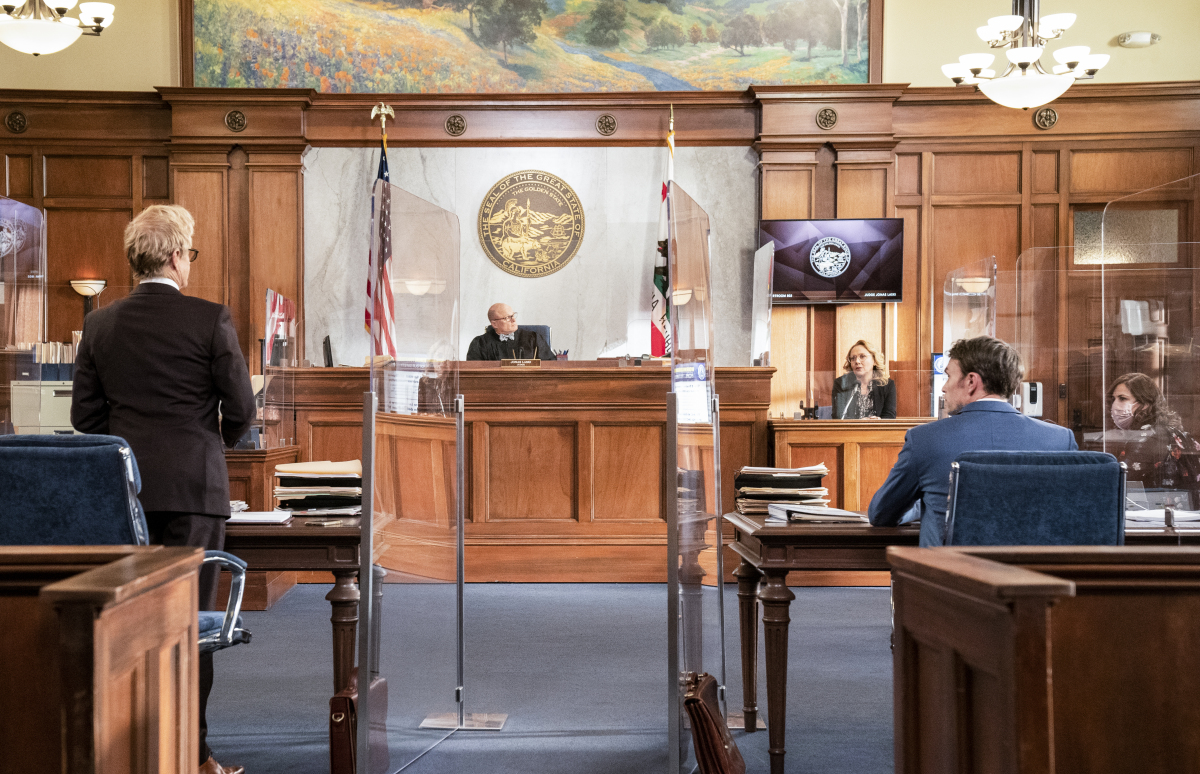 Mark deals with a murder case more than thirty years old and has to deal with Laski as the judge! Speaking of Laski, he has temporarily taken over Lola’s chambers. But someone may want to remind him that the situation is temporary with the way he keeps changing things around! As for Lola, she is still on maternity leave and certainly feeling ready to get back into action. But with cutbacks happening around the courthouse, there was a chance that Lola may not be able to do that. So keep reading for our All Rise 2×08 review!

We weren’t surprised that Mark got assigned to Samara’s case. In fact, we couldn’t think of anyone better to handle it. But we did have to give some props to Sam as well. As much as we don’t like her with Luke, we do like her. The way she handled Pryce was on point. Then we have Laski. That man is so ridiculous and his dislike for Mark was more than obvious. He was in no way being fair. Lola does what she can to help people and is constantly facing trouble. But Laski gets to act the way he was in court with Mark and it’s fine? That’s a double standard if we ever saw one. Laski was avidly working against Mark. As if that wasn’t enough to deal with, he came home to his father being there. Yikes. 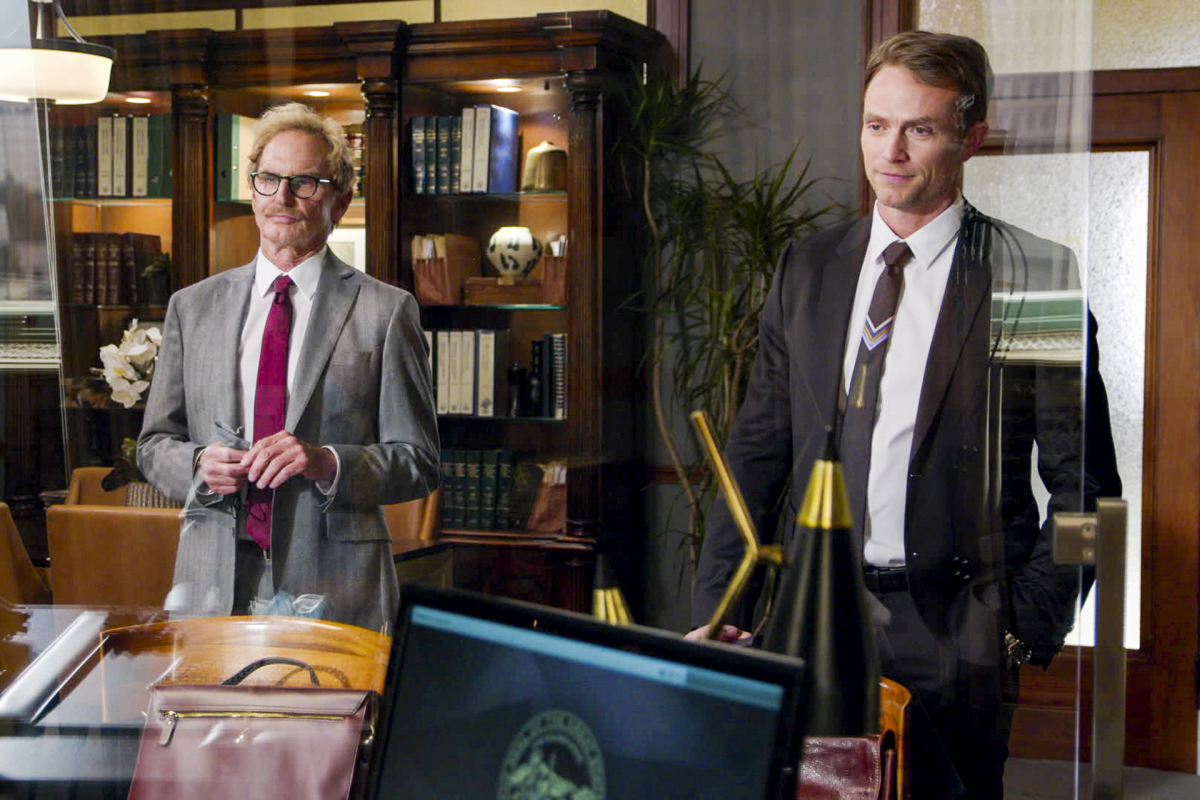 With all the stress on Mark, we were glad Lola was there for him to give him some advice. And be a sounding board. We thought things were going to start turning in Mark’s direction. But, of course, Laski did his best to make the situation as difficult for Mark as possible. Seriously. How is this guy getting away with all this crap? But we’re sure even if someone did call him on it, he would find a way to make it sound like he was being fair and that would be the end of it. Although, Laski did seem to finally come through in the courtroom with Mark. But it shouldn’t have had to take Laski watching Kelsey relive the trauma of watching her mother kill her father.

With Lola still on maternity leave, we expected there to be some changes. We also expected Brenner to have to move Sara, Sherri, and Ness around a bit. Especially with how bogged down everyone seemed to be. But we did feel bad for them having to deal with Judge Laski. We certainly understand how the group would feel like being assigned to Laski could be considered a punishment. The stress relief Sara made for the three of them was certainly coming in handy. But Laski wasn’t regarding any of them with the respect they deserved or any respect at all.

It was one thing for Laski to be taking over Lola’s courtroom. The situation sucked. And it sucked that Laski also got to take over Lola’s chambers. But the fact that he felt the need to redecorate? Beyond ridiculous. How long did Laski think he was going to be in Lola’s chambers? We certainly don’t think it was necessary for him to mount a stag on the wall. That was a bit excessive. We actually were beginning to like Ness and we can’t stand Laski. But we don’t agree with what Ness did. Could the cognitive session be damaging? Bringing back those memories for Kelsey certainly wouldn’t bring her joy. But it truly wasn’t Ness’s place. And the only reason she was doing it was that she met Kelsey and liked her. Would she have done it for another potential witness?

Emily was having a more difficult time than usual. But to make matters worse, it was all happening on her birthday. It didn’t seem to matter what Emily did, she just couldn’t get a win in. Everyone kept telling her that trials are the most important but when Emily tried to change her schedule it didn’t seem like anyone was willing to work with her. And then to be fired by her client? Jeez, our girl needed to catch a break. And she most certainly did. Well, maybe not a break. But Luke did come through for her on celebrating her birthday. As did Sara. Though Luke was the one to stick around and share her birthday with her. Hmm, awfully romantic if you ask us. 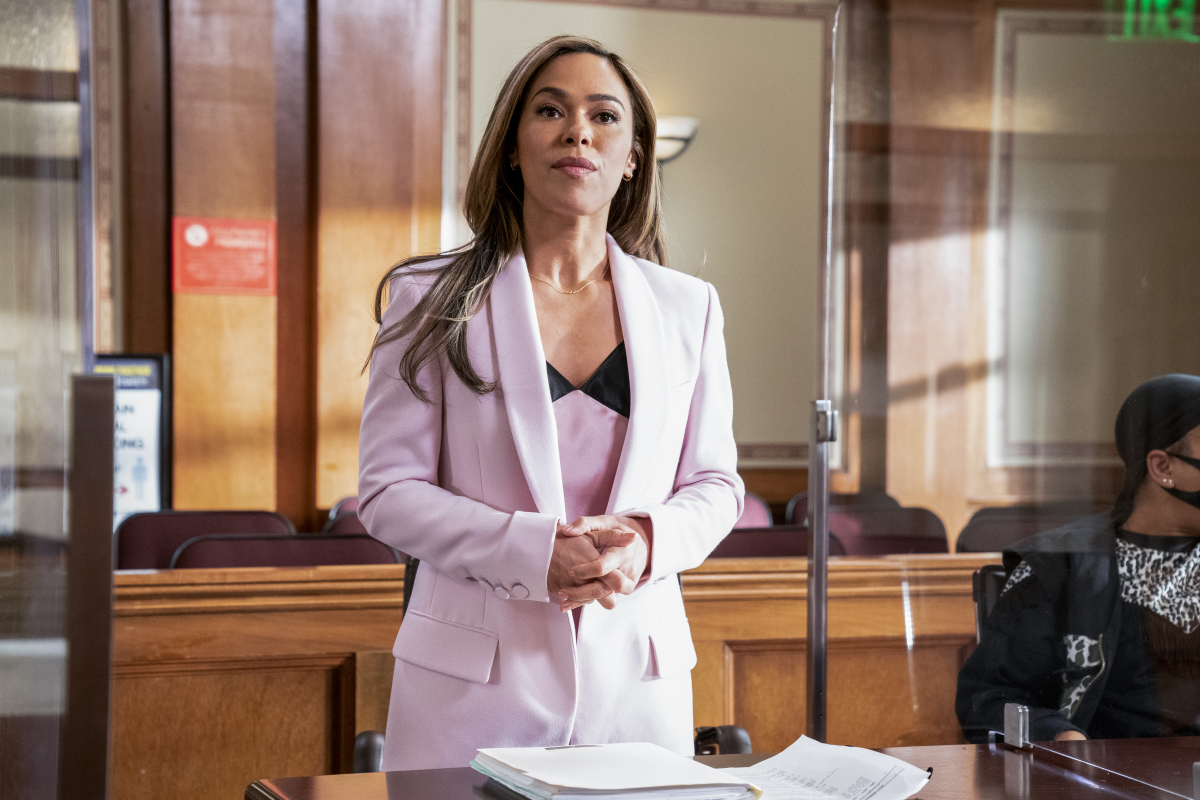 What did you think of All Rise 2×08? Did you agree with the way Mark handled the case? What about Laski? Did you feel that he was being unfair toward Mark? Or was he just handling the case the best way he could? Were you surprised by the outcome of the Samara Strong case? Were you surprised that Kelsey told the court that her mother killed her father? What did you think about Laski taking over Lola’s chambers? Did you think it was fine for him to change things around? Or was he overstepping? Find and follow us on Twitter @capeandcastle to share all of your All Rise 2×08 thoughts! Be sure to also check out our site for more articles, quizzes, podcasts, and more on all things Disney and beyond!