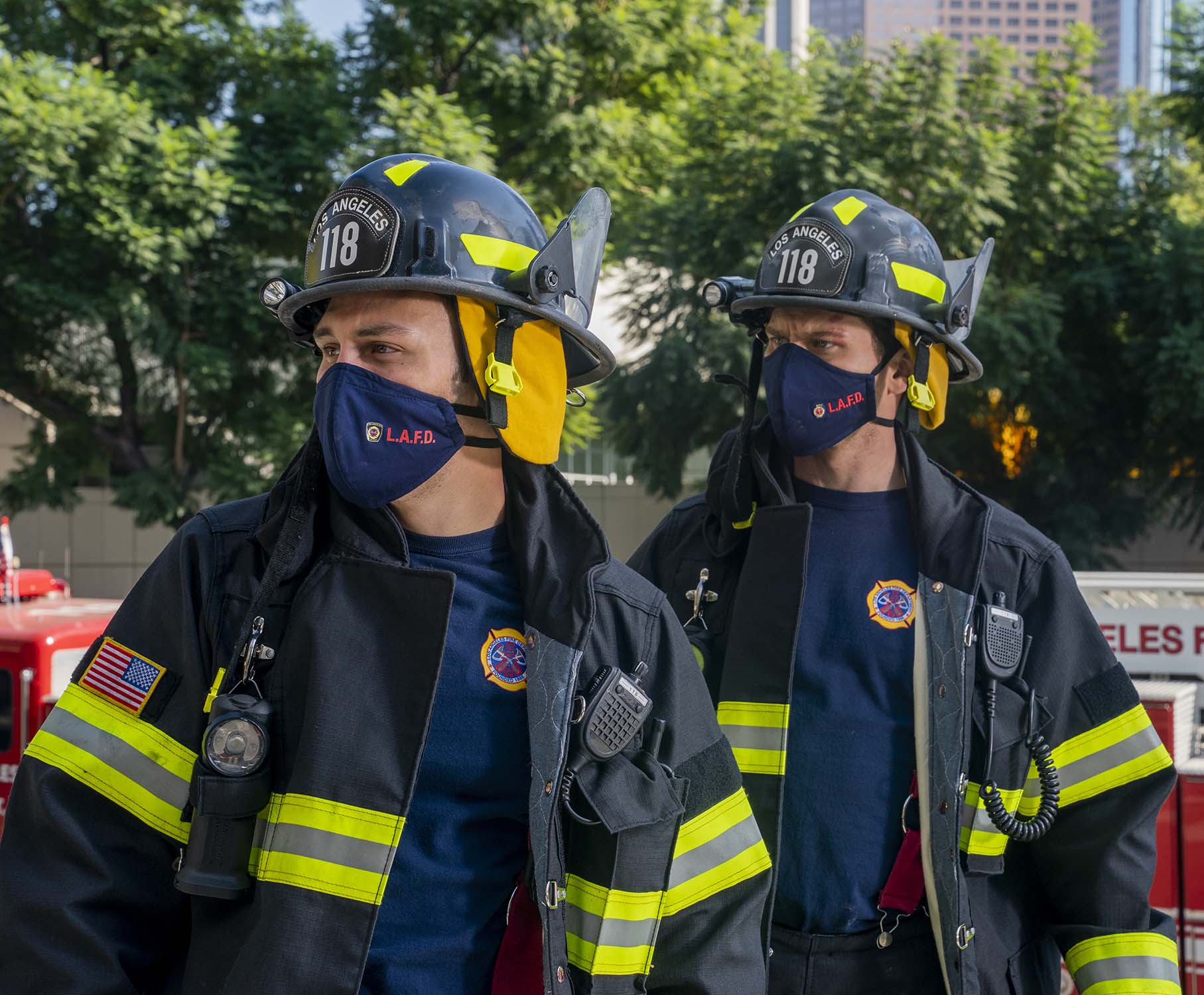 9-1-1 sure knows how to pack a punch and they did so with this episode. Not only do we finally learn the big family secret the Buckley’s are keeping. But we also got to see just how Chimney dealt with knowing the secret and having to stay quiet. Read on to find out what happened in “9-1-1, What’s Your Grievance?” 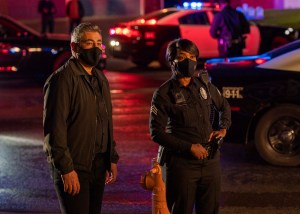 The main case this week involved a woman named Delia, who had a penchant for calling 911. A lot. Think of the Karen variety and you know what we mean. The team arrives at the scene of a shooting, where Buck and Eddie hilariously try to figure out what happened. I think we met the next Cagney and Lacey, as Athena fondly calls them before getting to work.

The operator who took the call was May, who began to question how to handle the feelings of not doing enough to help people on the job. Luckily, she had both her dads available to give their own inputs. We definitely loved her scenes with Michael and Bobby, and how they each gave her advice on how to cope with her new job. While Athena and Bobby may have their own ways of compartmentalizing the job, May just needs to find hers and she will do well.

As for Delia, we do find out what happened to her and all we have to say is, Archie the dog is innocent. 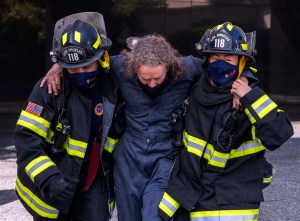 Chimney knows the big Buckley family secret, thanks to Maddie at the end of the previous episode. He is having a hard time finding his footing and struggles to keep quiet. Chim can barely keep anything inside as he spends the episode struggling not to tell anyone. However, during a case involving a possible bomb, he does end up telling the bomber.

Now, that was a pretty inventive way of distracting the bomber enough for him to be able to subdue him. But that had so many risks that we don’t even know where to begin. However, seeing Chim try to deal with knowing something huge about Buck and coming to terms with it was tough. But Hen reminding him not to blab it around everyone else made us love her even more.

Awkward family moments and a reveal 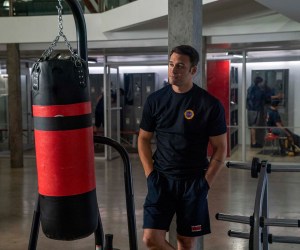 The Buckley parents, Phillip and Margaret, where do we start with them? It’s clear that they have not done well with their children and there is so much awkwardness that even Albert tried to cut it with some alcohol at the beginning. Not to mention, with everyone sitting on a secret that Buck was unaware of, it left room for plenty of tension.

In a gripping scene, Buck finds himself standing up for his sister, and just wondering why he could never be enough for his parents. This came after comments about her abusive ex-husband, Doug, them never coming to see him when he was hospitalized, and then when he found out Maddie had a baby box and he didn’t.

Eventually, after getting his anger out with a punching bag and a heart to heart with Eddie, Buck goes to see his sister. It’s then that he goes through the box and finds a photo of a young boy, who he thinks is himself at first. Until he sees the date on the photo is from around three years before his birth. Maddie drops the news that the photo is their brother, Daniel, who died before Buck could remember him.

With the big secret now revealed and seeing how their parents treated them, it gives some insight into the siblings. Buck has always felt the drive to be seen and go into danger in order to save others. He tells his parents this much and Oliver Stark does an amazing job not just in this scene, but the entire episode as a whole.

Now we just wonder what it was about Daniel’s death that would make the parents have Maddie keep quiet about everything that happened. She was just a child when this all apparently occurred and it’s a secret that has weighed on her for years. Why did they feel the need to keep this information from Buck?

In the next episode, we will see his journey in “Buck Begins” and we cannot wait. Now we just need Buck’s fire family to wrap him up in a hug and remind him he has a home with them.

What did you think of this episode of <I>9-1-1</i>? Did you guess the secret? Let us know in the comments and find us on social media for more content!