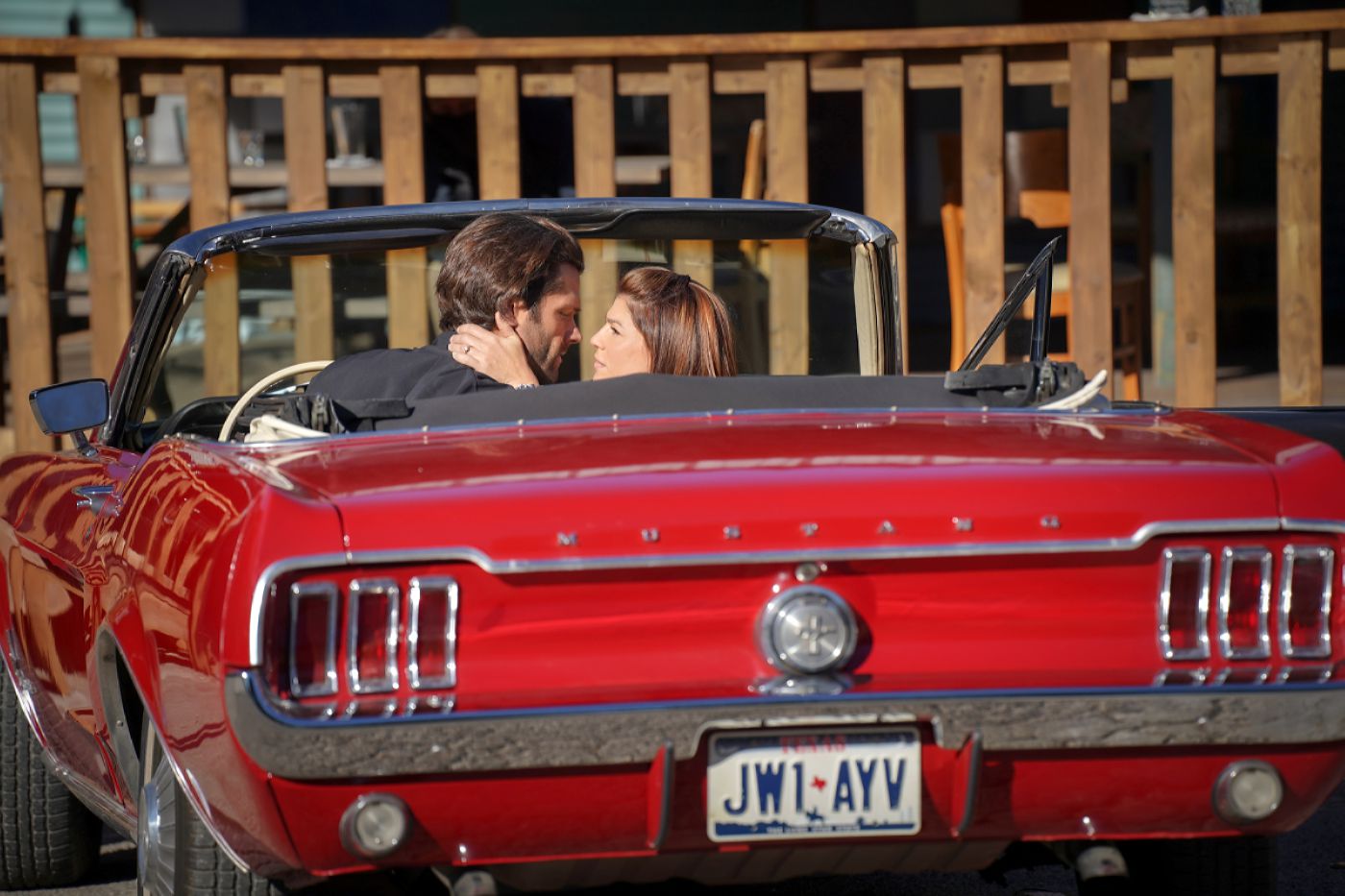 An old friend of Cord’s comes blowing back to town. But it seems like he isn’t up to anything but trouble. And Micki isn’t afraid to call Hoyt out. She certainly doesn’t hesitate on bringing him in, either. Meanwhile, we get to see a memory of happy times between Cord and Emily. Plus a bit of a legacy coming into play with Cord, Stella, and August. So keep reading for our Walker 1×03 review!

Before we get into his character, we just have to say we love Matt Barr. Love him. The character he played on this show was no different. Okay, so maybe it was a little different. Hoyt was after all first seen as a cowboy stripper. And a not so great guy. But we would be lying if we said we didn’t enjoy his Magic Mike moment. Even if it did end with him being a criminal.  While he wasn’t an all-out villain, Hoyt certainly didn’t walk the straight and narrow. He was actually kind of a dick. But we can understand how each person felt differently about him. It seems with Hoyt, everyone got a different version of the man. 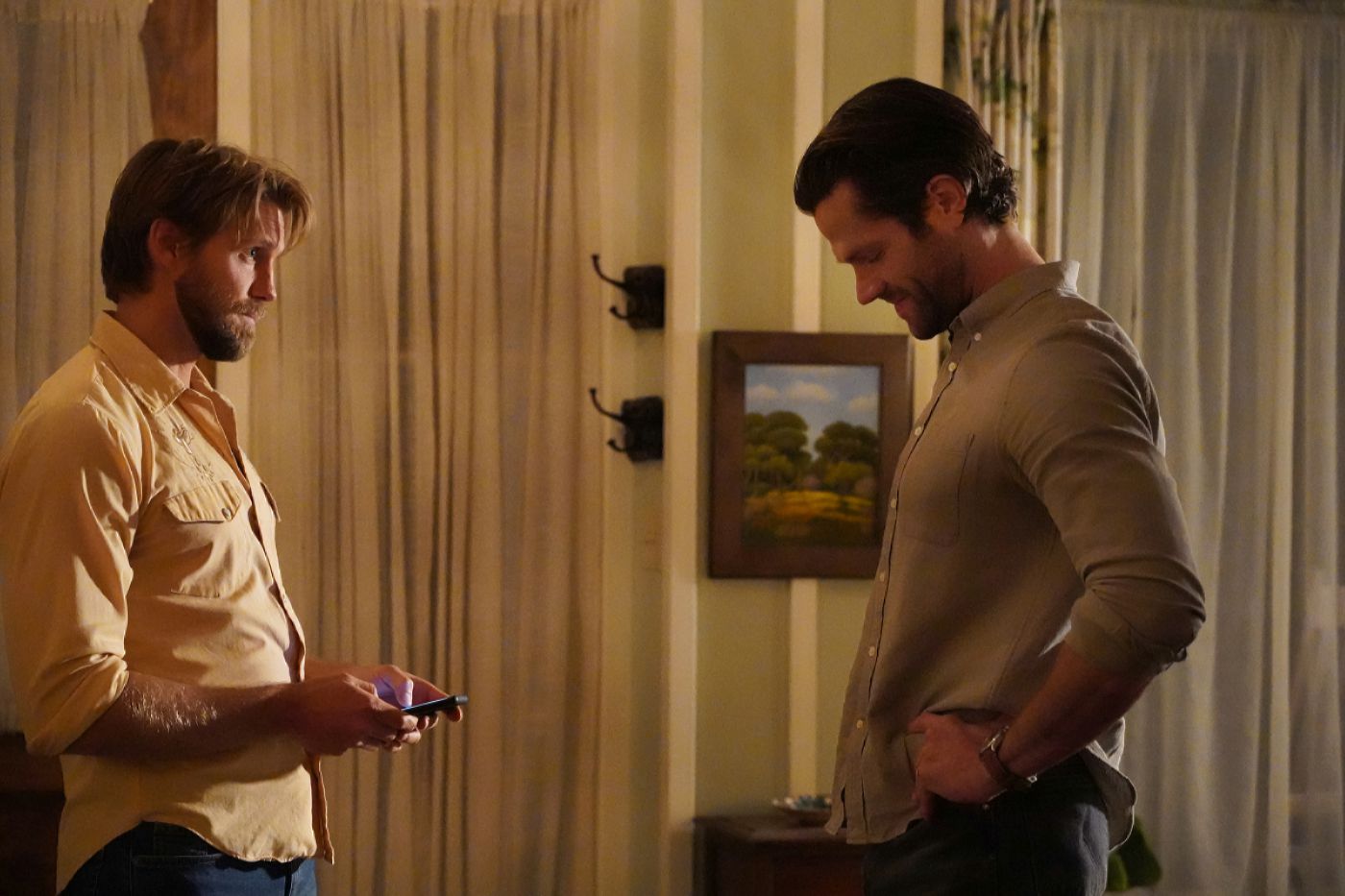 We were excited to see Micki meet Cord’s family. But we certainly didn’t expect it to go down the way it did. Though it didn’t surprise us that Bonham reacted the way he did. Caught in the dark by gunpoint before being invited in for a nice meal and a drink. Now that’s the definition of hospitality if you ask us. Okay, so maybe without the whole being held at gunpoint part. But Micki was kind of creeping around Bonham’s property. We knew we were going to love Micki before the series even started but she is exceeding our expectations episode after episode. And it leaves us in anticipation for what we are going to see from her next!

The scene we got of Emily teaching Cord how to drive stick shift was freaking adorable. It sucks that Emily can’t be seen in the present. But we are glad that we get to see glimpses of who she was and her relationship with Cord. Emily clearly had the patience of a saint. Because Cord was terrible at attempting to drive her Mustang. We were so happy to see the tradition continue with Cord now teaching Stella how to drive in the mustang. It was definitely an emotional moment. Not only for the Walkers but for us too. And while we don’t know as much about Emily as we do the other characters, we know without a doubt that the scene would have made her smile as much as it did for us.

We are really liking Geri. It was only a little surprising to discover that Hoyt was her ex-boyfriend. So, Cord and Geri clearly have a little more in common than their relationships with Emily. But we hope this isn’t the only time we get a deeper insight into her character. We have a feeling there is a lot more to Geri than meets the eye. Geri was obviously close with Emily and is just as close to Walker. Maybe they can help each other heal. Either way, we hope that we’re going to see more of Geri as the episodes go on.

We don’t know about you, but we think stakeouts are the perfect time to get to know your partner. Trapped in a car together, just waiting for something exciting to happen. It’s not like you really have anything else to do. And Cord and Micki really haven’t had the opportunity to get personal with one another. So we were glad to see it happen. Even though it was only a little. Also, Cord’s guesses at Micki’s middle name were ridiculously hilarious. What wasn’t so funny was Micki’s truck being stolen. Oops. And the other Rangers certainly didn’t cut them any slack for the mess up. Which we will admit we also found hilarious. But only a little. We also felt a little bad for Micki. At least she got it back in the end. 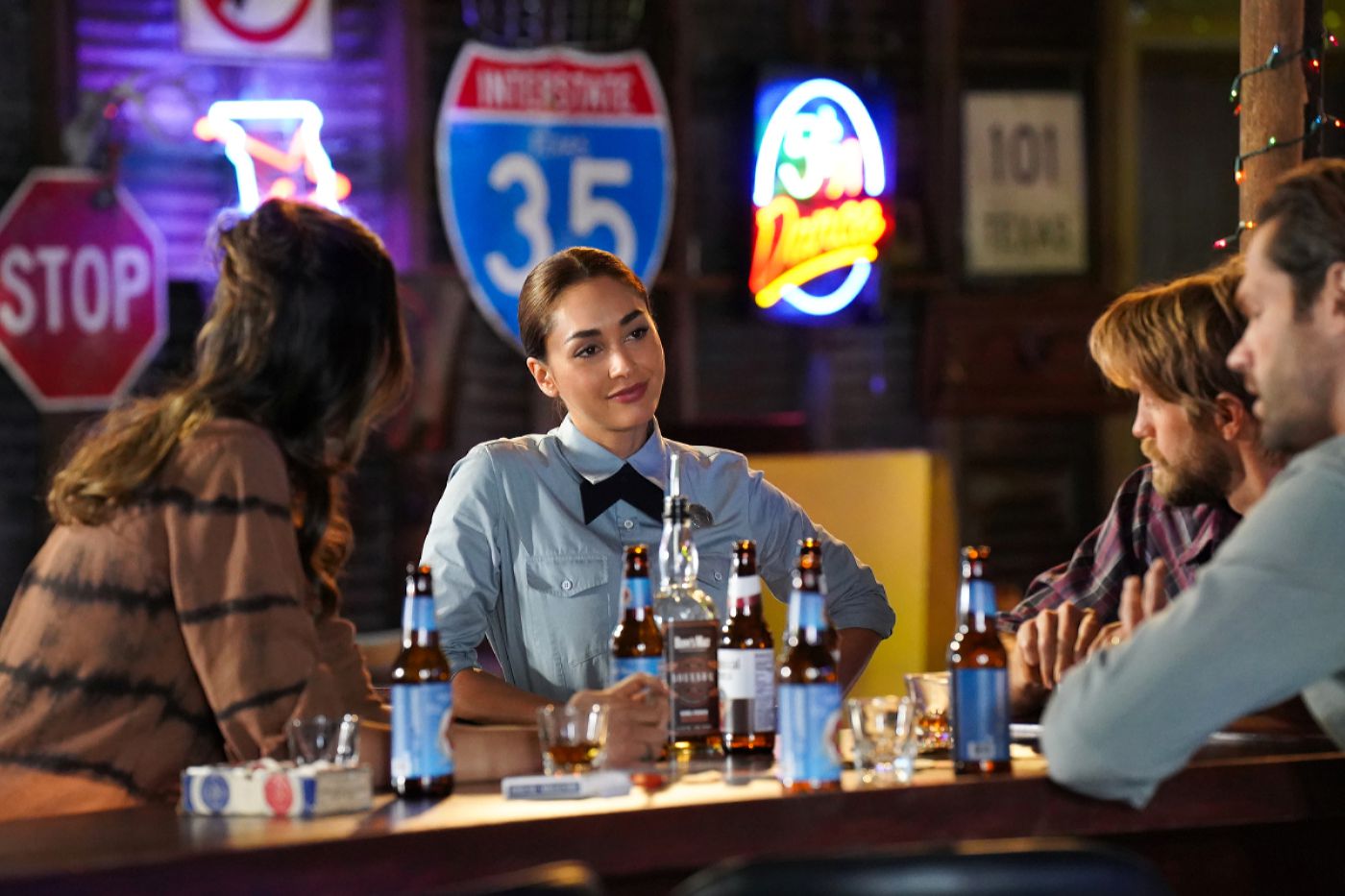 What did you think of Walker 1×03? What did you think of the trouble August found himself in? Were you surprised to see that Stella was being the mature one in the situation? How did you feel about them having to rely on Liam to come to their rescue once again because Cord wasn’t available? What were your thoughts on Hoyt? Do you think we’ll see him again? Or is he gone for good? Find and follow us on Twitter @capeandcastle to let us know all of your Walker 1×03 thoughts! Be sure to check out our site for more articles, podcasts, and quizzes on all things Disney and beyond!