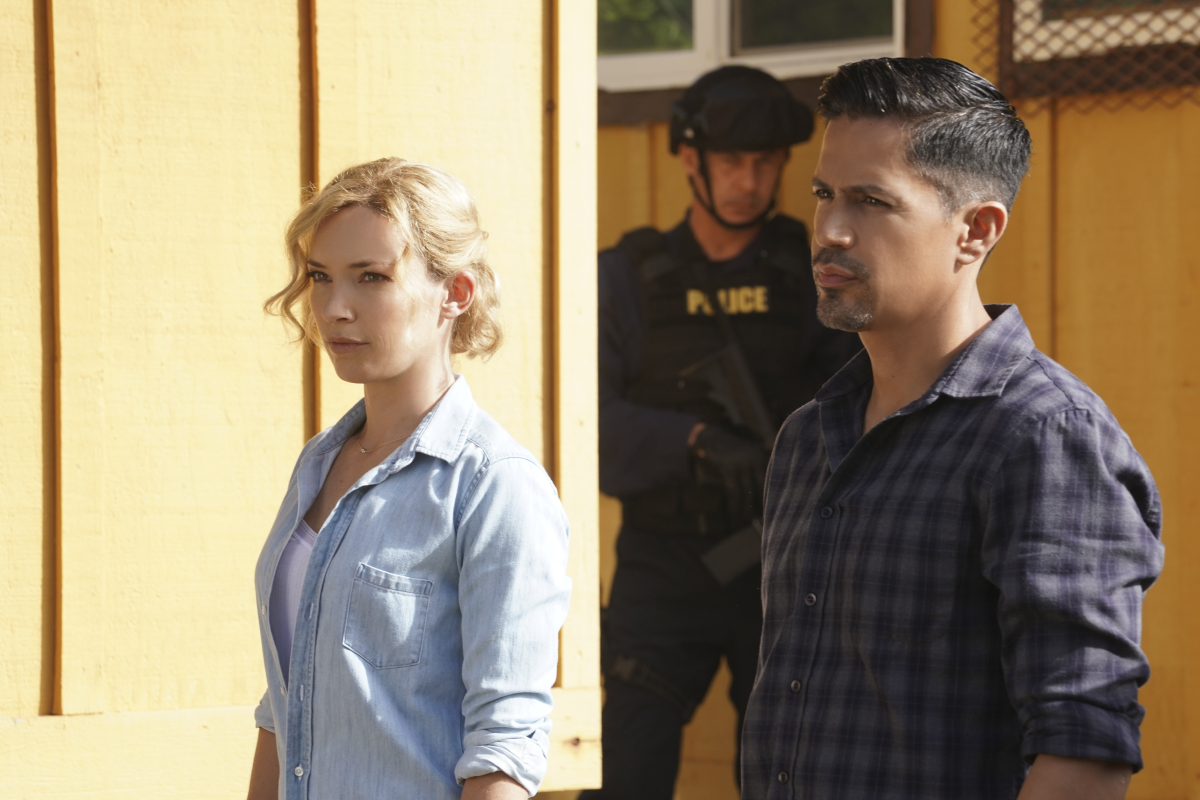 Magnum and Juliet take on the complaints of a couple of men from a neighborhood watch group. Something that wouldn’t seem that serious except that they were accusing another neighbor of being a murderer! But when Magnum and Higgins looked into things, they found that not all was as it appeared and ended up getting involved much deeper than anticipated! Plus, we got to see Jin again and he brought plenty of antics with him to keep us laughing! So keep reading for our Magnum PI 3×07 review!

Okay, we know there are a lot of jokes about neighborhood watch groups. And in the beginning, we weren’t too sure that Gordon was wrong when he said this particular group wasn’t someone Magnum and Higgins should put much stock into. But Penna and Maui seemed pretty damn determined. And it wasn’t like they were calling the cops about a neighbor’s shrub being untrimmed or a tree being in their yard. Even if it sounds crazy, suspicion of murder should always be looked into. But we understood Gordon’s reservations about the group. So we were glad that Magnum and Higgins didn’t see a problem looking into things. 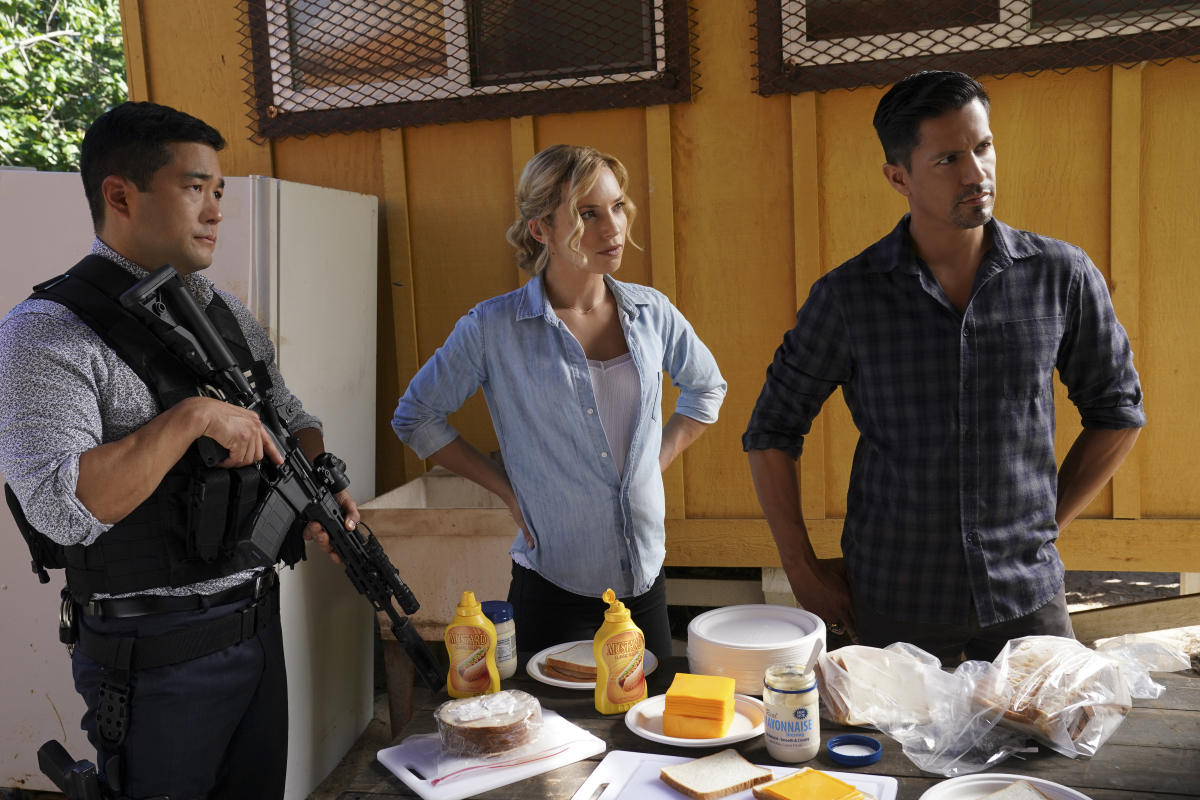 And in the beginning, it looked like Maui and Penna were onto something. When Magnum and Higgins broke into the professor’s house, we were definitely feeling on edge. It had some serious signs of bad things going on. More than enough to make anyone suspicious. And that was when we were a little frustrated with Gordon. Yes, all of the evidence Magnum and Juliet had acquired was technically circumstantial and Gordon didn’t want to bring the professor in just for him to immediately be released. But isn’t that when he should have stepped in and said, okay this sounds suspicious so I’m going to help you guys out? No?

Not What it Seems

Okay, so the professor didn’t turn out to be the bad guy he seemed. But you’ve got to admit, it was no wonder Penna and Maui were suspicious as hell of him. What he was doing was definitely shady. It just ended up being for a good cause. And we could completely understand where the professor was coming from and why he was doing what he had to in order to save those women. But we were glad Gordon and the others got involved when they did. Because it was past time for that operation to be brought down. And we knew Gordon, Magnum, and Juliet were the perfect ones for the job. Even if things did get a little hairy there for a moment or two.

If Juliet hadn’t jumped in when she had, we really don’t know what would have happened to Magnum. But he doesn’t usually let others get the drop on him. So we were definitely feeling a little concerned. It had to be because of his lack of sleep. This was obviously because of the mysterious person following him around in the white sedan. One that we didn’t see in this episode. The whole situation would have made us paranoid as hell, too! What do they want? And why haven’t they shown themselves in a while? It’s really no wonder Magnum hasn’t been sleeping much and is having nightmares about who is in the white SUV and what they want from him.

We actually really love when Jin shows up. He is always bringing a lighter mini storyline with him and this time was no different. His take on money laundering was absolutely hilarious. But it was even better to see TC and Rick taking advantage of the situation just a little bit. Especially since Jin is usually the one doing the taking advantage. And the parts about Jin trying to find his non-romantic soulmate were surprisingly heartwarming and adorable. With everything going on with Magnum, we could definitely do to see a bit more lighthearted storylines mixed in. So anytime Jin wants to come around again, we’re more than okay with it. 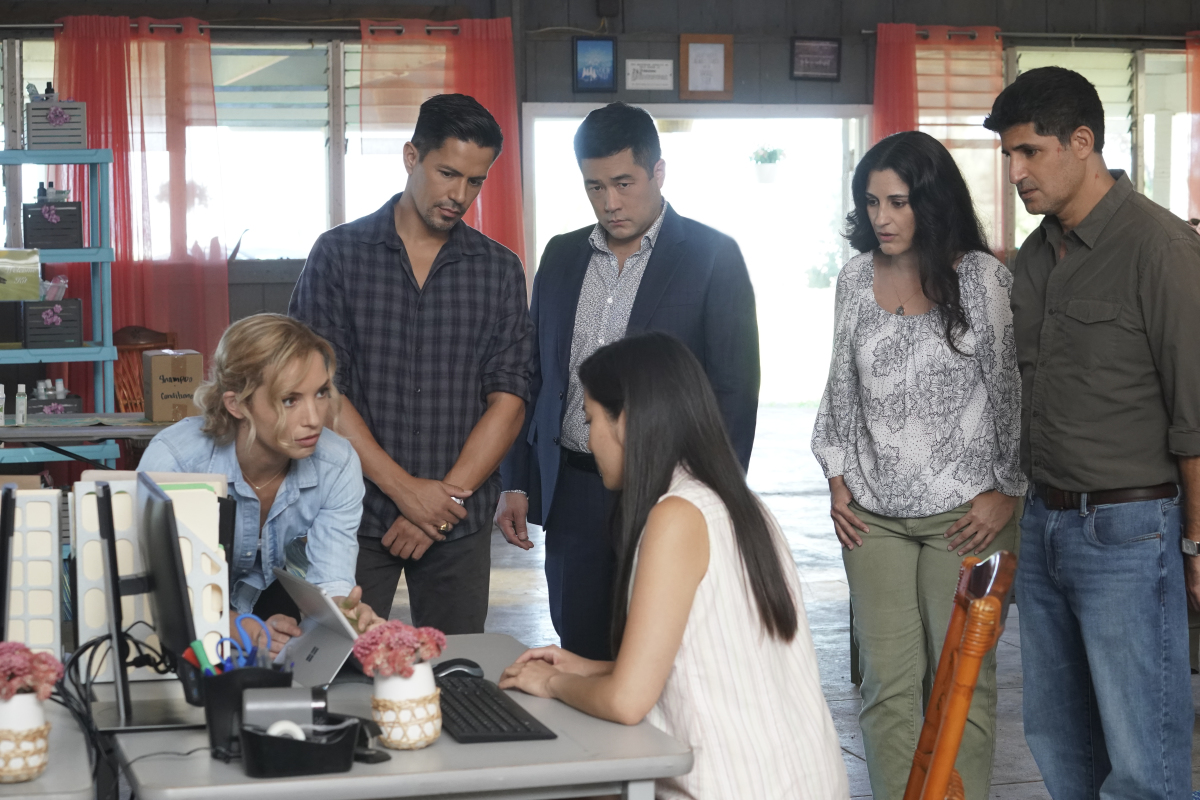 What did you think of Magnum PI 3×07? Do you think Magnum’s lack of sleep is going to catch up with him? Who is his mysterious stalker? What do they want? And why haven’t they shown themselves yet? Are you finding yourself as frustrated with the situation as we are? What did you think about Jin coming around and causing a little bit of trouble? Were you proud of how Magnum and Juliet handled the trafficking situation and were able to save the women? Find and follow us on Twitter @capeandcastle to share all of your Magnum 3×07 thoughts! Be sure to check out our site for more articles, podcasts, quizzes, and more on all things Disney and beyond!