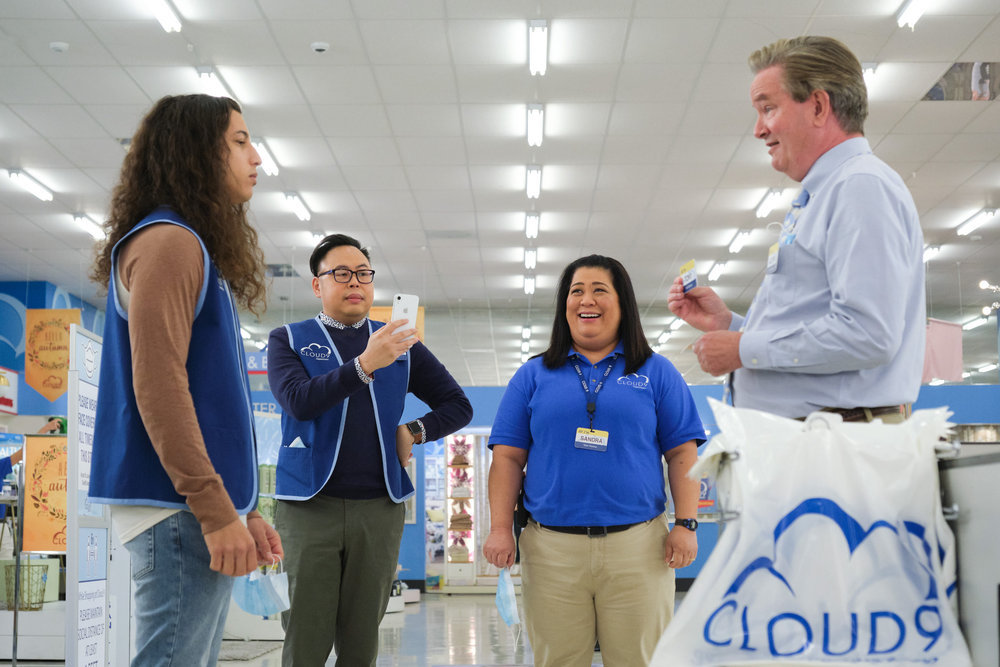 When Sandra’s son Tony comes to work at Cloud 9, it doesn’t take long for things to go South. But did we really expect any less? Meanwhile, Mateo gets a little too involved with giving Cheyenne advice on how to be a better floor manager! And Dina makes Garrett an offer of no strings attached sex since she and Brian have decided to have an open relationship! So keep reading for our Superstore 6×08 review!

Jonah being assigned to teach Tony about how to work at Cloud 9 seemed like a good idea. He’s probably one of the most motivated workers there. Besides Mateo and Dina. But they both had other things going on. So Jonah was the lucky one. But Tony proved to not be the best person for the job. Something that wasn’t all that surprising. And we knew the entire situation was going to blowback on Jonah and end up with him in trouble. And it didn’t take long for exactly that to happen with Sandra getting pissed at him and Glenn thinking that Jonah was jealous of Tony. 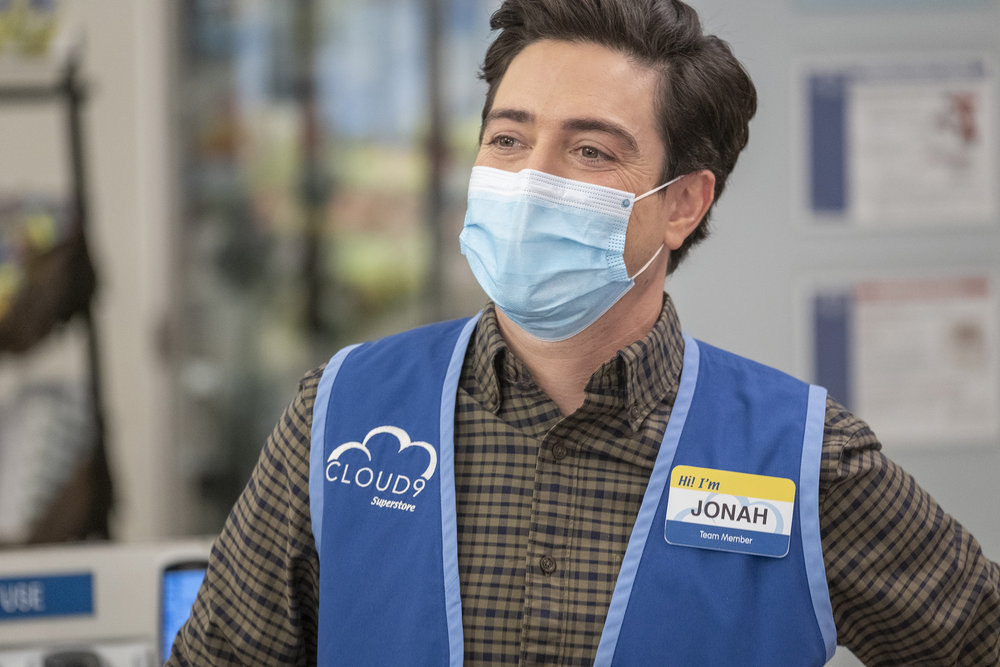 On top of dealing with Tony being more than a little slow at putting things away, he also was making his own decisions on where he thought things should go. But then he also decided to put it in Jonah’s head that Nia was interested in him. Which led to an awkward situation for him. Watching Jonah insult himself was pretty great, though. And then Jonah went and knocked Tony in the head. Which was hilarious but had the other employees turning on him. But Jonah wasn’t wrong. Sandra was doing more than coddling Tony.

It wasn’t surprising that Mateo missed his job as the floor supervisor. The job seems like it was made for him. But with his situation, he’s stuck as Glenn’s assistant. We didn’t need the tuna wrap made to look like an ice cream cone moment to understand how terrible of a job that is. So it was only natural for Mateo to jump on trying to help Cheyenne be a better floor supervisor. But we don’t think she really wanted Mateo to take her up on the offer of giving advice. She was clearly only saying it to make Mateo happy.

So it didn’t take long for tensions to reach their breaking point between Mateo and Cheyenne. They both have very different approaches to the job of floor supervisor. But we actually think that Cheyenne has been doing a pretty good job as floor supervisor. While her methods are unorthodox, they were working. Though it was pretty hilarious to see Mateo and Cheyenne imitating each other. Their friendship is way too strong to let their fight come between them. d

We expected Dina to want to avoid what almost happened between her and Garrett as much as he seemed to want to. But we should have known better. Dina wanted to discuss things and get it over with. Along with telling Brian everything that happened. She was making us so proud! What a way to have a good relationship. And then Brian and Dina told Garrett they were going to have an open relationship. So Brian was cool with Dina and Garrett sleeping together. Just sleeping together with no emotions. Yep, that was definitely going to work with no problems. 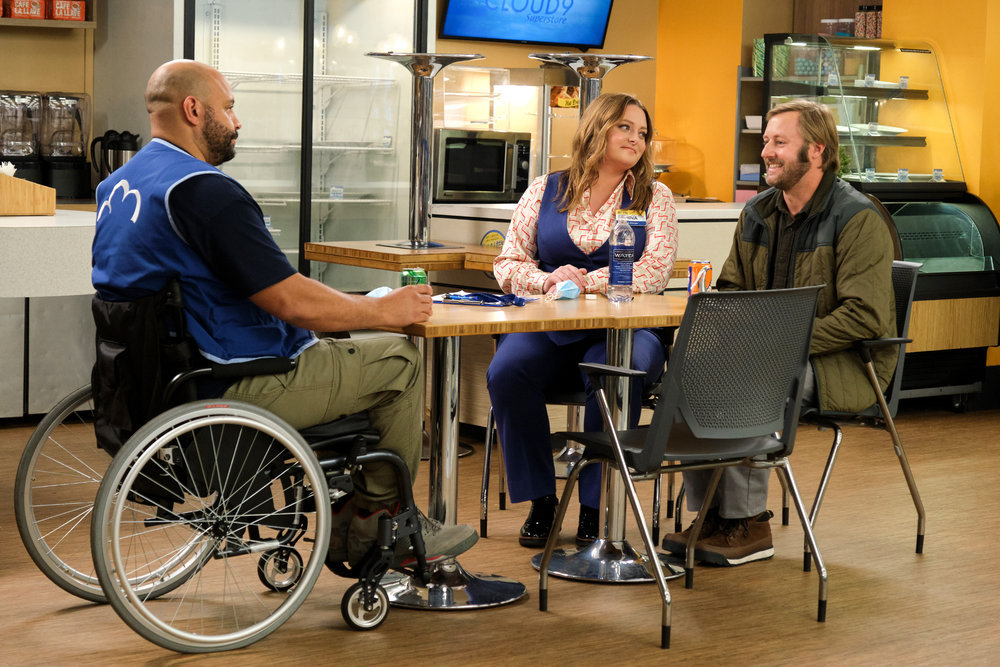 What did you think of Superstore 6×08? Do you think it’s a good idea for Garrett and Dina to try and have a no strings attached relationship? Or do you think their old feelings are going to come back to the surface and create trouble? Was Jonah too harsh with Tony? Or did he make some valid points? Do you think Mateo overstepped when giving Cheyenne advice? Or was he really just trying to help her? Find and follow us on Twitter @capeandcastle to share all of your Superstore 6×08 thoughts! Be sure to check out our site for more articles, quizzes, podcasts, and more on all things Disney and beyond!