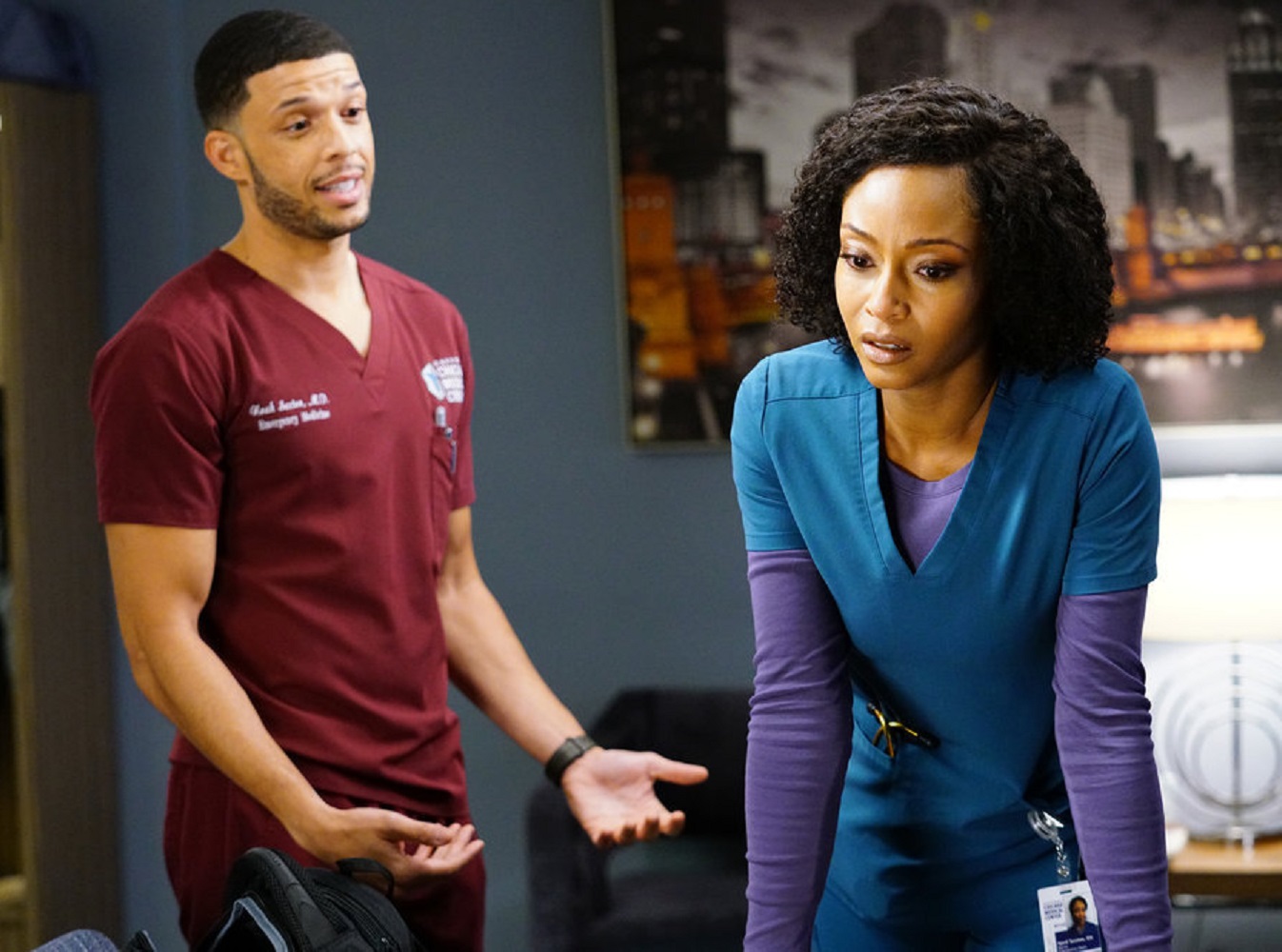 ‘Chicago Med’ 6×05 Review: “When Your Heart Rules Your Head”

April seemed to be running around and clashing with everyone in this episode! Between using Ethan’s feelings for her to help Noah and flipping out on Will, April was on the warpath! And I don’t think she was in the right with everything she was doing! Then there was Natalie who seemed caught between patient confidentiality and the fact that her patient was a minor. Big yikes! So keep reading for my Chicago Med 6×05 review!

Noah was back! Did anyone else totally call that he was going to bring trouble back with him? Because I definitely did. Noah excels at trouble. But this time around things didn’t seem to be quite so cut and dry. Regardless of whether or not I agree with it, Ethan was right when he said that assisted suicide is illegal in Illinois. And Noah put himself in a very bad position by leaving that lidocaine within reach of Coleman. But while I didn’t know how to feel about what Noah did, I didn’t like how April reacted to it. She can’t keep using how Ethan feels about her to her advantage like that. It isn’t right or fair. 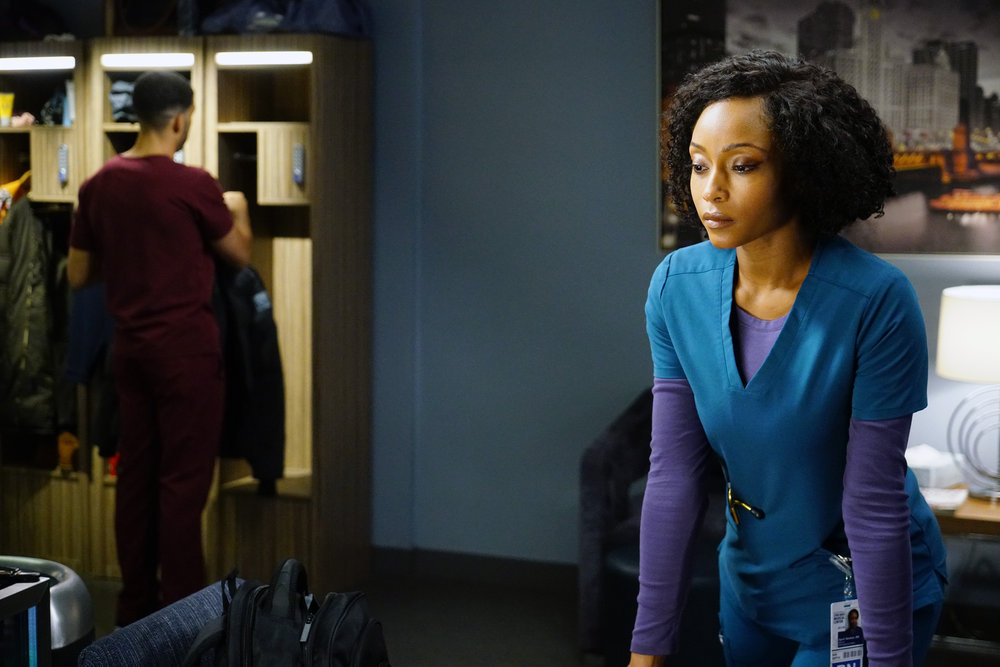 Ethan does a lot of shit that I don’t agree with. Especially lately with his new position. But what never seems to change is the fact that he’s in love with April. And she clearly knows it. While it’s not always as clear what April feels for Ethan it’s wrong for her to use his feelings for her to her advantage. And she can’t say she doesn’t know how he feels about her because it’s clear that she does. If April didn’t know how Ethan feels about her then she wouldn’t even attempt to try to get him to do things for her by saying “do it for me.”. April knows exactly what she’s doing and it’s wrong. I stand by that.

The partnership between Will and April looked like it was going to be short-lived with the way they clashed over a patient. It felt like April was clashing with everyone in this episode. Or maybe it was just me that felt that way. But between April using Ethan’s feelings for her to get what she wanted and coming at Will so hard, she seemed to be on a rampage. Although when it came to Will’s clinical trials, I can’t say I really disagreed with April’s point of view. But Will isn’t making the rules, he’s just following the ones that have been given to him.

Though I can understand why April wouldn’t jump to that conclusion since Will basically never follows any rules that are put in front of him. Like, ever. April did get her way once again with Will, though, and I don’t know if I agree with how they did it. Will rigging the test is so deceptive and you can’t tell me that isn’t going to come back and bite them in the ass later. On Chicago Med, those decisions always seem to come back around. Even if the doctors don’t usually have to face dire consequences for actions like what Will and April did. And I apologize if that sounded kind of salty but I just don’t get how they can expect anyone to follow the rules when nothing really happens to anyone when they break those rules.

Keep it on the Down-Low

Natalie hiding what Anna wanted from Charles was definitely a grey area. Yes, there are patient confidentiality laws, but Anna is also a minor. A pregnant minor. And would she not have had to use her father’s insurance to get treatment from Natalie in the first place? Or did I miss something there? Now I’m going to have to go do some research on where the line is with patient confidentiality when the patient is a minor. Either way, I don’t see it ending well for Natalie. Keeping a secret like that from Charles is definitely going to blow up in her face. At least, I think so. 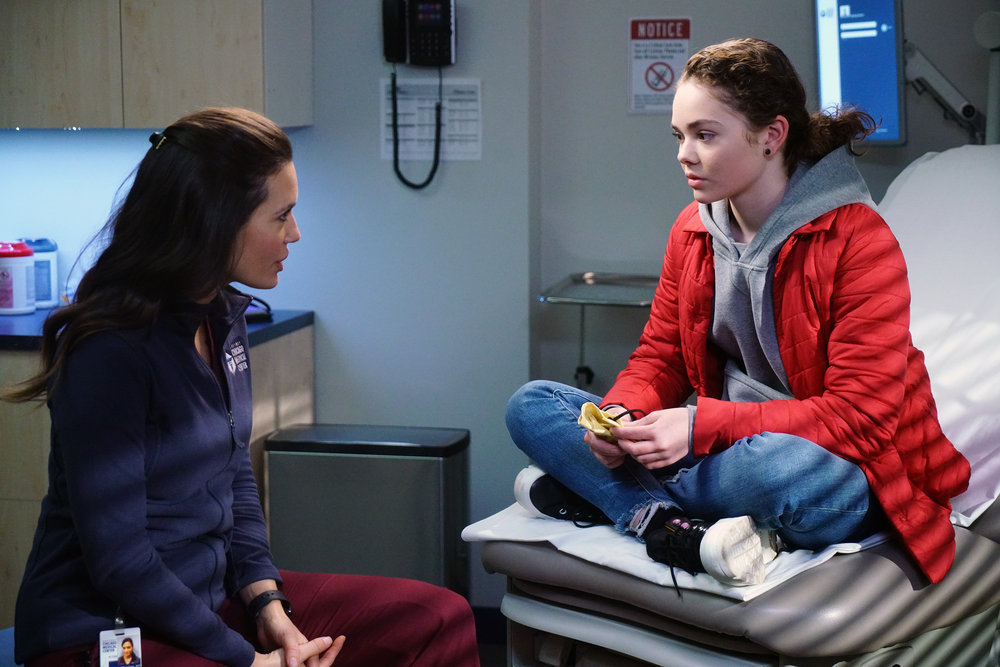 What did you think of Chicago Med 6×05? Do you think April is wrong for forcing Ethan’s hand when it came to Noah? Or was she just doing what she had to do to protect her brother? What did you think about how Will and April resolved their argument about the clinical trials? Were they wrong for rigging things or were they doing what was best for their patient and the trials? Is Natalie doing the right thing by keeping Anna’s secret? Or should she have told Doctor Charles since Anna is a minor? Find and follow us on Twitter @capeandcastle to share all of your Chicago Med 6×05 thoughts with us! You can also check out our site for more content on all things Disney and beyond!