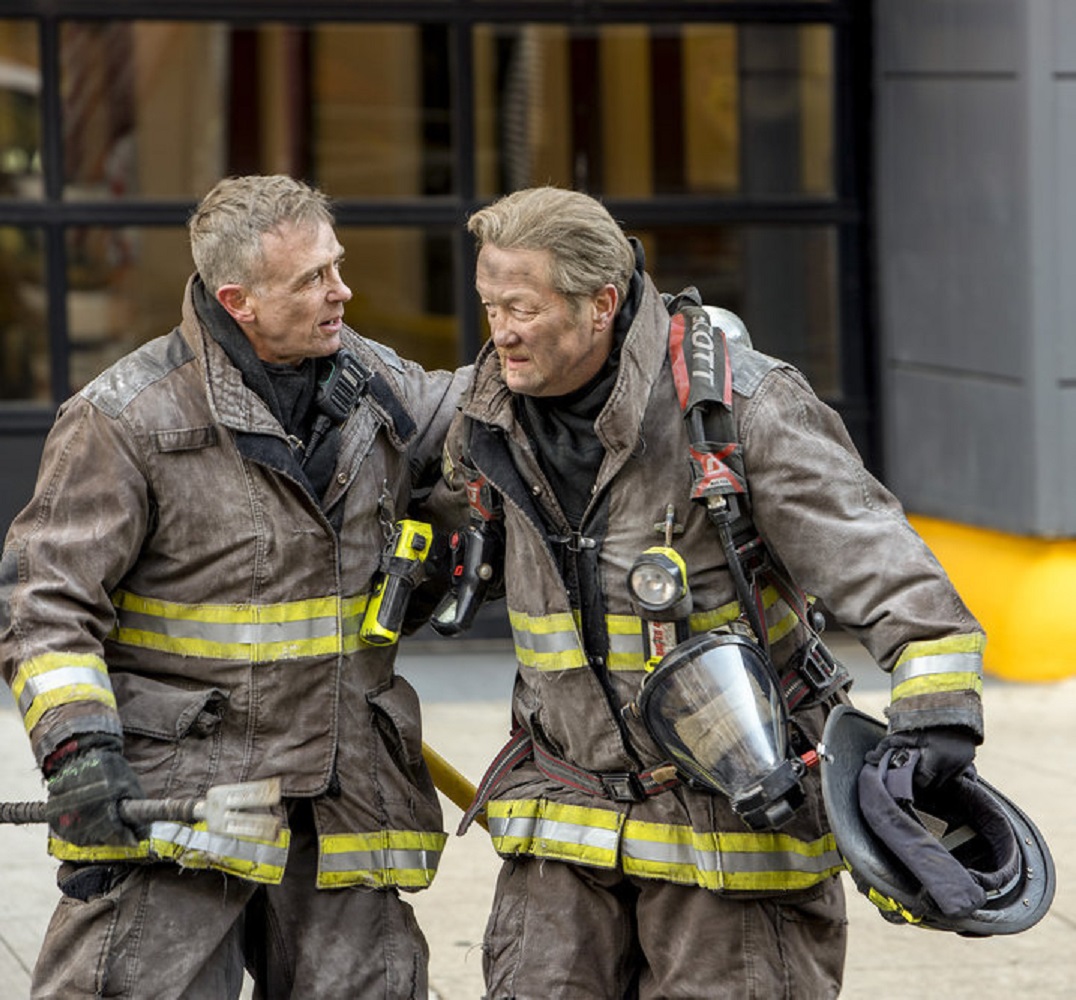 This episode switched things up a bit and ran a little differently than we are used to. The focus was on Joe and Herrmann. And the majority of the episode took place inside of an elevator! We were able to learn new things about Joe and Herrmann and this episode kind of left us wanting more like it every now and then. It was kind of a nice switch-up! And we loved that the focus wasn’t on the same characters it usually is. So keep reading for our Chicago Fire 9×05 review!

It’s always great when Herrmann is having a great day. We loved watching him come into the firehouse chipper and ready to go. He’s one of our favorite characters, and honestly, we would be more than a little okay for more storylines to be focused on him. But Joe wasn’t having the same kind of day, which was unusual. Joe is usually the one that tends to see the brighter side of every situation and can usually be seen with a smile on his face. It’s just one of the many things we love about his character. So to see the contrast between the two of them, with the focus of the episode being on them, definitely made things interesting. 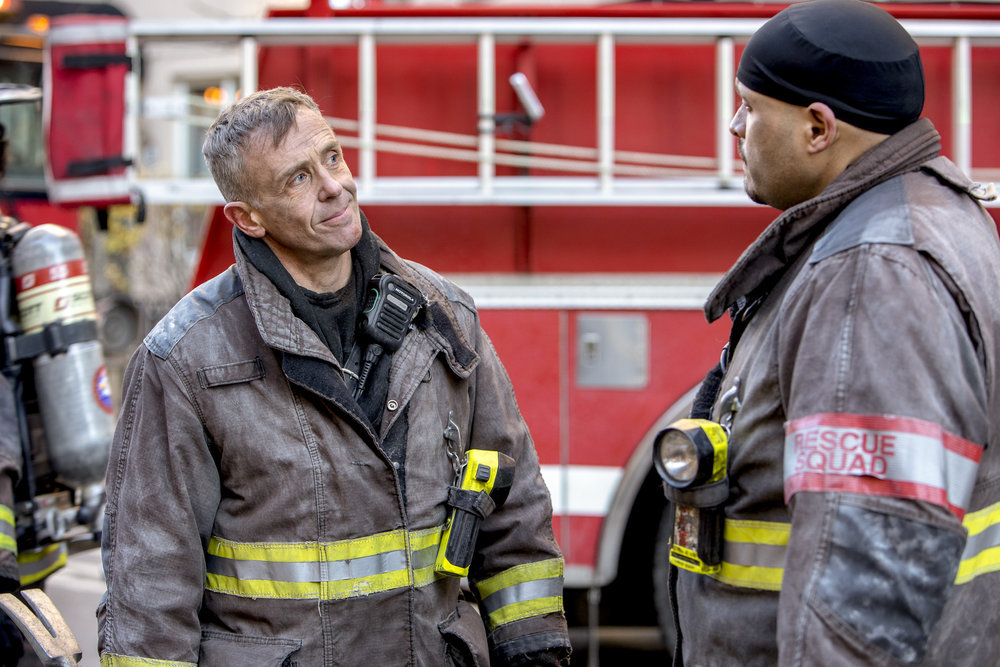 We were kind of surprised that Herrmann and Joe would take the freight elevator. Just because things like that never seem like a good idea. At least not in this show. And as soon as we thought that we were proven right when one of the cables snaps and the elevator crashes and traps Joe, Herrmann, Trevor, and Holly inside of it! That good day Herrmann was having certainly didn’t seem like it was going to continue down that path. And it almost seemed like Joe felt that something bad like this was going to happen to him that day with how out of it he seemed that morning.

This day was clearly going to be one from hell. As if being trapped in the elevator wasn’t bad enough, Herrmann and Joe had injuries inside to deal with. Trevor’s leg was clearly broken and Joe and Herrmann were left without communication access to the rest of the firehouse. We were on the edge of our seats with worry over what was going to happen to these two. With a show like Chicago Fire, it feels like no character is ever really safe. So to say we were concerned was certainly putting it mildly. Because the situation looked dire and it was only getting worse.

Were things bad enough for you here? Don’t worry, they got worse. Another cable snapped and Cruz told the others that if one more went, the whole elevator was going to go. Yikes. Not the news we wanted or needed to hear. Then Joe had to get us all in our feels by mentioning Otis and how well he knew what to do with circuit boards. But we were quickly drawn back to nervous when Holly made a stupid move in her panic and knocked herself out by grabbing the wires. Well done, Holly. Herrmann was able to figure out how to lighten the load of the elevator, which took some of the pressure of the situation off. But then they were worried about Mouch after learning he was in the midst of the fire.

Amid all of the bad feelings, panic, and worry, there was some good news too! Cruz revealed that Chloe is pregnant and we squealed in excitement! No wonder he was walking around in a daze earlier that day. He’s going to be a dad! Cruz telling Herrmann the news led to everyone in the elevator sharing things about themselves and doing a bit of reflection on their lives. And maybe Herrmann’s fortune cookie wasn’t so wrong after all since things started looking up for everyone involved. Mouch was okay, the communications came back and Herrmann and Cruz were able to get out of the elevator safely. 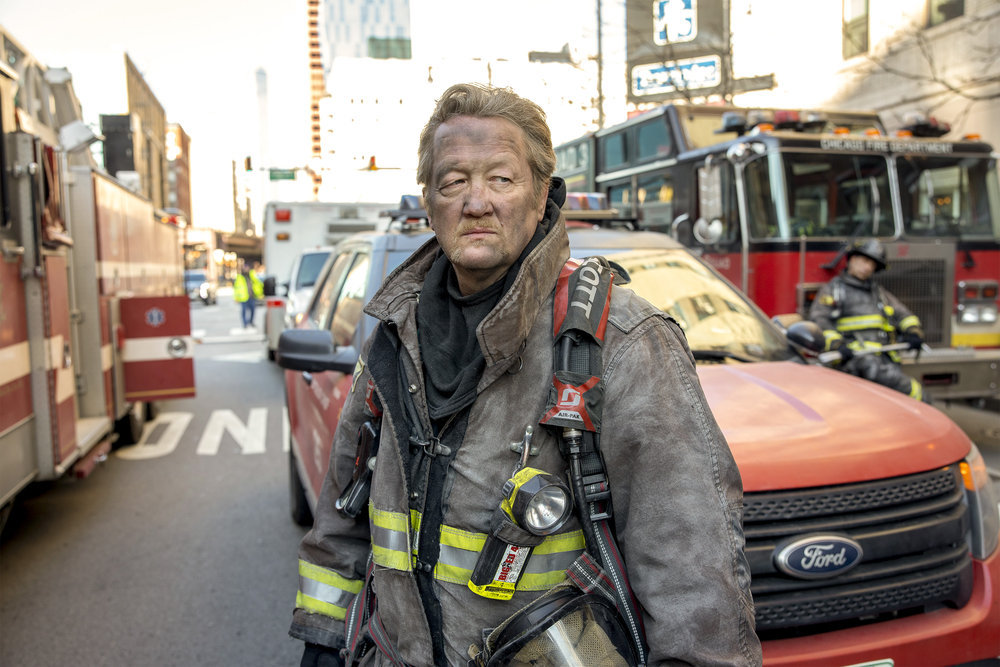 What did you think of Chicago Fire 9×05? Did you like the format of this episode? With the focus being mostly on two of the characters rather than the entirety of firehouse 51? Were you concerned that we were going to lose a member of our team? Or were you confident that they were all going to be okay in the end? Find and follow us on Twitter @capeandcastle to share all of your thoughts on the episode! Be sure to check out our site for more content on all things Disney and beyond!