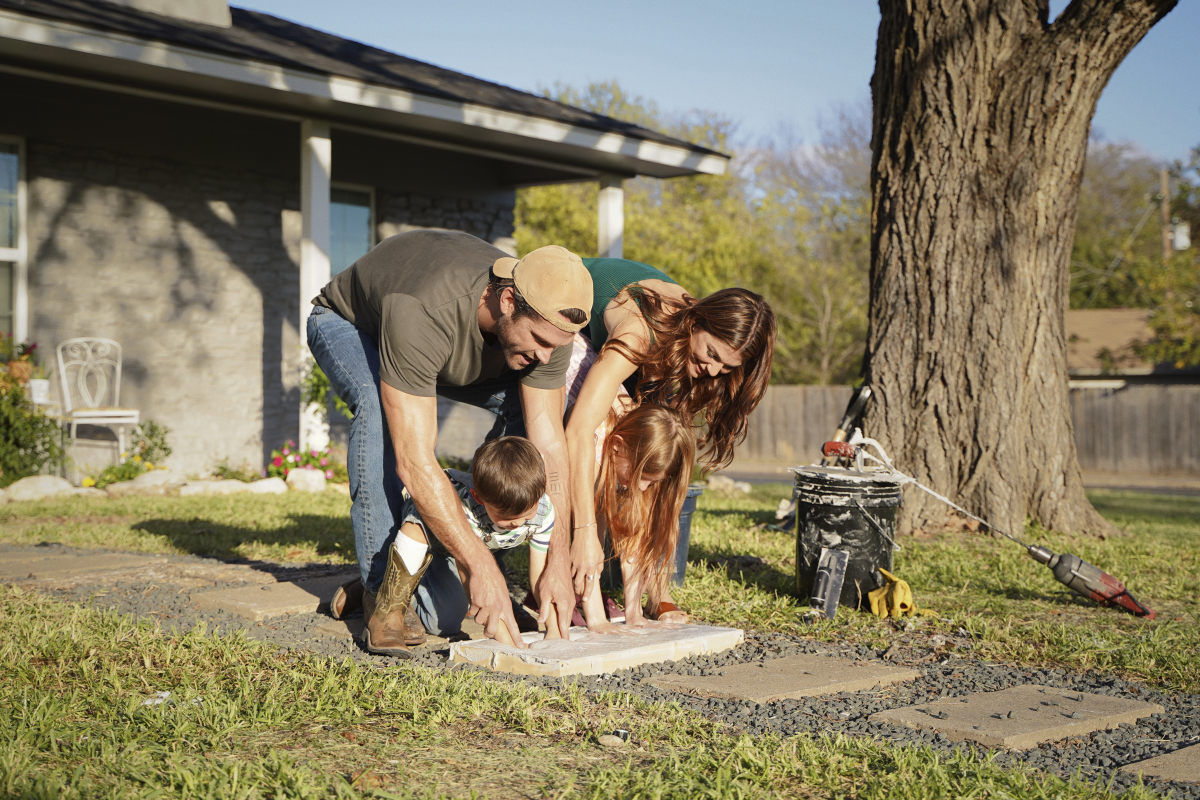 Cord is put off-kilter when he tries to get things back to normal only to find out that Stella and August have created new routines. With Liam. Meanwhile, Larry insists that Cord goes through recertification before he can go back to being a Ranger out in the field. Something that is easier said than done when memories of Emily bombard him. While he’s getting recertified, Micki looks into a barn fire. But official or not, Walker isn’t going to let his partner do anything alone. So keep reading for our Walker 1×02 review!

While Cord was gone, his family was there for Stella and August. Liam especially stepped up to try and be what the kids needed while his brother was away. But the new routines they’ve built with Liam were definitely clashing with Cord getting things back to normal as he wanted. And we can understand both sides of that. Of course, Cord wants to regain some sense of normalcy. It’s just something that isn’t going to happen overnight. But we’re sure that given a bit of time, Cord is going to figure things out. He, Stella, and August will figure out a new routine. One with Cord’s parents and Liam thrown into the mix for added support. 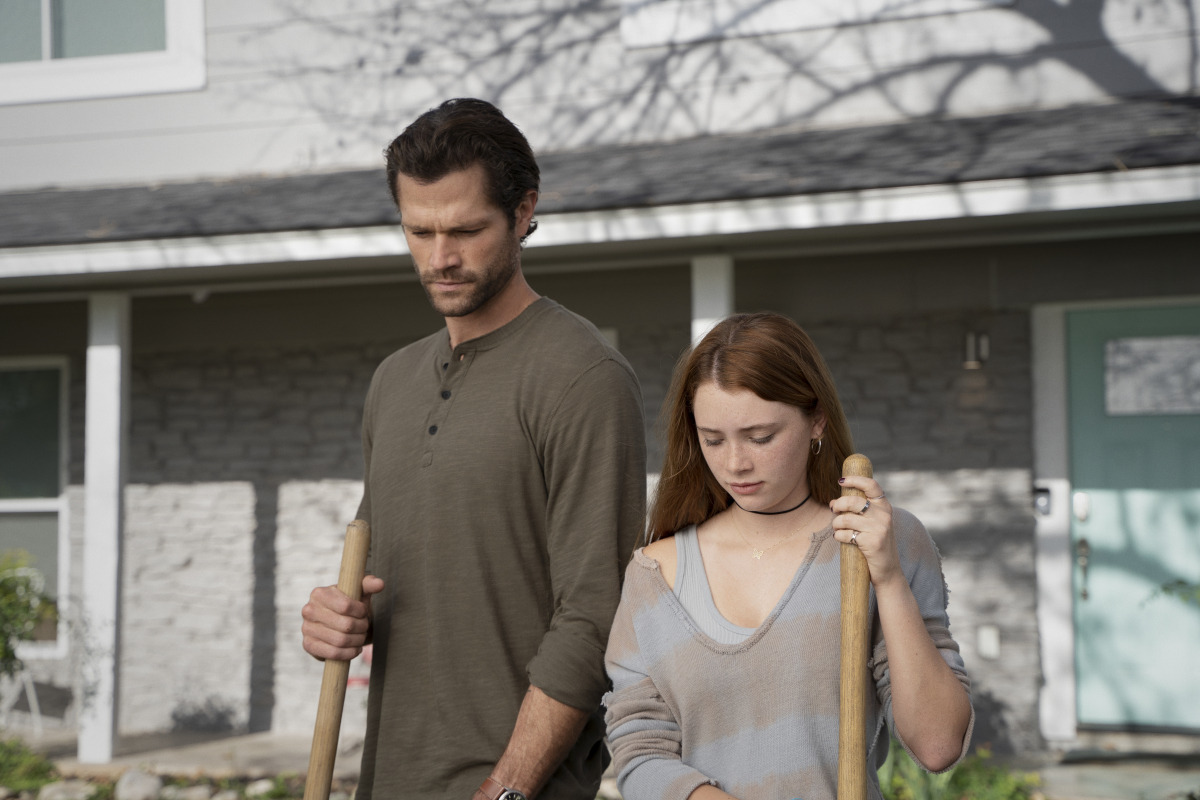 It was hard seeing Cord thrown down memory lane with Emily. But his flashbacks of Emily are a huge motivator for Cord to continue looking for answers about her murder. Cord learned that Geri was the one who closed Emily’s eyes but continued looking for why she was found holding a poker chip. That answer came from August when he gave Cord the present Emily was going to give him for Father’s Day. She had been so excited about giving cord a poker set, that she had gone around carrying a few of the chips around with her to show people. While we were glad to see Cord solve a few of the mysteries regarding Emily’s death, we were kind of disappointed that they didn’t help to point a finger at her killer.

We were kind of in agreement with Larry that having Cord recertify came at a perfect time. It’s clearly been a while since he was on the job in his regular capacity. So it’s understandable that Cord needs to show he still has what it takes. Something that almost didn’t happen when looking at the saddle Emily gave him had the horseback riding portion of his test not going so well. But we can’t really blame him. Cord has kept himself away from home for quite some time. Which means he’s kept himself away from those memories for all that time as well. It makes sense that coming home and seeing familiar places and items would send him down memory lane.

While Cord does pass his tests as far as being a Ranger, he still has a long way to go when it comes to passing the dad test. At least as far as Stella is concerned. But even with Cord’s absence, Stella dropping the bomb of Liam attempting to get custody of the kids had our jaws dropping. That’s a big yikes. But their wrestling match brought about some truths between the brothers and they ended up closer for it in the end. Liam just wanted to be there for the kids. It seemed like Cord had a better handle on his relationship with Stella afterward as well. And it can only go up from here. Right?

Cord and Micki have just started their partnership and Cord not being able to pass part of his recertification was not great. Especially since it left Micki looking into the barn fire situation on her own. At least in an official capacity. This is Cord Walker we’re talking about. And recertified or not, he isn’t going to leave his new partner to figure things out alone. Plus, Cord more than proved himself for the horseback riding portion of his certification. Cord and Micki taking down the bad guy the way they did was more than impressive. We’re going to be rewatching that scene for a while. So freaking impressive. Even if it did mean Cord missed out on his lunch date with Liam and his boyfriend Brett. Who just so happens to want to move to New York. 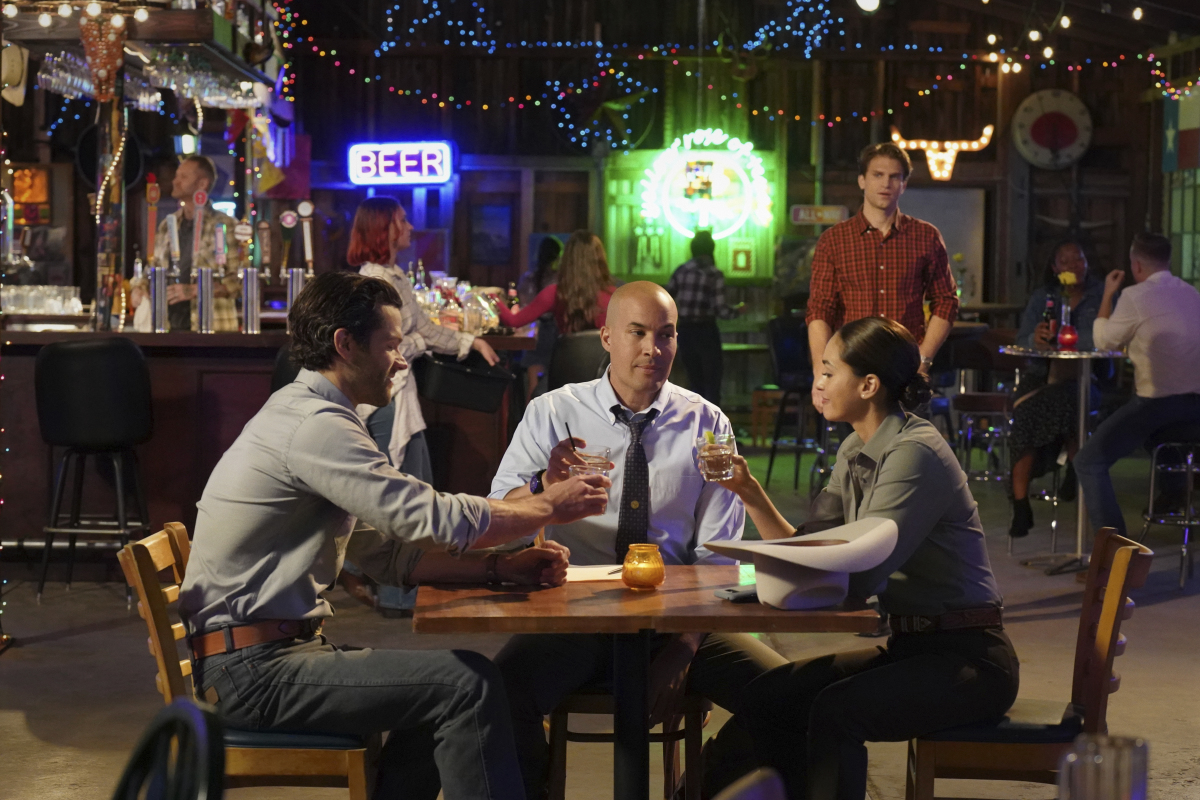 What did you think of Walker 1×02? Were you hoping Cord would find more clues about Emily’s killer? Do you think Liam will move to New York with his boyfriend? Can Stella find a way to forgive her father completely? Do you think memories of Emily are going to cause Walker to falter at work? Are Micki and Trey going to be able to adjust to him being home permanently? Find and follow us on Twitter @capeandcastle to share all of your Walker 1×02 thoughts! Be sure to check out our site for more articles, podcasts, and more on all things Disney and beyond!