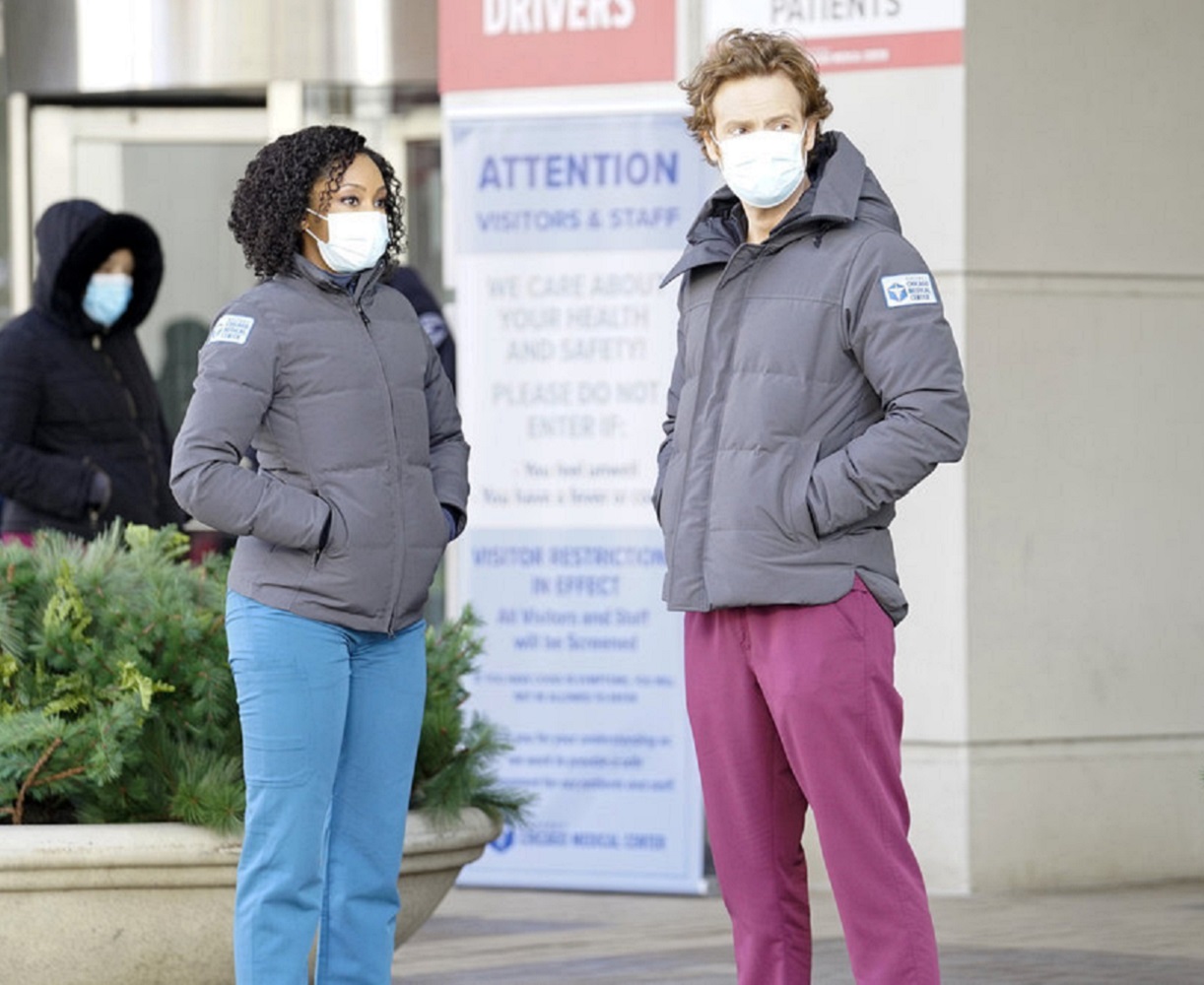 ‘Chicago Med’ 6×04 Review: “In Search of Forgiveness, Not Permission”

Ethan spends most of his time pissing off the rest of the staff while Will continues trying to go through with the drug trials. Defintiely breaking some rules along the way and possibly destroying his own morals. Meanwhile, Crockett and Natalie make a risky decision when it comes to a patient and none of us were surprised in the slightest. And we were shocked even less when they didn’t really end up in trouble. But we were left upset when Magge found out that Auggie is going to need a transplant because his kidneys are failing. So keep reading for our Chicago Med 6×04 review!

Too Much to Handle

Ethan certainly wasn’t making any friends in his new position. We understand that being put in his position and then having to deal with a pandemic is a lot to handle. And that certainly doesn’t make things easy. But Ethan could do to listen to Daniel’s advice on taking it easy on the staff. Ethan isn’t the only one that’s been dealing with a lot through this whole thing. Every single member of the staff has had to make tough calls and they’ve all been going through intense emotions and situations. So we were in complete agreement with Daniel that Ethan needed to ease up. Regardless of what was told to him in the marines, it’s Ethan’s job to not only lead but to take care of those under his supervision. 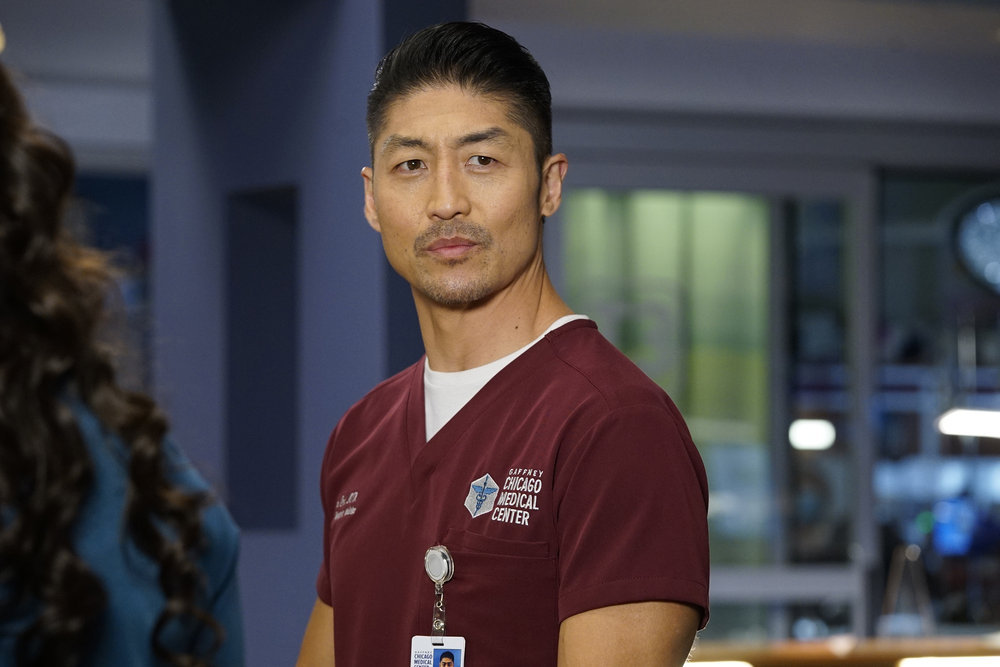 So we’re really going to need Ethan to pull his head out of his ass. And we definitely don’t blame the nurses for going to Maggie and complaining about him. Then Ethan even lost it on Doctor Charles and we couldnt’ help shaking our heads and wondering what is going on with him. Because saying that he was just having a bad day is not even close to being an acceptable excuse. Even if there was one. We definitely think Ethan needs to get himself under control. But we’re also left wondering if there isn’t something deeper going on either medically or in his personal life that’s leading to him acting this way. It still isn’t an excuse, but it would at least be an explanation.

It was nice to see Will and April teaming up for the clinical trials. Even if we still aren’t really sure how we feel about it or Will’s involvement. There always seems to be something shady going on when it comes to these trials. Like when Will went to that other doctor to get more patients. The guy was going to do it. But only if Will gave him money. What is this, black market patient dealing? We just can’t help but feel like these trials are going to do Will more harm than good. And while we don’t want to see that, we also don’t want to see April going down with it. All signs are pointing to this storyline not ending well for anyone involved.

But Will and April weren’t the only team-up we saw. Natalie and Crockett also found a way to work together when her patient was found to have a tumor. But then Natalie decided to go over Sharon’s head when she wasn’t given the answer she wanted about how to treat the patient. We’re gonna go out on a limb here and say that the doctors may be more inclined to follow the rules if there were ever actually any consequences when they broke them. But they always seem to get away with it. They usually end up being right and are able to save the patient. So that’s something. Either the rules need to change so the team can do their job effectively or the doctors should have some consequences when they break those rules.

Maggie has been through so much. Can we stop torturing her, please? Our hearts broke when Natalie said that Auggie was going to need a transplant. And while we’re trying to remain hopeful that Maggie is going to be able to find a family member that is able and willing to donate a kidney, it seems like a reach. It also seems like even if Maggie finds a family member and they are able and willing, that it’s probably going to lead to some trouble as well. But if anyone can make a miracle happen, it’s Maggie. She deserves all of the happiness and if Auggie doesn’t end up being okay, we don’t even know what we’re going to do. 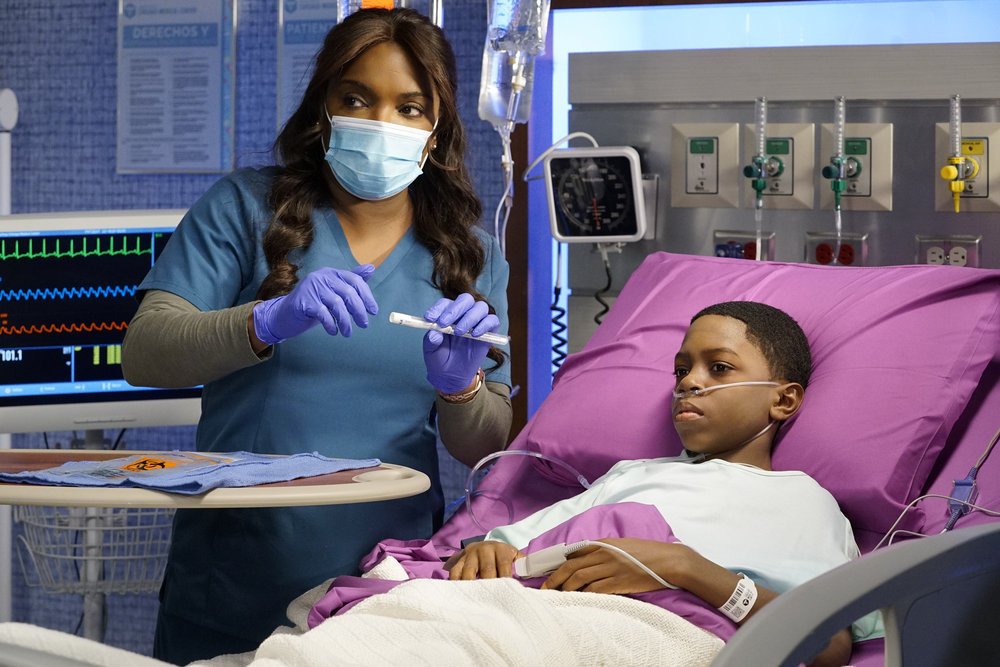 What did you think of Chicago Med 6×04? What do you think of the way Ethan is acting? Is there something else going on with him? Or is it just the pressures of the job? Are you concerned about Will’s participation in the drug trials? Does it seem like a bad idea to you that he and April continue with them? What did you think about the decisions that Crockett and Natalie made with their patient? Do you agree that the rules seem to be more like guidelines for the team at Chicago Med? Find and follow us on Twitter @capeandcastle to share all of your Chicago Med 6×04 thoughts with us! Be sure to check out our site for more content on all things Disney and beyond!